Remember this awesome wedding?  Well the photographer, Azuree Wiitala certainly gets some damn good weddings to shoot – check out this new one.  Proper vintage and (I would guess) Victorian style.  I particularly love all the authentic details and the muted tones throughout…It is almost gothic don’t you think?  Gothic Victoria..I like that. 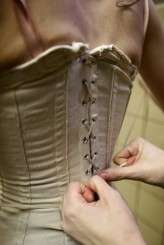 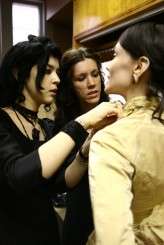 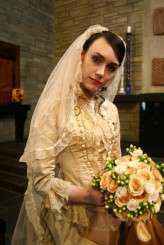 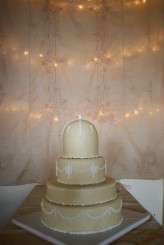 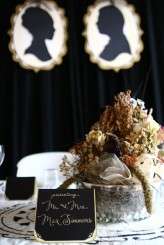 Mark and Clare were married at The Jacob Henry Mansion in Joliet, Illinois. With a church on-site it was not only the perfect backdrop for their Victorian vintage wedding, but somewhere they could have both their ceremony and reception. They loved their venue and styled the whole wedding around it's gothic elements.

Lex had studied Victorian literature for many years and therefore, has dreamed of having a gothic inspired wedding day for almost as long. When her and partner Marc booked a holiday to Ireland, they decided it would be the perfect time to get married, and so planned the whole thing in just three months! Joined by some of their closest friends with their families Skyping in for the ceremony, they planned a simple day that was relaxing and fun.