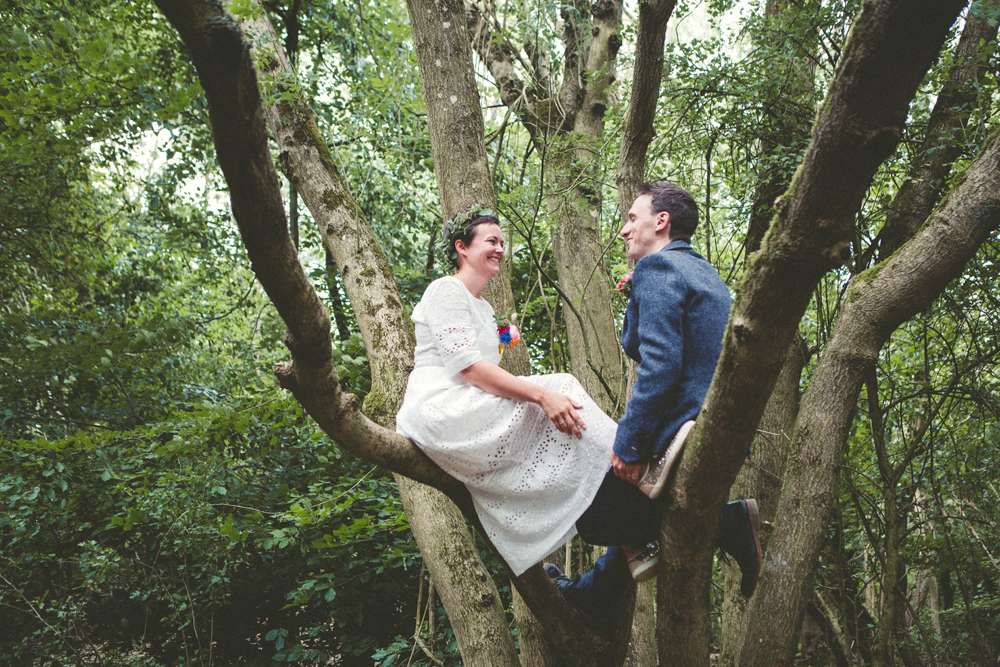 The wedding theme for Catherine and Tom’s summer celebration was simply all their favourite things coming together into a colourful mish-mash. This translated to colourful flowers, homemade cakes, high street outfits and a fun-filled barn reception. They tied up lots of greenery from the woods with ribbons along one wall of the space and because the barn didn’t have lighting, they strung up loads of festoon and fairy lights for the evening. 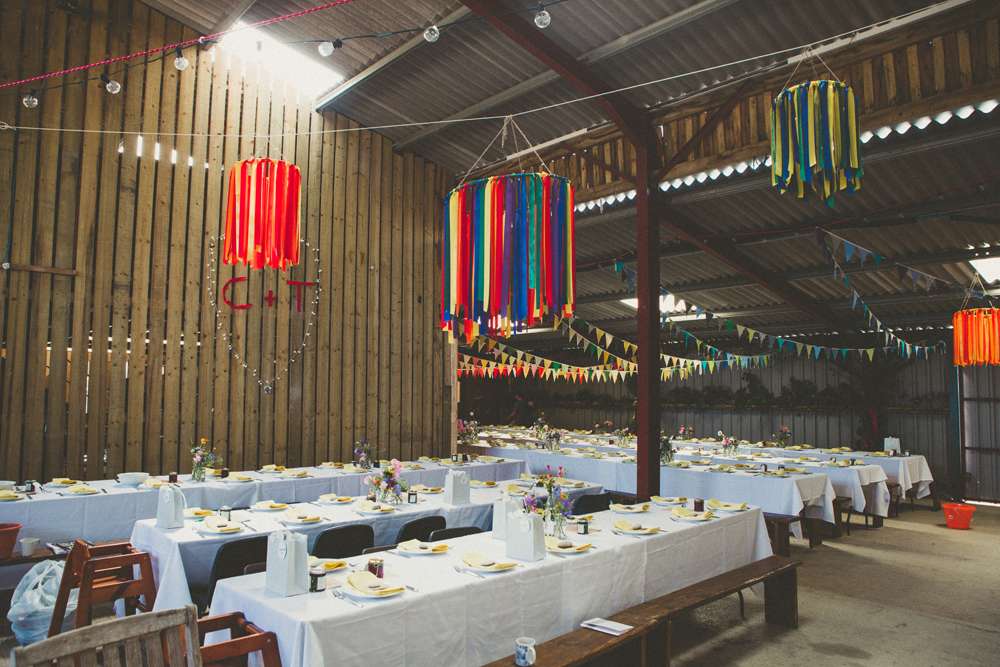 The day started with a humanist ceremony in the woods (they were legally married at the register office the day before). Catherine explains, “We were married under a gorgeous gnarly tree that we later climbed. After Liz, our friend who lead the ceremony, welcomed everyone, two friends read poems, a John Betjemen poem about jellyfish that seemed to perfectly describe the day we got engaged, and the other, I Carry Your Heart by E.E. Cummings, which was a favourite of mine from a book that belonged to my mum. Then we read promises to each other and exchanged our rings, which we had had made from family gold and had Walk with me Always engraved inside. We hung a hoop to the tree and invited everyone to tie a knot (the fabric we’d used for our bunting) to create a colourful rag wreath that we can use to remember the day. Then finally we all sang Wild Mountain Thyme, a folk song that Tom and I have many happy memories of singing together. I played guitar (very amateurishly) and our friend Ali played cello (very professionally).” 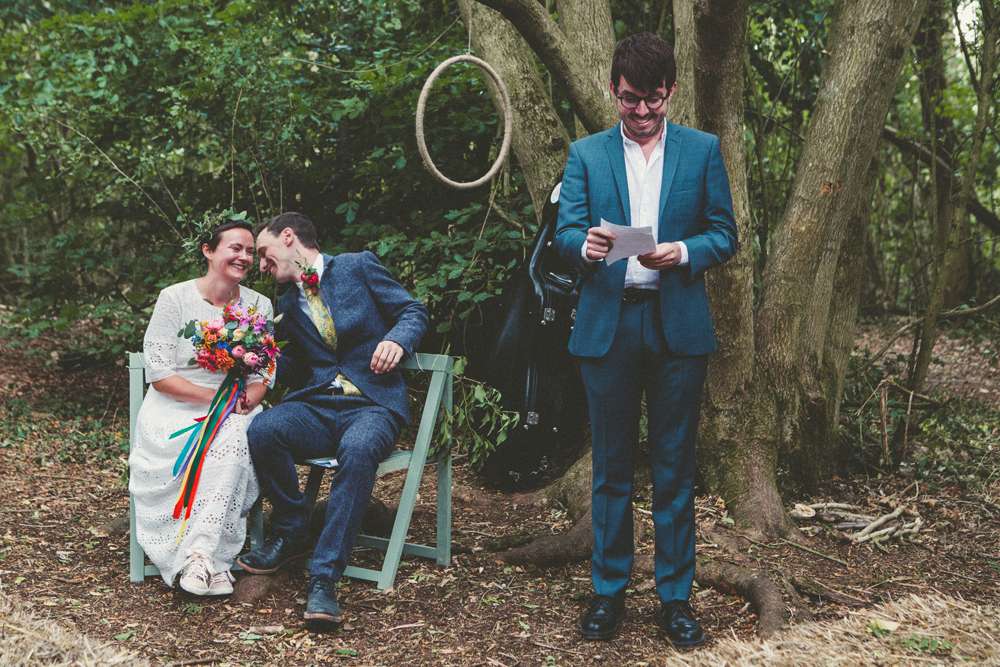 Self-admittedly not a very ‘girly-girl’, Catherine wanted to make sure she wore something that made her feel comfortable, and most importantly, like herself. This meant no big white gown, instead she found a simple dress at French Connection. “I love being comfortable and able to move, and I don’t like man-made fibres, so ‘proper’ wedding dresses were a bit of a no-go area for me”, she said. “I bought my dress on a whim, it was on sale last summer. I kept looking for another dress for a good few months after that, but nothing made me feel as good as that one. I got my shoes from Debenhams. I thought about trying to wear ‘proper’ shoes, but am so pleased I decided not to. I was so comfortable and felt gorgeous all day. Some of my bridesmaids were hugely relieved when I told them I’d be in trainers, it gave them extra permission to just wear what made them happiest, which was always our motto.” She also kept her hair and make up simple, doing both herself. She rocked glitter eyeshadow and not much else! 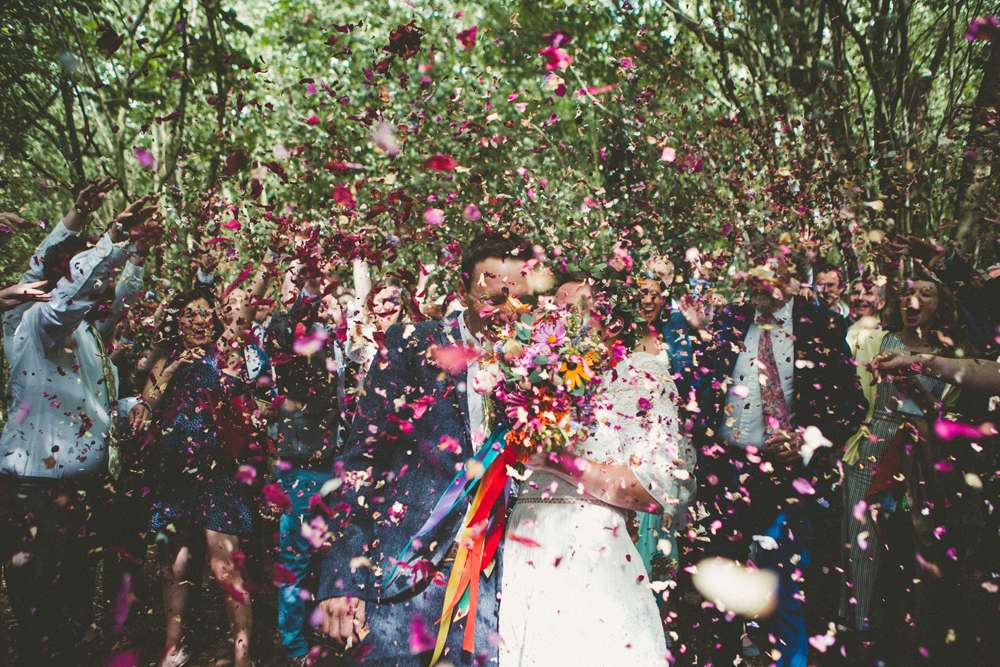 Both the cakes and the majority of the flowers were contributed by friends. They also designed and printed the invites themselves. “We had a village fete style cake table, with contributions from guests. Our friend, Harri, arranged it and commissioned amazing prizewinner’s rosettes, so we could award prizes during the speeches. It worked really well – it looked great, was a really fun element to the day, and saved us money on dessert!” 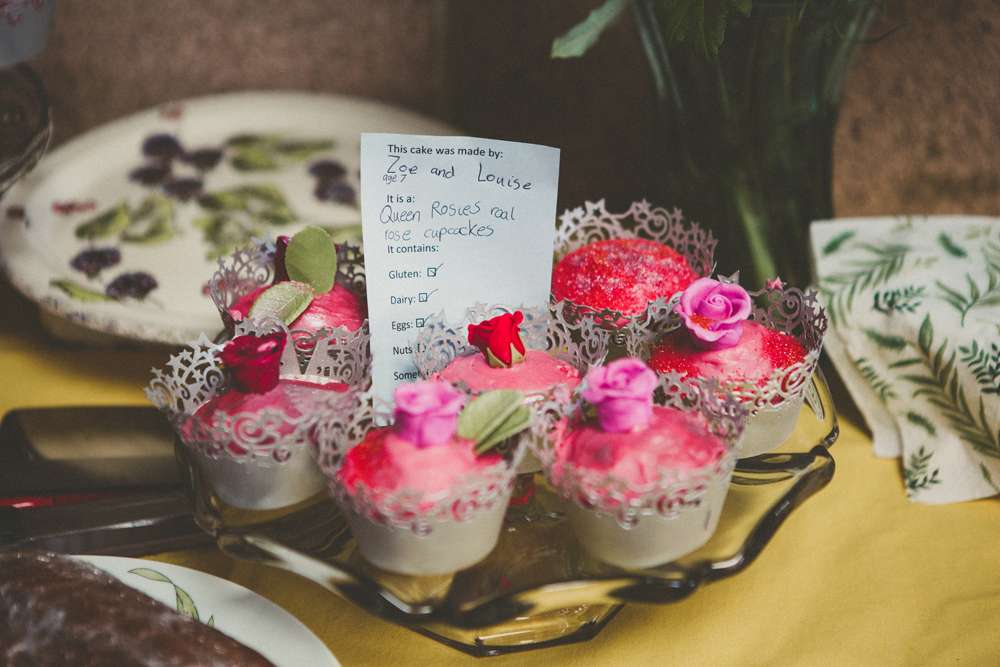 “Our friends Liz and Adam grew most of the flowers for the tables and barn decoration on their allotment in Oxford. They arrived in a taxi on Thursday night, and we added to them with a 6am trip to the Bristol Flower Market on Wednesday morning. They were absolutely gorgeous and one of my favourite parts of the wedding preparation was arranging the jars and bottles with all our friends on Friday morning. I asked Lily from Fox and Petal, a friend of a friend, to do the bridal party flowers and corsages and they were amazing – she had a pretty loose brief (a bold and bright wildflower vibe) which she interpreted perfectly. Each bridesmaid had their own ribbon colour to tie their corsage or posey, and I had them all together to tie my bouquet.” 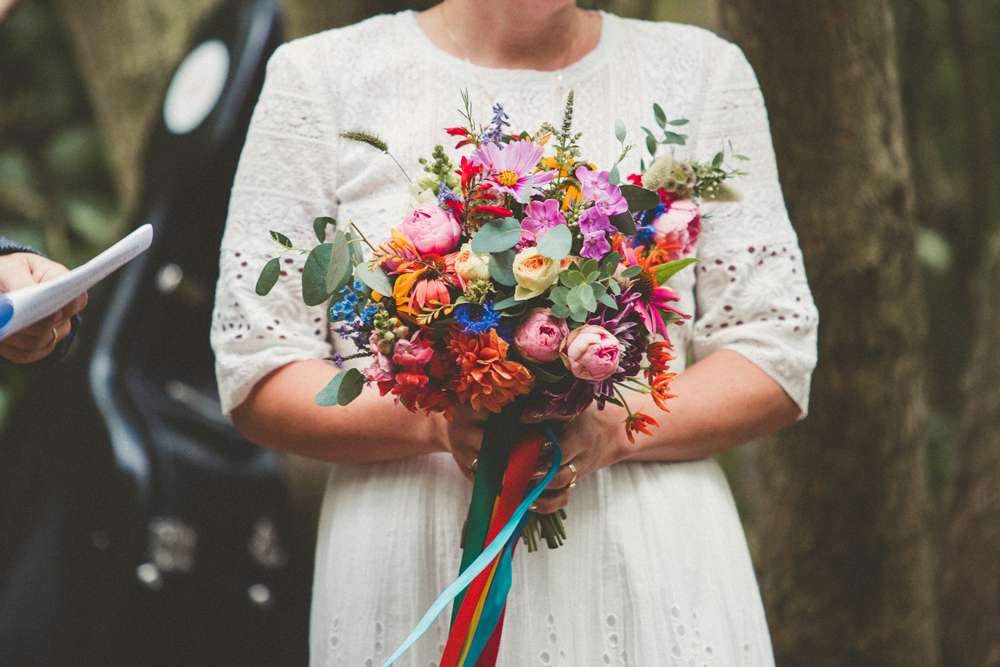 “Overall we were inspired by a small festival in Wales we go to every Summer, which has lots of fire, a torch-lit procession, folk music and dancing into the night with friends. It was a huge amount of work, and it did take over our lives slightly in the months before but we really wanted it to be a meaningful experience for everyone, so in some senses we might have gone slightly over the top. But I wouldn’t have changed any of it, it was definitely worth the work.” 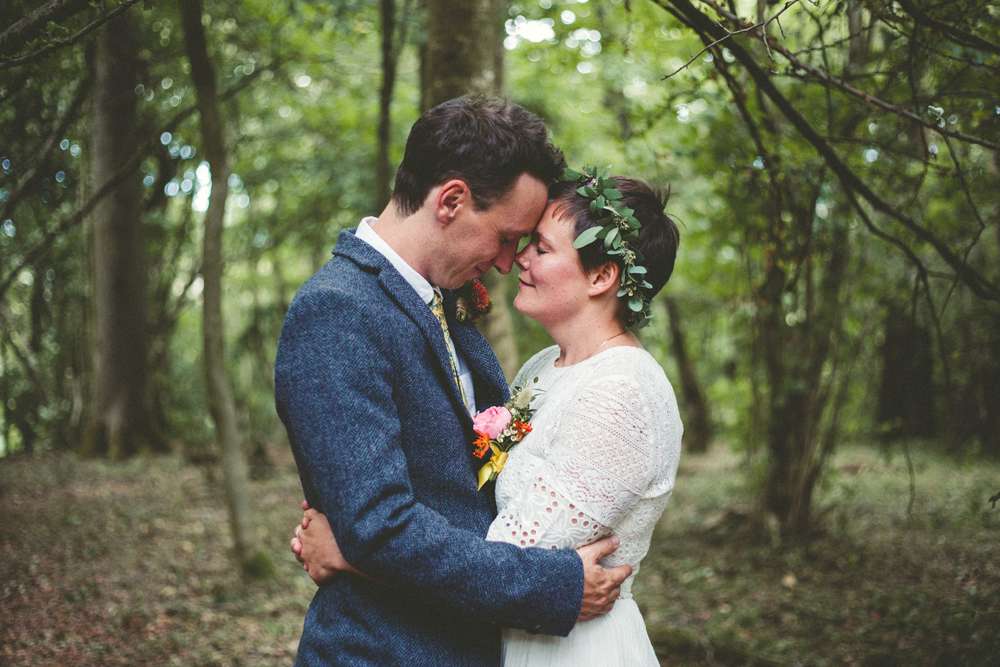 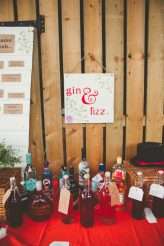 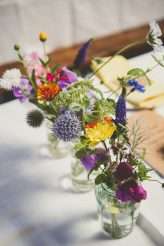 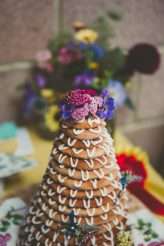 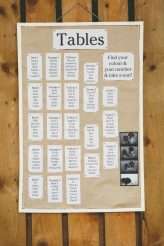 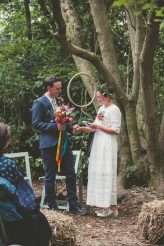 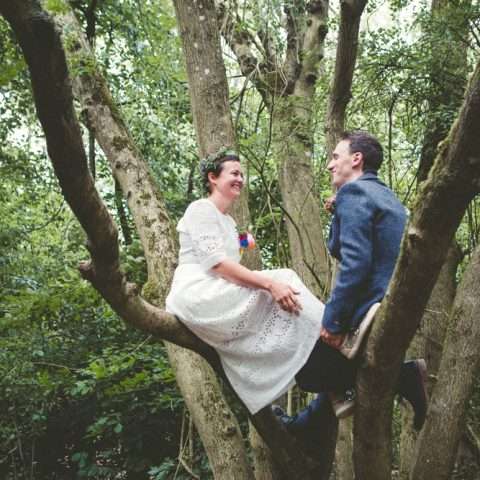 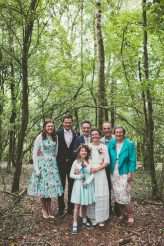 Festival weddings aren't going anywhere and I for one couldn't be happier about it! I mean what's not to love about all this colour, creativity and fun!? And when a wedding is lovingly DIYed entirely by the couple themselves, well, you better believe we're going to want to share it with our readers!