Deirdre has been a mother of the bride twice, most recently last summer for her youngest daughter, Rachel, but the first time for me! Yes, this article is written by my very own mother and she has something she wants to discuss…

As a past a present mother of the bride, I have noticed that there are a lot of negative stereotypes around us. The assumption that all MOBs are overbearing, “mumzillas” who are just out of touch and “don’t get it” is not only hurtful, but incorrect. As a mother I only ever want what’s best for my daughters, so I thought I’d try to explain why some of us might act the way they do when it comes to their weddings!

Traditionally mothers of the bride would have done the lion’s share of the wedding planning. Way back in 1982 my mother did everything from deciding on the venue, the catering, and the guests (who were mostly relatives and their friends). They also paid for everything. I didn’t even choose a new dress as I wanted to wear the one she wore in the 50s. My one contribution was managing to squeeze into it on the day! I simply turned up a few days before, did everything that was expected and left Mum to clear up after the event. Not an ideal way to do things perhaps but for me it was almost totally stress-free!

Today most couples live together before they marry and they have their own views and want to be in charge of the event from start to finish. Rock n Roll Bride champions this element of weddings and the phrase ‘your day, your way’ has long been the mantra of the age. You can see that this can cause a ‘perfect storm’ scenario – especially if the parents are paying. Of course you want to have the wedding you want, but most likely your parents still want some input too. Any relationship needs to put communication and compromise to the forefront, and this situation is no different. So rather than stamping your feet or assuming your mother is just being difficult or “doesn’t get it” why not think of ways you can both win? 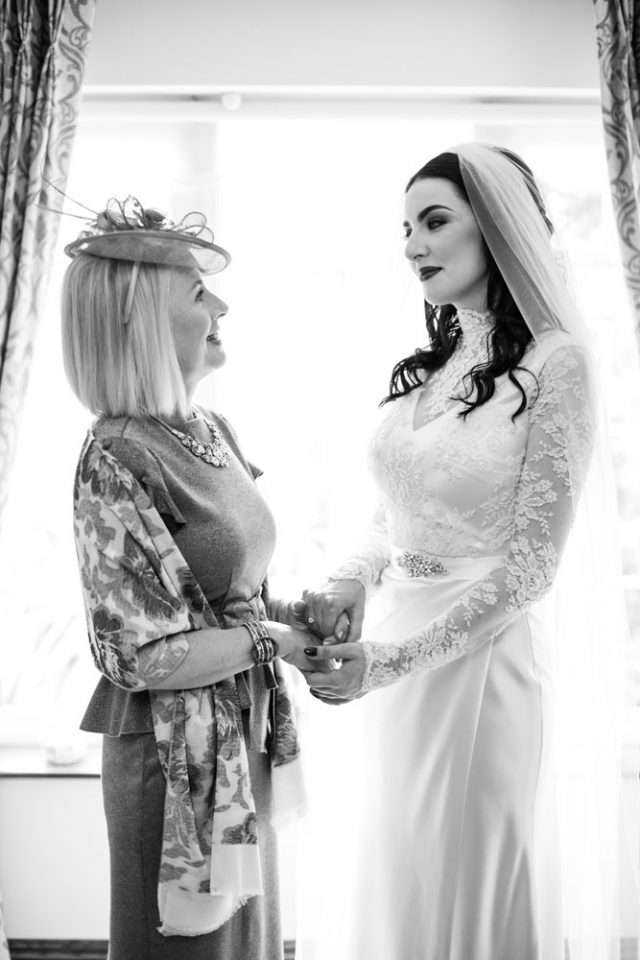 There are probably parts of the day that are most important to you, and others that are most important to your parents. Maybe your biggest concern is having a band you love, or the reception decorated in a style that reflects you, but your parents might really like it if you had a certain type of ceremony or if they could also invite their friends. Does it really take away from the day by allowing them to have control of some of the elements? Both you and your parents should consider what you think is really important and then be able to openly discuss your ideas and feelings without fear of a backlash or refusal from the other party to consider the other person’s view.

However what we really need to do is avoid is taking on-board unhelpful stereotypes about how brides or mothers of the bride behave. I was a watching a TV programme about particularly expensive weddings recently and I easily found myself thinking ‘how self-absorbed that bride is!’ or ‘what a silly overindulgent mother!’, or ‘they are crazy to spend so much on one day!’ In fact these thoughts reveal more about me than about the subjects of my judgement – and so it can be for all of us when we slip into this sort of thinking. So how can we avoid this and start to appreciate what is really going on for the other party instead?

It has been a very long time since I was a bride but let me share some of my ‘mother heart’ desires for my daughters instead. Probably like many mothers, I started thinking about my children’s life choices and life partners each time I discovered that I was pregnant. It’s a very deep connection which is at the root of all mother/daughter bonding. Perhaps that’s why when mothers are being controlling, they are actually just struggling to let go of all that has connected them from the womb. Add to this another 25+ years of watching, worrying, waiting, loving, helping and praying… and that’s a lot of hope and emotion going into one day!

This might also explain why, when there is a definite emotional and legal change of circumstances (such as on a wedding day) that mothers want a lot of input. I know for me anyway, I felt it was really important that the people that had been there as my daughters were growing up were included in the day. Whereas you might not understand why you should invite someone ‘you hardly know any more’, to your mother it may feel vital that they are there! This also might be reflected in your mother’s desire for a certain type of ceremony, lots of group photos, or mentions for people in speeches.

In conclusion I’d like to encourage you to let go of those negative mother of the bride stereotypes and assumptions. At the end of the day, I’m sure your Mum just wants what is best for you. She might not communicate her feelings very clearly, but if she’s anything like me I know she’ll be feeling very emotional as you embark on this journey to get married. So cut her a bit of slack and remind her that you love and appreciate her if things get a bit confrontational! This is a massive life changing moment for her as well. In fact I’d like to dare to propose a new wedding day mantra: Our day, our way! 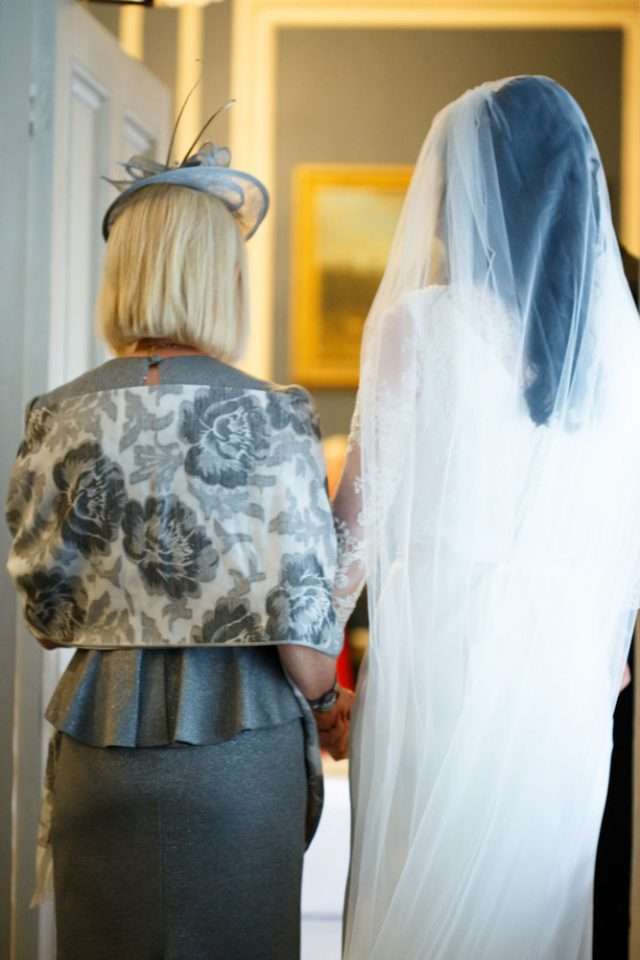 This article originally appeared in Rock n Roll Bride magazine, issue 5. Issue 16 is now available via our shop, or you can grab one in WhSmiths, Sainsburys or at your local newsagents.

Photos from Sorcha and John’s gorgeous Irish wedding which will be featured in full on the blog soon!