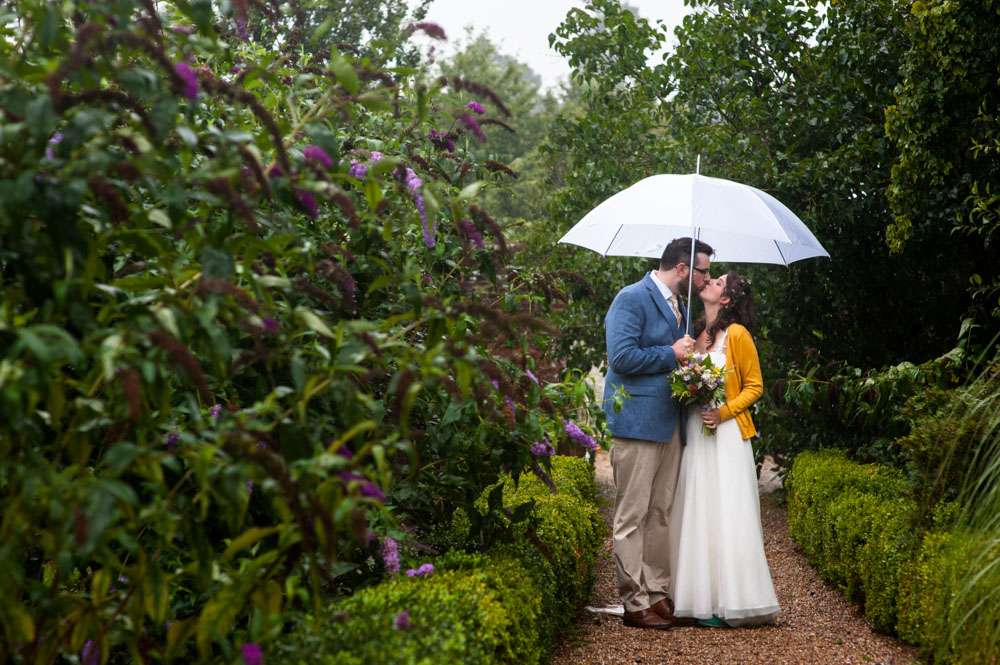 Rachel and Daniel were married at The Secret Garden in Kent during August. They planned a glorious outdoor summer wedding but the great British weather had other things in mind!

“Our ceremony was supposed to have taken place in the lovely walled garden, under an arbour”, Rachel began. “However the skies opened and we ended up getting married in the beautiful, restored Victorian glasshouse instead. They had made it look so pretty and it made for a very intimate and cosy ceremony.” 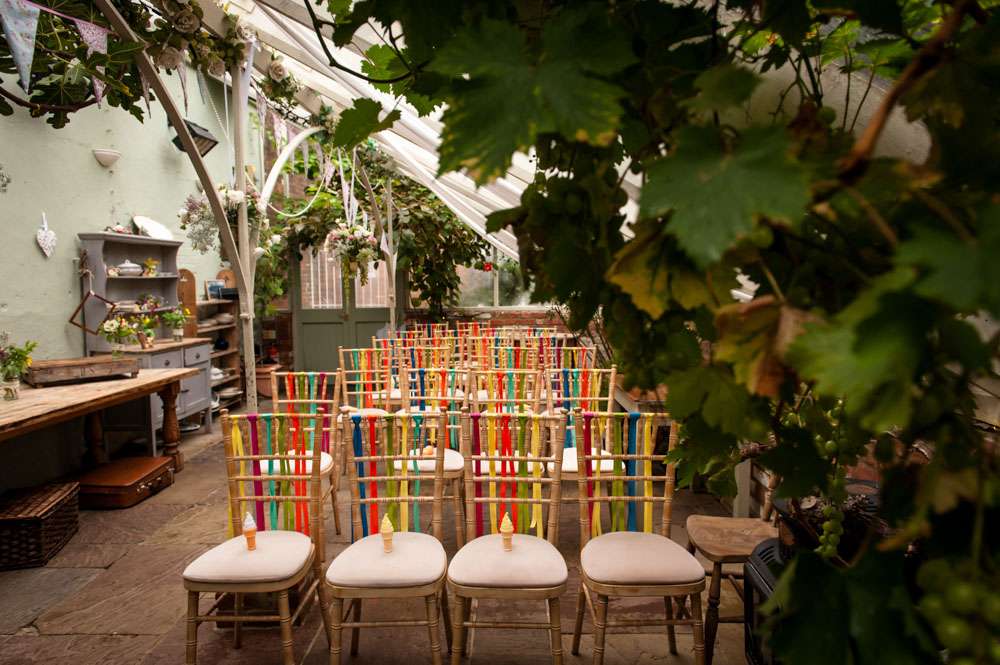 “Right from the beginning, we knew we wanted a special, relaxed day without spending a small fortune. We had a small wedding with just 22 guests which instantly cut down our costs. In total we spent £3000 and our biggest single expense was the venue at £1000. We also got married on a weekday, so you’ll find that many venues offer lower costs for weekday or Sunday weddings. Our food was included as part of our package, we bought our own wine, did a lot of DIY and our outfits came from the high street. The flowers were one of my favourite parts of our wedding day and came out of a garden!” 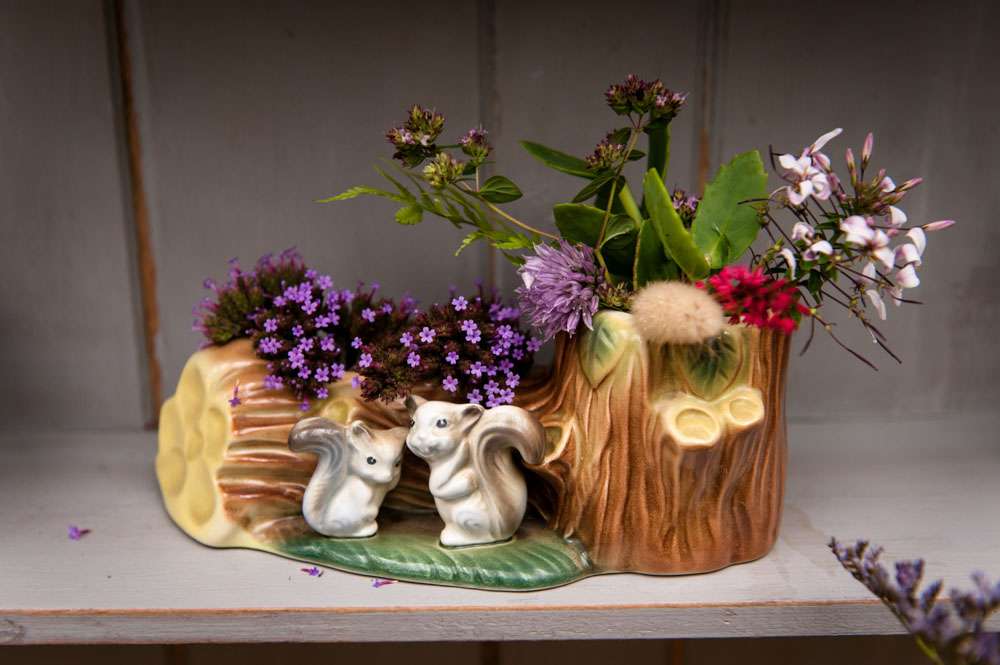 The bride wore a dress from Monsoon Bridal and Primark shoes, although she changed into wellies because of the rain for most of the day. “We did lots of DIY. I too lots of inspiration from Rock n Roll Bride, which I read constantly from getting engaged right up to the wedding. It’s never too late to add ideas into your day. I really enjoyed seeing other people’s special days on the blog and all the great ideas other people have.” 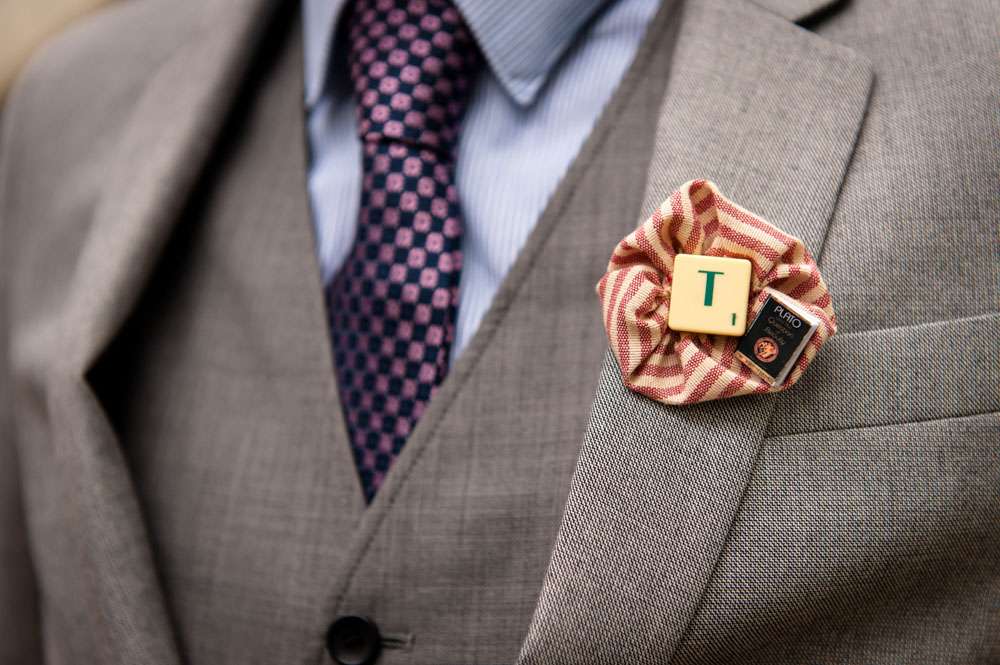 “I made all the place settings (luggage tags, hand written names and animal stamps with woollen pom poms). I also made the buttonhole badges for all the men in the family. My sister in law helped me to make our wedding invitations which were based on the Pixar short film, The Blue Umbrella. I’m not a fan of matching things or colour themes so there was also lots of colour – in the wild flowers, the coloured ribbons on the chair backs and I made different coloured pompoms for the place settings.  We also made each other’s wedding rings out of silver! We did this at Rachel Jeffrey’s Jewellery School in Hertfordshire, which I also found out about through Rock n Roll Bride! It was affordable, fun and really special.” 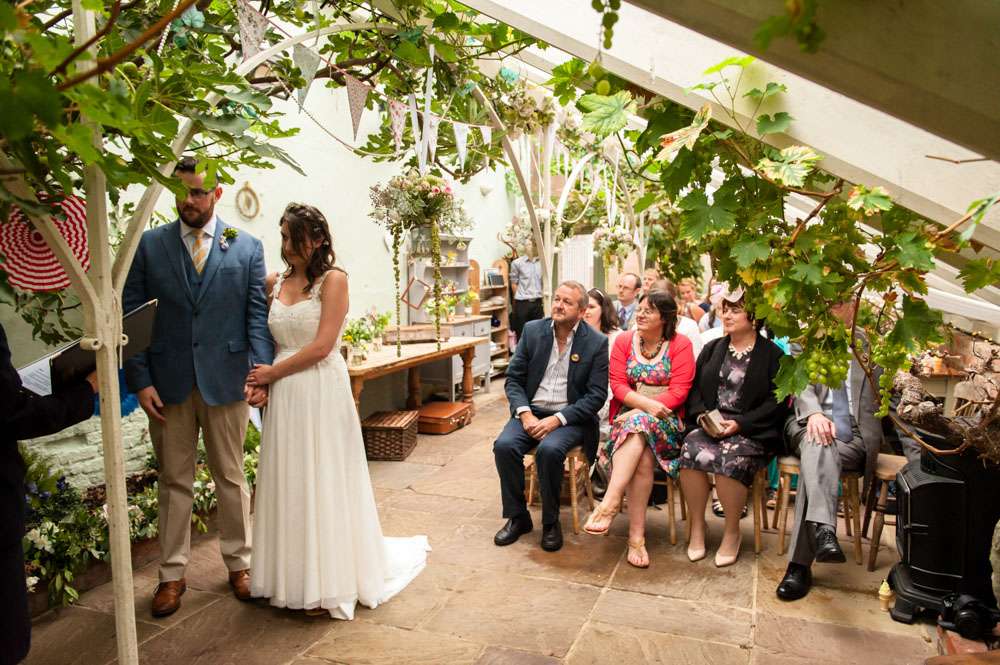 “If I had to name our theme I would say that it was a rabbit/ woodland wedding”, she explained. “We both love rabbits so we knew we’d have them throughout our wedding. We had origami rabbits in the teacups as wedding favours, a rabbit cake topper, and woodland animal vases which I got from eBay. Daniel had pewter rabbit cuff links from Etsy and also my little niece and nephew read The Rabbit’s Wedding as part of our ceremony. It’s about a little black rabbit and a little white rabbit who fall in love and get married!” 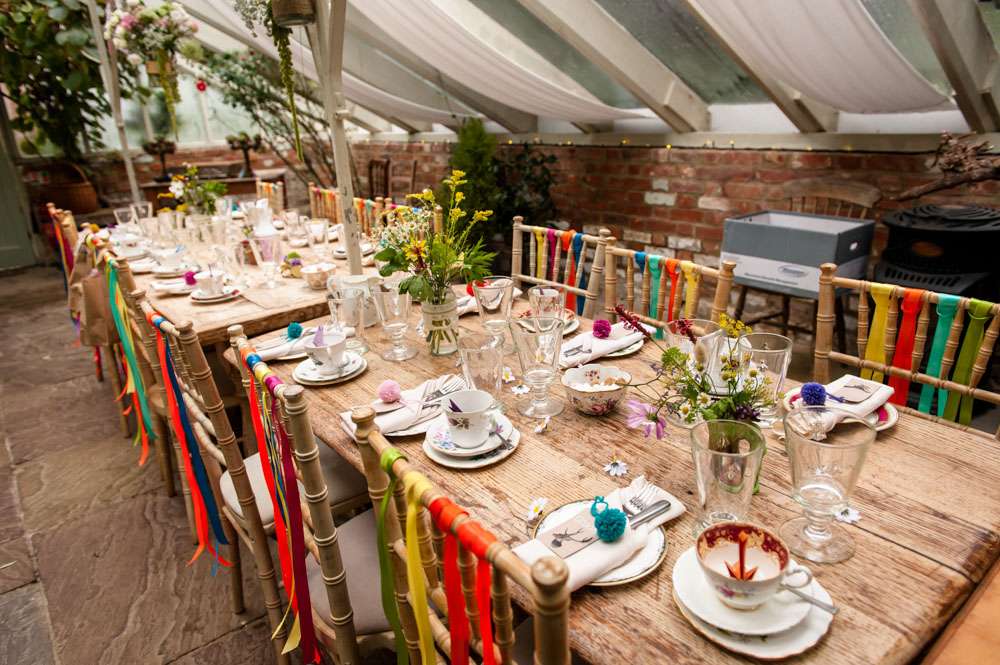 “My advice to other couples would be to not be afraid to go small if that’s what they really want”, Rachel concluded. “It makes for relaxing planning and a very intimate and laid-back day. Not to mention all the money you will save to put towards your honeymoon or a home! It doesn’t make your wedding day any less valid or important just because you aren’t going big and traditional.” 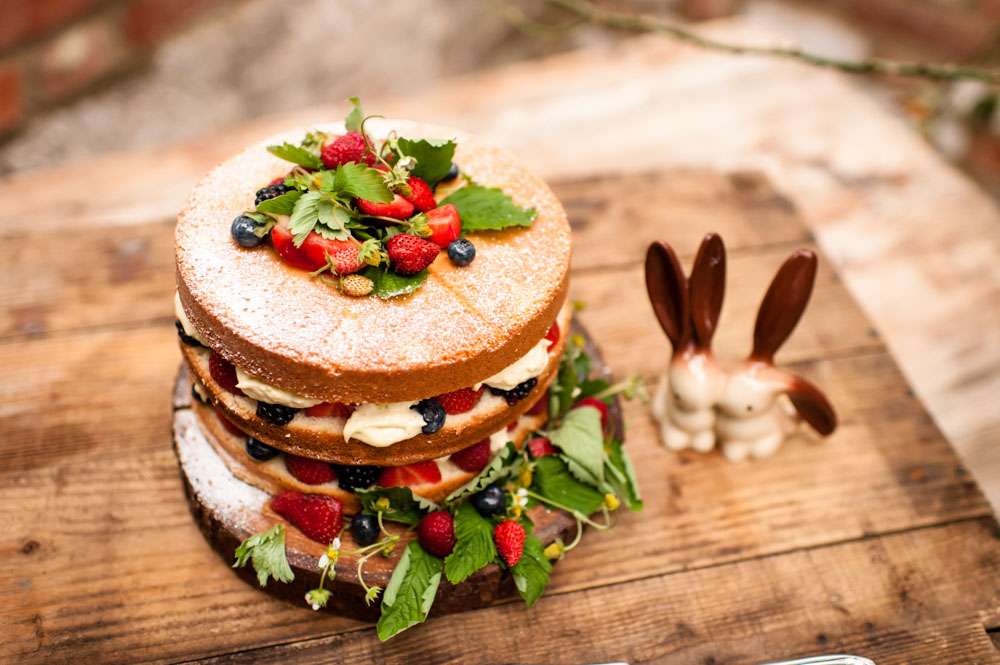 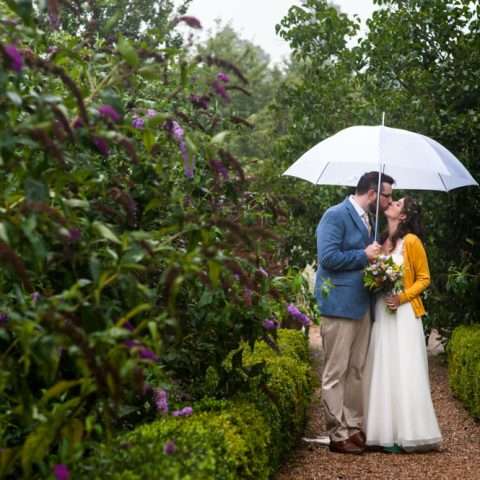 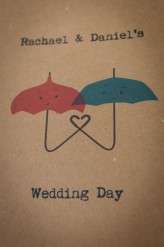 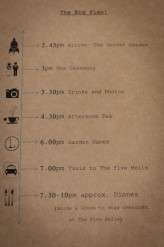 Baby always wanted a Hello Kitty themed wedding but her fiancé, Simon, wasn't so keen on the idea! Instead she added a few subtle touches (like her adorable bouquet) to their July wedding, while the rest of the styling suited both their tastes. "I think the idea we were going for was mainly rustic but with a few really cute touches, such as Hello Kitty, a candy buffet and animal balloons for the kids", the groom explained. "Baby wanted just a Hello Kitty theme, but I wasn't too chuffed about it, so it ended up as a mix!"