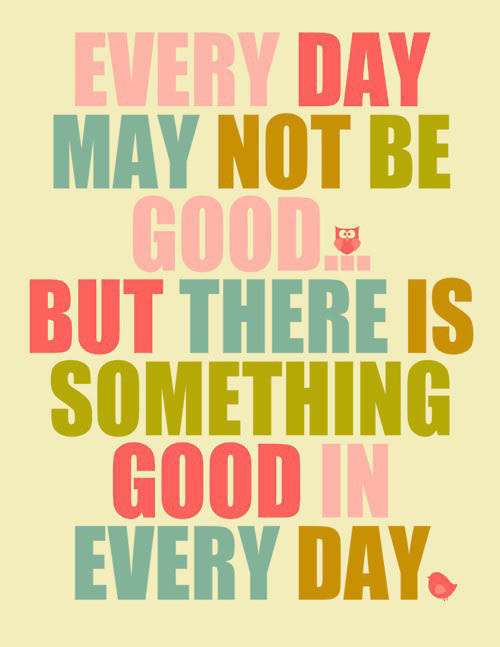 In many working environments there is a undulating undercurrent of moans and groans from disgruntled employees. For example, when I worked at the shopping channel we bitched about the length of our shifts, the amount of product we were expected to sell, the quality of said product, the air conditioning (or lack thereof), the mess in the green room… you get the picture! In fact I got so used to the daily moans and groans that I’d think nothing of it. I’d never stop to think how it affected my overall mood or attitude to the job. It just felt normal.

I don’t want to be that person anymore. I want to surround myself with positive people, and be the kind of person that is a positive influence on others.

Sounds obvious right? I do have a point, I promise…

It may sound trite and idealistic but I can’t express enough how much happier I am because I’ve eliminated negative influences from my life (and my business). I also can’t express how massive a difference it’s made to how I feel about myself. 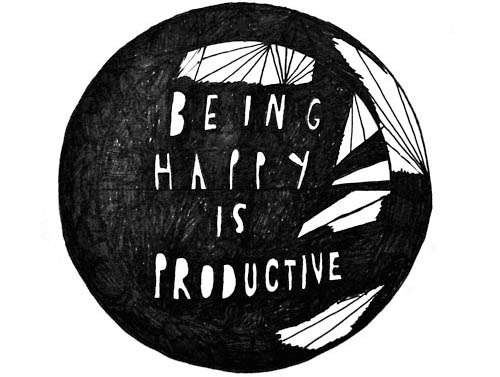 I’ve been asked many times how I deal with internet negativity and haters and my answer is simple (if not very revolutionary)…I just don’t let them in. It’s taken me a while to realise the massive effect these kinds of people can have on me, but these days I don’t follow negative people on Twitter, I don’t allow unnecessarily mean comments on my blog and I don’t let the hateful emails get to me, which of course is often easier said than done.

I also now make a huge effort (and sometimes it is a HUGE effort) to not let any sneaky negative thoughts leak out onto my social media or blog posts. This is actually a pretty recent development for me, I’m the first to admit that I have had the odd social media rant-fest in the past, but just in the last few months alone I feel a hell of a lot better for stopping it!

You know, I can’t possibly make everyone like me, nor what I do, and that’s fine. There’s no point me wasting the time that I could be using to improve my business on negativity.

It is fundamental to me that I surround myself with positive people – friends, clients and role models. As I said before, I spent a huge portion of my life being depressed and it sucks. I also spent five years in a job that in retrospect I was heavily influenced by negative attitudes. That sucked too.

I did enjoy my life as a TV producer, but as a wedding blogger I’m so much happier. And not just because I enjoy the actual work more, no, becuase I’m surrounded by positivity.

If you do something/work with someone that makes you feel blue then STOP. Illuminate. Ignore. It will make a maaahuuusvie difference to your attitude and your life.

Welcome to part two of this week's Post It Notes - the businessy section... Last week I spoke a little about comment etiquette, so I thought I'd continue the theme today with a few ideas on how you can get more comments on your own blog. We all like feedback and nice comments about a wedding I've shared always make me smile!

One of the questions I'm most often asked when I meet people is how on earth I'm able to blog so often. Well firstly and most obviously, I'm in a very lucky position that the majoroty of my content (i.e. the weddings I feature) is submitted to me. Every morning my inbox greets me with a plethora of potential blog content. Brilliant! However, as much as I adore featuring the weddings that I do, if the only content I wrote was other people's work, I think I'd quickly get bored. After all I'm not really stretching myself as a writer by penning 'Sally & Stan were married at the manor house wedding venue in June...' Although coming up with new ways to write very similar content is a task in itself sometimes! Anyway, my point being that I love sharing the amazing weddings and looking at all the glorious wedding photos I get to, but writing the blog posts doesn't massively challenge me as a professional writer. I currently publish approximately 16 blog posts a week, 11 of those being real weddings or photo shoots. However I'm always challenging myself to come up with new new ideas for the other 5 posts. So, today I thought I'd share some of the techniques I use for saying motivated & inspired, for coming up with new content ideas and for making sure you blog regularly.

Getting reader questions and suggestions for these Post It Notes posts is amazing so thank you everyone that's commented and emailed me. I'm going to try to get to as many of them as I can! After all these posts are to help you guys so I'm pretty chuffed that my rambles seem to be doing so. Last week, Nik commented asking...

I think that finding the venue for your wedding is one of the most stressful bits of wedding planning! It's usually the first thing you have to organise...and when you're right at the beginning of your planning it can be quite a daunting experience. After all they do say that the venue will pretty much shape the whole of your day. Eeeep! No pressure then...

It's quite a simple business note this week because a) I've been poorly (oh woe is me, seriously Gareth is so annoyed with my 'milking it' - as he lovingly puts it!) and b) I've been working on my notes for my first blogging workshop* (which I've dubbed School of Rock (n Roll Bride) haha I know I'm just that cool) which is taking place in London NEXT WEEK so I'm a little bit exhausted of thinking about business type stuff if I'm honest!

Today's business and wedding note kinda have the same basic message and I think they are both actually pretty interchangeable - i.e. applicable to both wedding planning and running your own business. I'd love to know what you think in the comments below...even if it's to tell me I'm off my head... FYI I also totally stole/was inspired to think of these ideas from Noa of Feather Love Photography, who's workshop I attended this week. She rules. More on this on the blog soon.

I often get emails from brides (and a lot of the time grooms) asking for recommendations or advice on wedding entertainment/bands/DJ's etc. Now shameful admission time - despite being called the Rock n Roll Bride my taste in music is appalling. It's not cool* and it's certainly not worthy of advice-giving. So again, I've turned to twitter and facebook to help me out of this sticky spot. If you have any extra tips you'd like to add to this list, simply comment below!

Post It Notes: 2nd December 2011: Evolving Your Business and Staying Ahead of the Competition

I was asked by Rachel at the School of Rock (n Roll Bride) on Friday why, if blogs and online media are gaining popularity, I had decided to do a print magazine. "Well," I responded, "print certainly isn't dead, it's just changing... evolving... and that's something I want to be a part of. I don't see Rock n Roll Bride magazine as a rival to any of the national wedding magazines, but as an evolution and extension of my brand. Something for my readers to collect and keep."