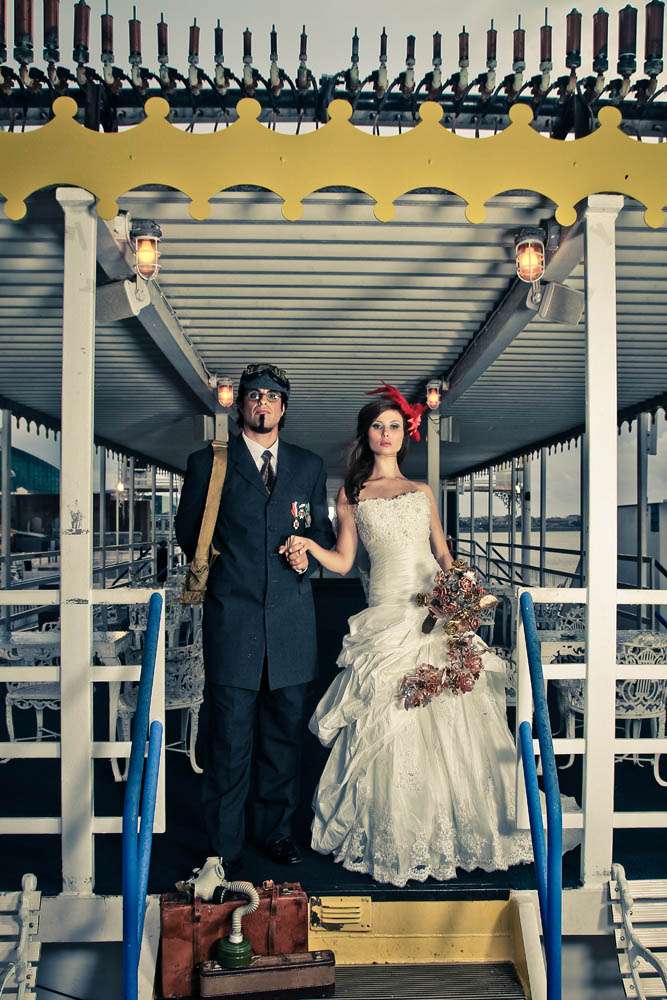 This incredible fashion editorial was shot on the Creole Queen Paddlewheel for the winter issue of NOLA Wedding Guide. The shoot was inspired by Jules Verne, the 19th century and steampunk.

“Jules Verne’s novels were rich with extravagant voyages and adventures set in the romantic Victorian Era,” the team explained. “This was the era of the newly invented steam engine and through-railways and steamships, which opened up the opportunity for leisure travel and adventure for the first time.” 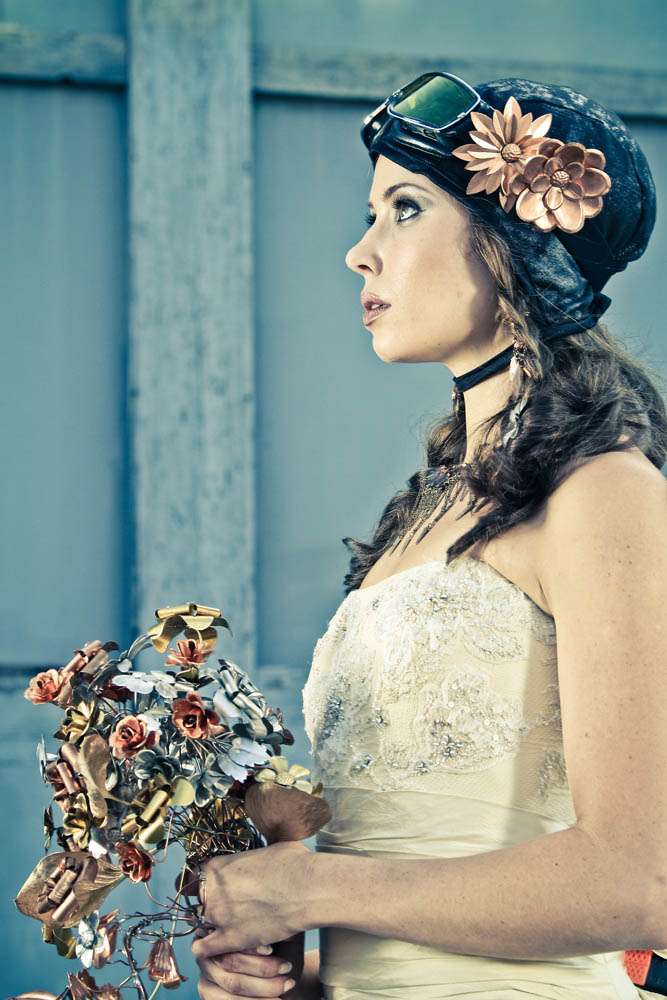 “What could be a better metaphor for wedding planning and a marriage than an extraordinary voyage? Isn’t that what you, the bride, is embarking upon? Your upcoming marriage is the beginning of a journey filled with delightful adventures, and of course romance!” 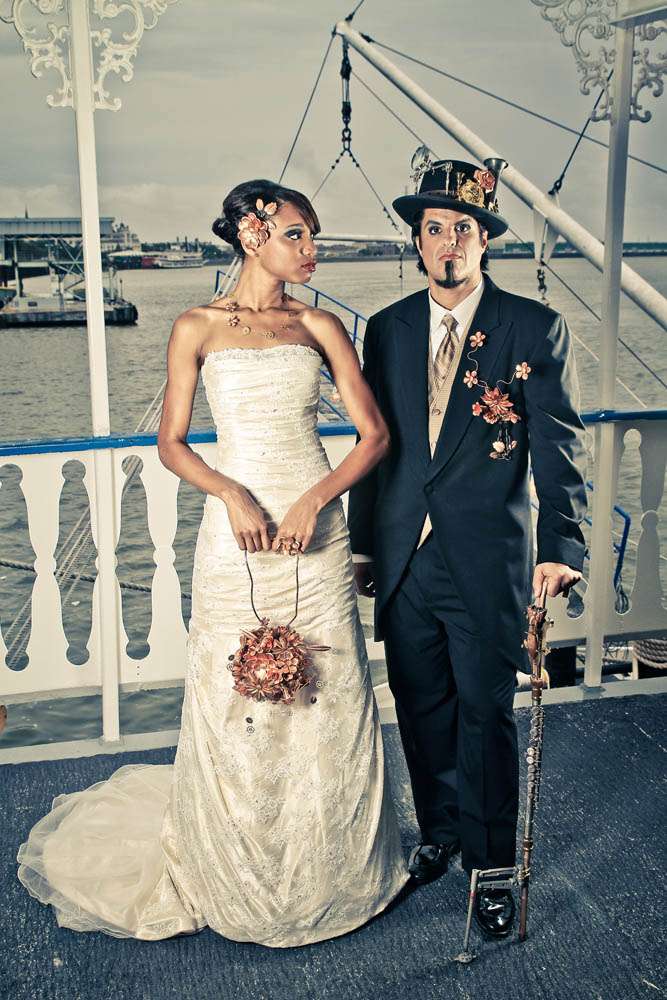 Check out the behind the scenes video too…

Thanks to everyone involved for sharing this shoot with us today. 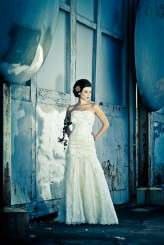 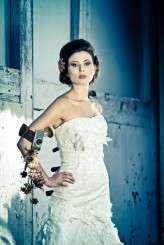 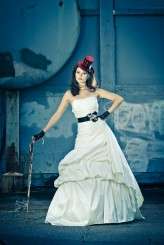 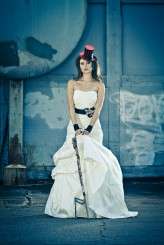 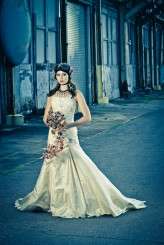 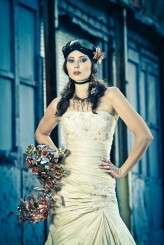 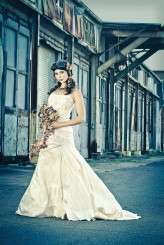 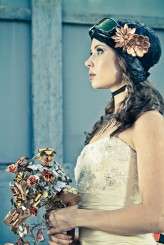 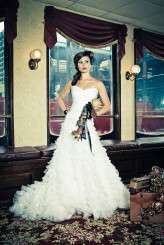 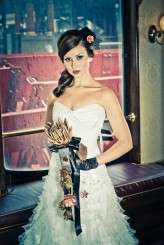 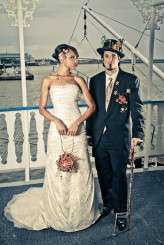 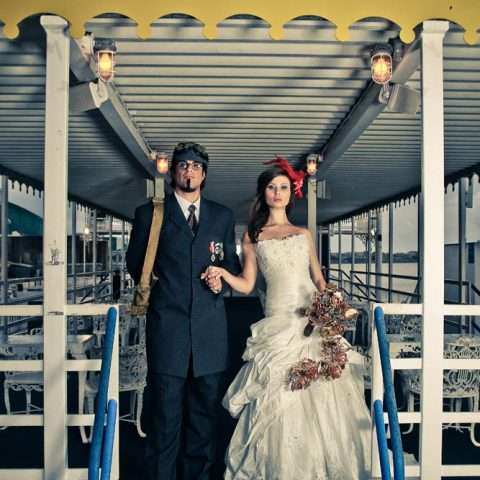 This shoot was set up by photographer Julie of Jewel Photography who was inspired after watching Lemony Snicket's A Series of Unfortunate Events! "As a photographer I look at everything with an open mind and at everything for inspiration", wrote Julie. "Years ago I was watching Lemony Snicket and I fell in love with the costuming, design and photography in the movie. I cataloged in my brain for use down the road. Well the moment finally came, I knew I wanted to to do a steampunk styled photo shoot!"

The theme of this shoot was Neo-Victorian meets Steampunk with a little bit of high fashion thrown in for good measure.

A little bit fashiony, a little bit boudoir - this Steampunk themed photo shoot sent me weak at the knees! Inspired by Tim Burton, Alice in Wonderland, Sherlock Holmes, New Orleans and Dita Von Teese, photographer Kamila couldn't wait to put together a shoot like this.