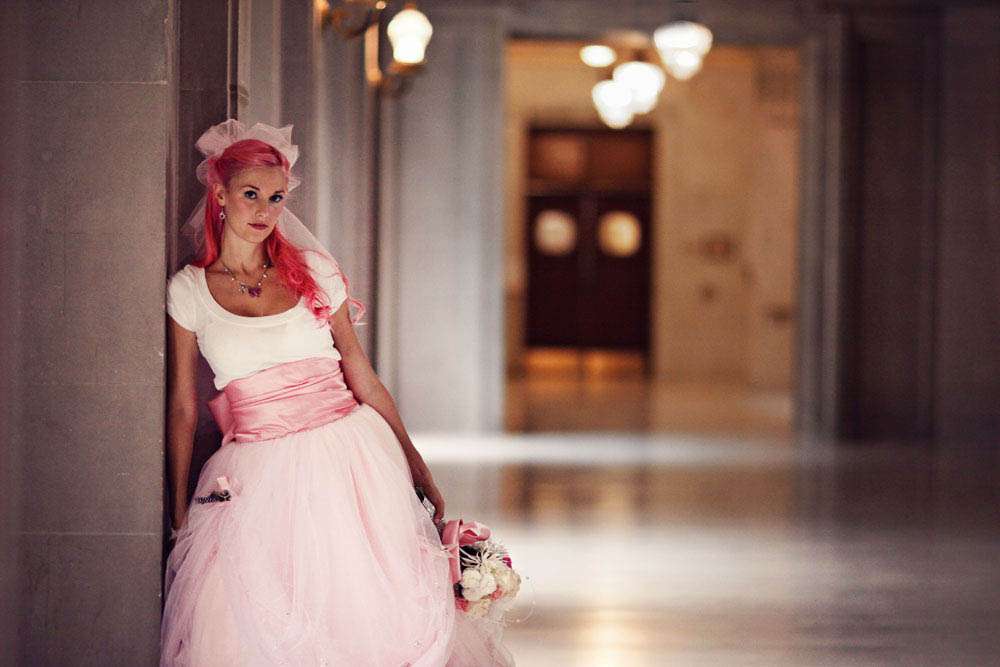 This is a bit of a contentious issue with brides-to-be, but it is something I feel quite strongly about. I know you’re not all going to agree with me on this one, but just hear me out for a sec would ya? I understand how hard it is to plan a wedding on a budget, and I know know know a lot of you would prefer to DIY the majority of your big day than pay someone to do it for you – believe me, I was in your position once. I also love DIY weddings to the MAX and would never want to promote the fact that you need to spend a bomb on your wedding if you can’t/don’t want to.

However what does upset me, is when I see DIY brides copying the design of independent wedding suppliers and making their own version of it. Although you might not think about it (after all it’s your wedding right?…and you’re just one teeny tiny little person, who are you really gonna hurt?) but in the majority of cases that designer will have worked long and hard to come up with that original concept or design… and probably also works their butt off to make a living doing something they love (again, believe me, I know how hard it is to run your own business!) Do you ever wonder what might happen if no one paid them to do the work they were brilliant at?

If everyone did the same and just made copies of the things they saw but maybe couldn’t afford, where would all these amazing designers end up? Quite simply, they’d go out of business and all we’d be left with would be the soulless mass market shit. Boooooo!

These small, independent designers have to work so hard to stay afloat in this over-saturated market, so you know what, if you really love someone’s design and desperately want it for your wedding, why not cut something else that you’re not too fussed about for your wedding and support the little guys? When it came to designing my website for example, I knew exactly which designer I loved and wanted. Sure, maybe I could have got a cheaper designer to knock me up something in a similar style to hers but where’s the love in that!? At the end of the day, I love my designer for who she is – her creative brilliance – and I want to support that.

I’m not saying you shouldn’t be making your own stuff for your wedding, faaaaar from it my loves, but if you do, please think about putting your own stamp on it and coming up with your own designs, not simply copying one you’ve seen elsewhere. Isn’t that what being a Rock n Roll Bride is all about anyway?

So, do you all hate me now?

I don’t know about you, but for me saying ‘no’ has always been quite difficult. Not necessarily in everyday life (I’ve always been strong willed, just ask my Mother!) but more-so with my work. I know I’m a pretty competitive soul when it comes to my career, and in the past I’ve found it easier to simply accept every oppotunity that comes to me without thinking about it. However recently I’ve realised that this attitutde can almost be more detremental than if I had no offers coming in. Let me elaborate…

♥ Not every offer I get is right for me or my brand, therefore just saying ‘yes’ for fear of missing out (because being honest with myself that’s what it is – I don’t want to feel like I’ve let any opportunaties pass me by…or that, god forbid, one of my competitors might get one over on me) might mean that I’m letting something that isn’t quite right for Rock n Roll Bride take up my time or be represented on the site.

♥ Similarly, my time is short and often I have had to stop myself and think ‘Is this really worth my time and effort to do this? And what am I honestly going to get out of it?’ This is nothing to do with money. For me, my time is more precious than earning a quick buck.

In my situation I’m taking about writing magazine articles for free (which I do still do of course as working with many of them is great publicity for me, but it is a fine balance to figure out if the publicity I’ll receive is worth the time I’ve put in) and attending events (I get invited to a lot of them believe me!) However for you this might be something else you’re doing ‘for publicity’. Think about who’s really winning in the situation and cut down on the commitments you have that honestly aren’t worth your time anymore.

♥ I’d do it badly. Last week I was asked by the BBC if they could come and film me and talk to me about how the chancellor’s speech could effect people with small businesses (!) Now clearly being on the BBC would be an AMAZING opportunity, but was the subject matter right for me?

Anyone that knows me in ‘real life’ will know how little I know about politics, current affairs and all that jazz (seriously, it’s scary how terrible my general knowledge is sometimes!)…in fact I don’t think I’ve ever watched a politics programme in my life! Although this opportunity was really hard to turn down, I just knew it wasn’t right for me – I might have got some great exposure by being on the BBC, but ultimately I think I’d have just come across as someone who had no clue what they were talking about!

Being brave an accepting opportunities that come your way is so important when running your own business, however often saying no is even more vital.