Shannon & Os are both part-time photographers so their wedding photography was really important to them, they found Australian Annevi who came to LA to shoot their informal wedding. They decided to hold their ceremony and reception in Barbara’s at the Brewery, Los Angeles. The Brewery is known as the world’s largest live-work art colony and offers amazing industrial landscapes and interesting backdrops. So, of course that’s where they decided to shoot all their portraits.

They decided to skip a lot of the traditional stuff they didn’t have a lot of meaning to them so they didn’t have any catering in favour of a more casual Sunday picnic, where the guests brought food, cake and dessert dishes to share. They also abandoned the idea to have flowers as they felt they didn’t really suit them or their industrial setting. The bride wore a non traditional dress, a yellow number from Tahari by Arthur S. Levine teamed with white converse. She used her jewellery as a way to represent the people that couldn’t travel to be at their wedding – her bracelet was designed by her mother, her earrings and necklace were from her mother-in-law and an antique handkerchief from her great grandmother (price tag still on it: Famous and Barr 25 cents.) The groom dresses in a similarly non traditional fashion – his jacket was from a charity shop, his shirt and jeans were items he already had in his wardrobe and his braces/suspenders where from his father in law. He also wore red PF Flyers “guaranteed to make a kid run faster and jump higher.” 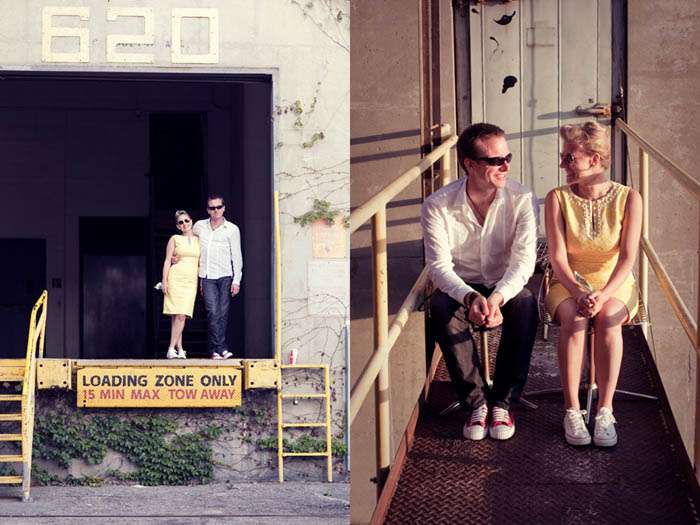 A lot of this wedding was untraditional and they really wanted the focus of the day to be their friends and families. For the people that couldn’t make it they set up and online feed, projected onto wall so the friends and family that weren’t there could watch the ceremony as well as them being able to see them there with them. A mutual friend, Caleb Coppola held the informal ceremony, where they exchanged vows and rings.

Shannon is from LA and Os is from Bristol, UK and they met through mutual friends whilst planning a trip to Burning Man. The couple are planning on moving back to the UK soon.

Thanks to Annevi for sharing this incredible wedding with us today 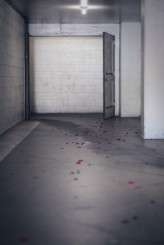 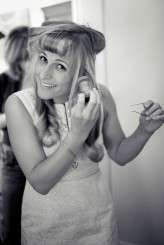 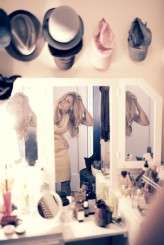 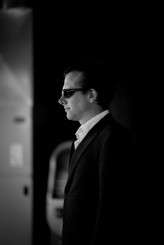 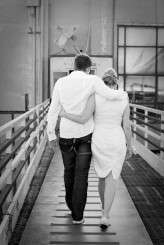 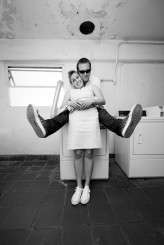 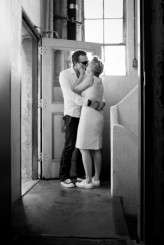 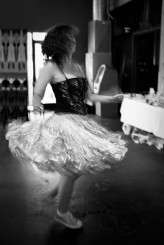