When Leslie & Steve got married they decided to all kick it with their Converse trainers (that’s Chucks to you guys in the States), even the Bride got in on the action, rocking her green trainers under her beyond awesome polka dot dress (I am still waiting to find out where she got it from, don’t worry I will let you know when I do!) The theme was glorious green which really brightened up an otherwise cold winter wedding.

Edit: Leslie’s dress is by Galina 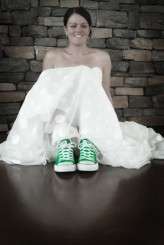 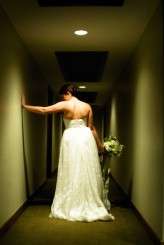 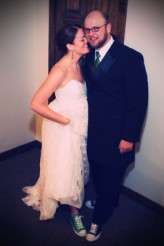 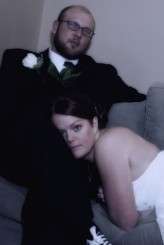 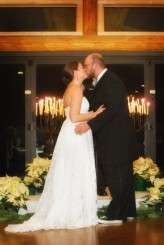 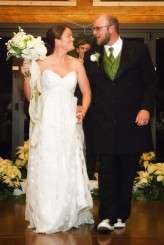 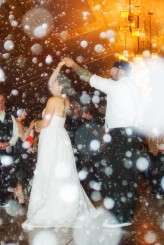 Spring has very much sprung over here in the UK. And as the daffodils start to line streets and parkways, I usually forgo featuring any obviously winter weddings. After all, who want to be reminded of the cold and bleak mid-winter when it's so glorious outside?! Well Meghann & Nathan's wedding was different. They were married in the Colorado Mountains, where snow is a pretty regular feature. They also had a steampunk theme and only spent $2000 on the day, making it a wedding that I just knew you guys would flip out about. So, yet again, my self-imposed rules are being broken today. Oh well!