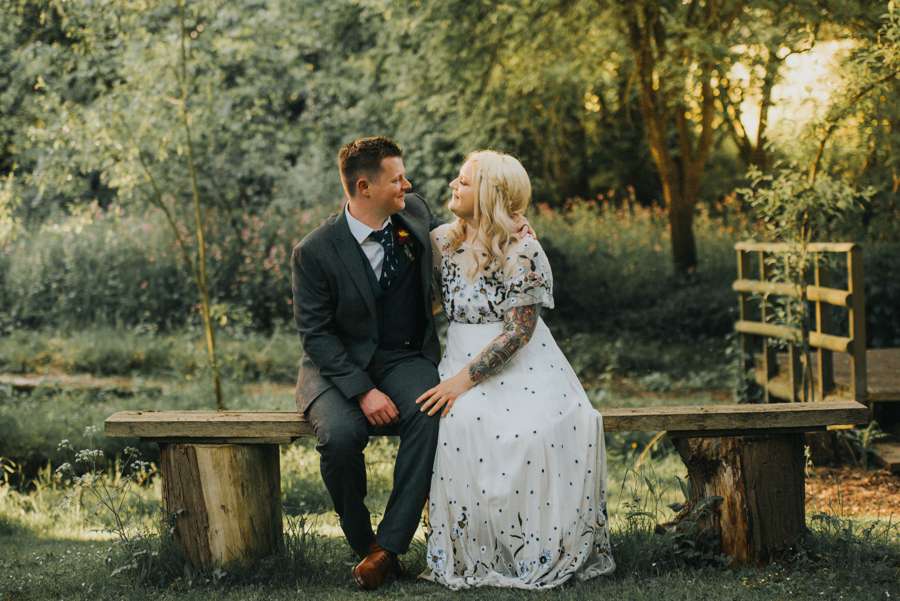 Rosie and Alex’s beautiful early summer wedding was held at Hothorpe Hall in Leicestershire. The fantastic thing about their venue was that they were able to be married outside in the woodlands, like they always wanted. This helped to set the theme of their day. 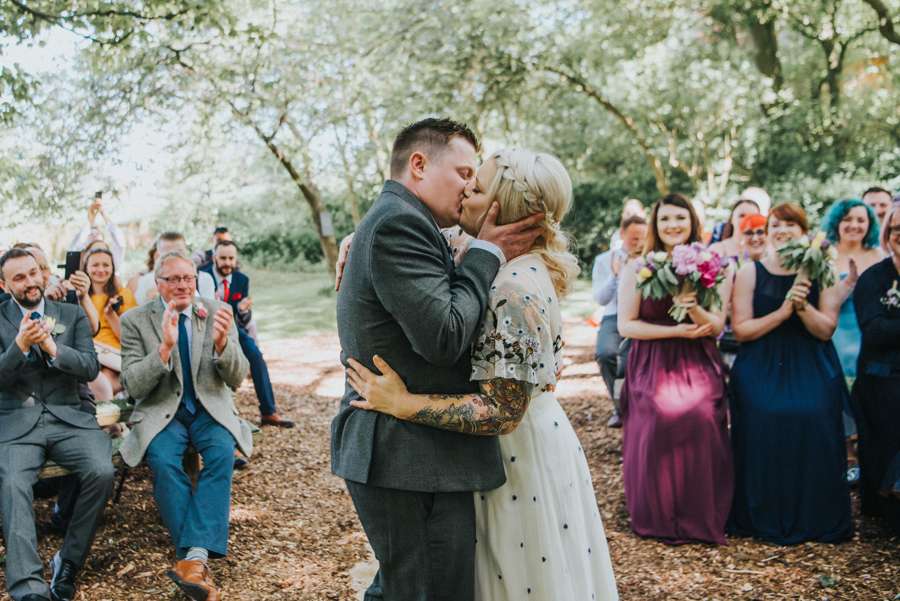 “The theme unfolded from the venue and the stunning woodland setting”, explained Rosie. “I had always had a secret dream to get married outside and the when we saw The Woodlands I knew this could be possible. Al and I are country bumpkins at heart, what with trees, a babbling brook and cabin-style accommodation, the venue had it all. Also it is only 10 minutes from our home, making it perfect for the majority of our guests.” 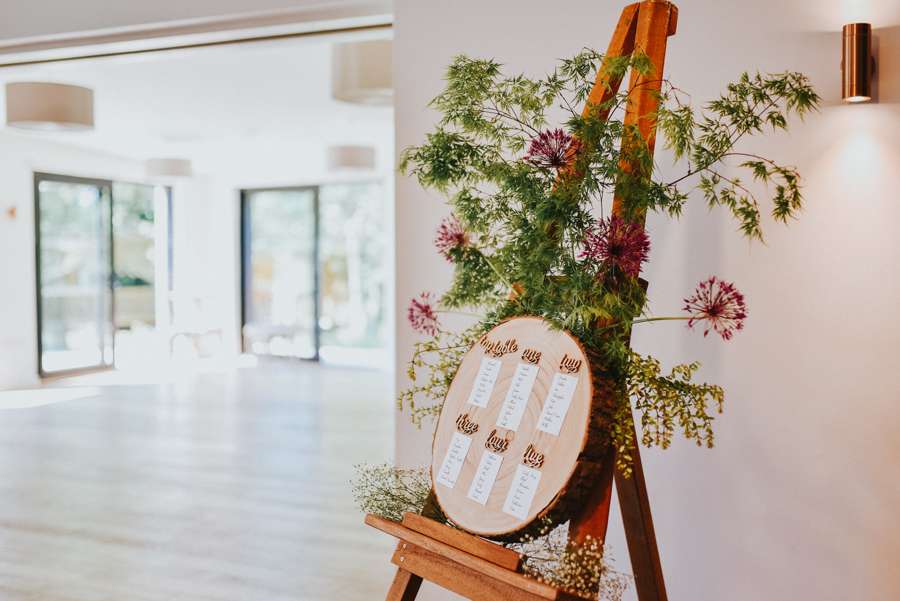 “I started collecting bits and bobs as soon as we got engaged, and things grew from there. My good friend Millie (who also made our cake) helped to decorate our venue with beautiful flowers – she has such an eye for detail and after the ceremony I saw what she had added and I was blown away by what she added to the décor.” 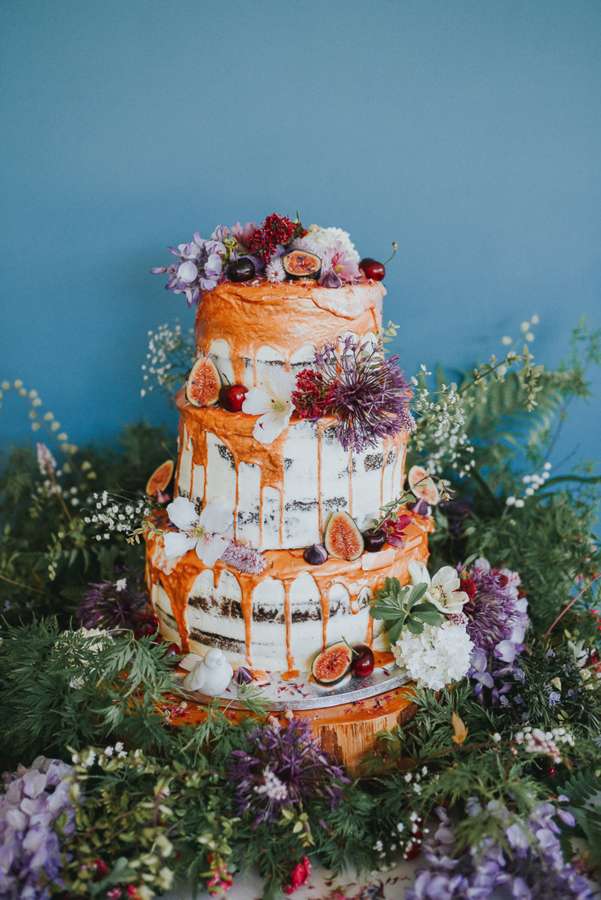 The bride’s mum also helped out a lot, especially with the flowers. “My mum and I did the buttonholes, bouquets and centrepieces ourselves the day before the wedding. After months of visiting a local wholesaler we decided to raid the local supermarkets and try and use seasonal flowers. Peonies have always been my favourite and a flower that I thought we couldn’t afford to have. However we were blown away by the deep pink and luxurious, almost decadent look of the peonies and their reasonable price tag – we had to have them!” 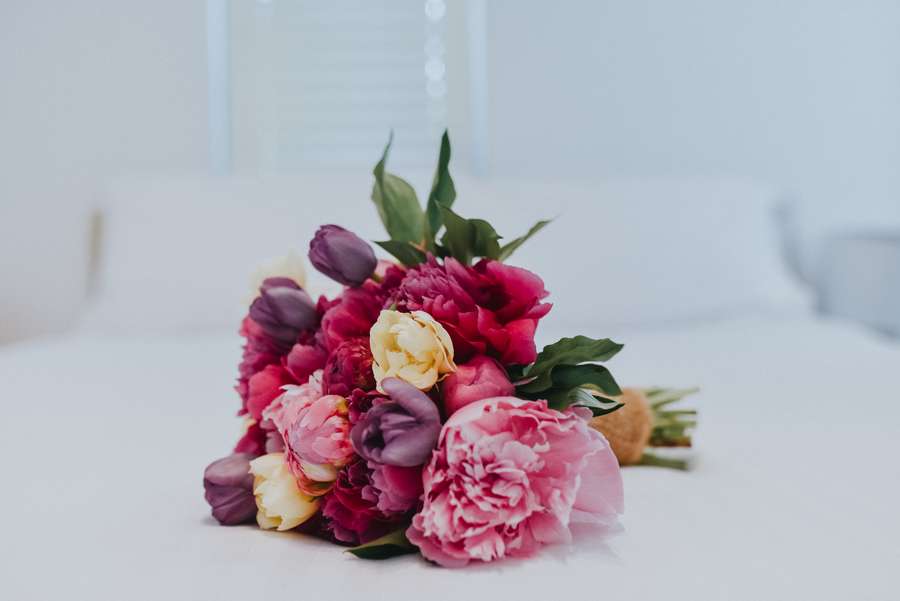 They really wanted their day to feel like a big, relaxed party. The bride opted for a high street bridal dress too which worked really well with their laid back attitude. It came from French Connection. “Once I found my dress and realised that I didn’t have to wear what everyone expected of me, everything kind of came together”, she continued. “The floral design and sheer panels were heavenly, the colours of the bridesmaid and maid of honour dresses matched the embroidery on my dress.” 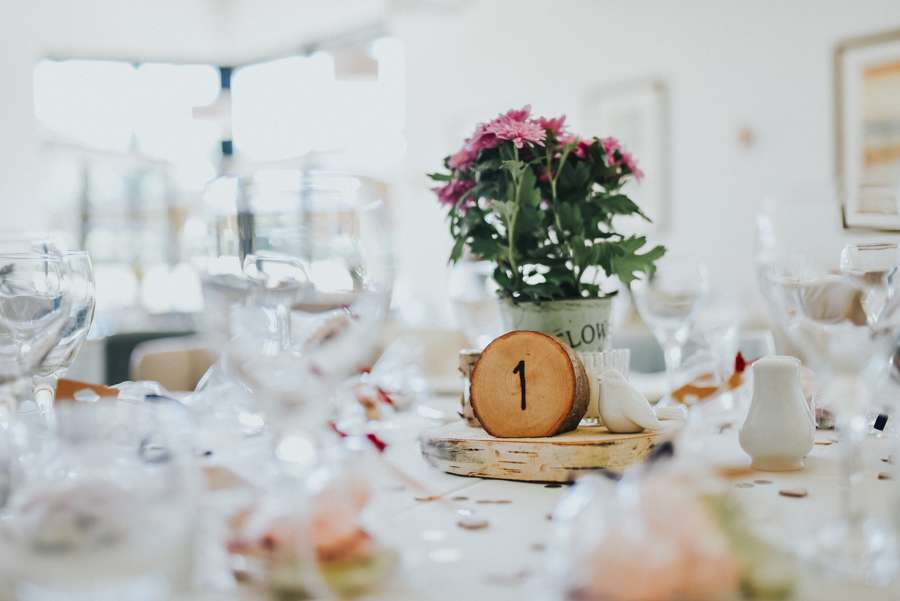 “When my mum ordered the dress it was completely see-through and the neckline was obscene, but Clare worked wonders and turned an already beautiful dress into something extraordinary. As a heavily tattooed woman I wanted a dress that would complement my tattoos rather than hide them. It was big middle finger to all those people along the way who asked ‘But what will you look like on your wedding day?’ I like to think that I looked amazing, and my tattoos only added to this!” 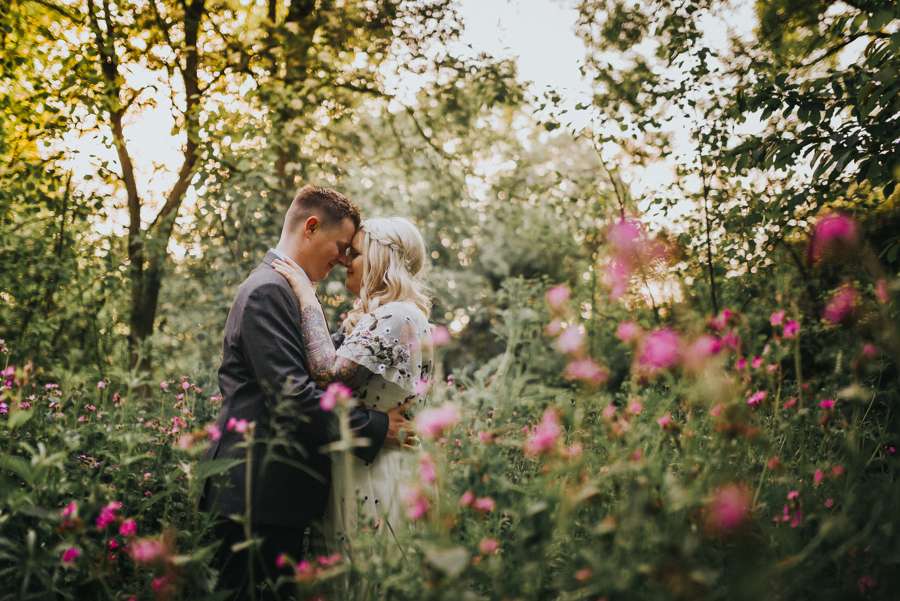 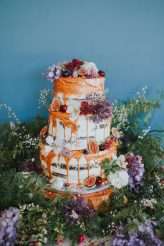 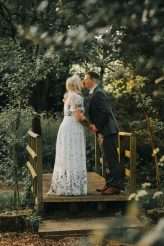 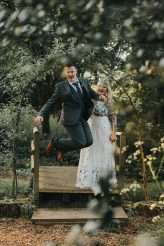