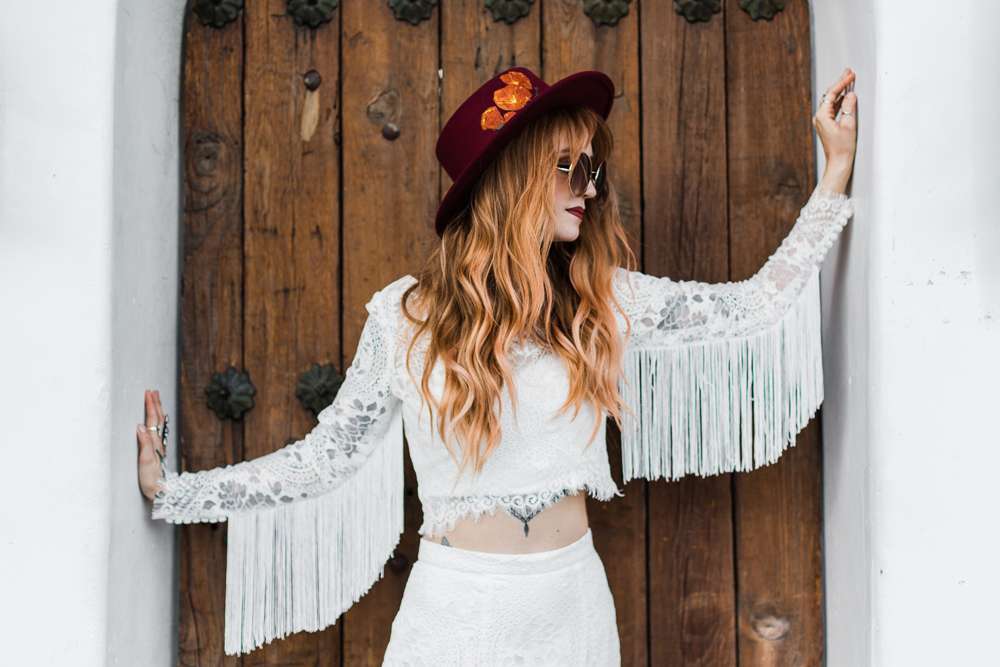 Palm Springs is one of those places that you fall in love with as soon as you step off the plane. The weather, the mid-century modern architecture and, of course, the laid back attitude of the whole city. When British photographer Annabeth paid it a visit last autumn, she loved it so much she decided to put together this shoot. 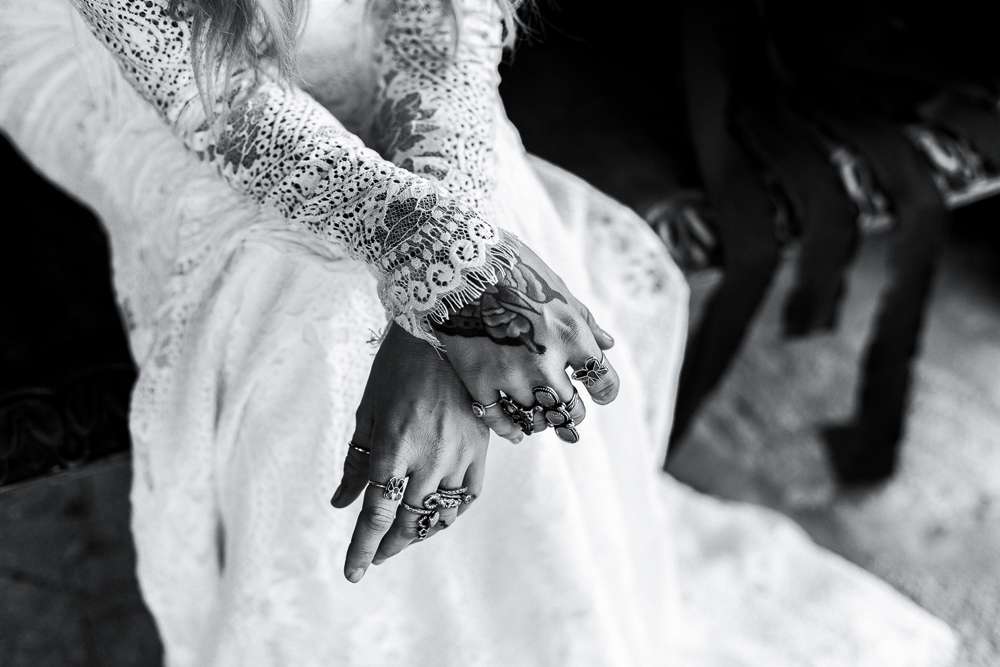 “Having always wanted to road trip in America, I finally saved up, booked a flight and rented a car to travel around the West Coast”, she began. “I organised a total of nine boho-inspired shoots and asked locals to model for me. I also contacted local businesses to be involved.” 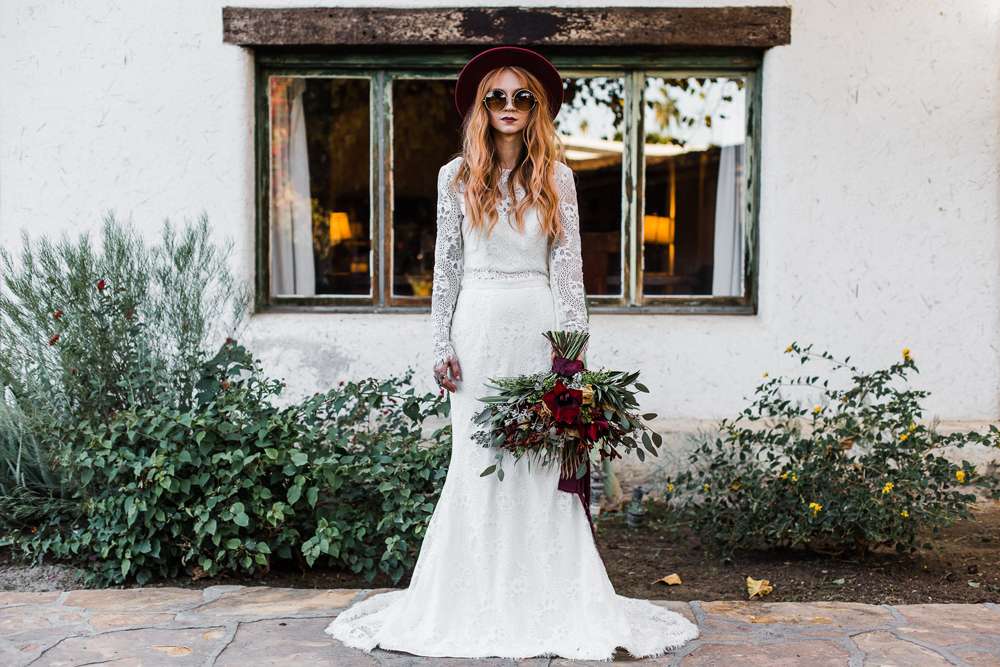 “We thought these images would appeal to readers of Rock n Roll Bride as it’s quite unique and features an utter rock babe in a fringe sleeved separates dress (this is a new design and is it’s first ever shoot) with tattoos, a hat, sunnys and white cowboy boots.” 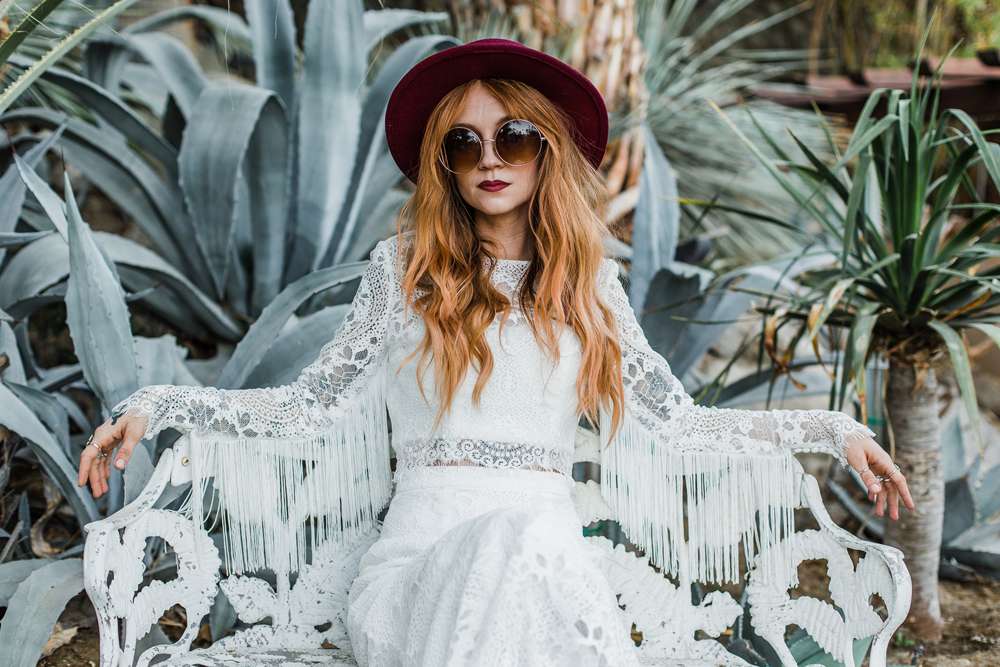 The photos were taken at Casa Cody, an awesome little 1920s hotel, the oldest operating hotel in Palm Springs. It was famously a popular haunt of Charlie Chaplin, looking for some calm in between filming. In the early days of film, many of the studios wrote into the actors’ contracts that they could not travel more than two hours from Hollywood and so Palm Springs became a thriving desert resort as a result.” 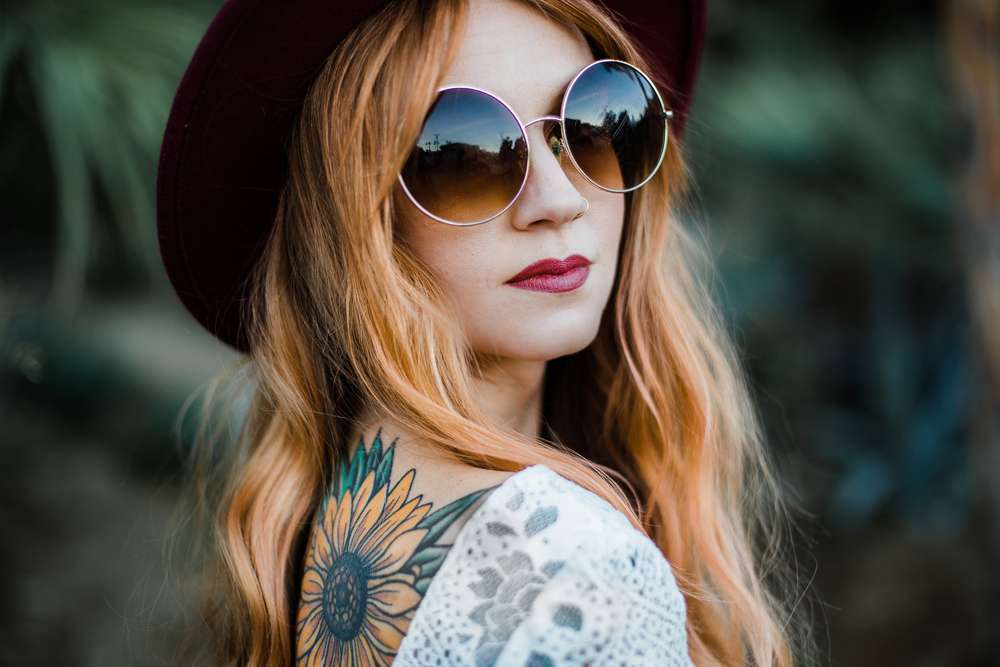 “The place has got a Spanish retro hacienda vibe, with a porch swing, an enclosed courtyard garden that we shot in, complete with shuttered windows, a fountain, pink bougainvillea climbing the walls and amazing cactus and palms. It resulted in these great images, we hope you like them.” 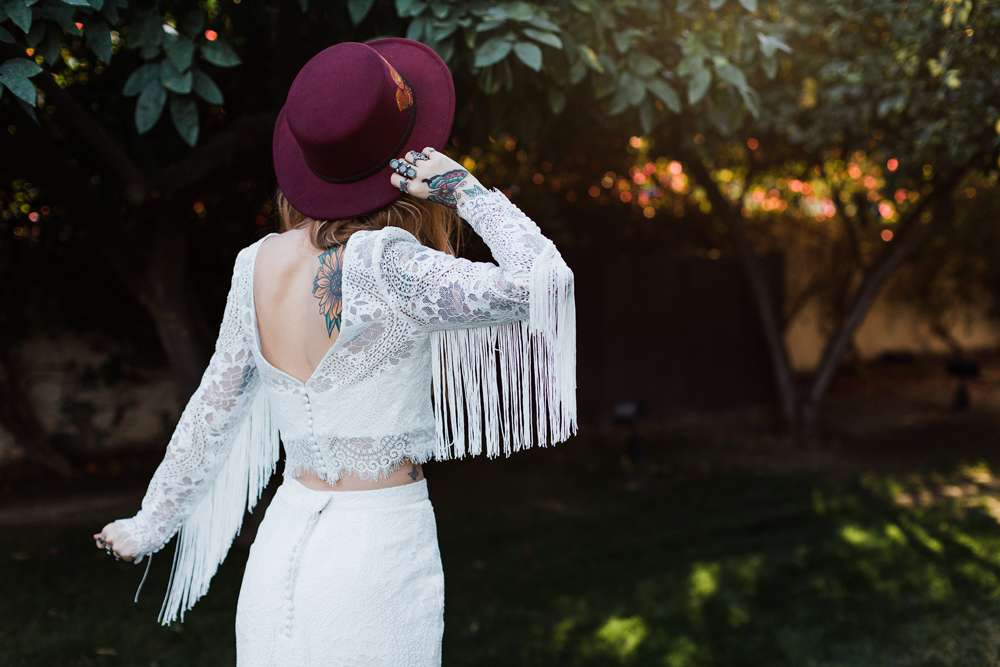 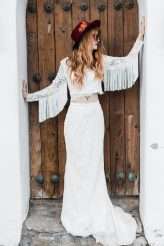 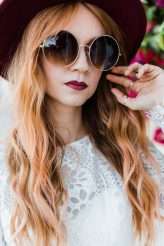 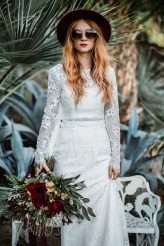 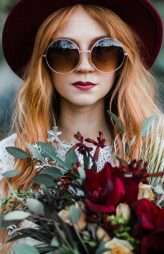