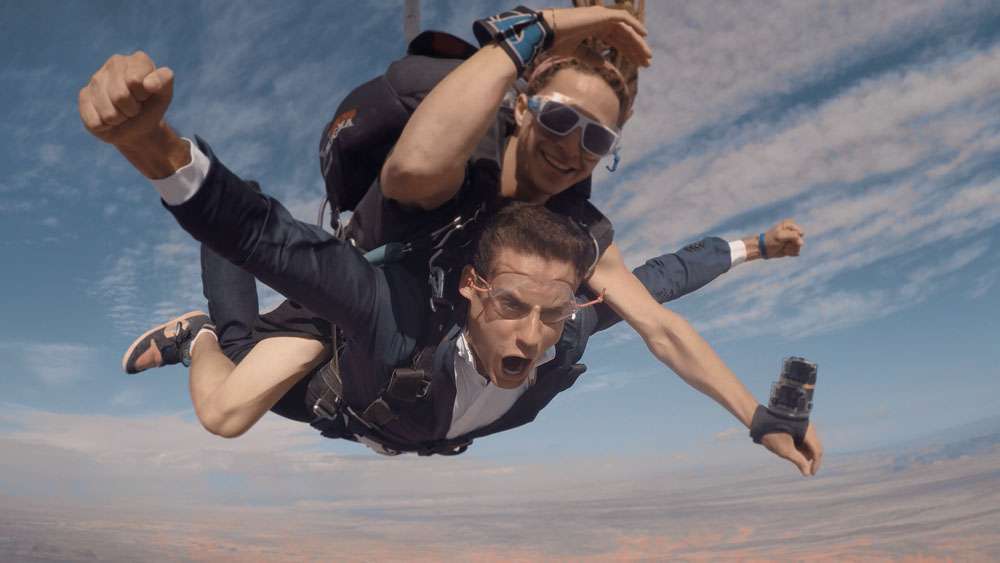 When people ask me what makes a ‘Rock n Roll wedding’ I always respond by saying its not all about jumping out of airplanes… but that sometimes it is! Just check out Andrew and Ariel’s incredible wedding video if you don’t believe me!

It’s been a long time since I featured just a wedding video, but I think you’ll all agree this one is amazing enough to stand on its own. This high impact, adrenaline junkie’s dream is a proposal and wedding film all in one!

You are going to love watching this, it’s more like a high production value movie than a wedding video. But when the groom owns a production company, what do you expect!?

“Ariel and I were set up four years ago by two mutual friends and early in the first date I knew we were very similar”, said the groom, Andrew. “We had both lived in 5 cities and 5 years and constantly yearned for adventure. Quickly our dates turned into road trips, camping, back country flying and airshows, which only cemented the fact that I needed to officially make her my partner in crime.”

“So in January 2015, on our way to the mountains of North Carolina, I asked if she would help me get a shot for a film my production company was putting together. It was an odd request, since I am not the cameraman, but she did not think too far into it. It was freezing, so she was not thrilled to do a yoga scene; however she obliged. Quickly into the shoot, I told her that it was all a big joke and she stormed off. Luckily I was able to corral her back over in front of the camera, where I dropped to the knee and asked if she would marry me. She said yes and the adventure planning began.” 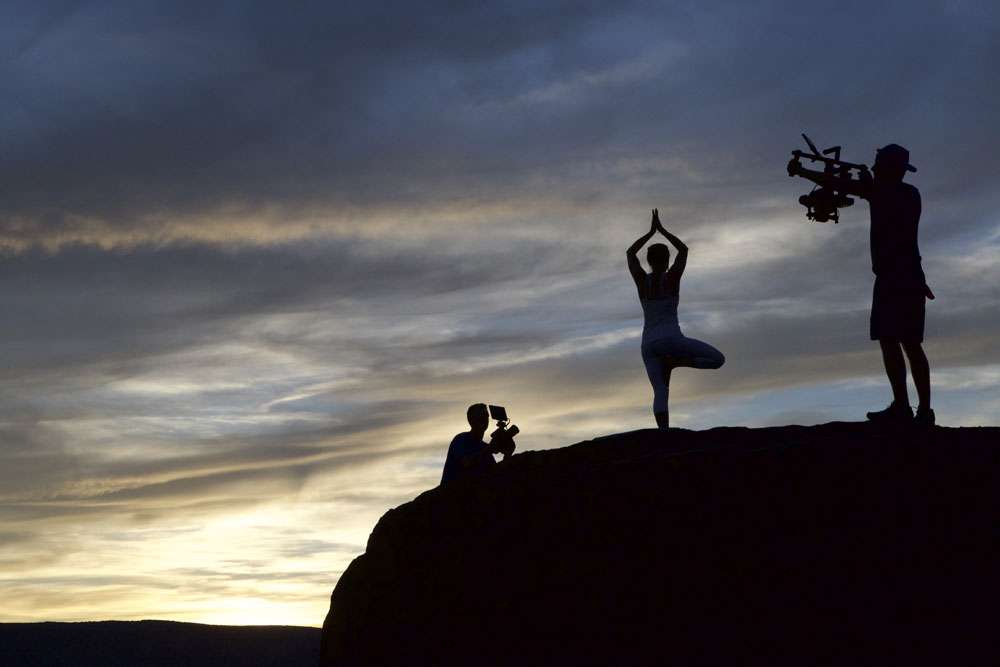 “We had been engaged about 10 days when we decided we did not want to do a traditional wedding, but we also did not want to alienate friends and family. So we came up with a compromise. We would elope but work with my production company to create a film so that everyone could connect with the experience at a premiere we would have later on.”

“Over the next 8 months we planned, prepared and dove into story lines that best represented us as people. We took the film through our official creation process at DTproductions, to ensure quality, taking it as seriously as any work that we do.” 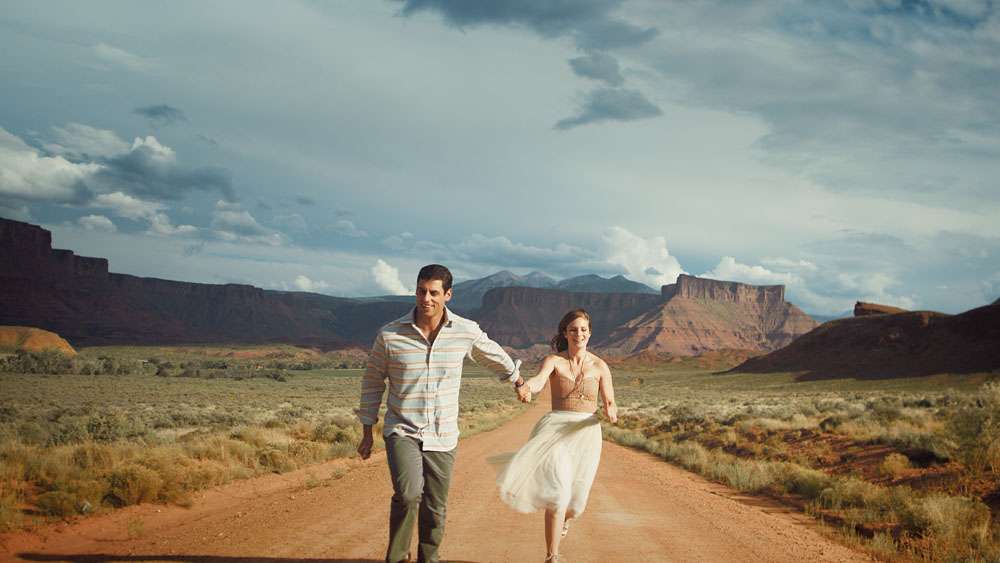 “This led us to a four day shoot in Moab, UT”, he continued. “It started with a skydive. Kelly and I loaded into a small plane and headed towards the sky. It was my first time, so the emotion you see is what I was feeling; however I wish I had a camera when the door opened because Kelly’s adrenaline was pumping too.”

“The next day, Saturday, was the wedding day. All family members, crew, and everyone but Ariel, Mike (her dad), and Cartter (the pilot) drove out to the location to get set up. At the site the team set up the Chuppah and flowers, and waited for Ariel and her dad to fly in. Ariel’s family are all pilots, her dad flies prop planes, her brother is captain for US Airways, and she is licensed herself. Flying on her wedding day was truly a dream come true.” 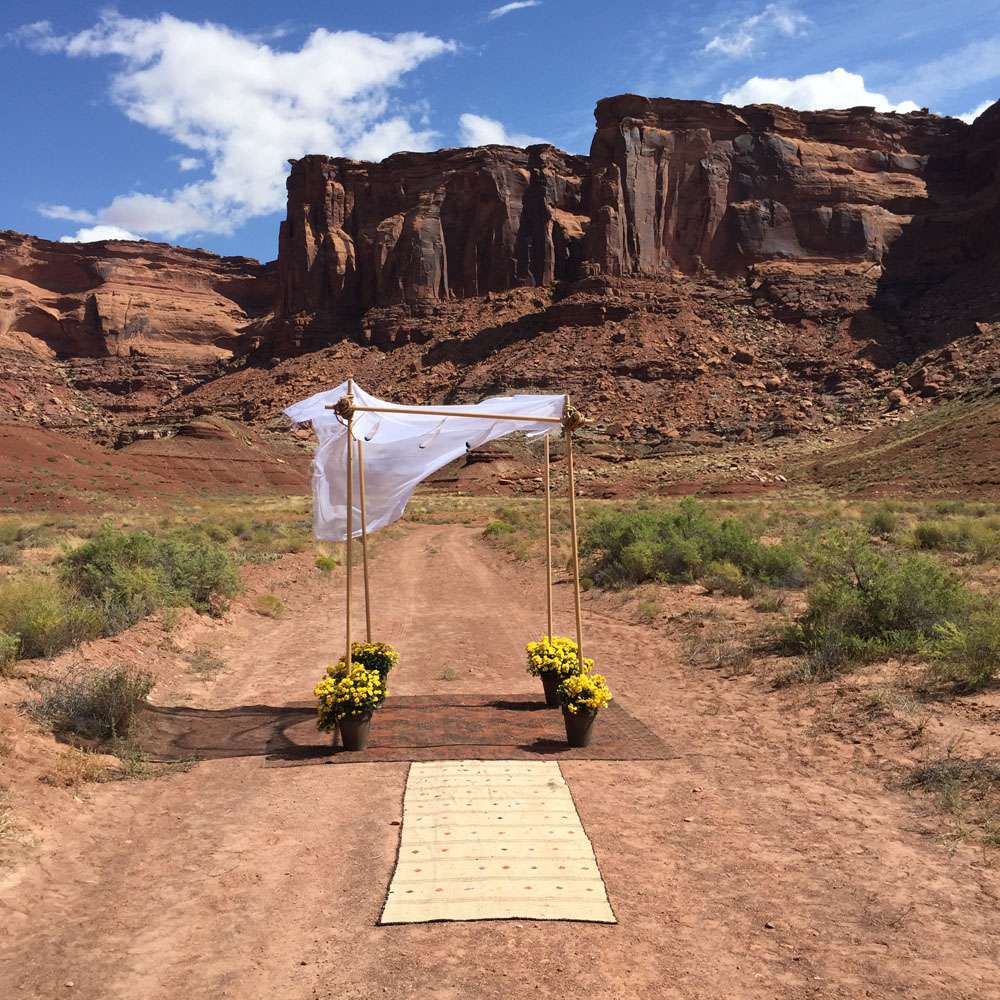 “When her plane edged over the cliff and into the canyon, it was an unforgettable moment. We could see each other for the first time… kind of. The plane got in position for landing, put the wheels on the ground and pulled right in front of the aisle. Father and daughter then got out and walked together down the aisle. It was amazing.” 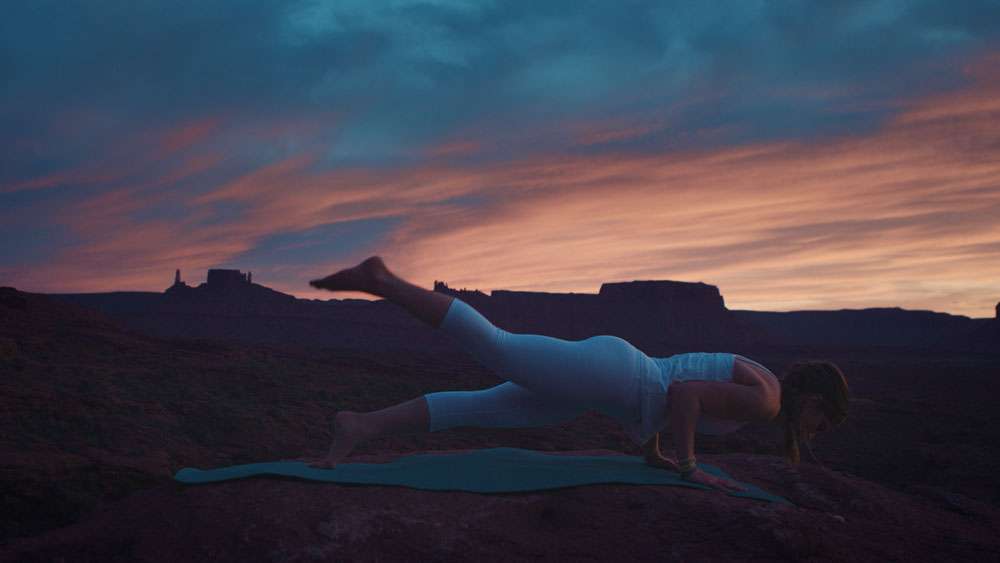 This video is entitled 'The best marriage proposal in world history.' I'm not convinced. I would seriously die of embarrassment if I was this girl, but if you're after the fairytale dream then I guess can't get much better than this! I dare you not to cringe as you watch this..I bet you can't.