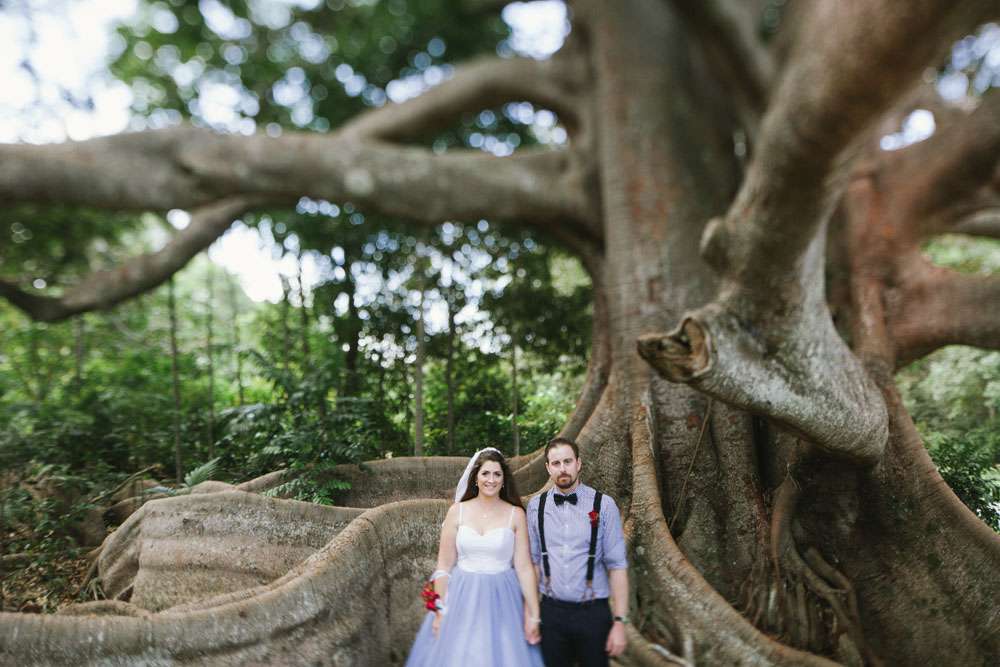 Shannon and Mark’s Byron Bay wedding had a 60s influence with just a touch of kitsch. The bride wore a custom made dress with a full blue skirt and a polka dot veil.

“The night Mark and I met we danced, drank a lot, ran amok and had thumb war battles”, she said. “We wanted the wedding to feel the same! We had giant lawn games and hired a double decker hippy bus to take the guests on a Byron Bay adventure on the way to the wedding. We chose a band that were so fantastic it felt like we were at a live venue, and everything from the ceremony to the pool at the end of the night were all about having fun.” 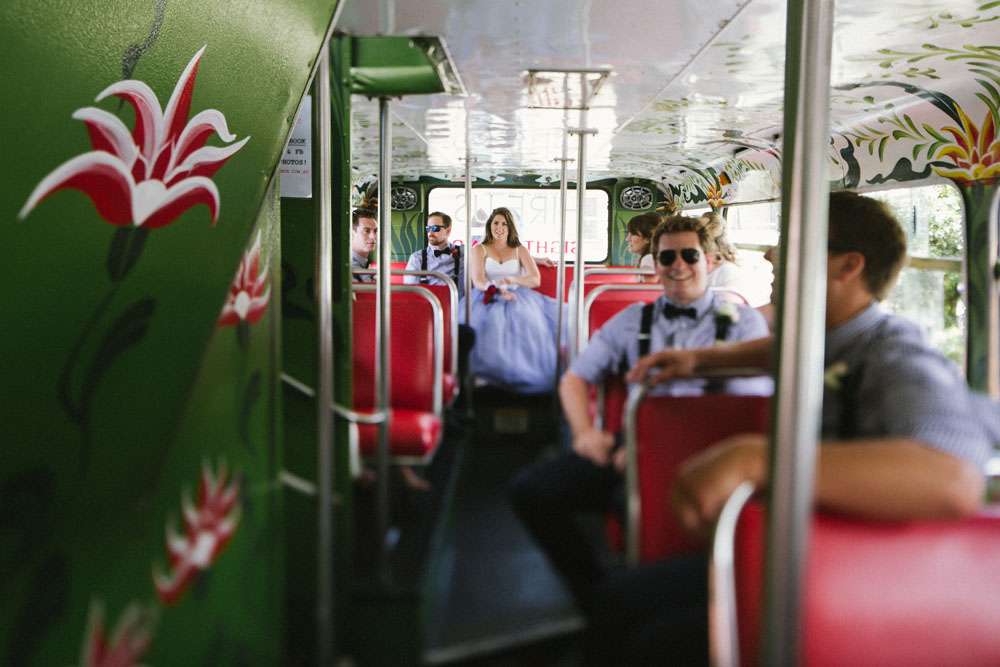 “The styling was all done by me with a kitschy, sixties and pin up twist. There was astroturf table runners on the one long table and bright red perspex scroll signs. I made the favours which were pink vending machine capsules that I filled with salted caramels, a magnet, a toy animal figurine and an illustration of Mark and I drawn by my very talented sister. By the end of the night people were trading and stealing them like kids in a playground.” 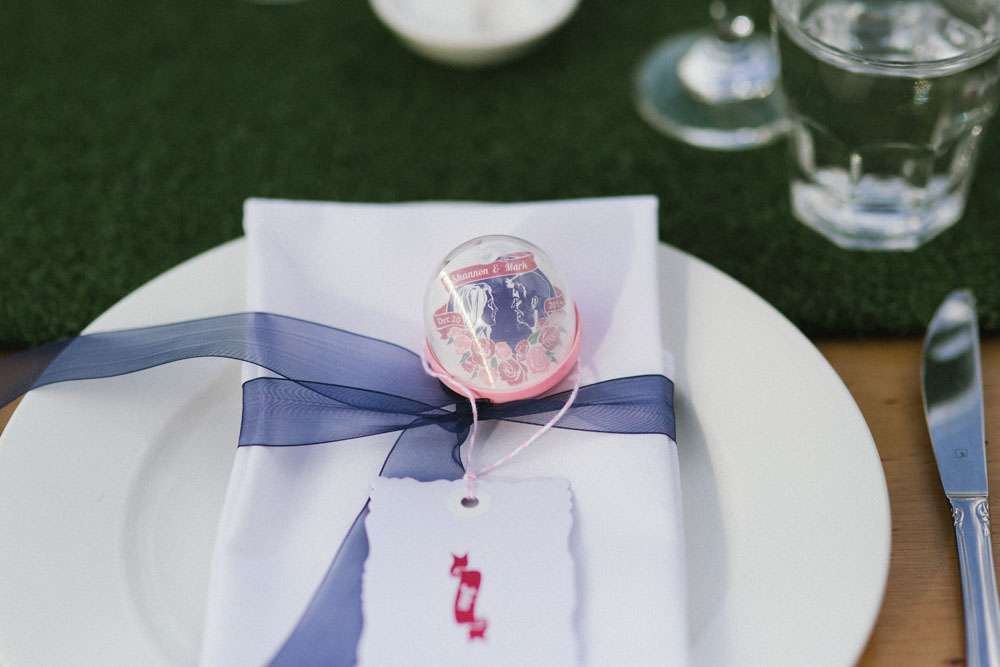 The ceremony was held outside. “Neither Mark or I are particularly romantic or serious so it was an opportunity to tell each other how we felt”, she explained. “The celebrant was fantastic, she gave us a base for the ceremony and let us chose whatever we wanted as well as asking personal questions of each of us, revealing the answers to us on the day. She nicknamed it the ‘keeping it real’ ceremony.” 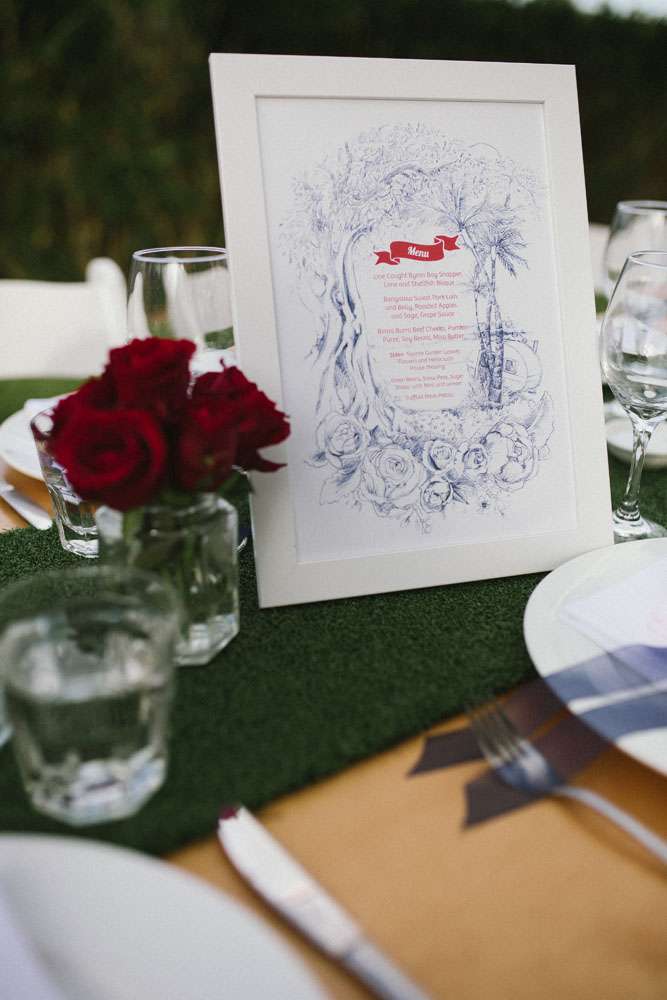 The biggest expenses were the venue, catering and the bride’s amazing dress. “I collect mid-century inspired summer dresses, they are my most favourite things, so my wedding dress was also really important to me”, she said. “We saved money by making a list of what we would love to have if we could and ticked things off the list as we could afford them. Anything we couldn’t afford we didn’t really need.” 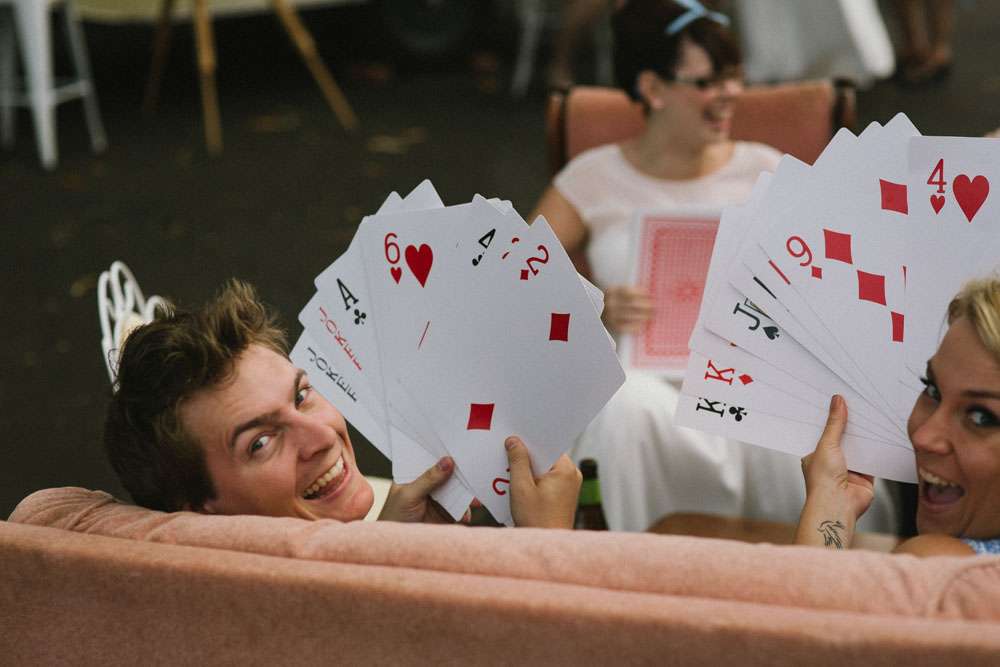 “My advice to other couples would be to not be a slave to trends or tradition”, she concluded. “Do whatever you want, choose the traditions that are important to you and scrap those that have no real meaning.” 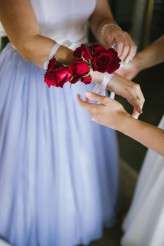 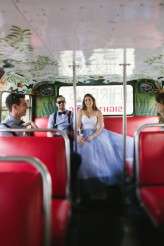 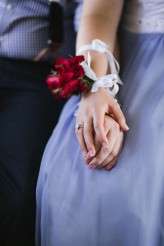 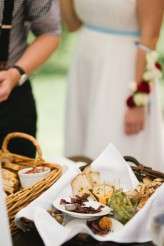 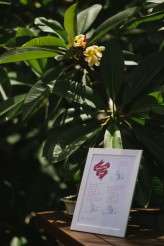 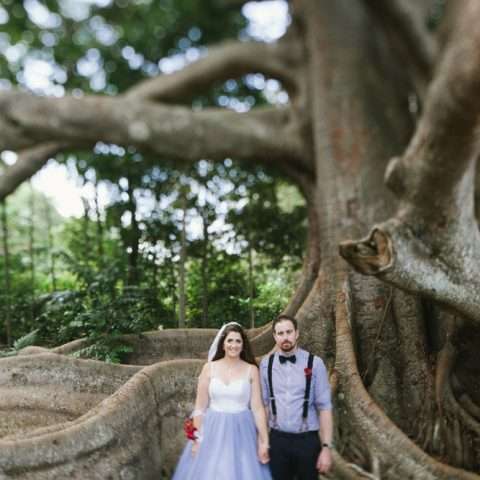 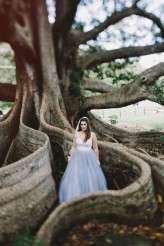 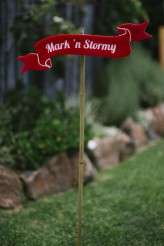 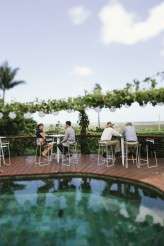 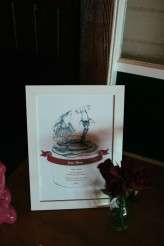 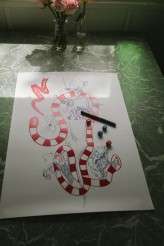 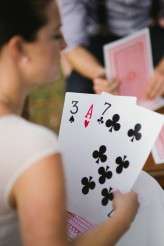 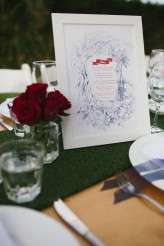 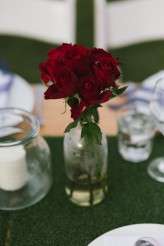 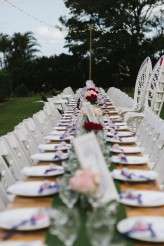 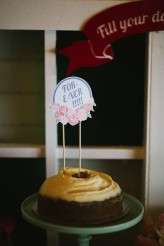 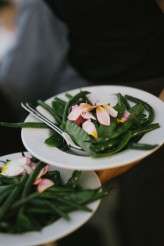 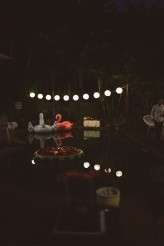