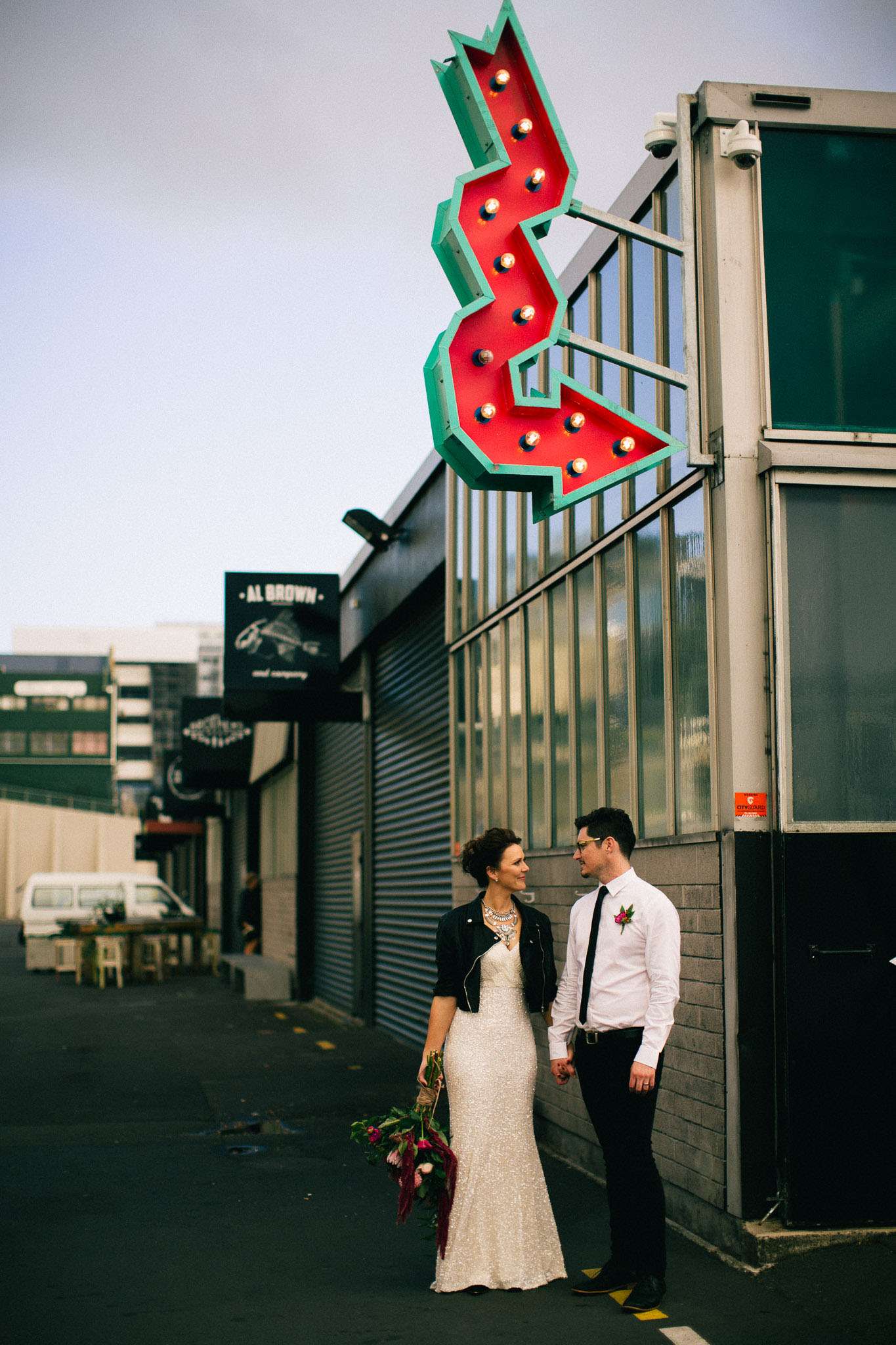 Jen and Luke we’re inspired by lots of different things for their Auckland wedding. They wanted their day to be bohemian but luxe, industrial but in the city.

Their ceremony was held at Edge Kingsland, a warehouse space and their reception on the roof of Auckland District Law Society. “We didn’t play by the rules or stick with the same old template wedding”, said the bride. “This meant more work for us but also meant we loved every part of our day because it was a unique reflection of us. We researched a lot of venues around Auckland and nothing really fit so decided to do it ourselves in exactly the way we wanted to do it.” 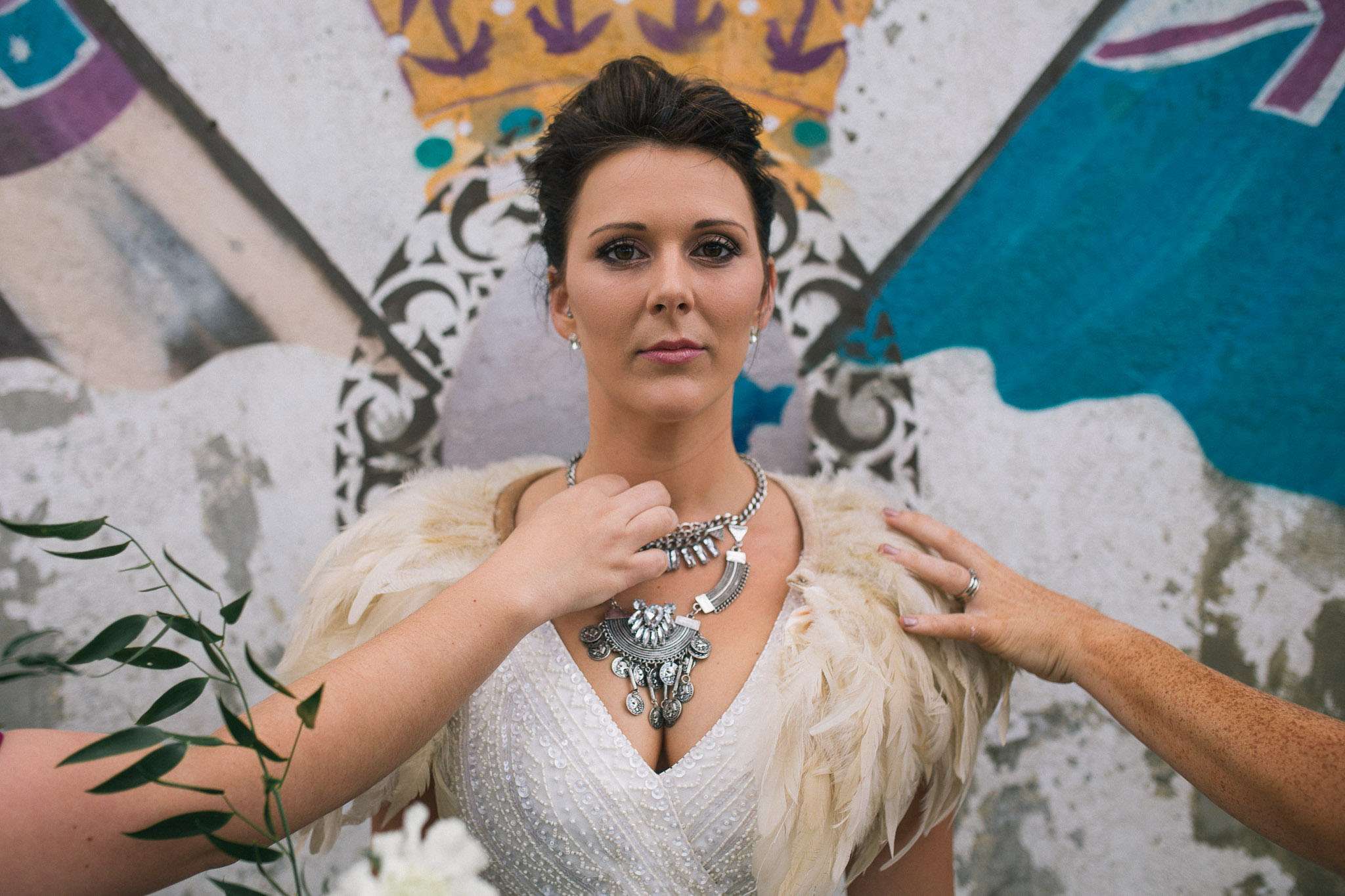 “Because of the size of the rooftop, our reception numbers were quite limited”, she continued. “Because of this we had a semi-open invite to our ceremony. We chose to cut our cake during our ceremony so all our friends and family could be a part of that moment. It wasn’t perfect – we forgot to put the flowers on top of the cake (something I always wanted) so I told my bridesmaids to find me some flowers ASAP and basically ripped the heads off them and stuck them on the cake, in front of everyone! The cake knife was also nowhere to be found so one of the groomsmen ran off stage and found the first cutting utensil which happened to be a small bread and butter knife!” 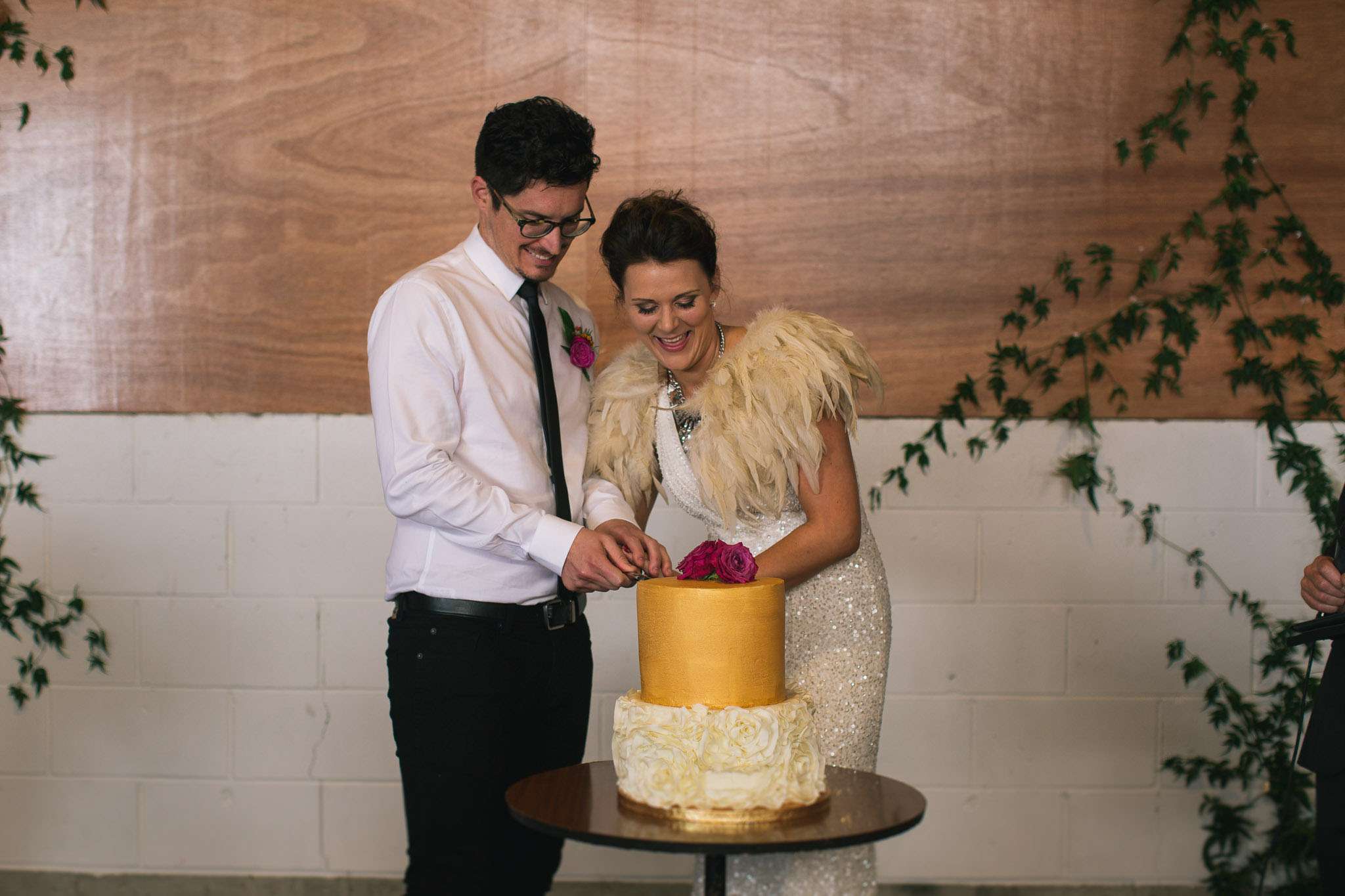 Wanting to make the day unique, the couple made as much as they could themselves including the stationery, music, décor and flowers. “I designed and made the bouquets, buttonholes and around 30 arrangements for the décor as well as the ivy wall installation. My dad also made around 15 concrete pots which I spray-painted a mixture of black, gold, and copper, which lined the aisle holding magnolia leaves.” 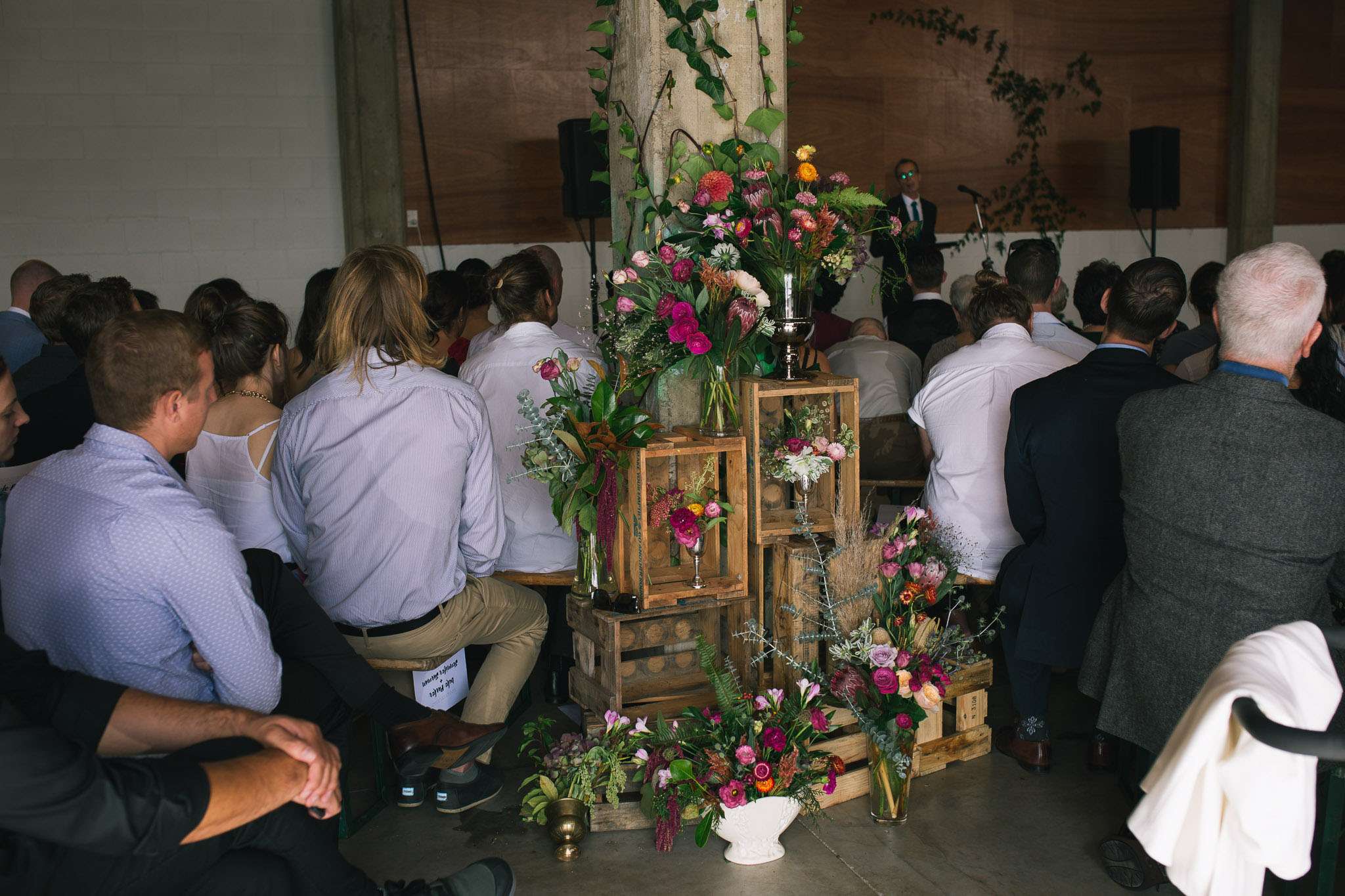 “Our biggest expense was my dress which was from Rachel Gilbert. “I fell in love with my dress over in Australia and knew it was ‘the one’ right away”, she said. “I didn’t want a big white dress, just something that made me feel really special and this dress did just that. Plus I had a vision from the start to somehow wear leather, feathers and a big statement necklace and I just knew this dress could totally pull that off. We also spent a good chunk of our budget on our incredible photographer, our amazing food (spit roast of lamb, pig and rotisserie chickens) and also the alcohol as our venue allowed us to BYO.” 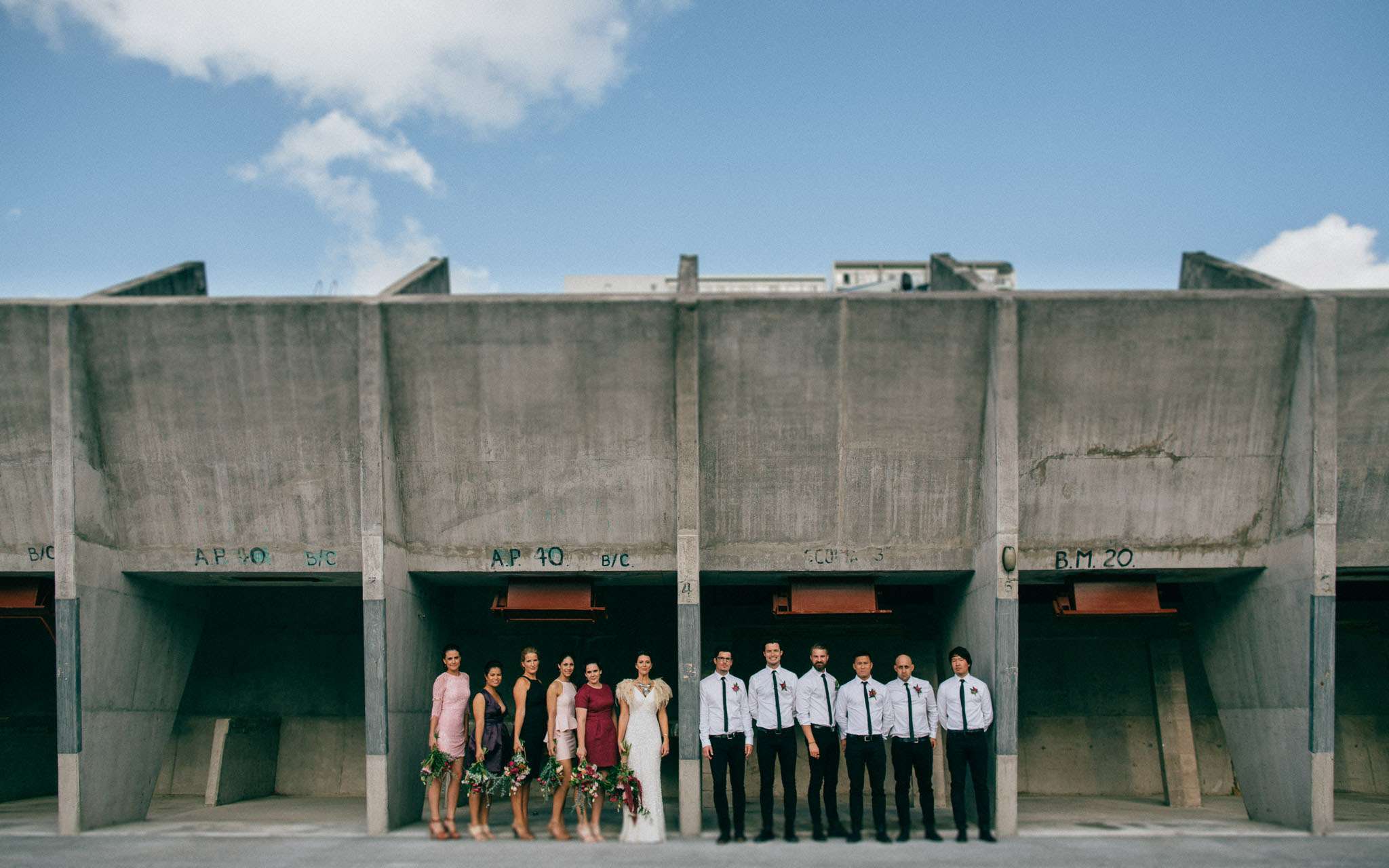 “There’s not much I’d change about our wedding”, she concluded. “I would have loved to have been able to spend more time with friends and family after the ceremony but we were on a tight timeline with photos happening and getting to the reception. So I think in retrospect I would’ve made the ceremony start a little earlier and have allowed more time to just enjoy seeing people.” 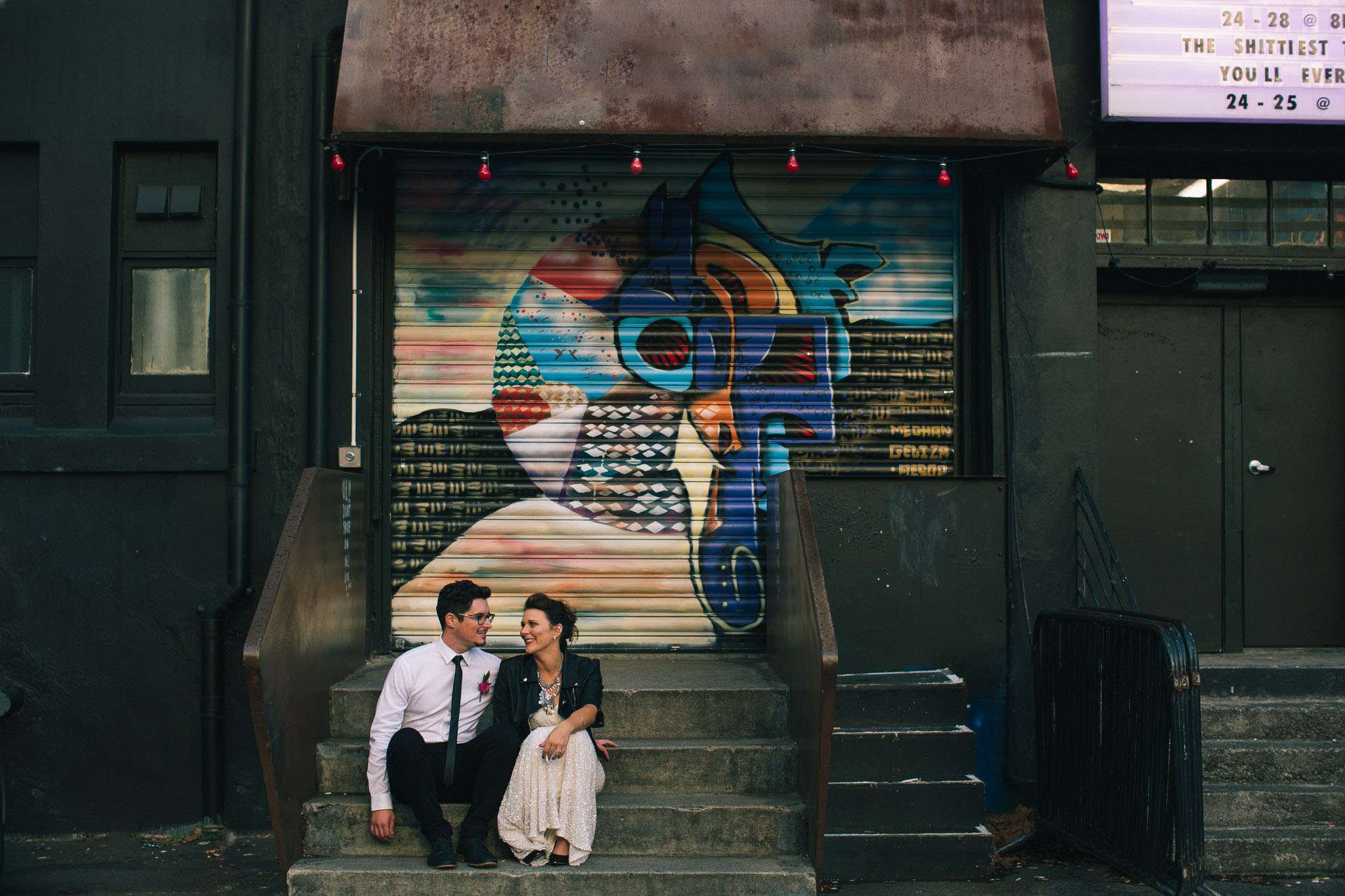 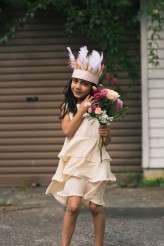 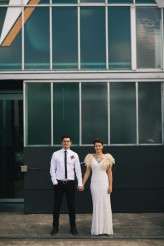 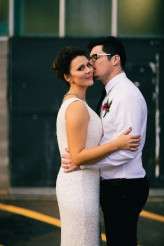 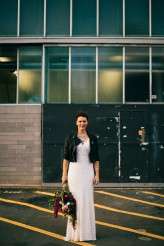 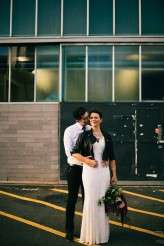 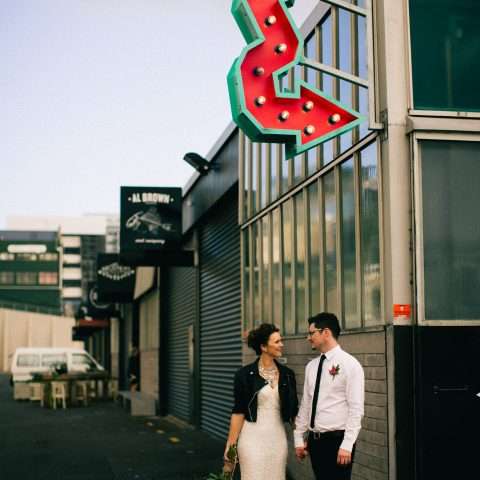