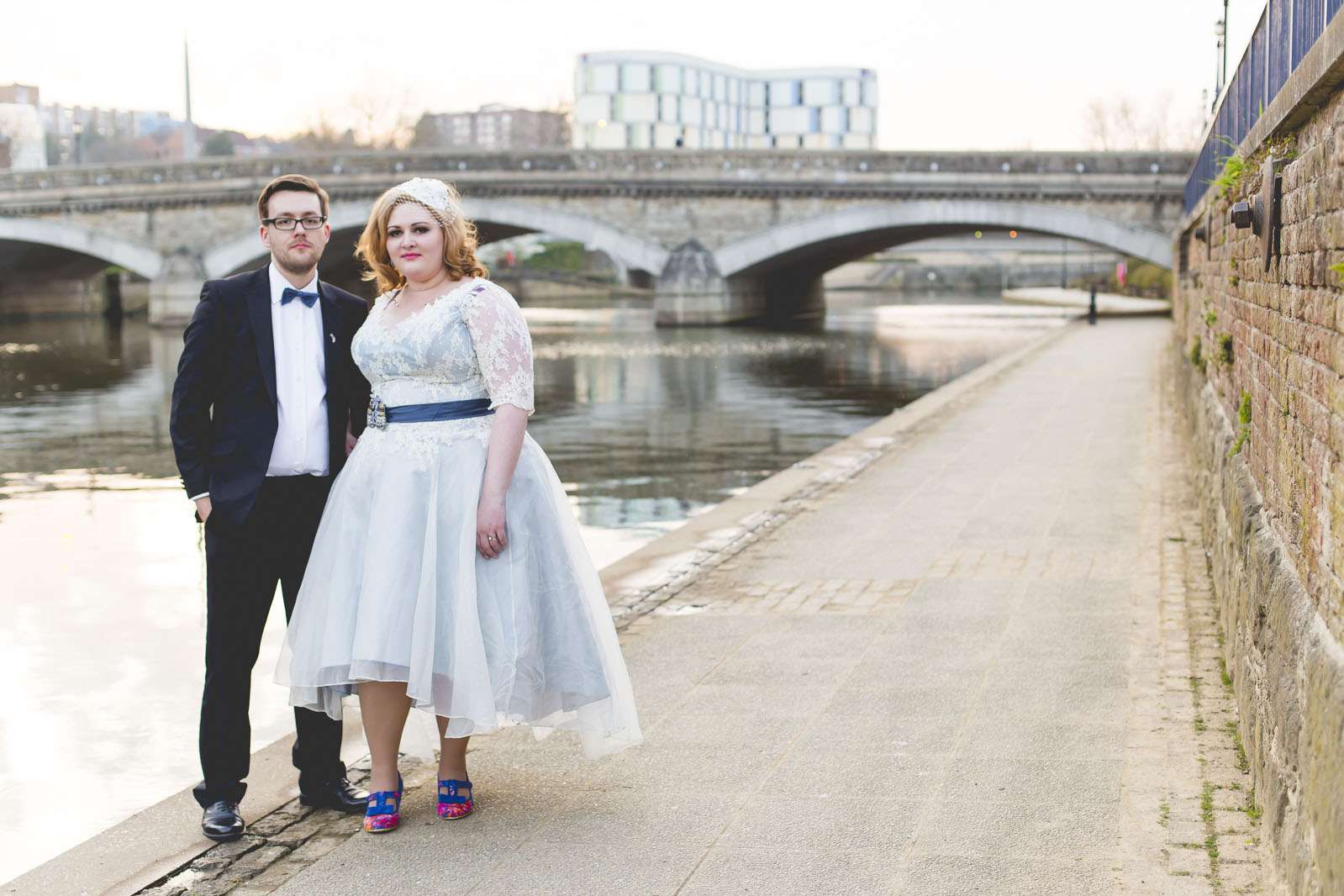 Sean and Kath were married in Maidstone, Kent. The biggest influence for their wedding was their mutual love of Doctor Who! Kath wore a dalek belt made for her by The Couture Company (who also made her stunning dress and headpiece), and their cake had a Tardis on top! 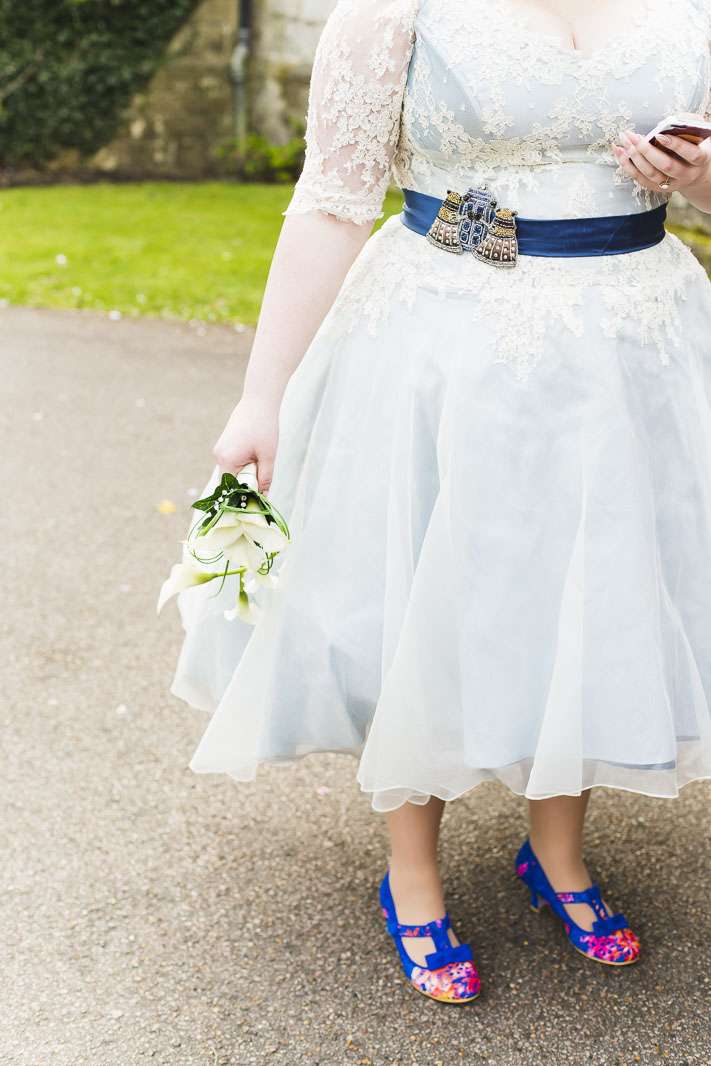 “Doctor Who was the main influence for our wedding, though we did try to keep it a bit tongue-in-cheek”, Kath explained. “I knitted various projects throughout the wedding planning but they had absolutely nothing to do with the wedding and everything to do with my lack of an attention span!” 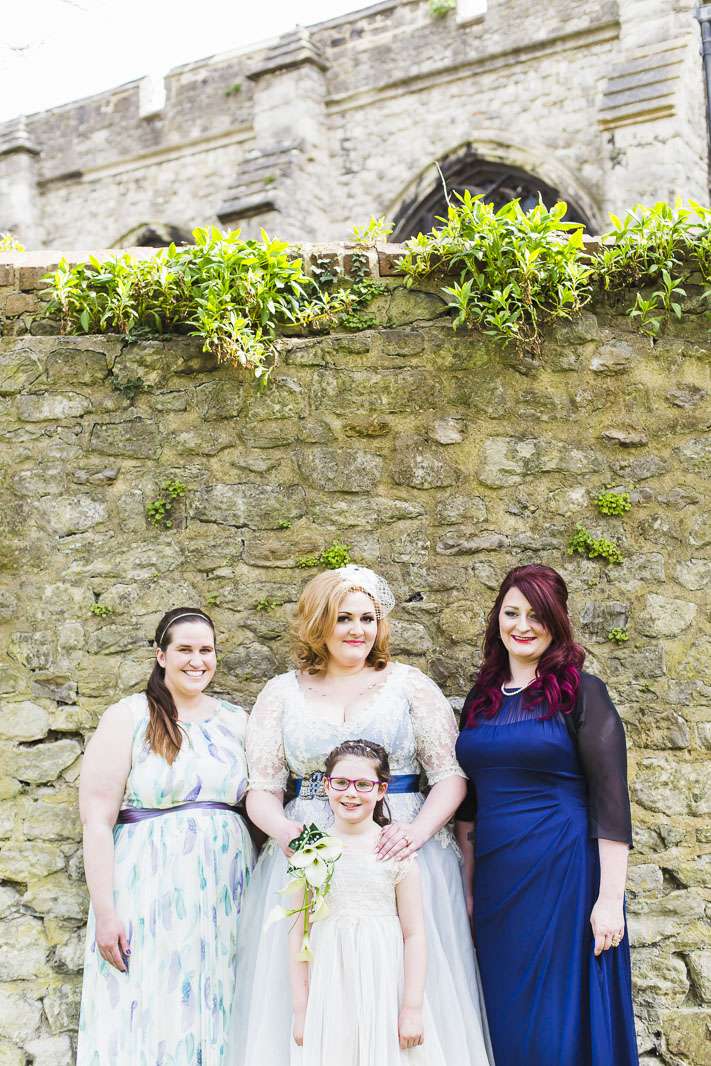 Their reception venue was The Bridge Restaurant. “We got lucky with Bridges, because they offered us a great deal by hosting both the wedding breakfast and reception there”, she continued. “We also kept the wedding relatively small, with only 40 guests for the ceremony and meal. However we invited more people for the evening reception.” 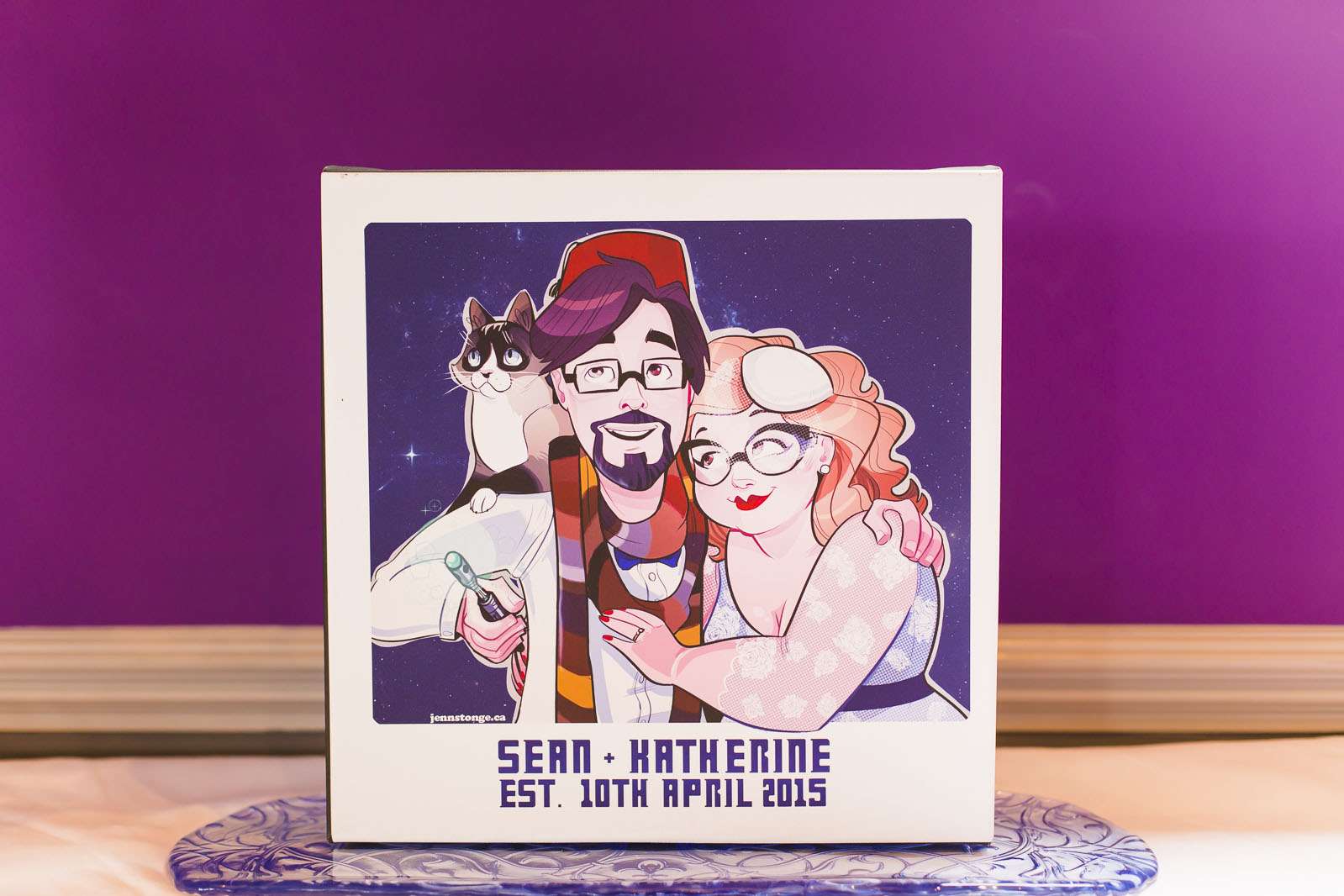 “Our biggest costs were my dress and the photographer. It’s safe to say that the results speak for themselves in both cases! As for the dress, I was so concerned about finding a plus-size dress that I initially wanted to skip the whole thing and just elope. However my fears were assuaged as soon as I met Jo at The Couture Company. She grabbed me by the shoulders and told her everything would be okay… and it was!” 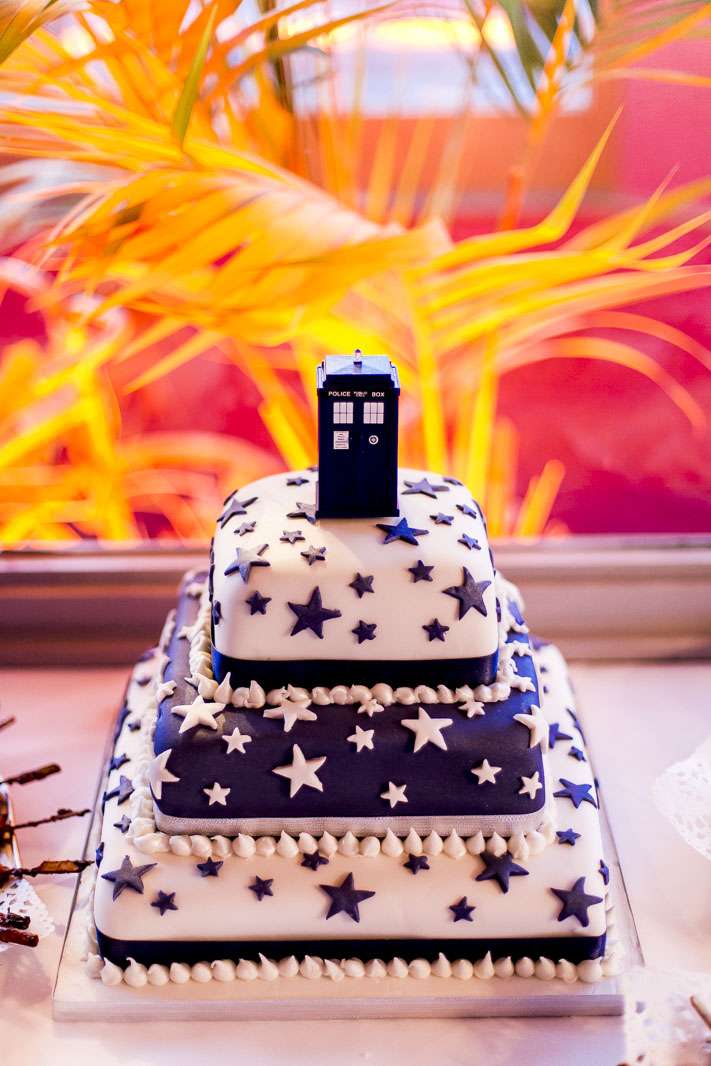 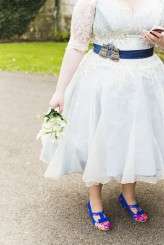 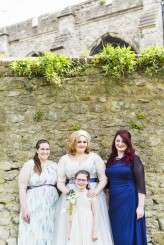 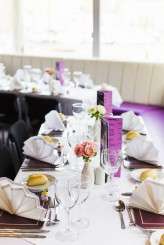 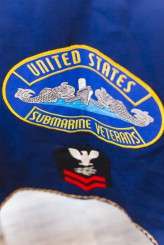 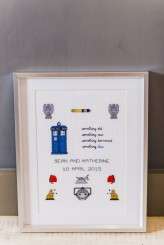 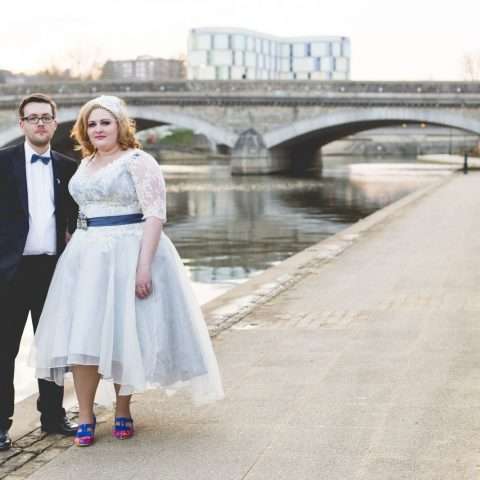 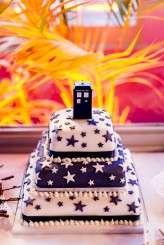