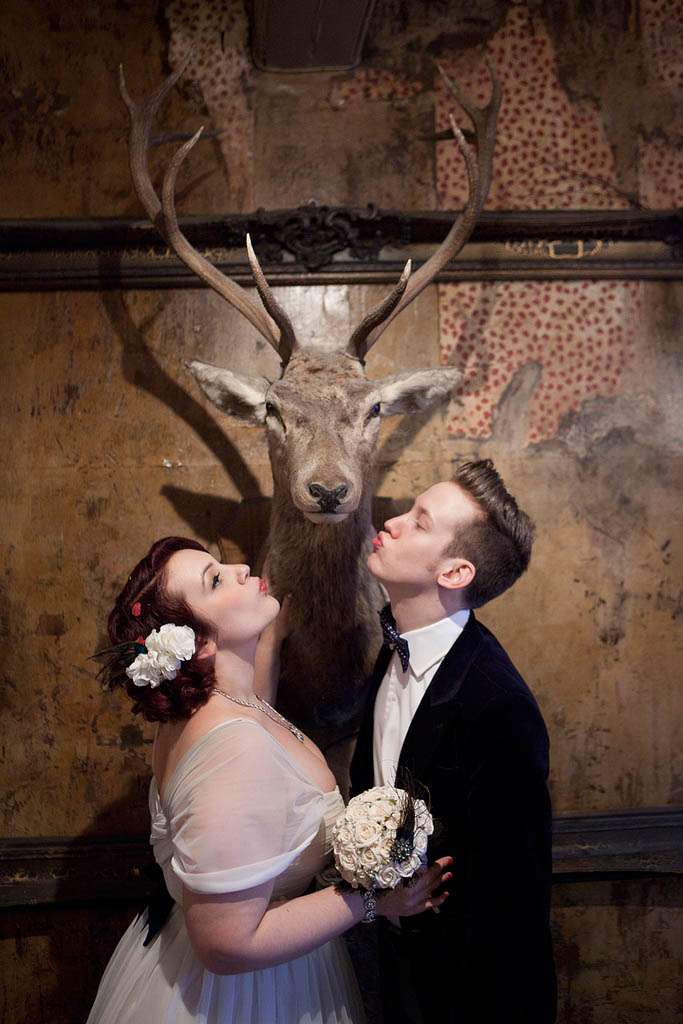 Danyelle & Daniel were married on New Year’s Eve in Islington Town Hall, North London. They picked this day for their wedding because the bride’s great grandparents were married on Christmas Eve before her great grandfather has to go off to fight in World War II and they felt it would be nice to have their special day around the same time of year, in memory of them. 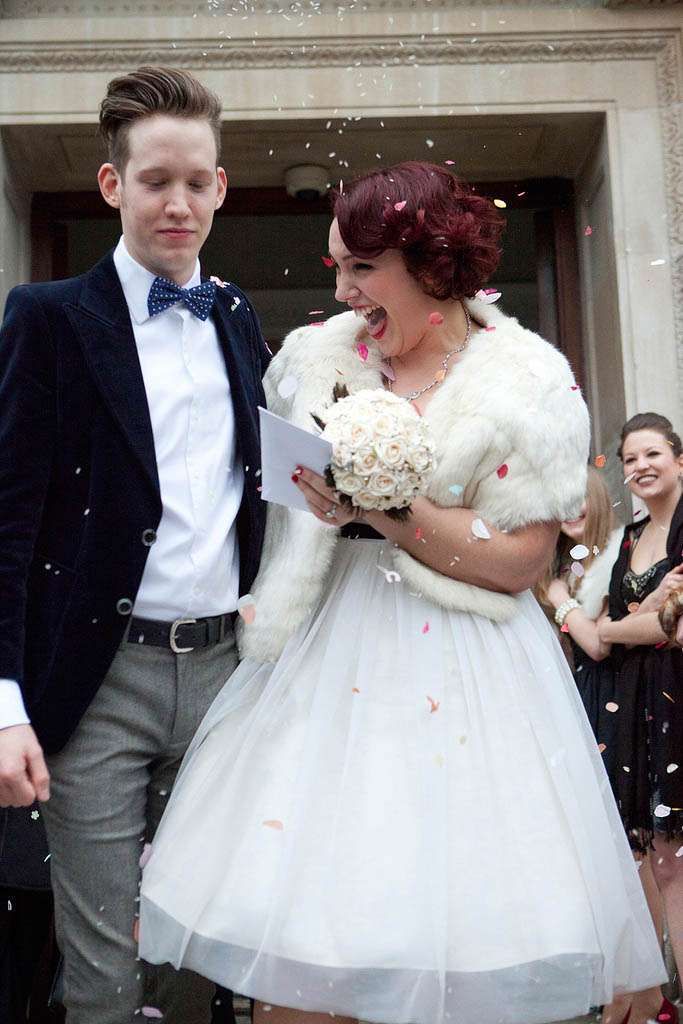 “There is something a bit magical about that time of year, and since they had the best innings I can imagine for a married couple I was also hoping some of their luck might be rubbed off onto us,” Dannyelle told me. “Also, Christmas time is a lot easier for those travelling from Australia (where Dannyelle is from) in terms of holiday so it worked well for my parents and grandmother.” 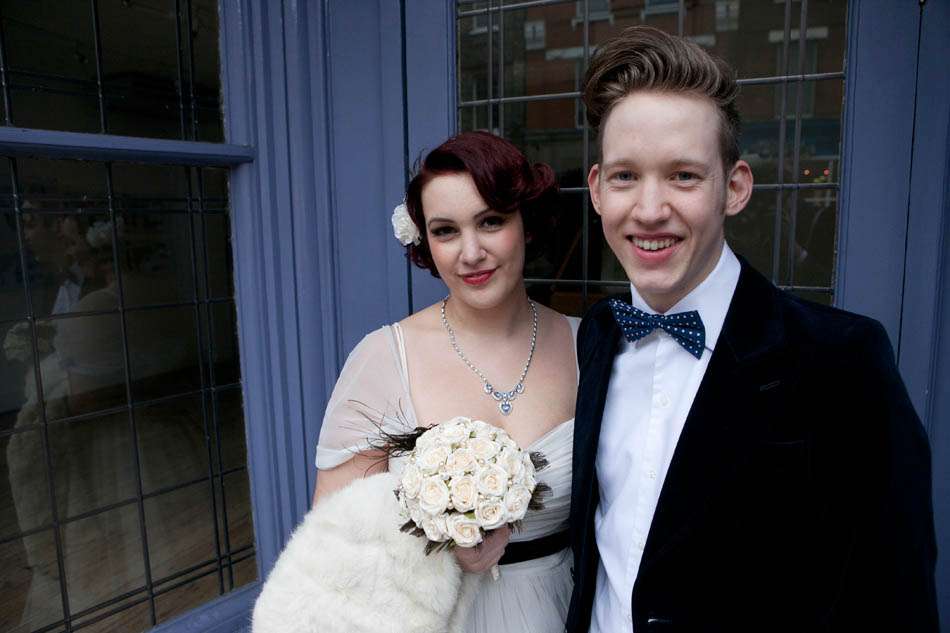 The bride wanted a vintage dress but thought it was a lost cause as she is a curvy girl and vintage dresses are usually teeny tiny. That was of course until she discovered Fur Coat No Knickers. “I was really starting to fret about the whole vintage wedding dress issue, especially as I am quite curvy, until I stumbled across Laura and Emma at Fur Coat No Knickers. As soon as I walked in to the shop I knew that if I couldn’t find my dress there, it wasn’t too be found. Thankfully we found a beautiful, floor length, almost grecian looking number from America, which the girls shortened, added a petticoat to with navy blue detailing, added a velvet sash and some floaty shoulder wraps and we were on out way,” 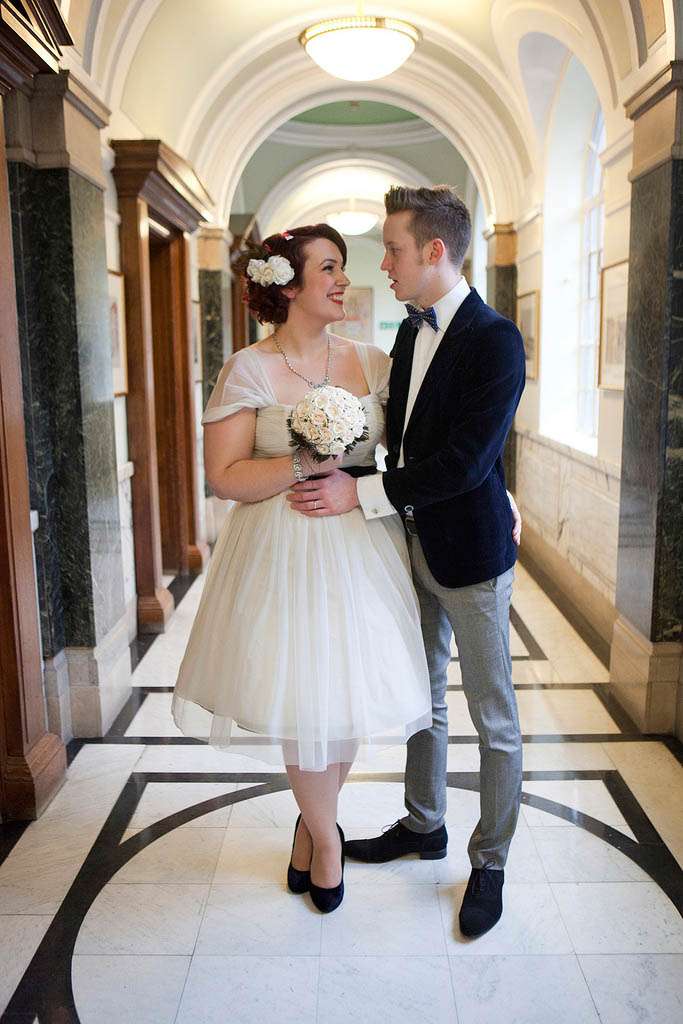 “My friend Gaby made my headpiece, my shoes were from Office which I had dyed to match the exact navy of Dan’s blazer and my sash, and my bouquet was made from foam roses, small pearls and crystals and peacock feathers. I found my 1950’s jewellery online through Chic and Unique (thank god for the internet!). I also found a vintage fur stole in a boutique in Angel and added a peacock feather brooch to it to tie it into my outfit.” 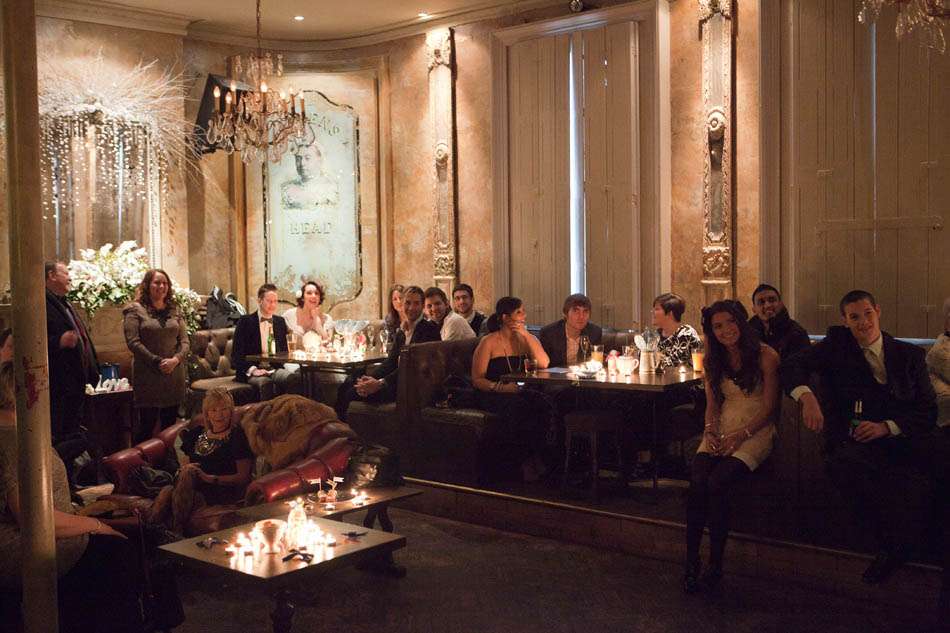 The reception was held on the top floor of a beautiful old pub called the Queens Head in Angel. The bride’s friends & Mum decorated it on the day of the wedding, “I couldn’t believe how beautiful it looked when we walked in,” she said. “As we had somehow randomly ended up a with a navy blue and white colour scheme, Daniel and I had gone trekking round the markets in east London for crockery, glass ware and containers to fulfil our ‘kitschy afternoon tea’ feel.” 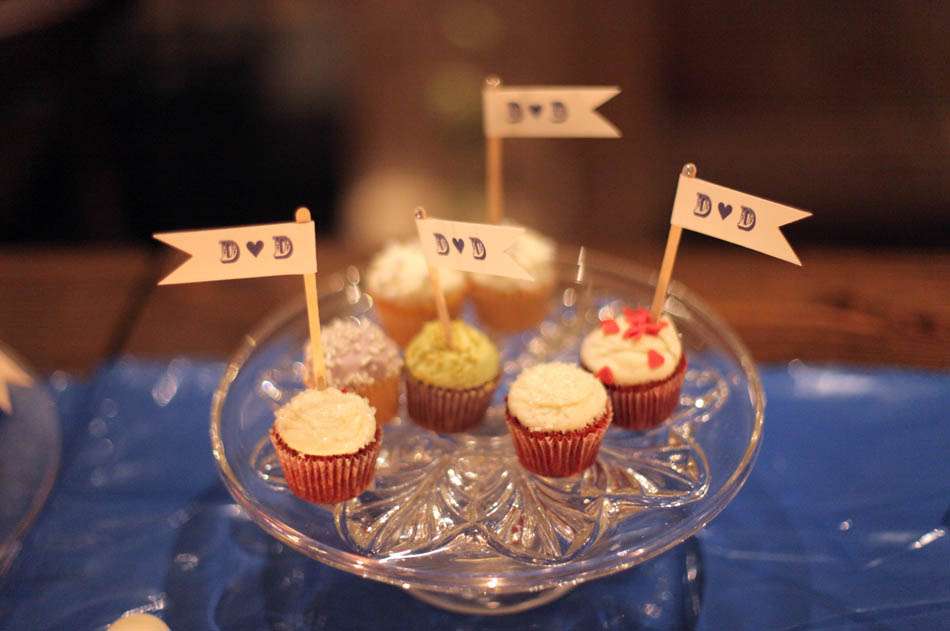 “We also bought in loads of old fashioned sweets that we had found in Selfridges including sugared mice and bought giant blue and white whirlypops as wedding favours for the guests. I found some sweet love bunting, and photo prop moustaches online which went down a storm. As we like to bake cupcakes for our friends and family we decided that was the way to go  – we used Crumbs and Doilies and speared these with custom flags we had made up by a seller on etsy. Although we didn’t go all out on some of the details like loads of couples do, we knew we were going to have the issue of lugging all the stuff across London on NYE so planned smart!” 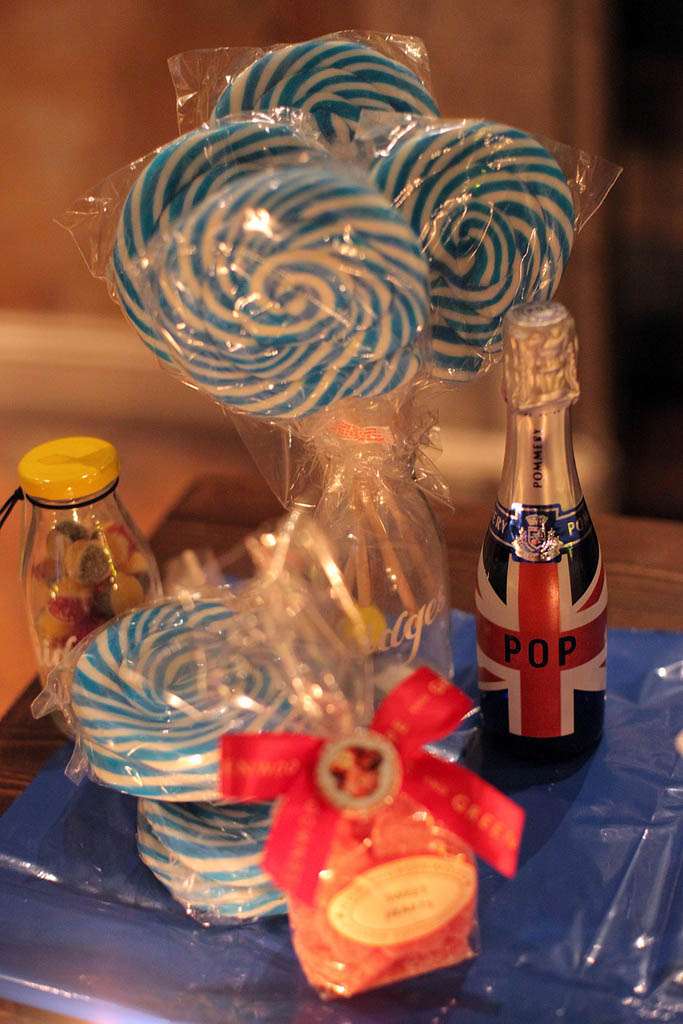 Thank you so much to Danyelle & Daniel for sharing their magical day with us today. 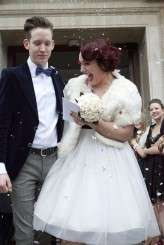 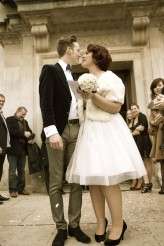 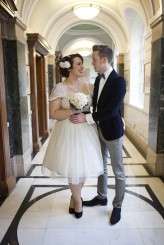 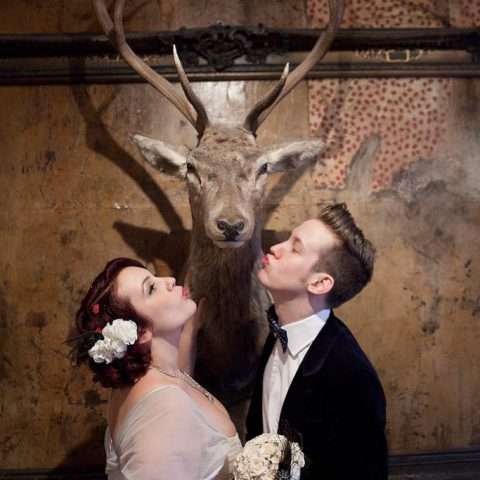 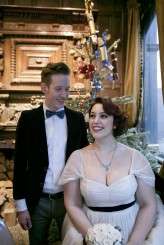 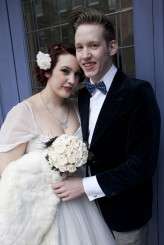 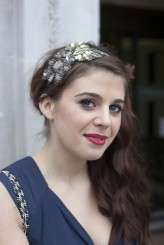 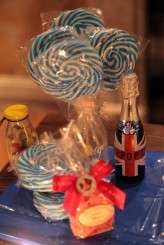