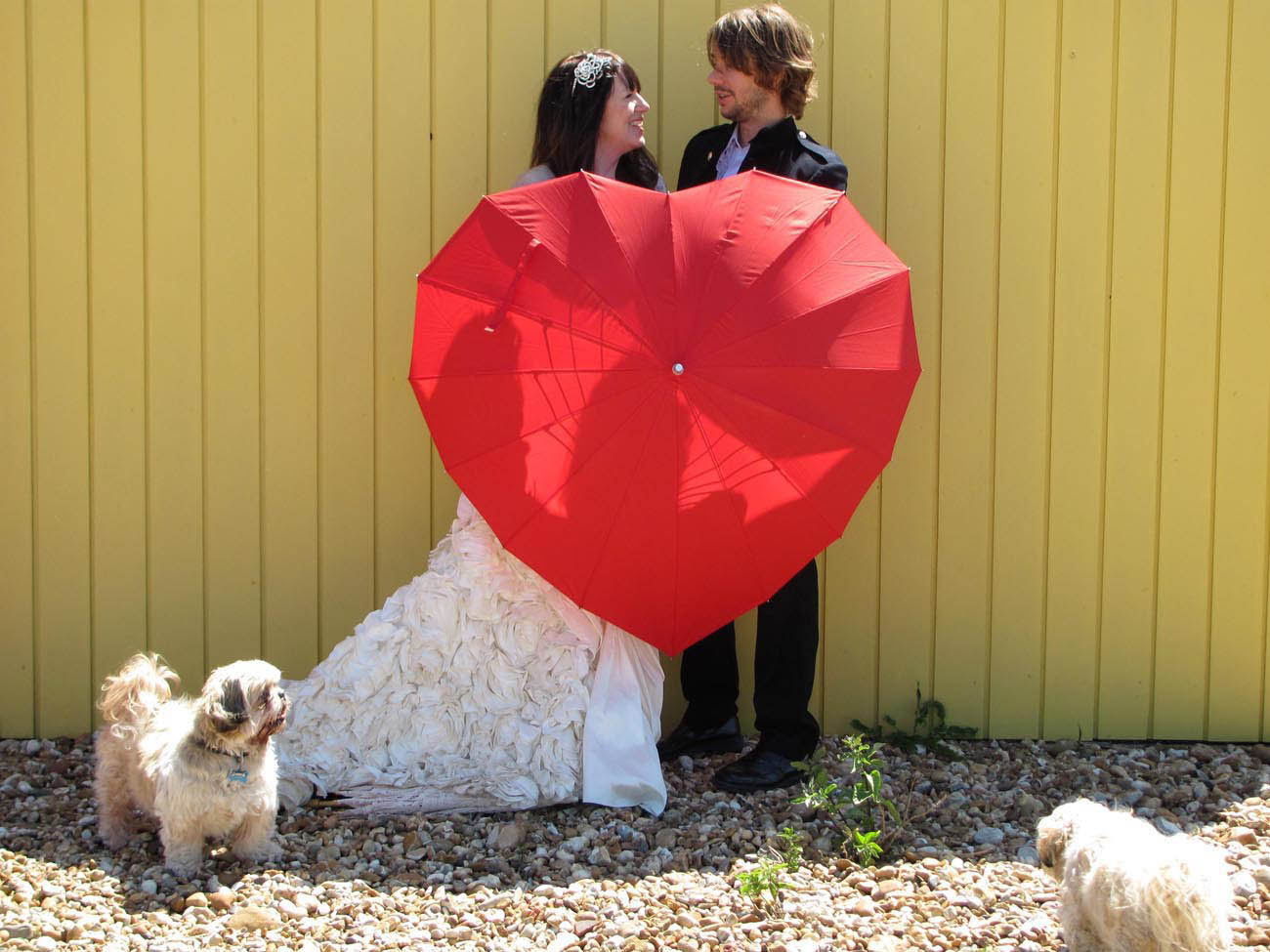 Clare & Paul’s fabulous seaside wedding had a whole lot of DIY love and the bride told me all about it, “I had such a fabulous time organising our wedding.  I usually work as a community artist and I often work on exciting glittering and decorative carnival costumes, so this was an opportunity for me to bring some sparkle into our day!” 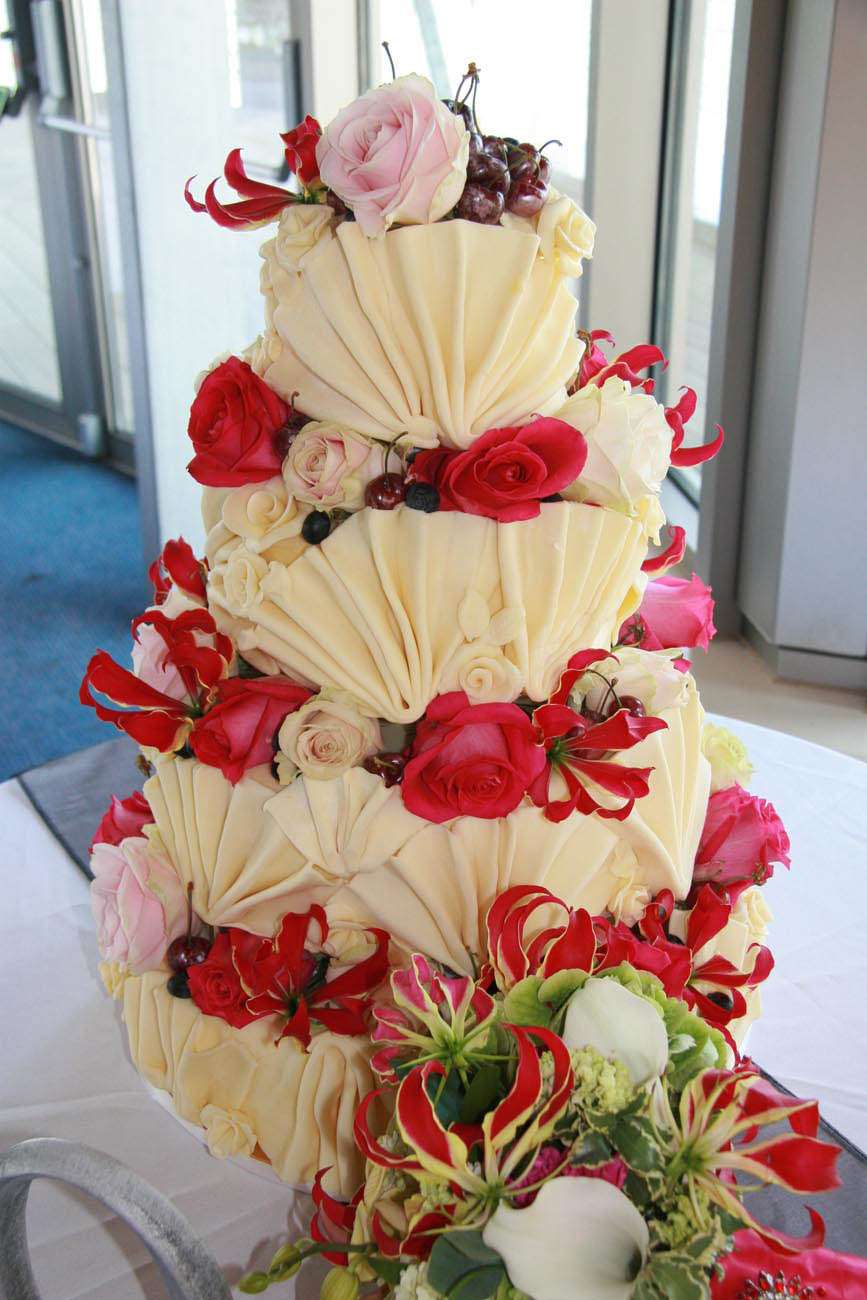 “Paul and I wanted our wedding to be special to us and to reflect our personalities and our interests in art and music. I wanted to be part of the designing and making of as many different parts of the wedding as I could. We love colour so when my daughters chose their ivory and black beautiful dresses I added hot pink and red to the mix.  Although there is so much to do and you can go on a mad spending spree, we set a budget (which we slightly exceeded – oops!) but I loved every minute of it.” 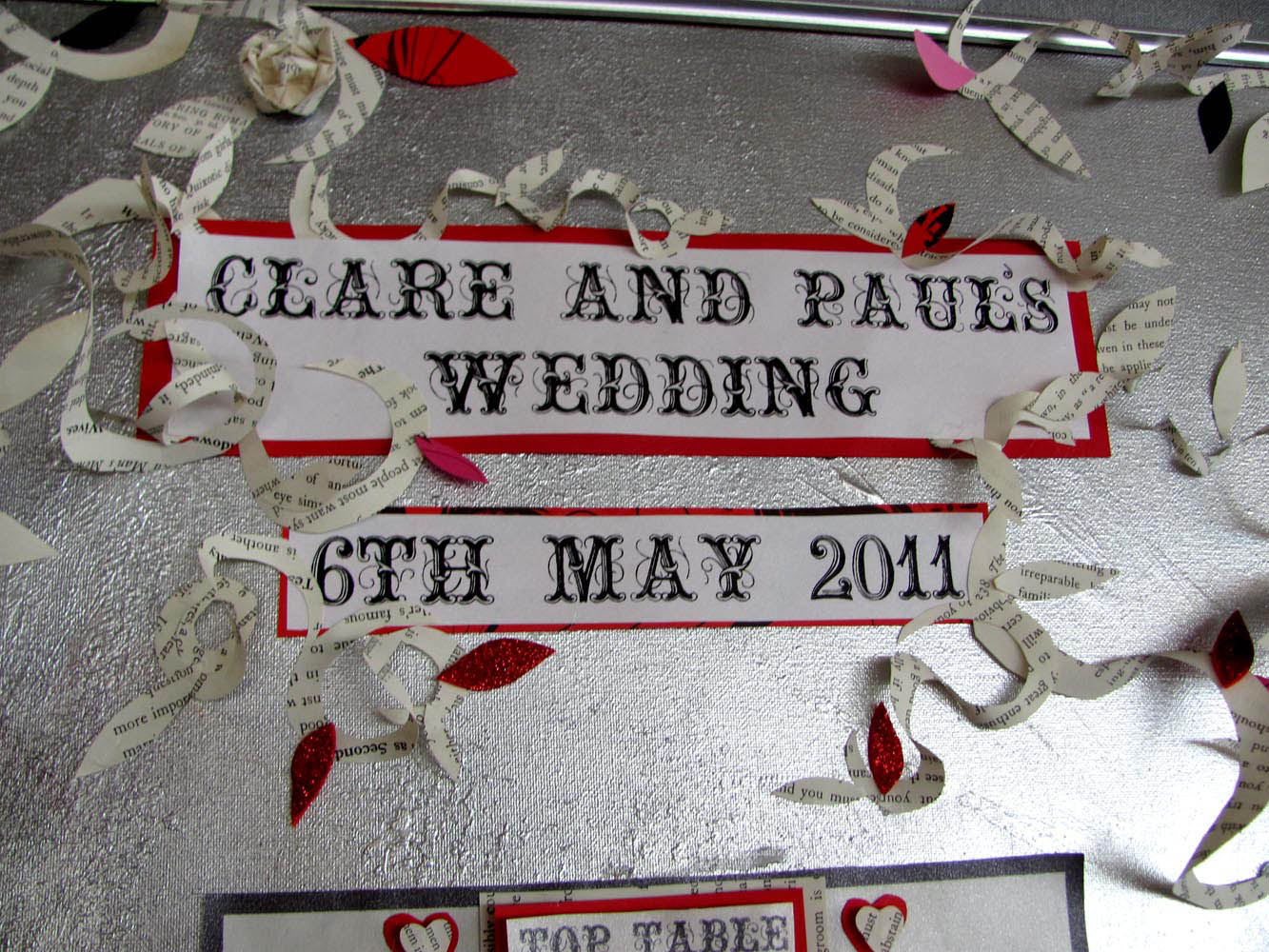 The wedding reception took place at The Hayling Island Sailing Club in Portsmouth. “Our guests arrived on a red double decker London bus,” Clare continued. “My two daughters and my niece were my bridesmaids, they had their hair in Audrey Hepburn inspired buns with beautiful orchids and Gloriosa in their hair to match our bouquets.  I wore an Ian Stuart asymmetrical dress.  We arrived at the ceremony in Trevor Howard’s (Brief encounter) beautiful red alvis sports tourer and a candy pink london taxi!” 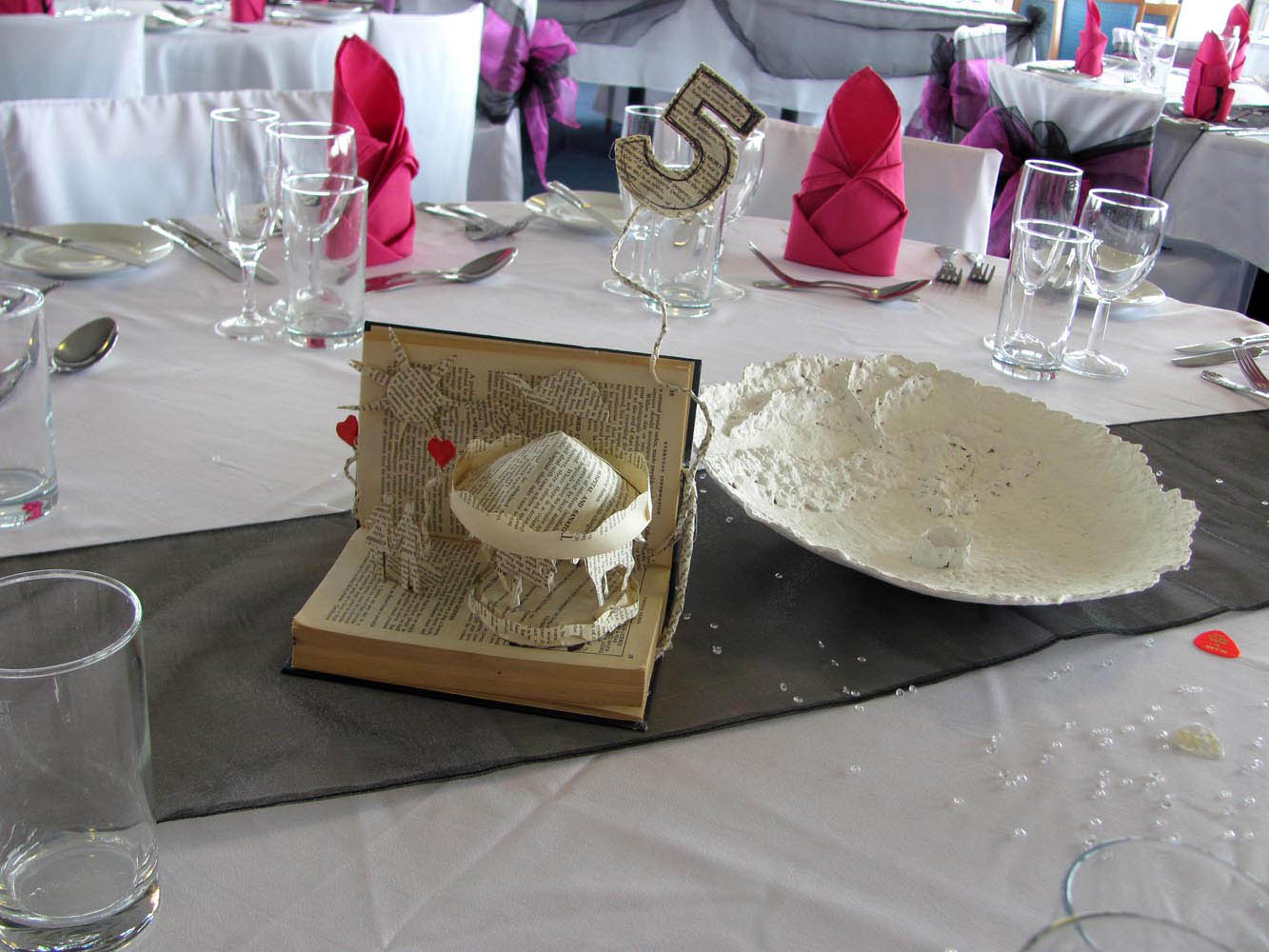 When I first saw Clare & Paul’s wedding, my eyes were immediately drawn to their incredibly unique table numbers, crafted out of vintage books. I had to know more! Can you believe the bride made these herself?! “We used paper cuttings from vintage books to decorate our table plan and our table numbers,” she said. “We scattered plectrums around on the table with our names and the wedding date on. I made a huge table plan using a large frame I had resprayed and cut out leaves and origami roses made by Paul.  I made my table numbers with a set of 7 vintage books in which I made little scenes of Paul and my life! My shop on Etsy ohlalovely is selling/taking commissions for these books if anyone wants some made.” 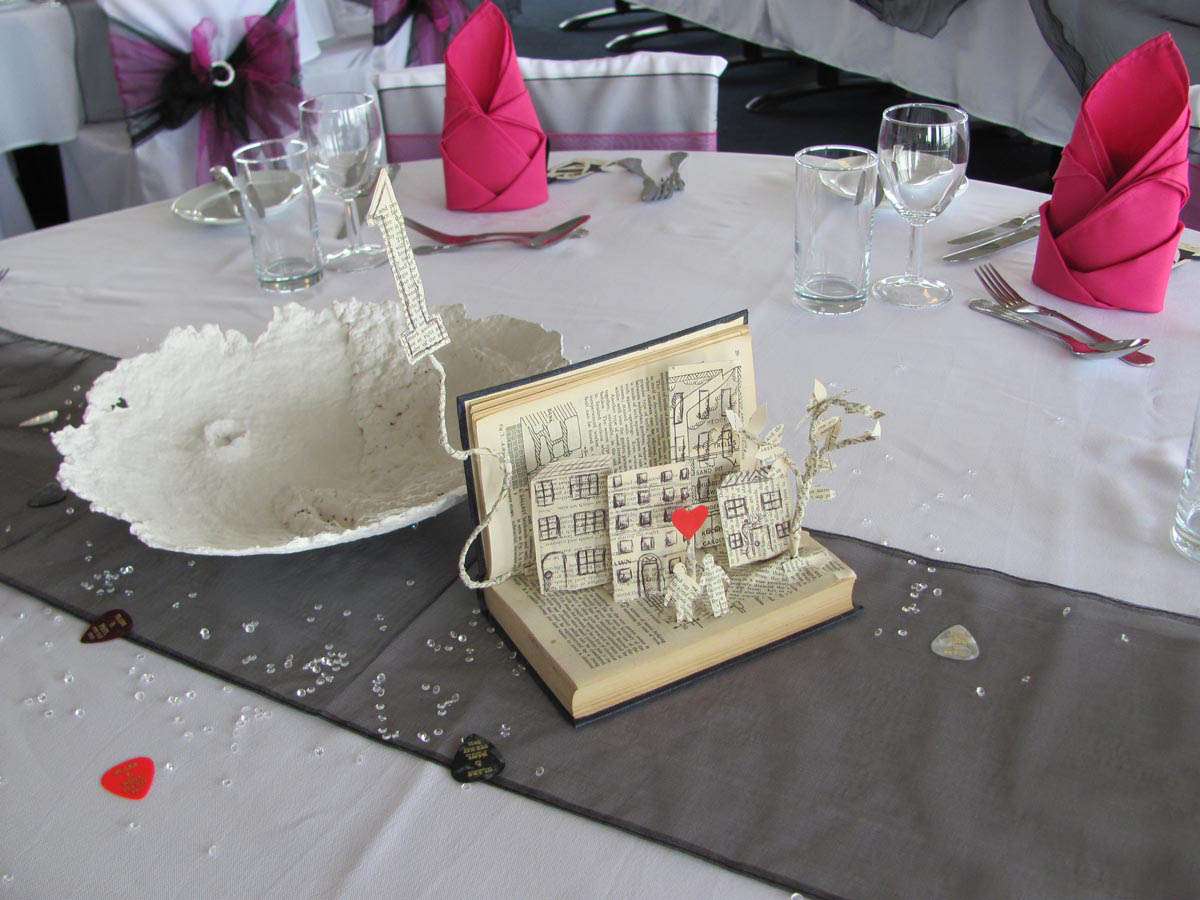 Incredible huh? I don’t know about you, but I’m off to check out Clare’s Etsy store right now!

Thanks to Clare & Paul for sharing their day with us. 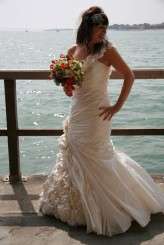 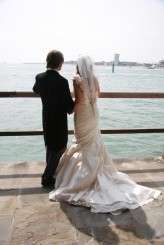 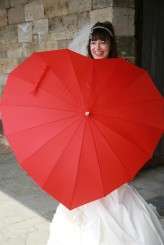 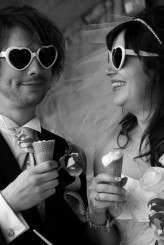 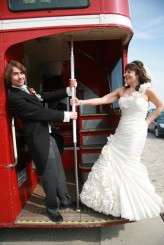 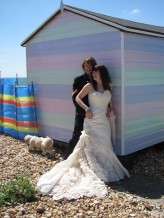 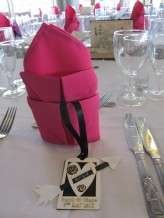 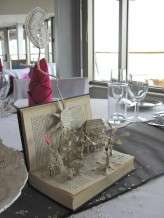 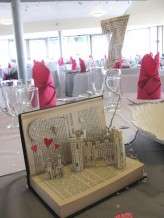 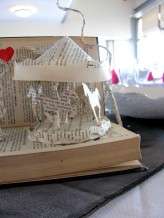 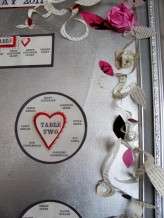 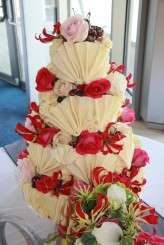 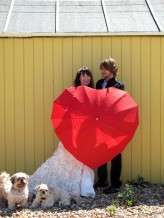