I’ve got a bit of a surprise today… {sneaky chuckle} Phoebe & Teraaka’s stunner of a UK wedding was actually submitted to me by their naughty friend Cheska as she said Phoebe would be too shy to submit herself – are you kidding me girlie?! You’re wedding is utter hotness!

Phoebe & Teraaka’s simple and perfectly English, outdoor wedding just captured my imagination with it’s almost quaint and perfectly personal nature. The wedding was DIY and family central with details such as potted flowers picked from Phoebe’s grandparents fields and garden as centrepieces which were later re-planted in Phoebe & Teraaka’s garden at their new home. The main centrepiece was an apple tree from Teraaka’s aunt and uncle in Hereford (where Teraaka was born) and was also replanted in the couple’s garden after the wedding. Phoebe’s family are from Burton on Trent (beer capital of the UK) so her father provided a few barrels of Burton beer. Phoebe’s dress and shoes were both from my favourite shop, Topshop.

Cheska told me a whole  bunch of juicy details about this fabulous wedding. I wish I’d been there!

The wedding itself is very hard to describe as Teraaka & Phoebe didn’t want it to be at all ‘weddingy’ in any sense of the word, so I apologise for being vague. They are both only young (now 22 and 20 respectively) and didn’t feel the need for a big do. With a new home and new baby boy, they couldn’t really afford anything too ostentatious. They wanted something small, to share their happiness (and new addition) with their family and friends. As only family and close friends were at the ceremony, they knew they had no one to ‘impress’ and could do everything exactly as they wished. And they said that if they thought they had really missed out, they could always renew their vows when they had more money. 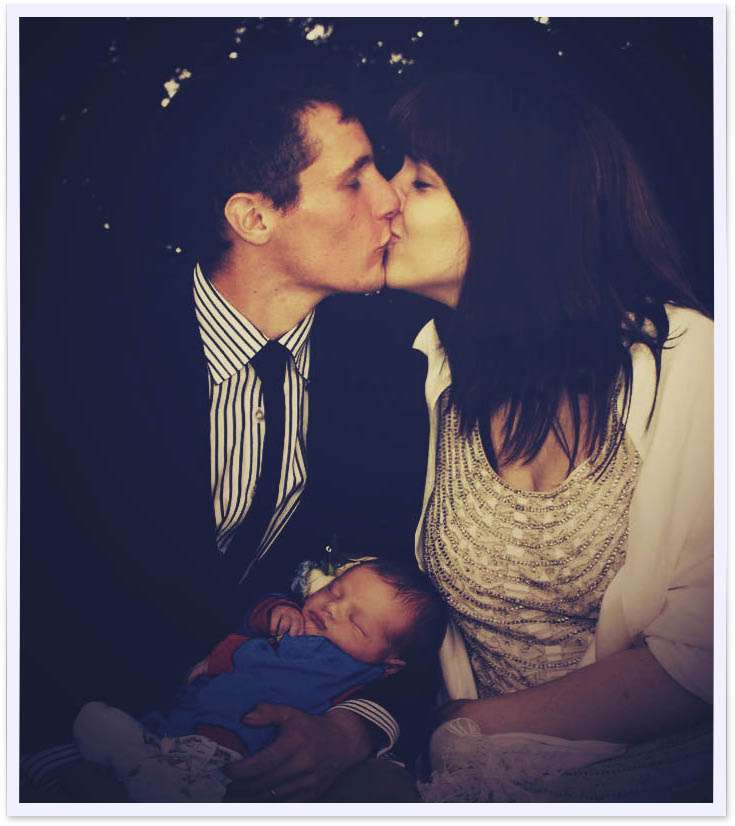 They were married in a registry office and had a simple yet lovely blessing/reception Phoebe’s grandparents orchard in Staffordshire. Phoebe had given birth to their beautiful son Theo a few days before (about a week, I think). They planned the wedding in about a month (despite being engaged for a while before, I think life aka moving house, pregnancy and Teraaka getting his degree/working got in the way!) and with the help of family and friends organised/made EVERYTHING themselves (from invitations to catering.) Phoebe described this as ‘cheap and cheerful, with a beg/borrow/bribe element’

From what I can gather there was a possibly a ‘vintage’ theme, with Phoebe making twenties style invitations, a blue/grey colour scheme and various vintage mercury glass decorations. The only vendor used was a florist as her grandma insisted on buying her flowers. The blessing was performed in the style of poetry, music and well wishes from friends and family insisted that their guests give them their blessing as opposed to a minister of any kind. Later in the night, other friends joined them for a ‘pot luck’ barbecue, drink, live music, camping and merriment. It was a suitably laid back, amazing, beautiful, hilarious, understated and eclectic day and they wouldn’t change a thing.

Teraaka wore a suit that he already owned (he may have been wearing it when they got engaged, not sure.)
Phoebe wore a cream and mink lace cocktail dress, with flapper style crystal shoes, cream wrap and her grandma’s vintage brooch (old, borrowed and blue.)
Poor Phoebe had a dress disaster. She was getting a dress hand made by a well known etsy dress maker in America. A couple of weeks before the wedding the dress maker went AWOL with the wedding underwear and a deposit so Phoebe had to trawl the internet for a ready made dress. She found a beautiful, white silk, floor length, vintage/grecian/Jenny Packham style number and  made sure it fit her at full term pregnancy to compensate for the baby weight. However on the morning of the wedding, her chest had grown so much it wouldn’t shut. Already late, she trawled her wardrobe (but nothing fit.) The postman then arrived with a cocktail dress she had planned to wear that night (that too had gone AWOL thanks to royal mail.) She shoved it on, realised it was too short, put on the only slip she could find and jumped in the car. When I later asked her about this, she said she didn’t mind and would have got married in a plastic bag, but was disappointed she could only find a black slip.

Thanks to the very sneaky Cheska for sharing this amazing wedding with us. I hope Pheobe & Teraaka like their surprise! 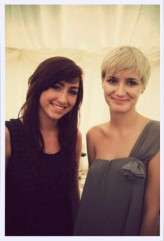 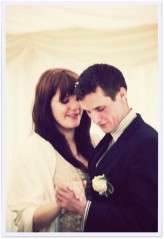 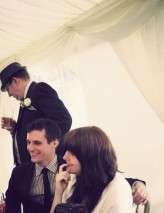 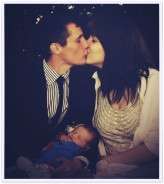 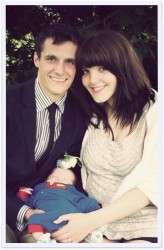 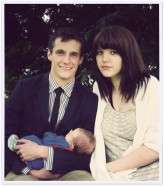 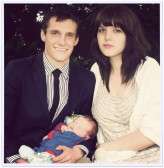 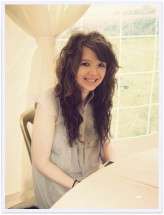 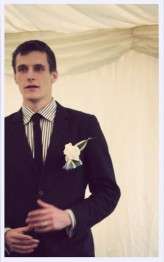 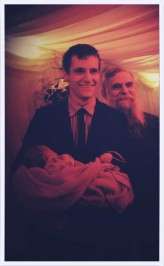 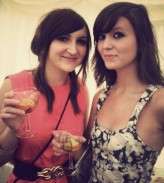 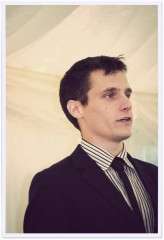 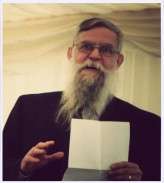 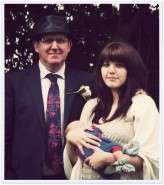