So Autumn is most definitely here huh? Unlike over the pond where Autumn means long, warm evenings frolicking through sunbaked leaves – in the UK reality is often a cold, windy and rainy prelude to winter! Thank goodness we can escape back to longer summer evenings with gorgeous images like these…swoon! 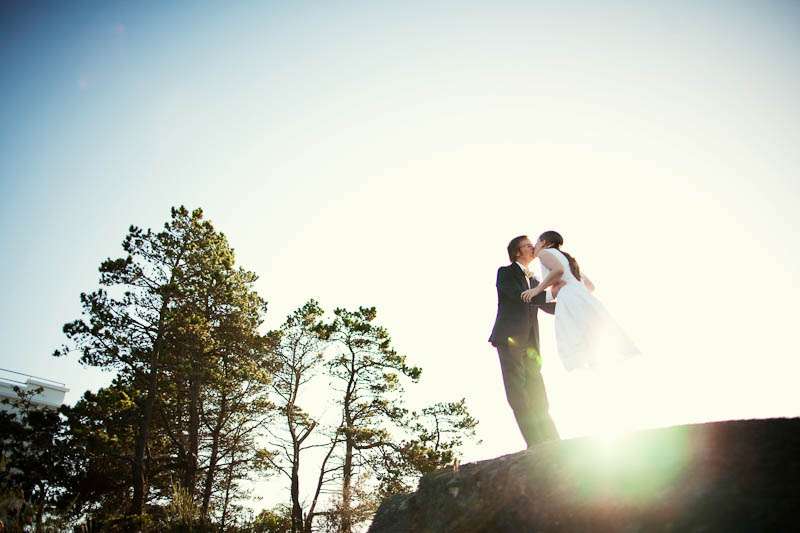 Emmy told me all about the couple:

Jen designs handbags inspired by retro images, photo belt buckle, chic aprons, and much more. Her compnay is called Bennie and Olive and is named after her Grandparents as they were the ones who taught her the skills she now uses as a designer. Jen’s amazing dress and coat were made by her friends and fellow Toronto designers Comrags. Her shoes are Ceylon by John Fluvog and were named after tea because the heels look like teapot spouts.  Jen crocheted the guys’ bow ties which I have to say are the best bowties I have ever seen and it was so cute because Kas was so proud to be wearing it.  The shot of her brother was nabbed as we left the shoot – her dad was unable to make it to the wedding but he sent his cowboy boots and hat for her brother to wear in his absence.

Thanks to the gorgeous Emmy & Aaron for bring some sunshine to my Thursday morning. 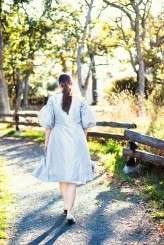 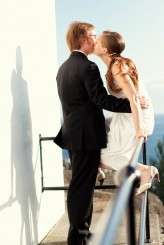 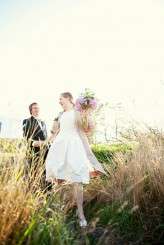 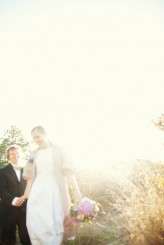 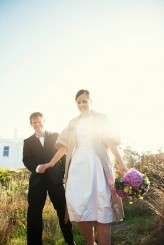