Glamour. Pure unadulterated glamour. From the gorgeous Bride and her girls all in their stunning custom made hairpieces from Heather Mandin to the Groom and his boys arriving at Grouse Mountain (the Peak of Vancouver) in a helicopter, the whole day just screams magnificence! It goes without saying that the locations is spectacular, but it’s the ridiculous fun they look like they had that does it for me.

Thank you to photographer Gracci for sharing the love with Rock n Roll Bride. 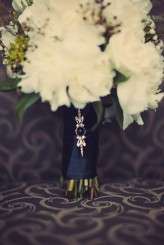 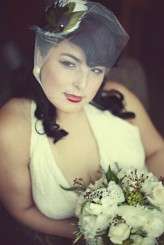 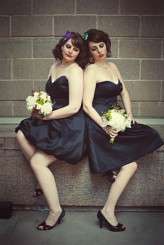 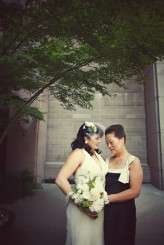 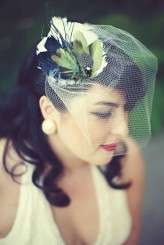 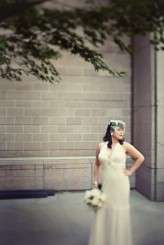 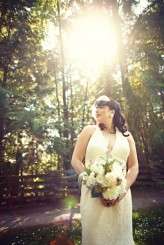 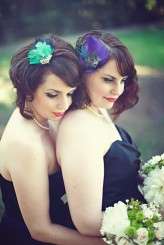 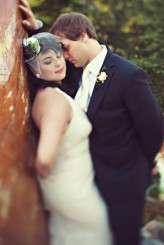 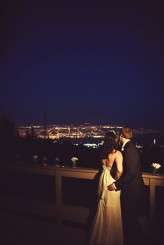 This two-day wedding in a forest in The Netherlands is sure to take your breath away... if it doesn't then I'm really not sure what else I can do for you! Celebrations like Eva and Jean's make me feel so ecstatic that my job is sharing such gorgeousness with the world. I just know you're going to love this one.

Natural and Effortless Wedding in the Woods

Tara and Aaron had a woodland wedding in Canada. They wanted their day to feel natural, organic and to be as enjoyable for their guests as possible. "The theme for the day was really brought to life when I chose my wedding dress", Tara said. "It was dip-dyed so that it had a very subtle purple ombre. That was the moment that our colour palette was chosen. We used lavender, grey, white and green. We wanted everything to look very natural since we were in the woods."

Lacey-Lee channelled Priscilla Presley for her bridal look. Her dress was an original vintage number which she had reworked to the exact style she wanted. The groom, Cam, is of Orcadian heritage so he wanted to wear traditional Scottish attire. Not an obvious paring you might think, but it really works!

Carly and Charlie wanted a woodland wedding with lots of details. They didn't pick out a theme really, they just chose things they liked. "When we started to think about the type of wedding we wanted we agreed we wanted a relaxed day, nothing to stiff or formal", said the bride. "The most important thing to us was being surrounded by our loved ones enjoying themselves. We didn’t want to become obsessed with details that wouldn’t be the lasting memories for our guests."