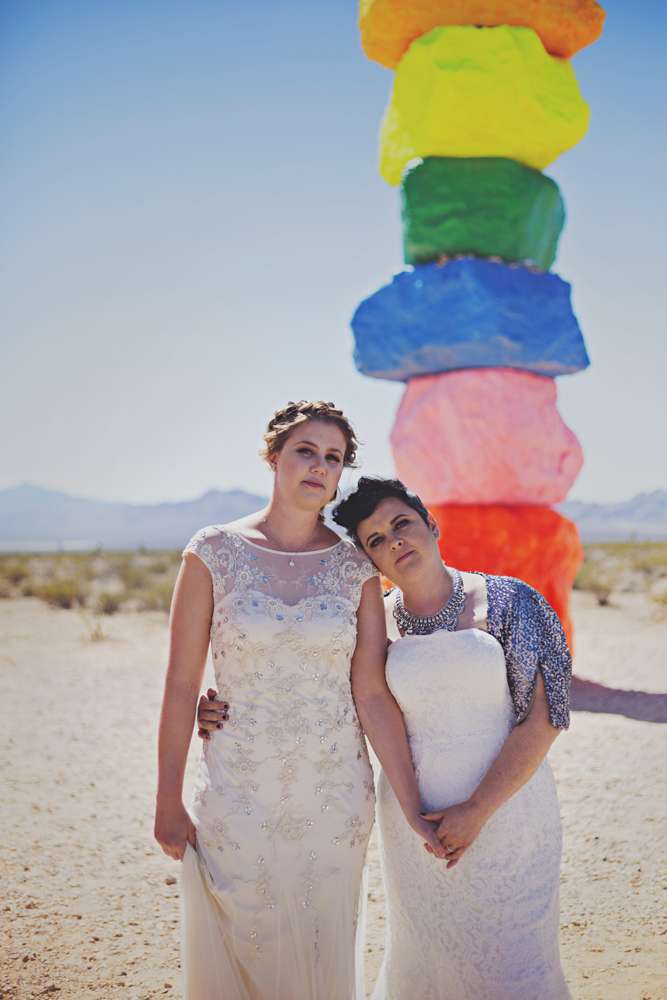 Terry and Jess said their vows in September at the Neon Museum in Las Vegas followed by photos at the iconic Seven Magic Mountains and Nelson Ghost Town. Their wedding was just the two of them, and they actually only their parents that they were going to get married just before they left for their ‘holiday’. 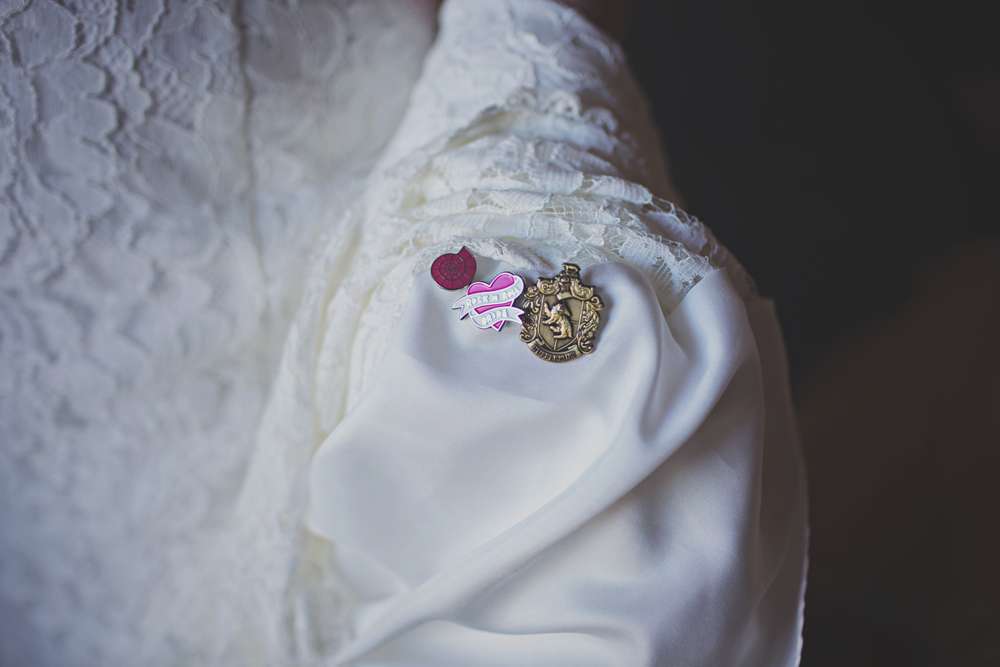 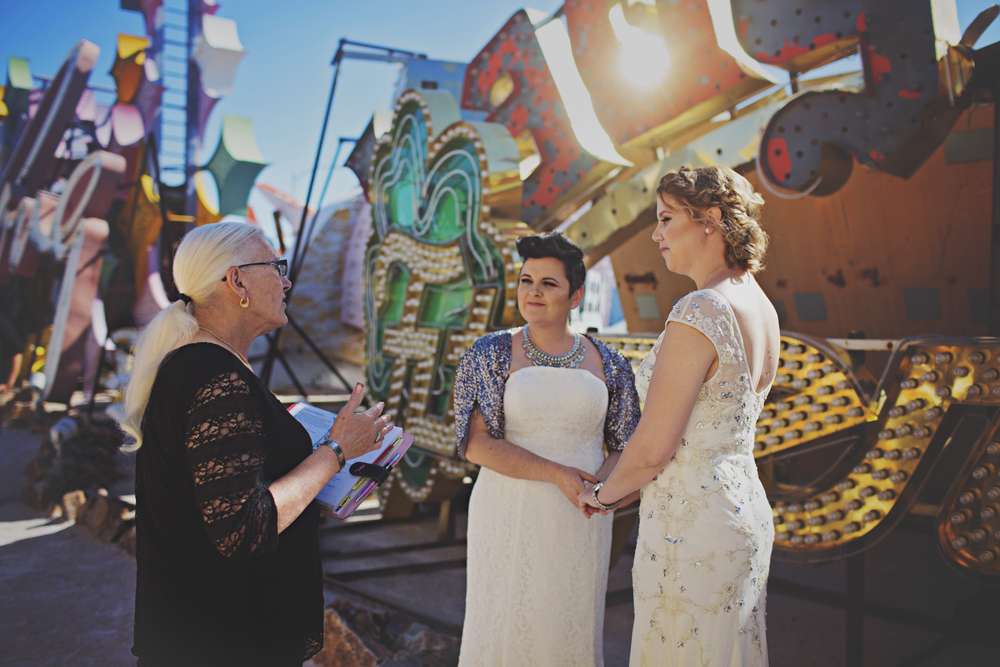 “It was just us, our lady officiant and our awesome photographer for the day”, they said. “We stayed off the strip and headed out into the desert for photos at Nelson’s Landing, Seven Magic Mountains and a dry lake bed. It was eight hours of dry, sandy hotness topped off with Mexicana grub at Nacho Daddy!” 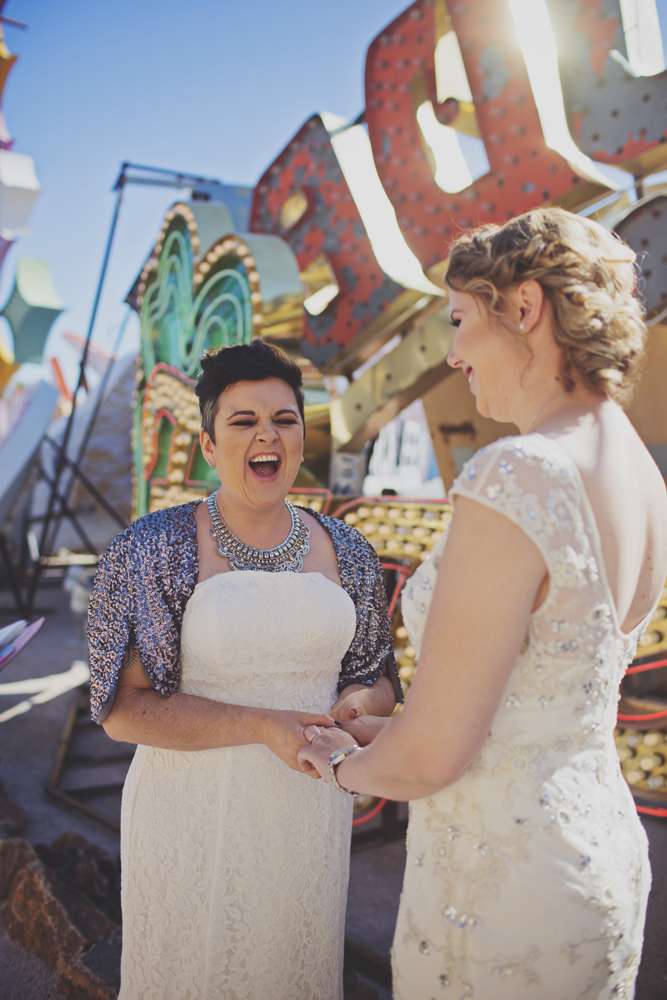 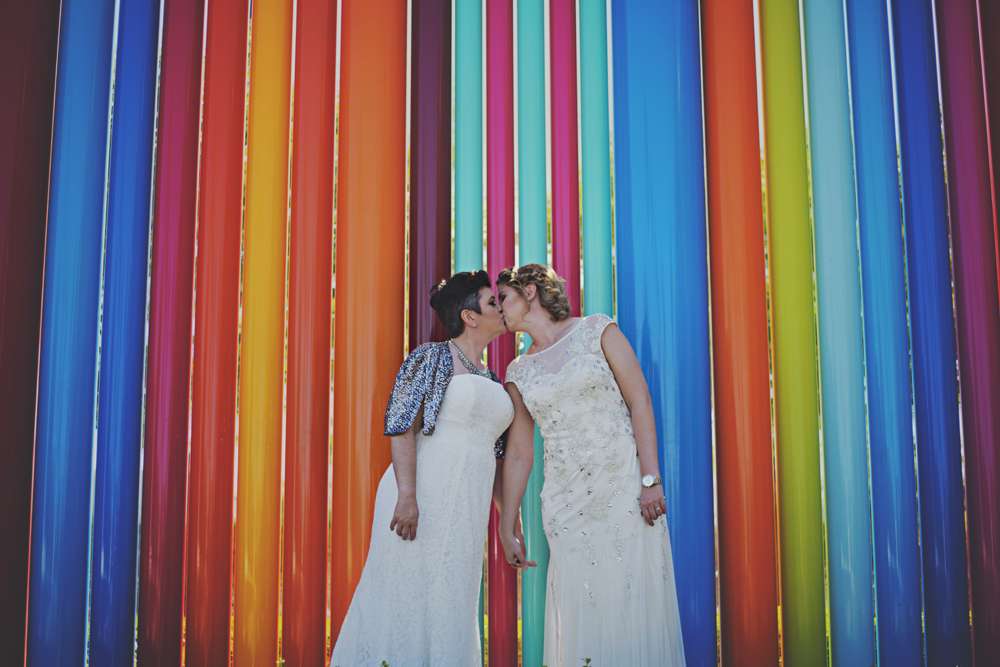 The ceremony wasn’t the most important part of the day for them really, they just wanted to get the legal stuff done so they could focus on celebrating! However they fell in love with the Neon Museum so decided to splash out on the iconic spot for their vows. “We just wanted to go on holiday and get married. We were going to get married in the local marriage office but then we decided that we wanted some kick-ass photos to remember the day… Obviously we wanted to look our best in said photos, so we then decided to get wedding dresses and our hair and make up done professionally, and then we thought bugger it, if we’re going to that expense we may as well get married in an amazing location too… and the Neon Museum idea was born!” 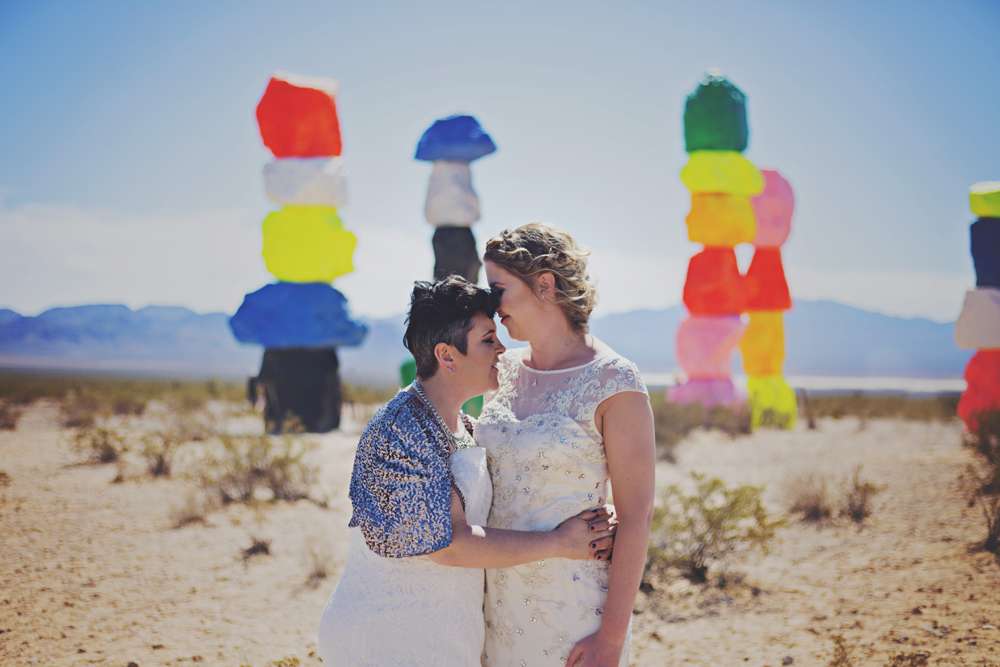 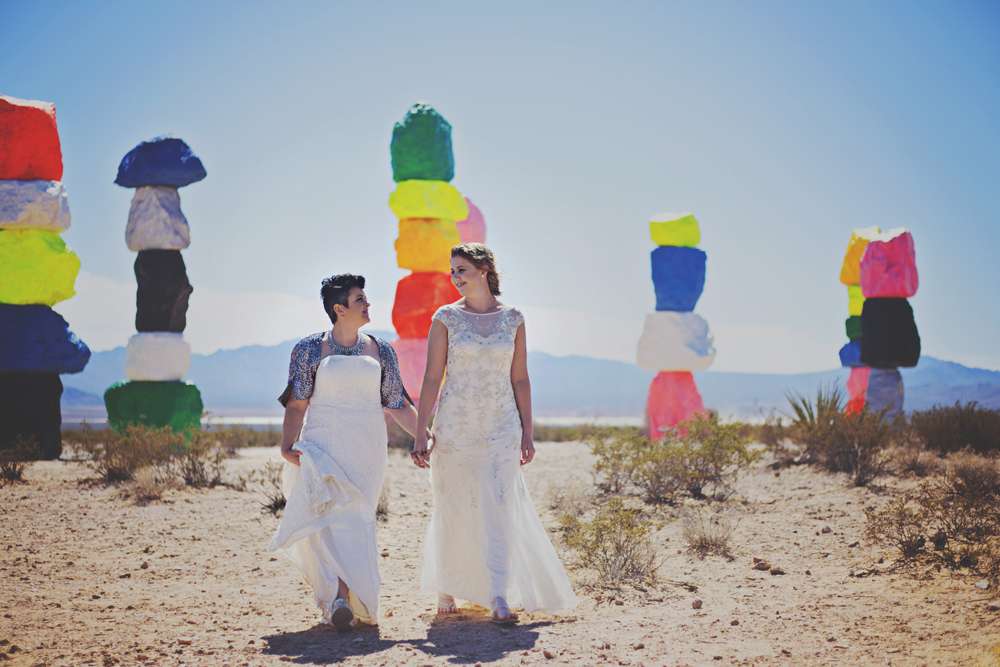 “We got married in front of the Lady Luck hotel and casino sign and wrote our own vows, which included a line from Green Day’s Time of our Lives. The officiant tried to say ‘I now pronounce you man and wife’ before realising that neither of us were men and stopped in her tracks…swiftly corrected to ‘you are now married!. We didn’t want a long drawn-out affair, we just wanted to get hitched and hotfoot it to our photo shoot, no messing around! The ceremony itself was only about 10 minutes so we had plenty of time for photos in the boneyard. Our trainers also went on as soon as we left the ceremony!” 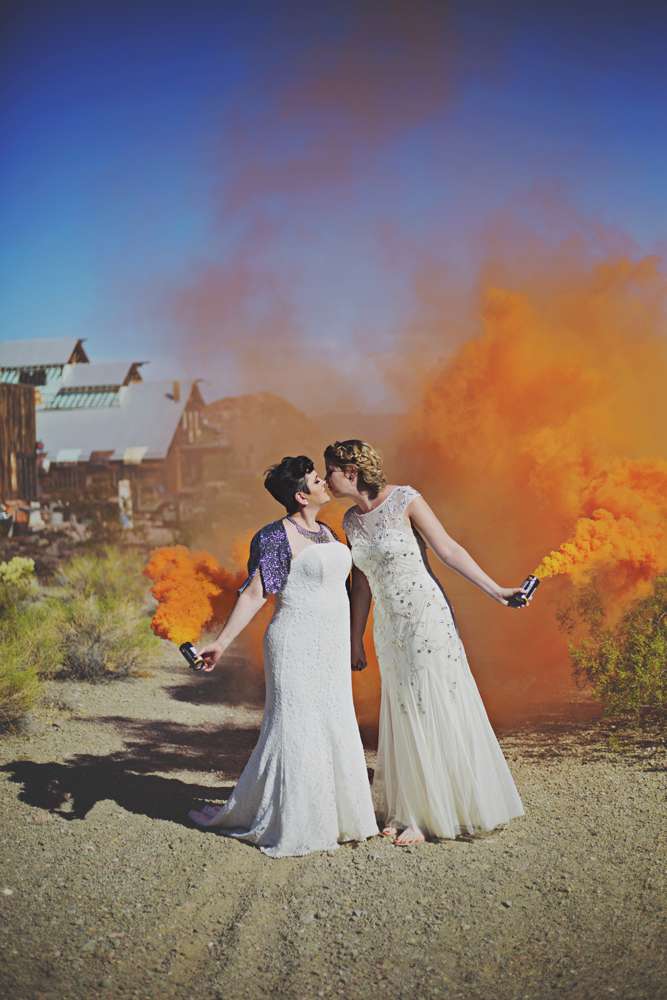 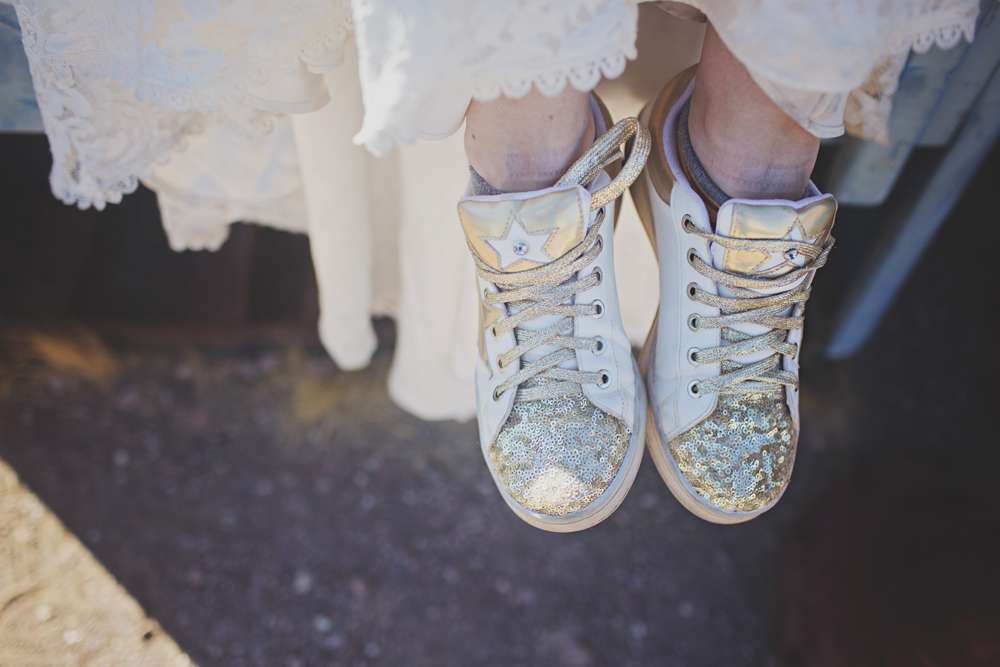 “Everything for the wedding was found via Rock n Roll Bride and Google!” they continued. “We searched for ‘Vegas elopement’ and found our photographer and basically our entire wedding day. The photos were the best part of our day and the fact that everyone was so lovely. We were a little worried that being a same-sex couple we would encounter some rejection, either from vendors or people on the street while we were having our photos taken. Luckily, we didn’t experience anything at all  we had so many lovely comments from well wishers, it was great! Also, as we were being photographed at Seven Magic Mountains, we were approached by a lady working on developing a same-sex dating app who asked us if we would be interested in being the face of the app! We politely declined but in hindsight, we wished we’d have said yes!” 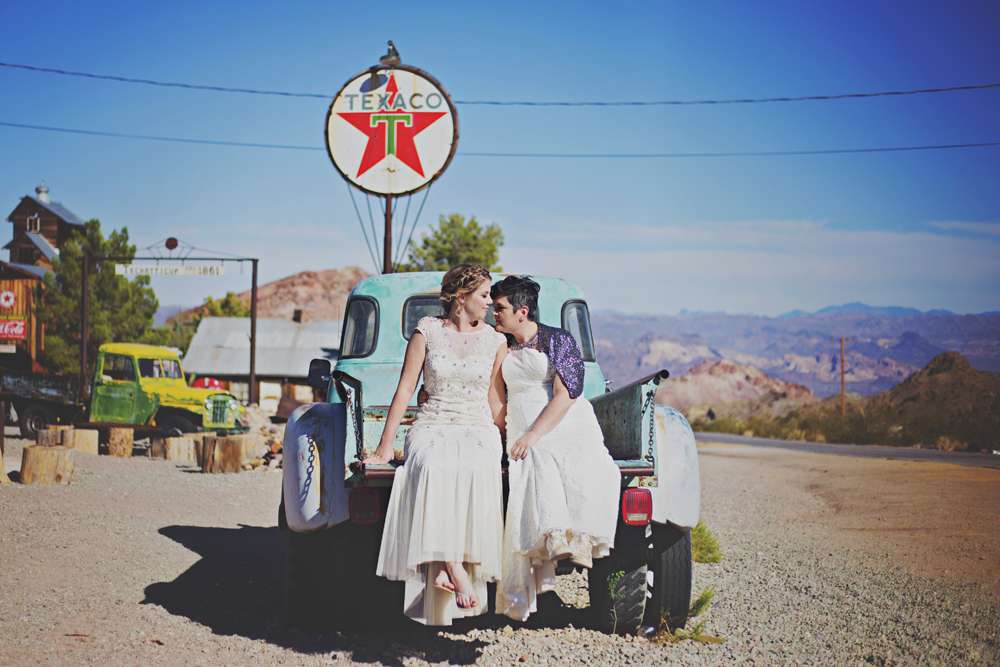 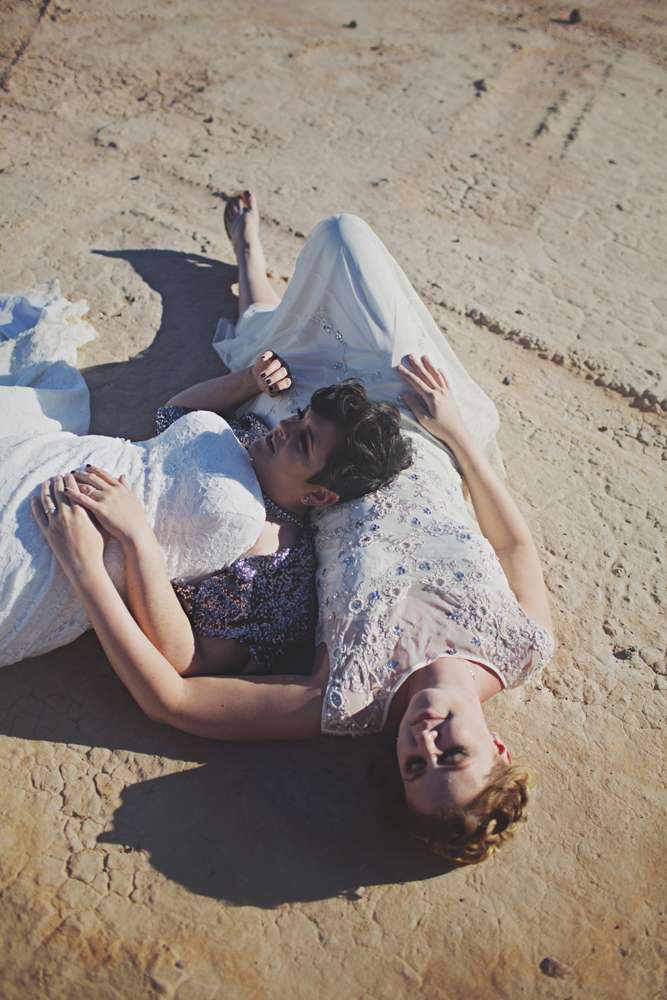 Although there were a few things they wish they’d done a little differently, in the end they loved that they did their wedding completely on their own terms. “We upgraded our room to a suite and we ended up with a massive room on the 52nd floor of The Cosmopolitan. The room had a balcony and view over the Bellagio fountains – it was epic and worth every penny! By not having guests we were able to splash out on a couple of things. We also had more money to spend on a  helicopter tour!” 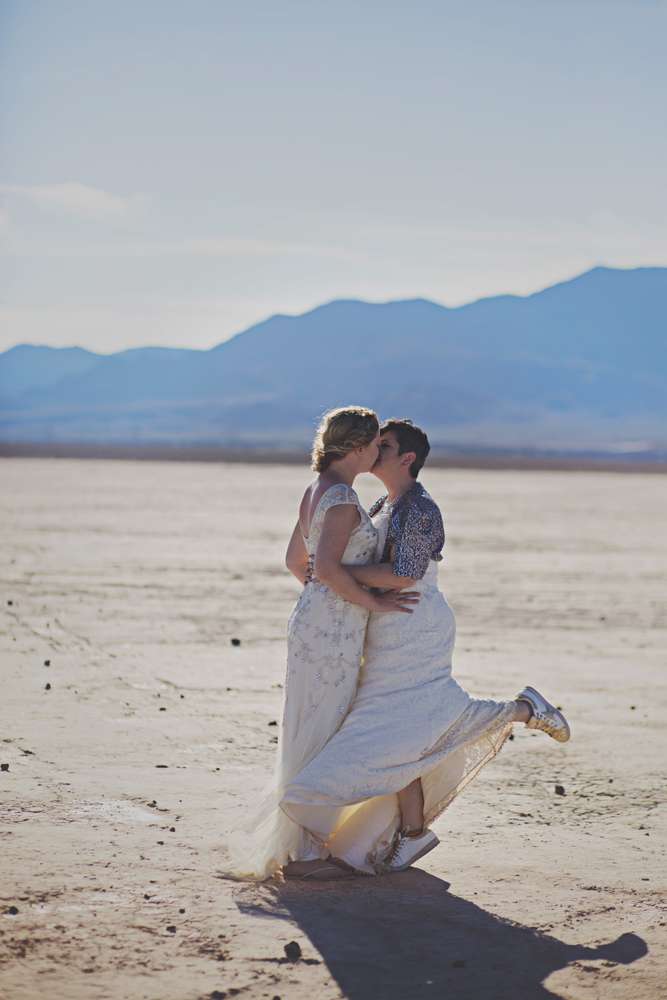 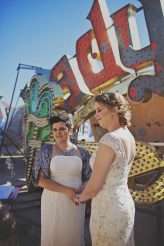 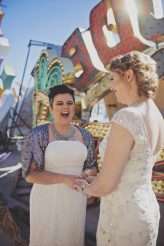 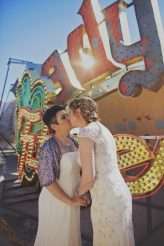 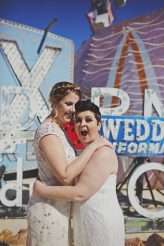 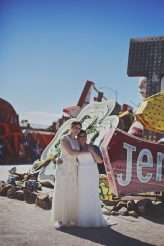 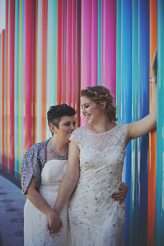 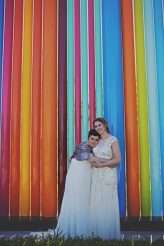 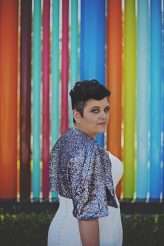 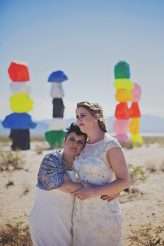 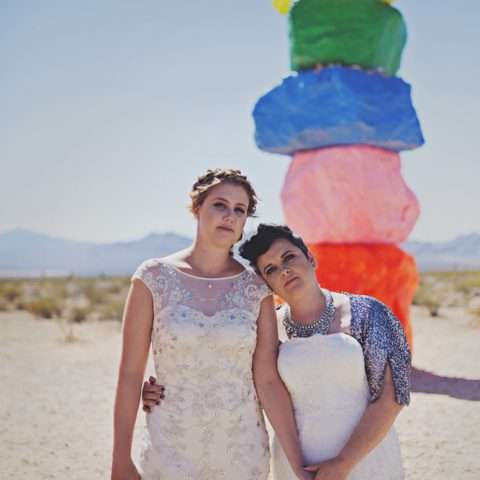 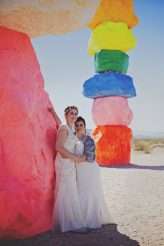 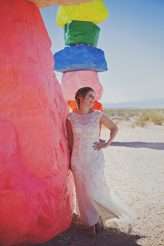 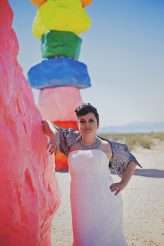 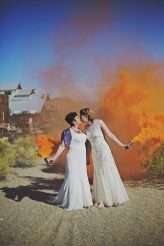 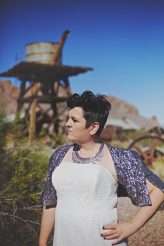 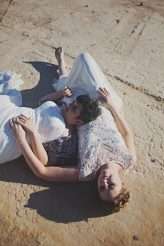 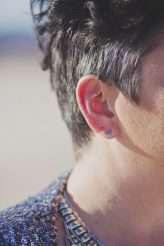 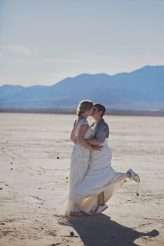