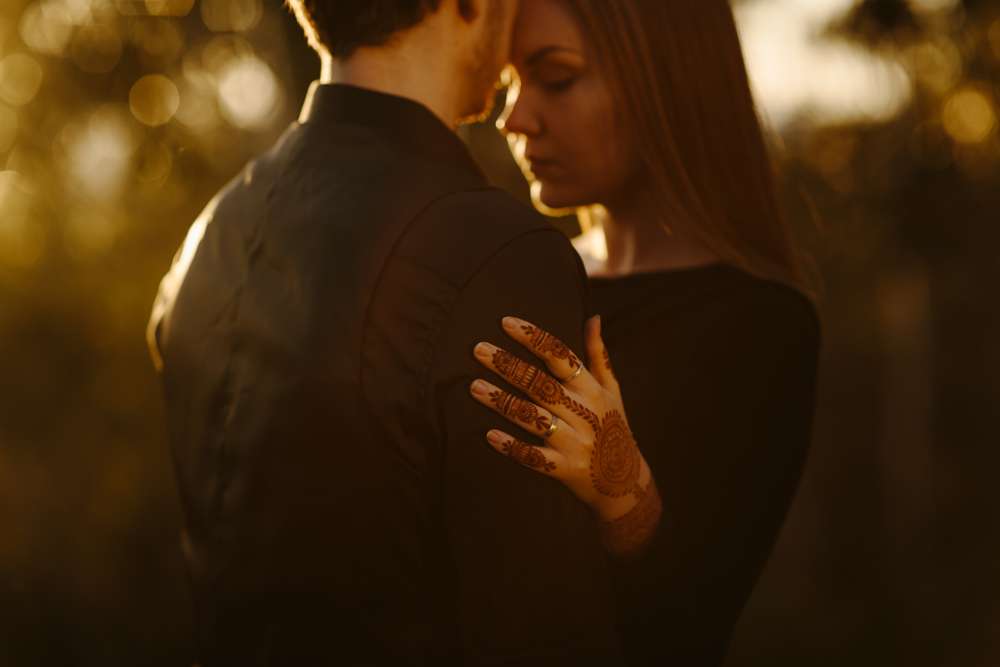 Sarah and Simon, both artists, wanted their wedding to be completely and utterly them. They chose to elope, with just three witnesses in attendance in a private cabin in the beautiful blue mountains outside Sydney. After the ceremony they made vegan lasagne for everyone. There were dried flowers, handmade map invitations and the bride wore a black (completely non-bridal) dress! 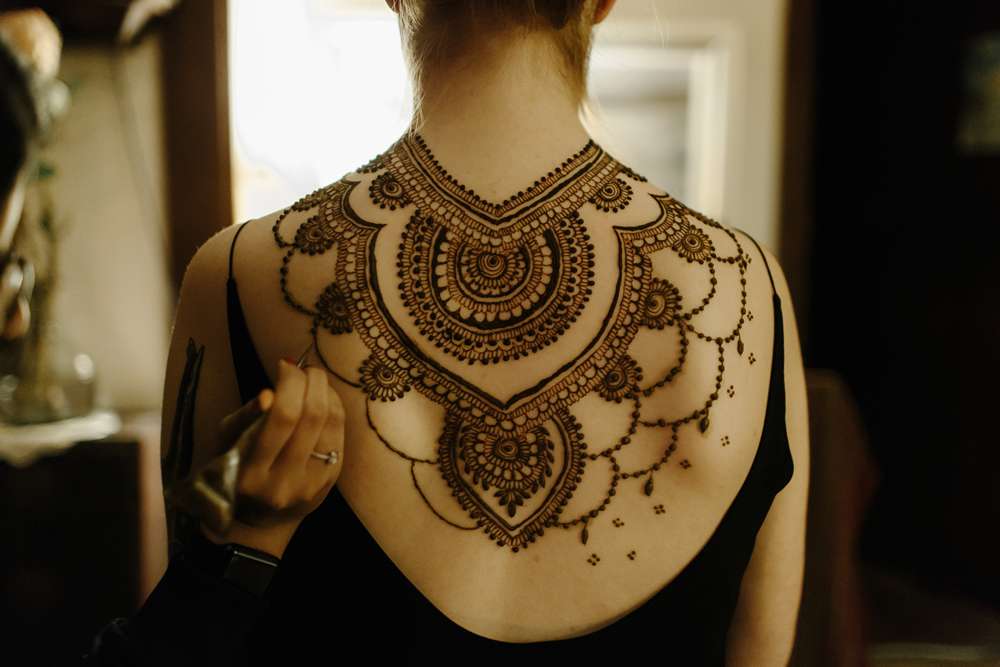 “We first met when Simon was travelling through Europe and spent some weeks in Berlin where I was living”, began Sarah. “We’re both artists and we met by chance at a life drawing evening run by some mutual friends.” 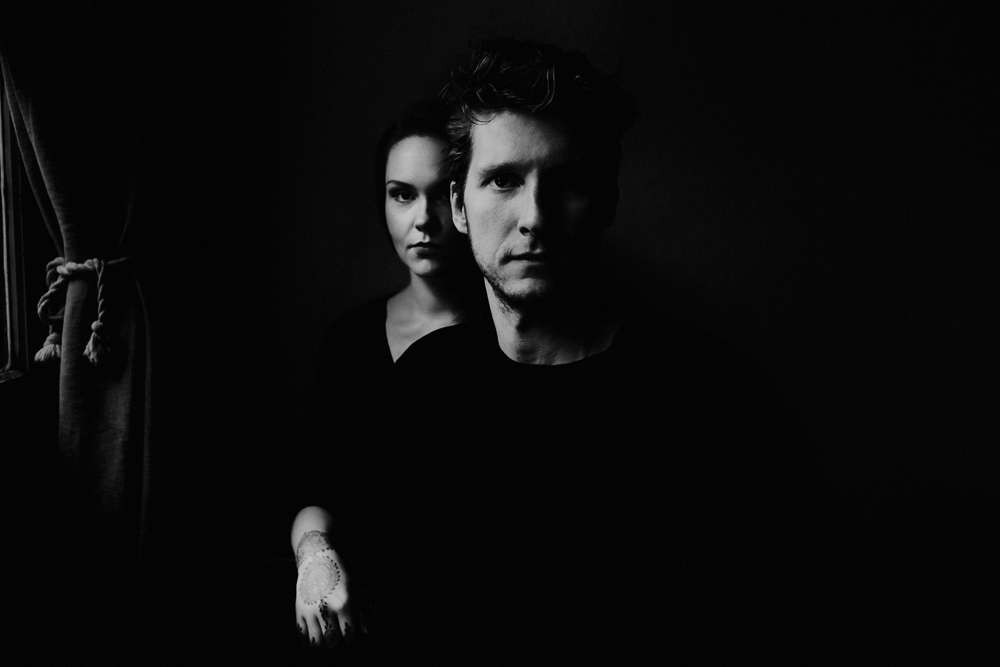 “There was no theme for our wedding really. We wanted to create a cosy and warm space. That meant a lot of wood, a lot of dried flowers (like Banksias), and candles of course. I also got a Magnolia branch which had opened one of it’s buds the day after. We wanted to keep it small and intimate, low key and cosy.” 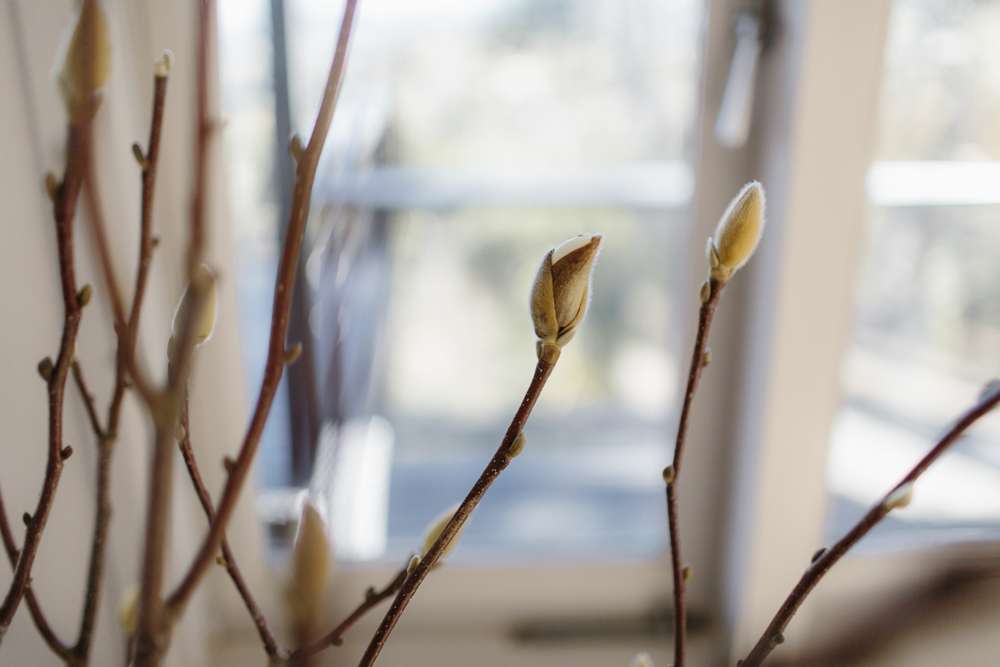 “The most unique thing about the wedding was that we didn’t have anyone there except three of our closest friends, our photographer Oli and our celebrant Amy“, she continued. “It was very intimate, we didn’t feel stressed at any point during the day, and it felt like it was a very special place for everyone. It had a lot of meaning.” 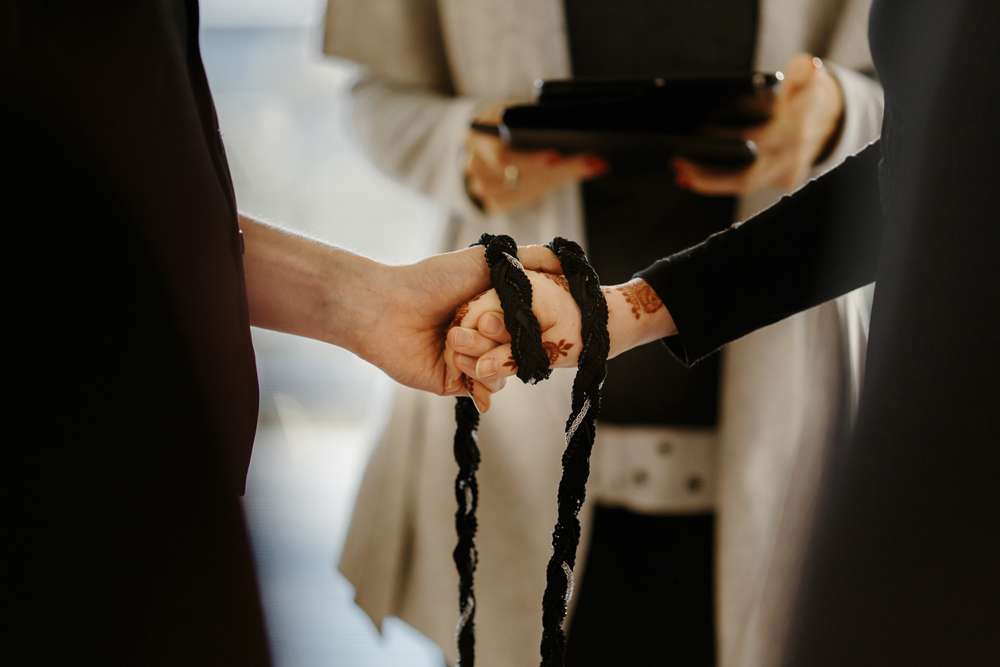 They had a short, simple ceremony which they wrote themselves. “Our ceremony was mostly written by myself and a close friend of mine which made it special, while some parts were written by our celebrant Amy. We also included a handfasting in the ceremony as we really liked it’s symbolism and history.” 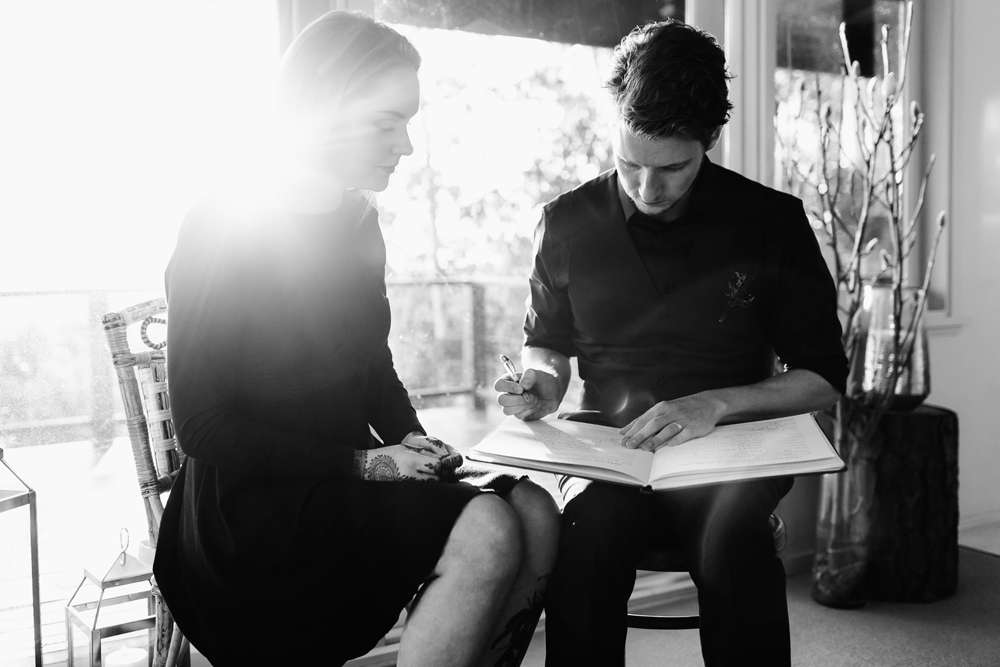 As their wedding was so small, the best thing about it for them both was just spending time together with their friends. “Our favourite part was probably hanging out with our closest friends in front of the fireplace, telling each other stories and listening to music. Oh, and we couldn’t marry on the deck because of it – but the storm was somehow really beautiful, with us being surrounded by trees and forest, but snuggling up inside the cosy house.” 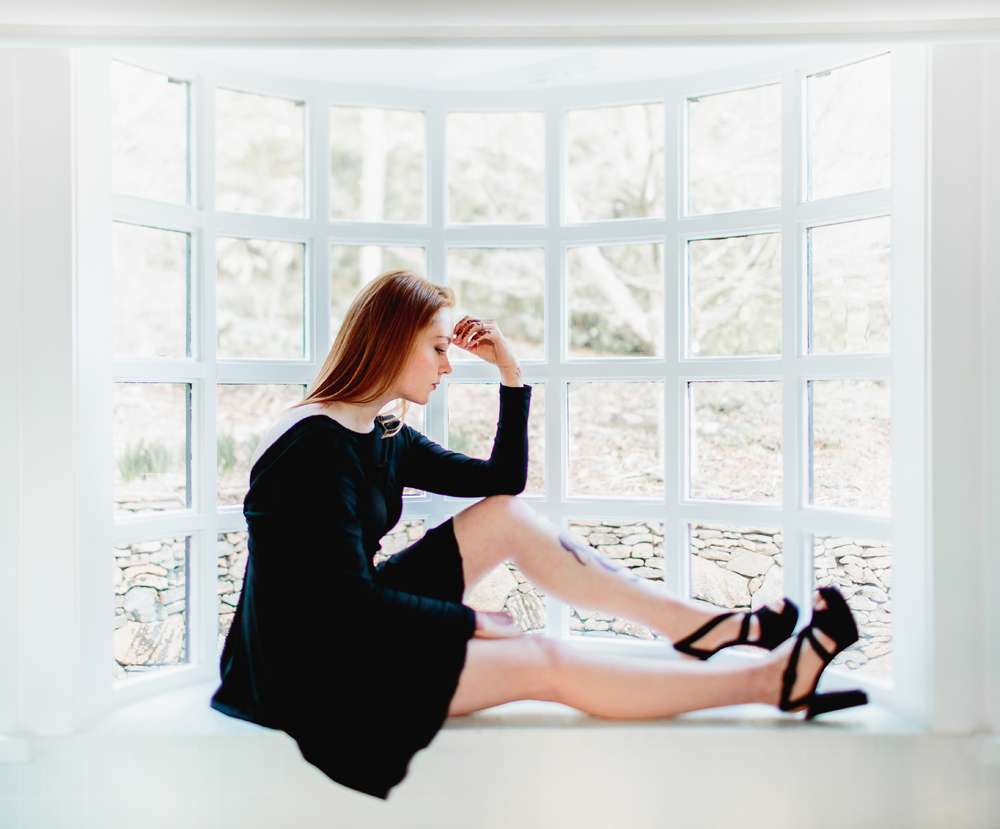 “Our only big expense was our photographer”, she concluded. “We didn’t want to save money on that part, especially since we wanted to be able to share what happened on that day with our families afterwards. I have seen his work before and Oli was the perfect match for us: He is an artist too, and his photography has such a strong and special vibe to it. I love it.” 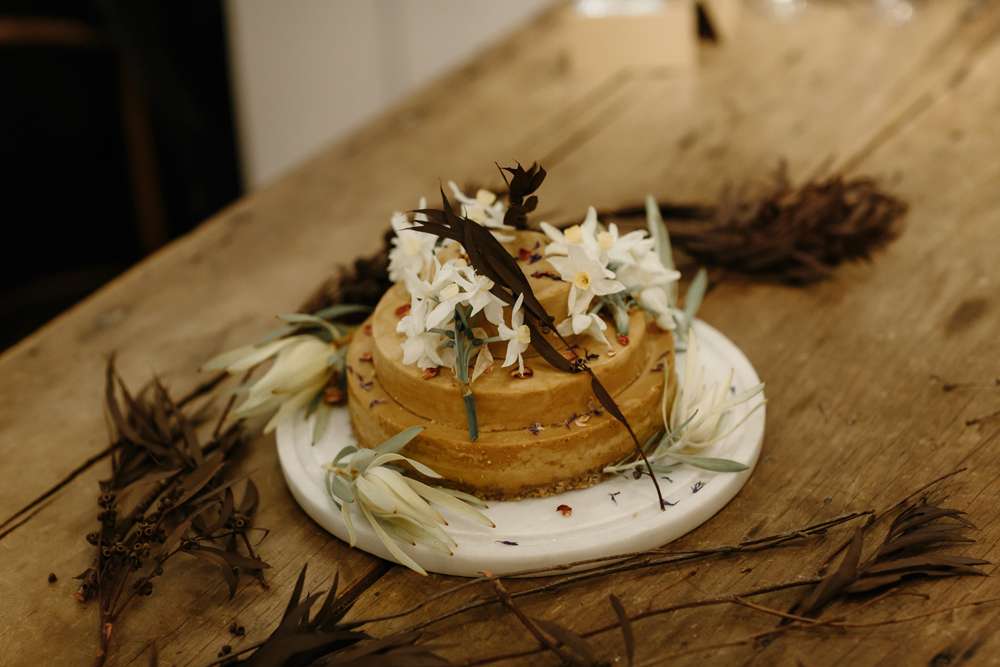 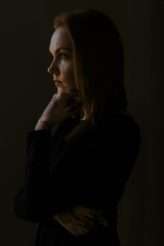 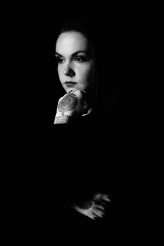 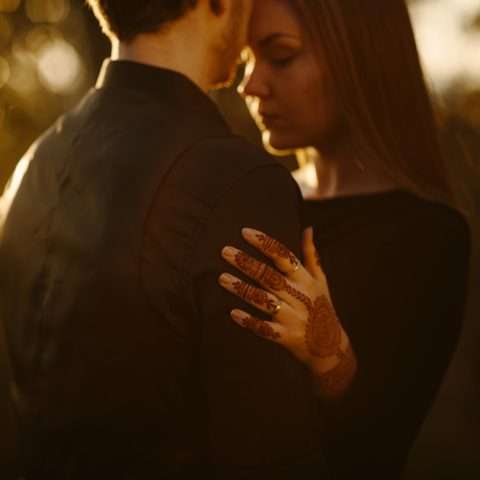 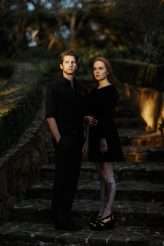 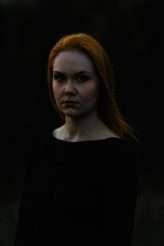 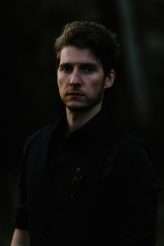 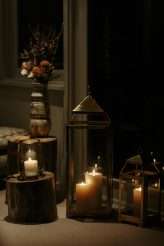 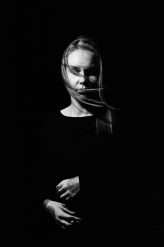 Natalie and Aaron wanted a small wedding, that was just for them. They were married at Fitzroy Gardens in Melbourne with just nine guests. "The inspiration for our wedding was to have a low key, romantic elopement with beautiful spring flowers all around us", the bride said. "We had originally planned a wedding for around 80 guests which was meant to happen next July, but after I became very anxious and stressed we decided to drop that in favour of our little ceremony. By doing a small ceremony we saved thousands of dollars too."

Moa and Ludvig always knew they wanted to elope, they also wanted the day to feel casual. The groom was originally going to just wear jeans (but decided at the last minute to dress up just a little bit!) and the bride bought her black dress from My Malina but accessorised it with shoes and jewellery she already owned.

Sarah and Andrew knew right from the off that they didn’t want to spend a ton of money on their wedding day - as they had both been married previously, they already knew that the most important thing at the end of the day, was just themselves. Armed with a $3000 budget they set about picking their destination, and their outfits - and the rest they let happen naturally!

closer to home in Western Australia, Sofie and Alex chose Rebel Rebel Wedding Chapel in Perth for their June wedding. The chapel was already decorated in a modern, colourful style they loved, and fits under 30 guests, so it was the perfect choice for them.