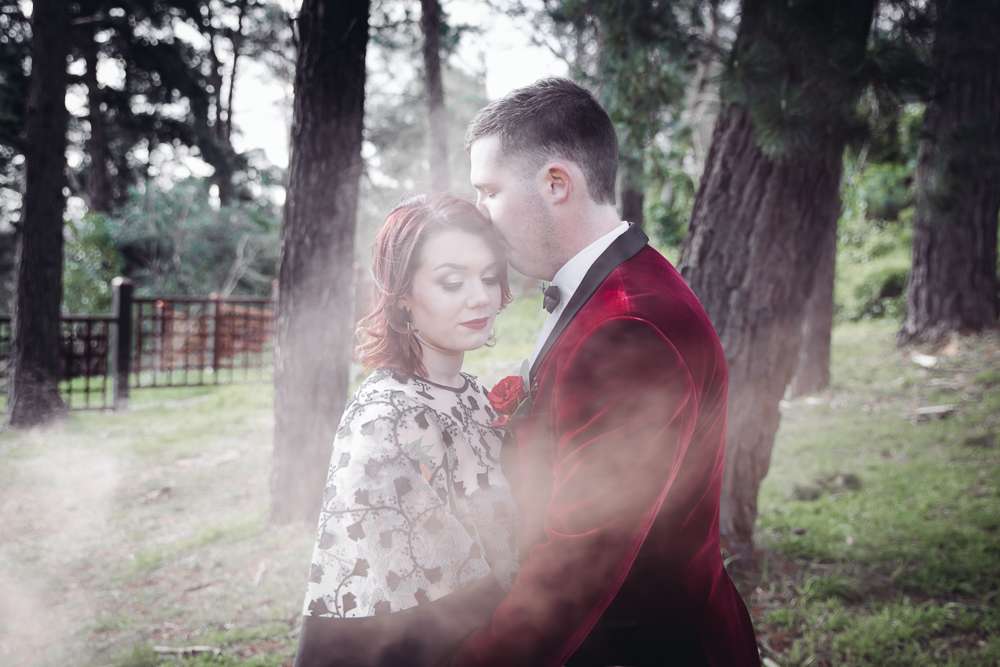 Mitch and Tash decided to elope and wanted their wedding to feel moody and a bit dark. So the bride wore black and they had their ceremony in a venue that looked like a gothic mansion!

“I always knew that if I was to get married I would be wearing black and it would be a little different to the norm”, said Tash. “We were inspired by bits and pieces of our lives that stood out. We love to check out Montsalvat every now and then. Its a European style artist’s colony established in the 1940s in Victoria, Australia. It is a very cool place, almost a little medieval and mysterious. We had originally planned to have the ceremony in a state forest but we were a little worried about the weather so it was really lucky that we were able to book the bluestone chapel at Montsalvat.” 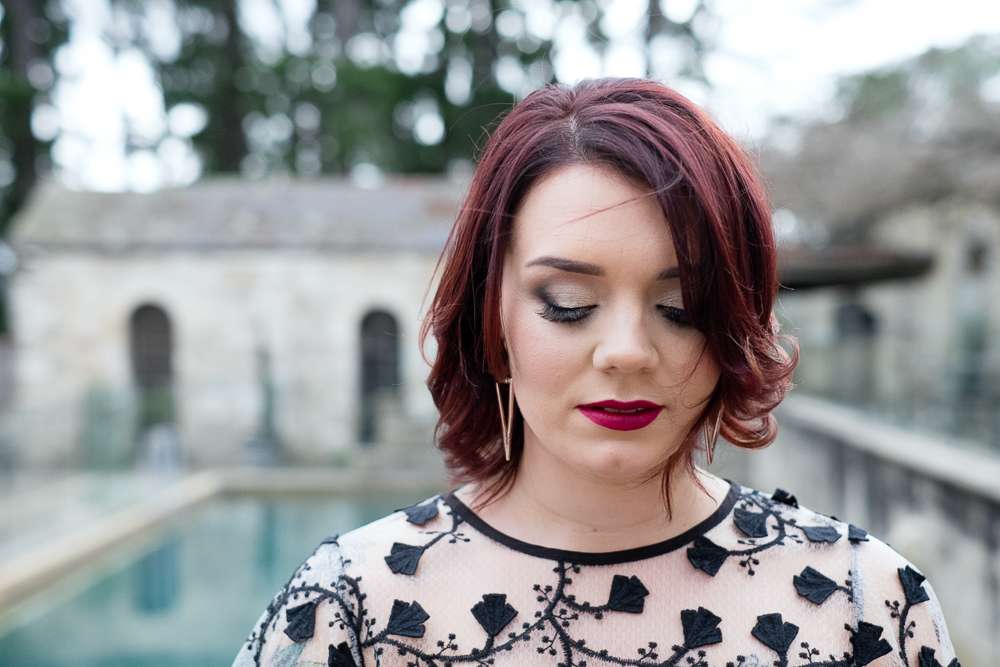 This Australian couple eloped with just their parent’s there as they wanted to keep things small and intimate. “The ceremony was short and sweet. Mitch made our copper ceremony arch which was really cool. I walked down the aisle to Lovecats by The Cure. Eloping locally with just our immediate families there is not something that everyone does, although we have since had some of our friends tell us what a great idea it was and that they would love to do something along the same lines!” 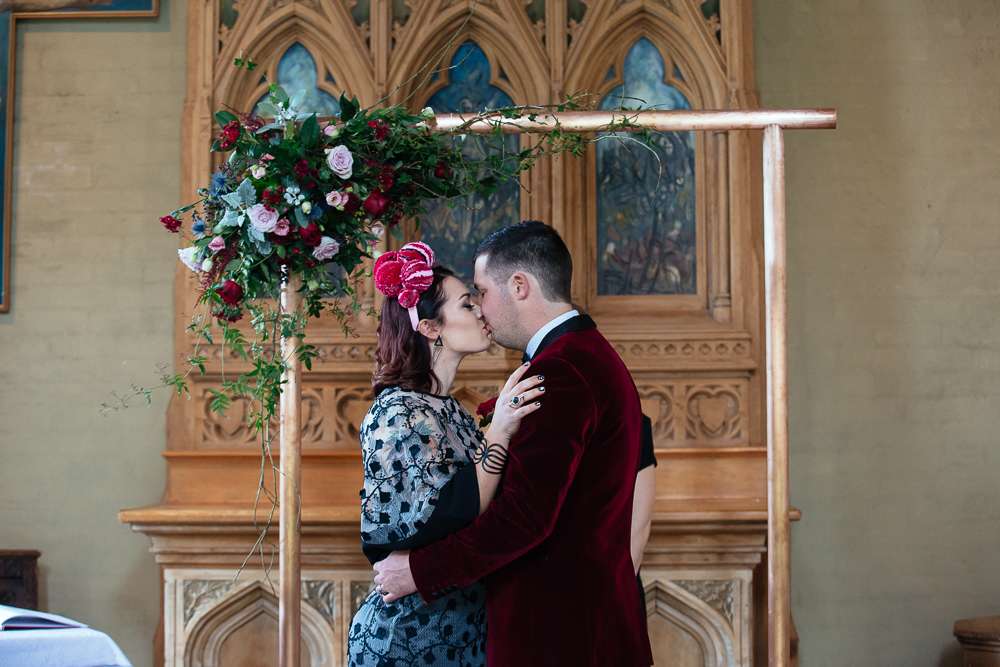 “I honestly have no complaints about planning the wedding experience. By not going the traditional route we didn’t have a whole lot to organise. My first step was finding my photographer, one of the first emails I sent out, I got a great vibe back from Sarah and locked her in. From there, Sarah put me in contact with our celebrant Katharine and it all fell in to place – although there was still a ton of late night Googling and Pinteresting for ideas!” 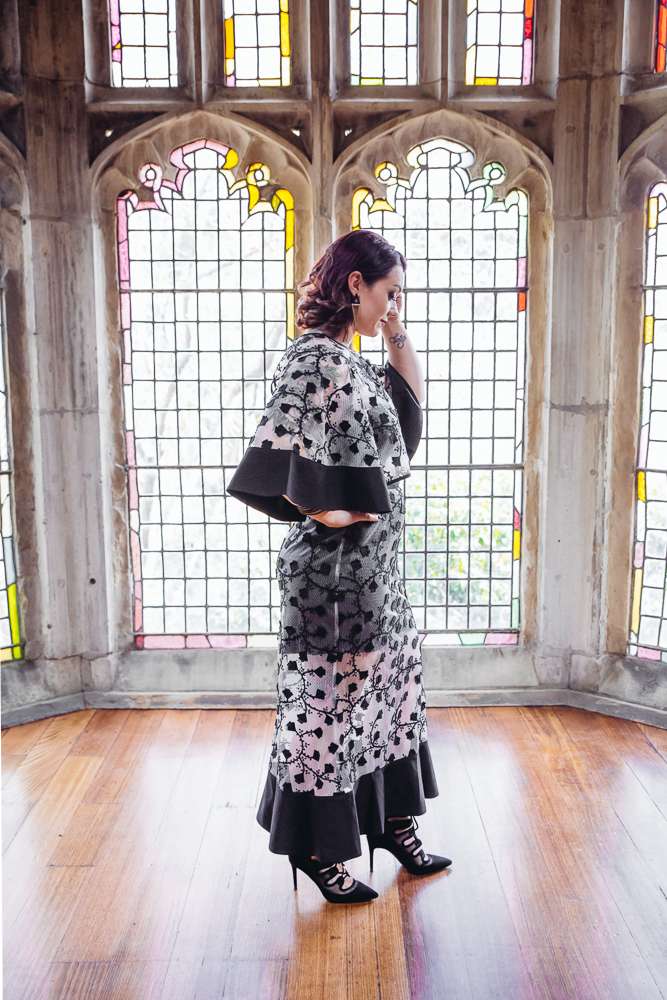 “Our biggest expense was the photography. Sarah is amazing. Her wonderful photos will be what we look back on for the rest of our lives, plus we have made a great friendship out of it too! Worth every cent and more. Most other aspects of the wedding saved money from our outfits to our venue. Eliminating a proper reception took out most of the cost as well.” 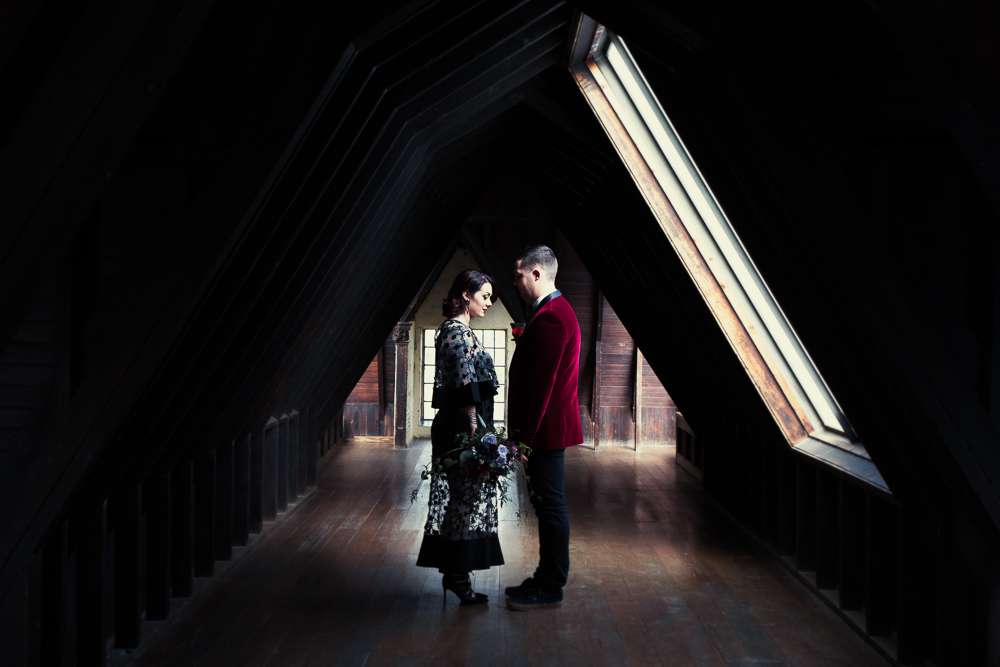 “We wouldn’t do a thing differently, we had a the absolute best day”, she concluded. “I am so proud of us and how far we have come to be able to ‘stick to our guns’ so to speak and go through with it. There were times throughout the months leading up to it, and just after where I would question if we had gone about this the right way, of course not wanting to offend anybody or hurt anyone’s feelings, but in the end it was about us and we wouldn’t change a single thing.” 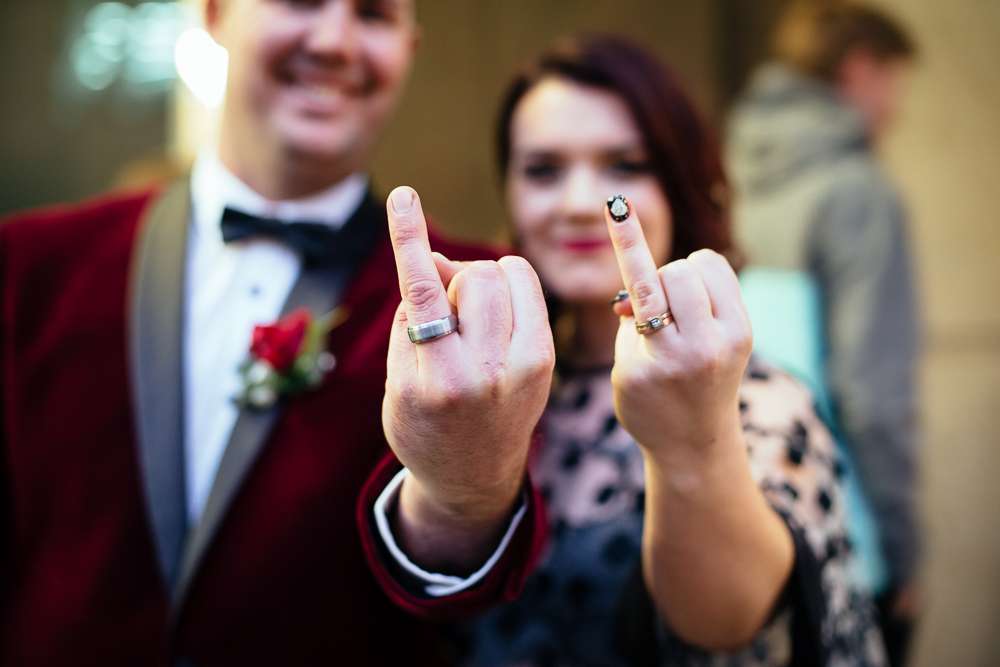 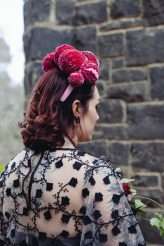 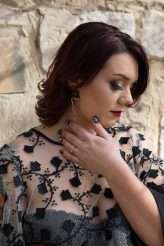 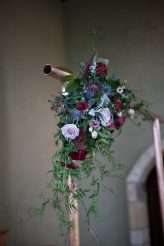 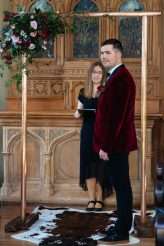 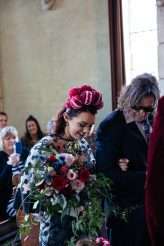 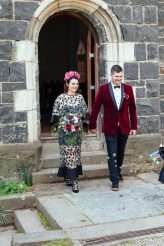 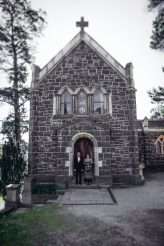 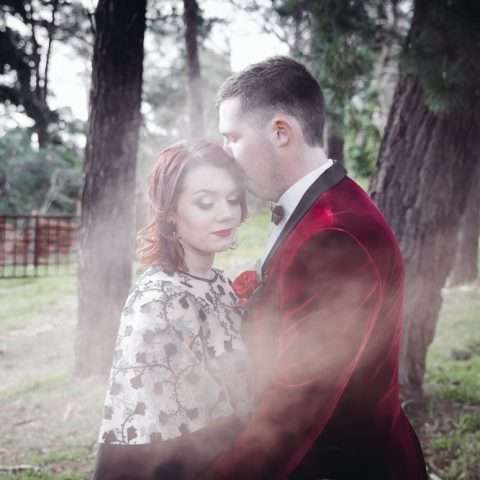 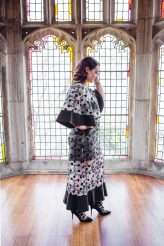 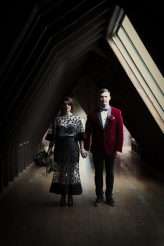 Kate and Jordon were married in an intimate ceremony at Mt Thompson Crematorium, where the bride works, in Holland Park, Brisbane. They wanted the wedding to reflect their lives and everything they've built together. They included nods to the bride's Scottish heritage such as the tartan sash attached to her Sherri Hill dress and by having a handfasting and whiskey ceremony. The wedding cake was made with Belgian chocolate as a nod to Jordon being born in Belgium.

Tara and Matthew moved away from tradition for their October wedding, instead embracing their own style to help craft the wedding day of their dreams. They weren’t interested in having a big wedding, so decided to elope (with a couple of carefully chosen close family members) opting for an all-in-one package from Goosewing Cottage in the Hunter Valley, and making it their own with special details.

Lex had studied Victorian literature for many years and therefore, has dreamed of having a gothic inspired wedding day for almost as long. When her and partner Marc booked a holiday to Ireland, they decided it would be the perfect time to get married, and so planned the whole thing in just three months! Joined by some of their closest friends with their families Skyping in for the ceremony, they planned a simple day that was relaxing and fun.

A Forest Witch Elopement with a Black Wedding Dress

Originally budgeting $5,000 for their June wedding, as they had to change their plans due to the pandemic, Sayer and Philip actually only ended up spending $2,000! They were inspired by nature and the most important part for them was the ceremony. It was held at Big Bear National Forest in California and they hired their friend of seven years, Priestess Shannon Farley-Schonland, to officiate.

Diana and Jason had already booked a month long holiday to Europe together, when a friend suggested the idea of eloping. Straight away they knew it was perfect for them! Neither of them wanted a huge middle-eastern wedding (which is the tradition in Diana's family) so their month long holiday turned into a pre and post wedding honeymoon!