Daisy and Graeme wanted a wedding with wanted no rules and no traditions, just a great big celebration with their friends and family. Their relaxed London wedding took place in East London.

“It sounds a bit cheesy, but our inspiration was each other” began the bride. “We were very stubborn about having things our own way, loads of our friends have had beautiful and amazing weddings, but we were adamant we wanted to have something that was completely inspired by us and not at all traditional.” 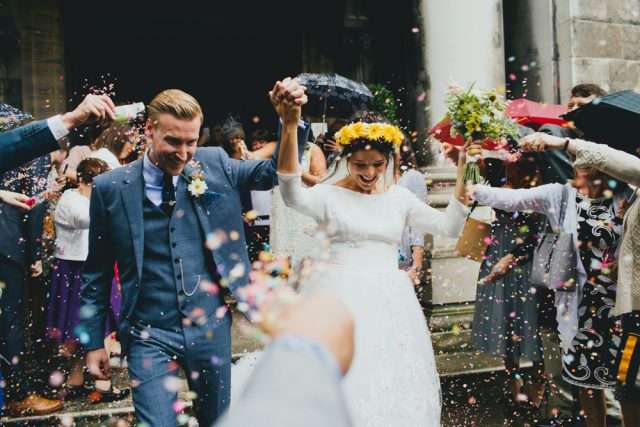 They were married at Stoke Newington Town Hall with their reception at The Roost in Dalston, which is already decked out in vintage props. This mean they didn’t need to do much else to the space. “Some of our favourite aspects were our open mic session, the full on pie and mash for the catering and our wedding place names.” 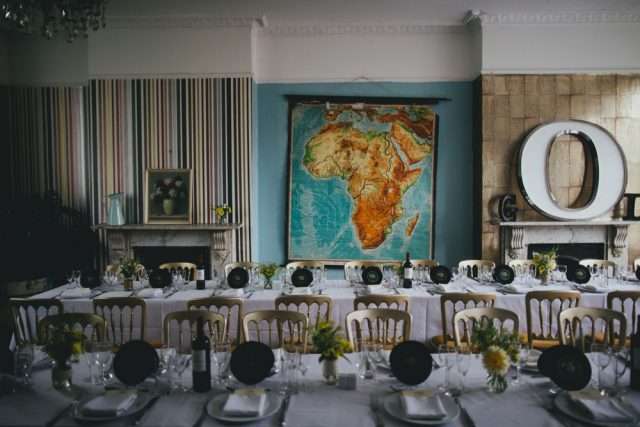 “We made them ourselves and they ended up being a nice little keepsake for each guest and also a cool place setting. We also made some colourful bunting and got some fairy lights for outside – and that was all we needed to do to the venue, which was huge bonus!” 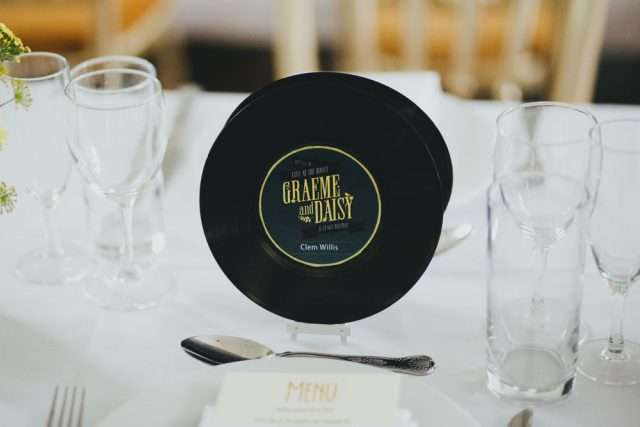 “For flowers we kept it simple, I told our florist it would be rude to not have daisies given it’s my name, and said I like the colour yellow. That was pretty much it! My friend lent me loads of jam jars, we wrapped some lace and string around them and that was that.” 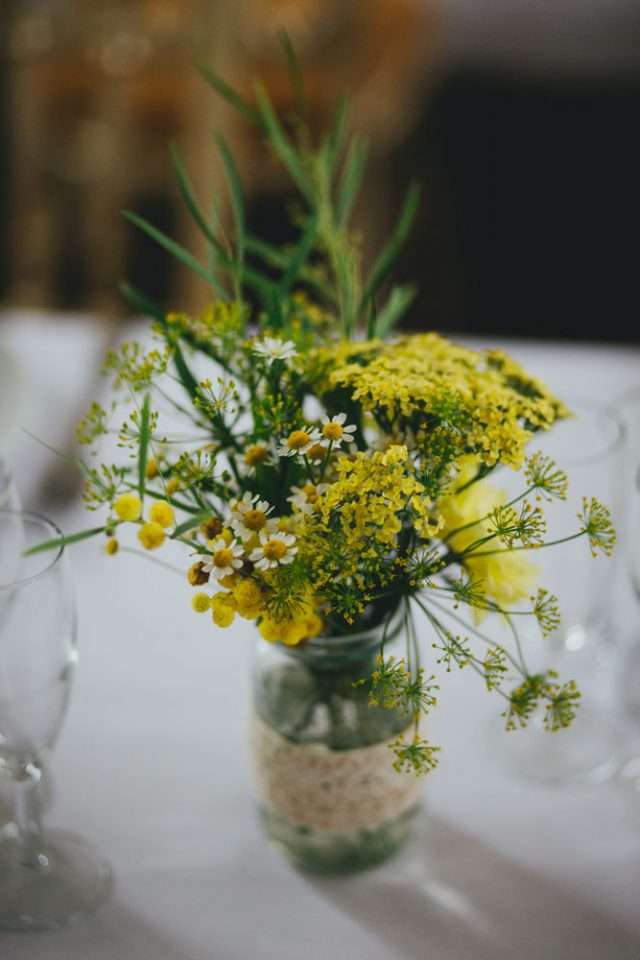 The bride wore a dress she’d fallen in love with online. She took the risk and ordered it from BHLDN who are based in the US. “When I was initially looking for a wedding dress, I was thinking something very simple – straight, bit floaty and plain” she explained. “Well, I definitely didn’t go down that route on the day!  I’d fallen in love with a dress from New York which was inspired by Olivia Palermo’s wedding skirt and top combo. It had a plain long sleeve top with a low back, and a big tulle skirt with embroidery going up the middle in a point. I’d found it on Pinterest, pinned it, and couldn’t stop going back to look at it.” 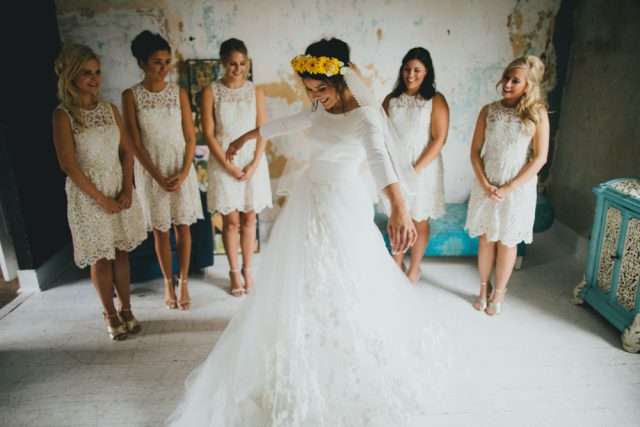 “Wedding dress shopping was a bit of a disaster for me, by the second shop my mum and sister had cracked what I was trying to do; recreate the dress I’d saw on Pinterest. We’d got to the last shop, where I was being pinned into a slinky number, when all it took was one look at my mum, who knew that I’d fallen so hard for the New York dress that I was never going to find ‘the one’ in London. Taking a risk, we spoke to BNLDN in America and made the decision to order it in to the UK. I sent my measurements across on an email, some dodgy pictures of me in my underwear, and they helped create the best size for me. After a few alterations back at home in Kettering, the dress was ready to go and looked amazing!” 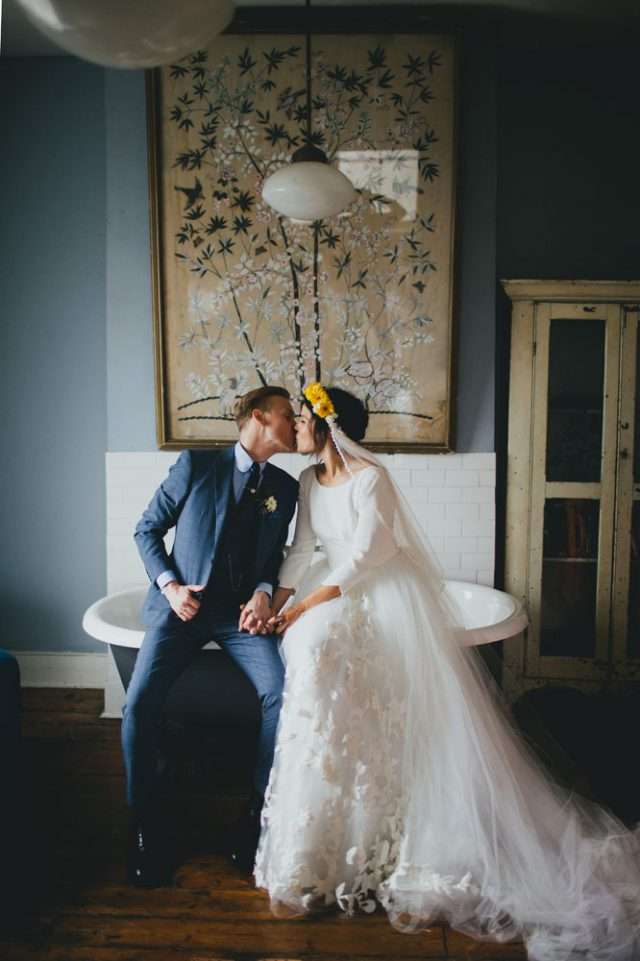 The highlight of the day for them both was their first dance to David Bowie. “The thought of slow dancing to a song and having everyone watch, made us cringe a little” she said. We just knew we were never going to have that, but we also knew we wanted a moment to be like ‘we’ve done it!’ We couldn’t possibly have the wedding without including our hero, David Bowie. My parents are massive Bowie fans (my older sister is called Bowie!) and we felt that having a song by him at our wedding the year he sadly passed away, was a tribute to him. The song we chose was Moonage Daydream, not the most typical first dance! The Ziggy era was our favourite, and it’s hard to get a Bowie song from that time which was soft or slow. When it kicks in straight away I get butterflies, it’s an amazing song; sang and danced for a bit, and then dragged our parents in, which soon turned into all the guests crowding round us – it was such a beautiful moment!” 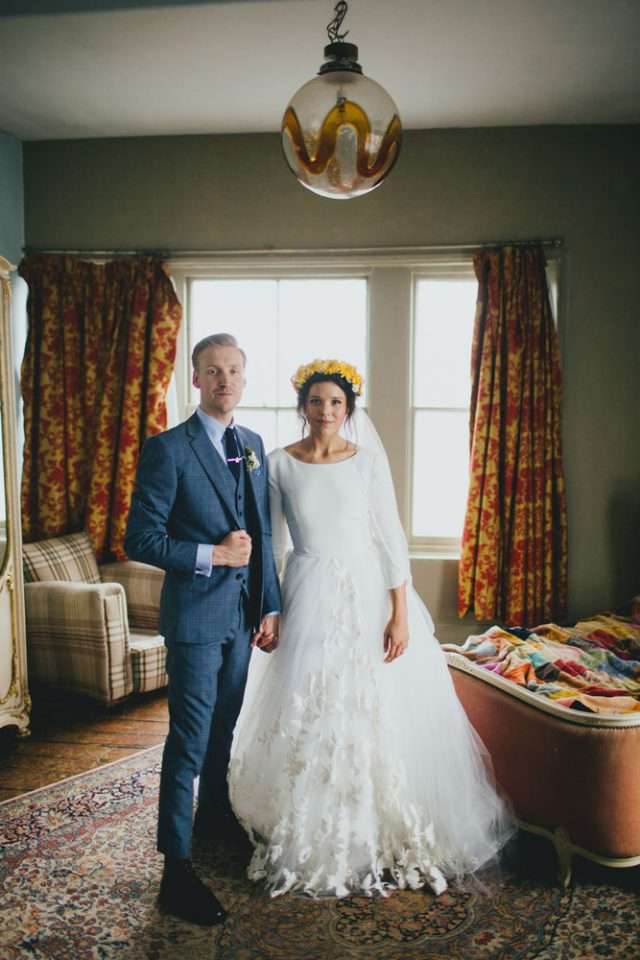 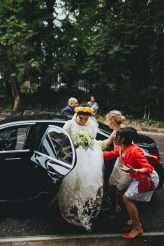 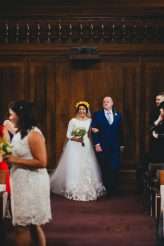 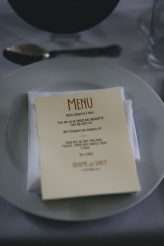 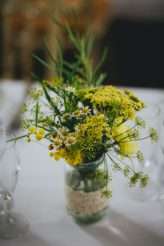 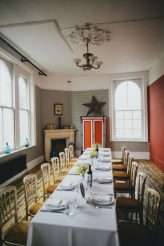 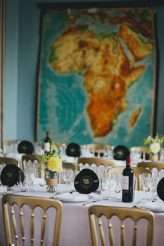 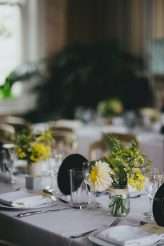 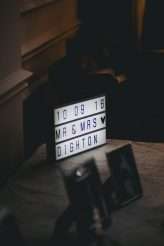 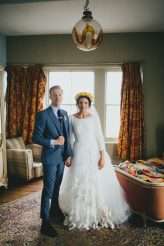 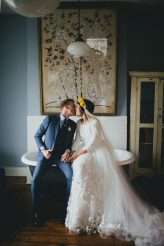 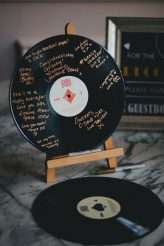 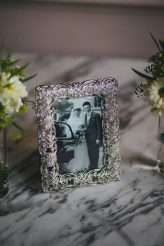 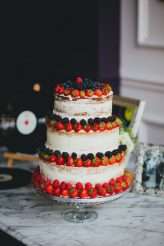