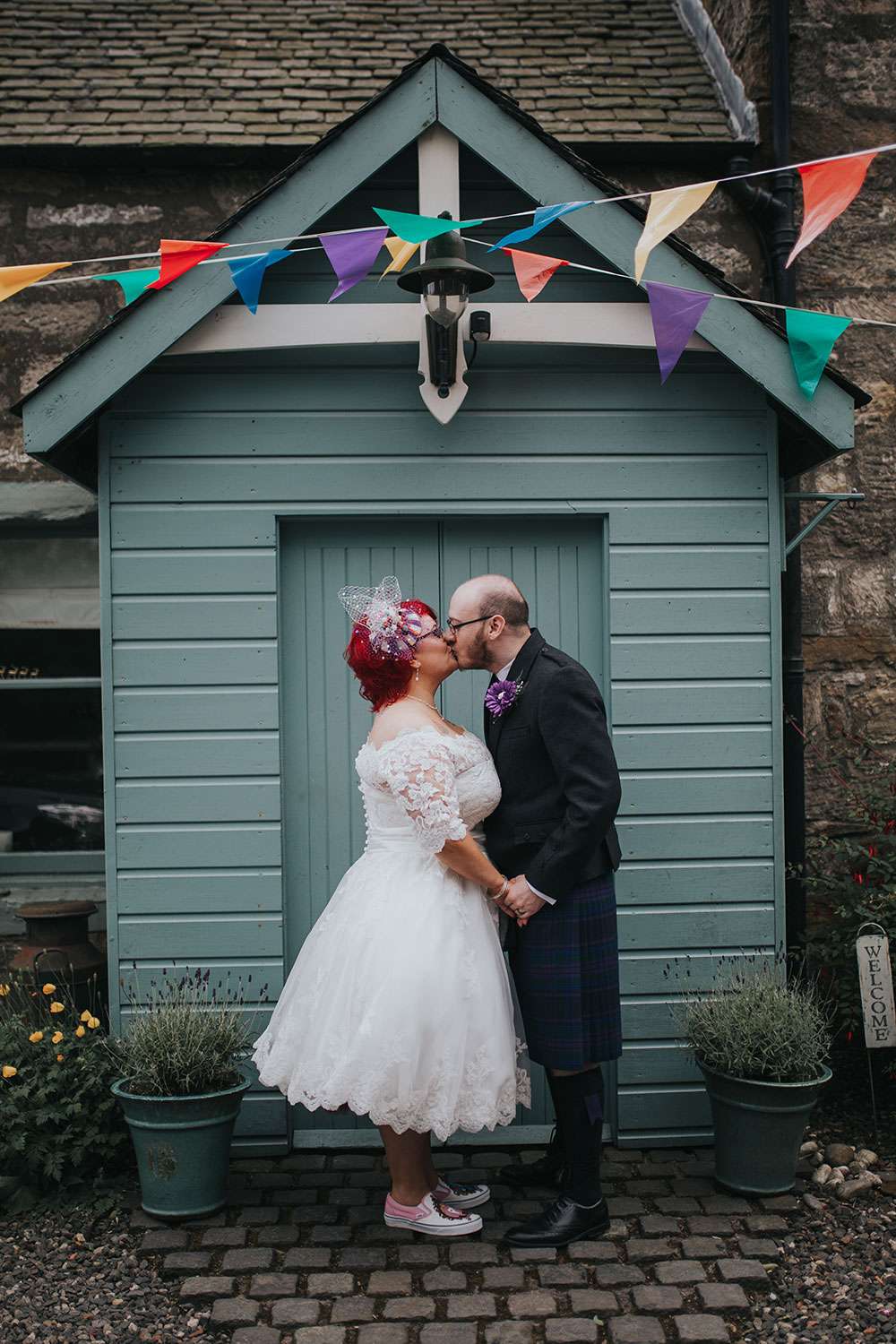 Oh boy, have I got a wedding you’re going to love today. Themed around adventure, specifically Adventure Time and Up, Gavin and Shelley were married at a friend’s house and had so many cute details. 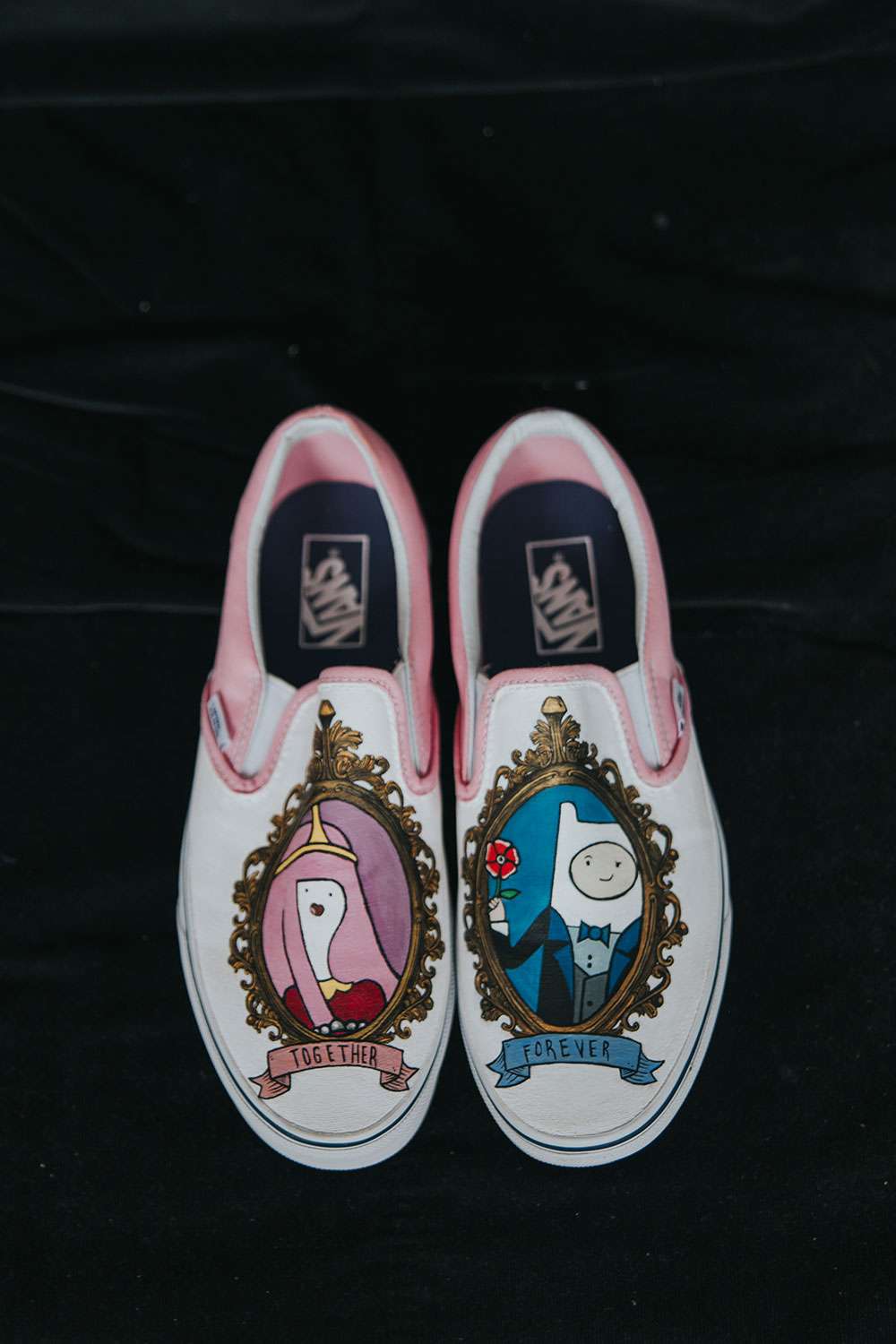 “Apart from Adventure Time the inspiration for our wedding was our venue which was a friend’s home”, said Shelley. “We got married in their garden which gave the laid back atmosphere we really wanted. We took the idea of an outdoor style wedding and put our stamp on it with our love of cartoons.” 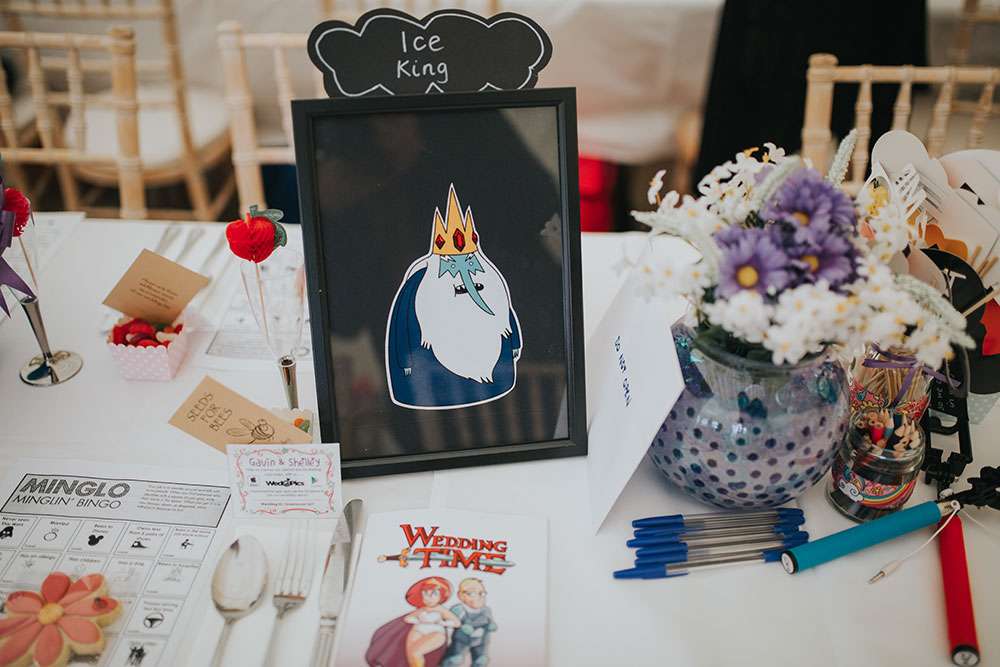 “The best thing about wedding planning was deciding on all the little different things that we would bring into it. We were both very excited to plan this awesome big party! We also asked the people doing readings during our ceremony to choose their own readings and poems that they felt fitted our day. We absolutely loved what they picked and it was nice to have a surprise. I think they did better than if we’d chosen them ourselves!” 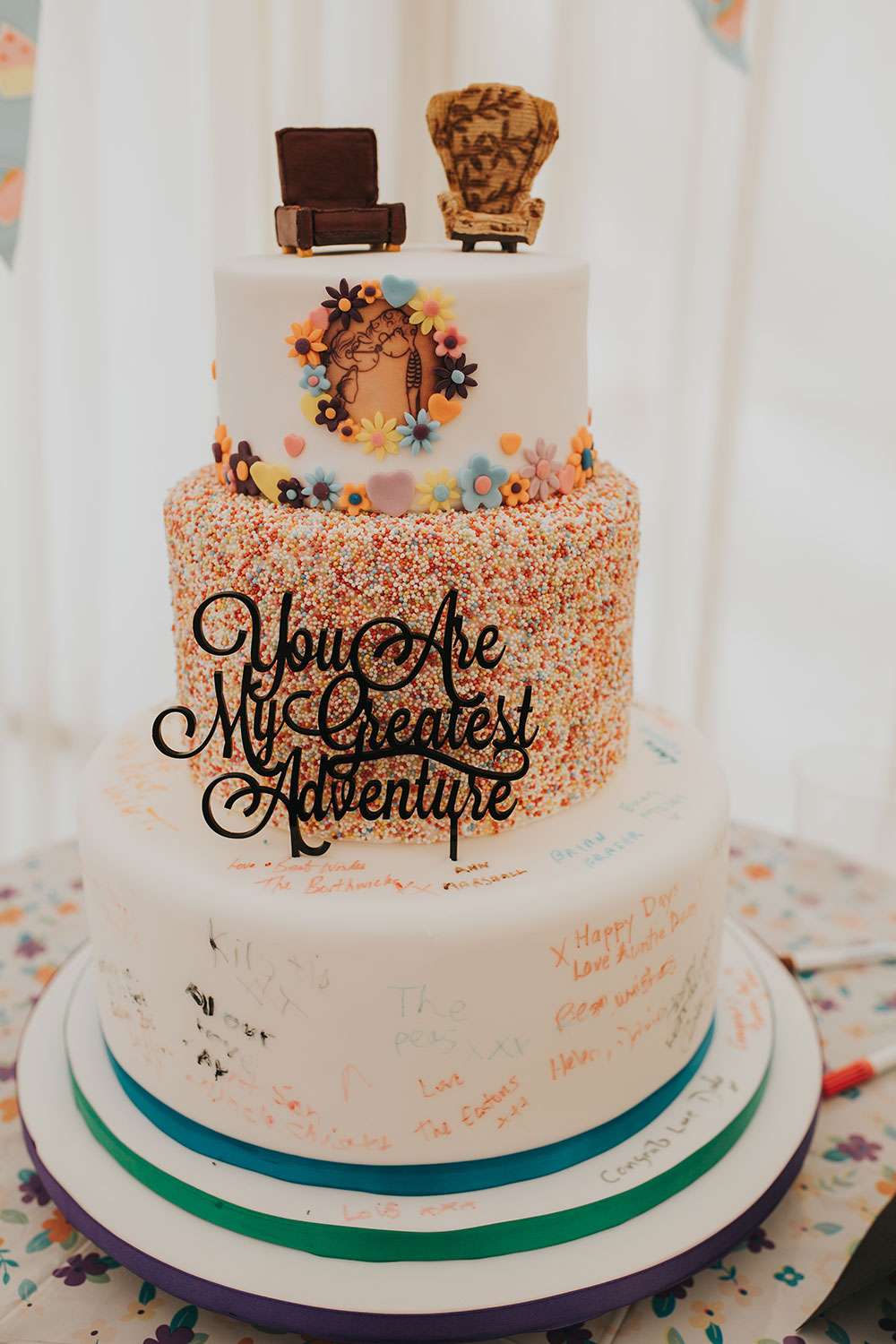 “The only advice I’d have for other couples is that the only people you have to make happy on the day are yourselves. You want to look back with fondness so make sure you chose what you want and not worry about what other people will think! Those who will be coming to your wedding are here for you and to share in this important part of your journey – make yourselves happy! Oh and apart from our fantastic photographer, the best thing we spent money on was the bouncy castle. Everyone loved it and especially kept the kids (and adults!) entertained all day.” 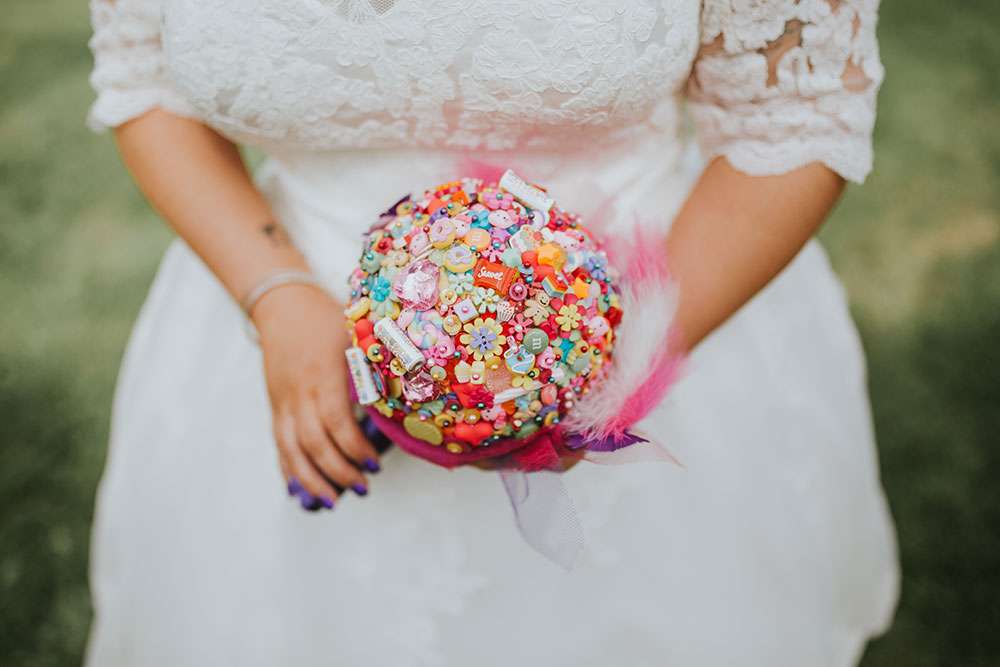 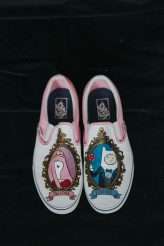 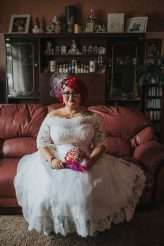 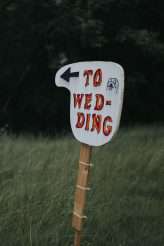 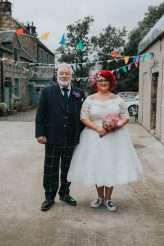 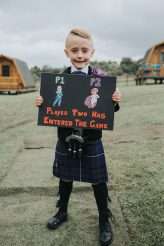 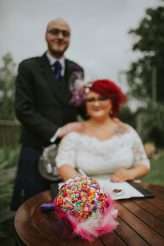 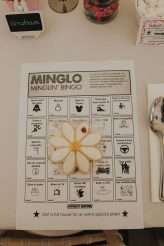 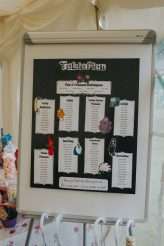 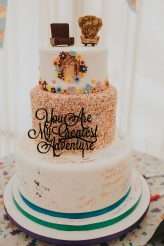 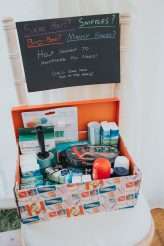 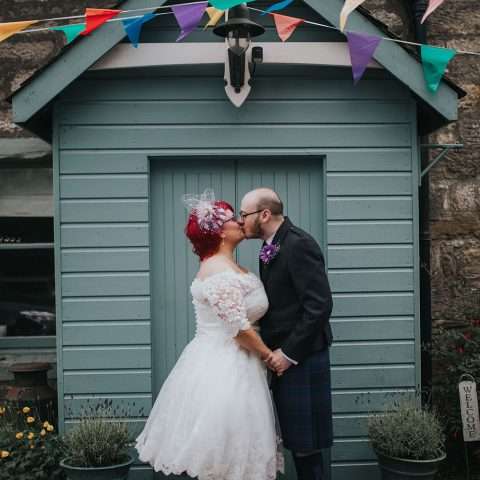