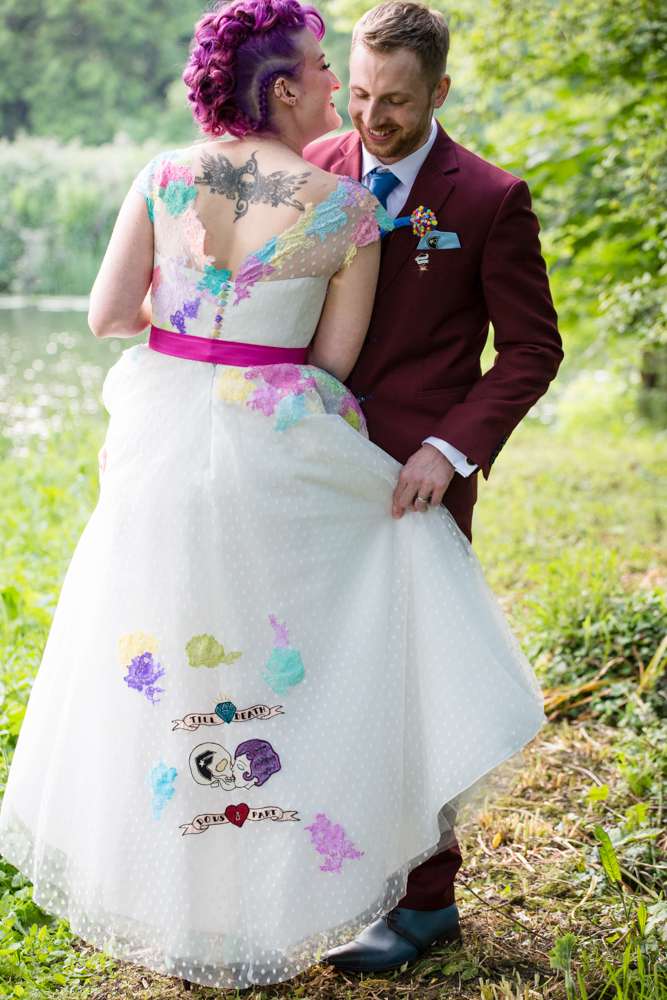 Emma and Adam got married in Bedford in May. Their wedding theme was colour, sugar skulls and Famous Stars & Straps (a clothing brand started by Travis Barker of Blink 182). The most important aspect for them was everything being colourful, which included the bride’s dress from The Couture Company. It had personalised embroidery on the back: two skulls, one with purple hair (for Emma) and the other with an ‘F’ embroidered onto the skull (for Adam). The bride also DIY’d her own button bouquets and buttonholes (made a year in advance!), with the help of her mum. They used multi-coloured buttons and pom poms. 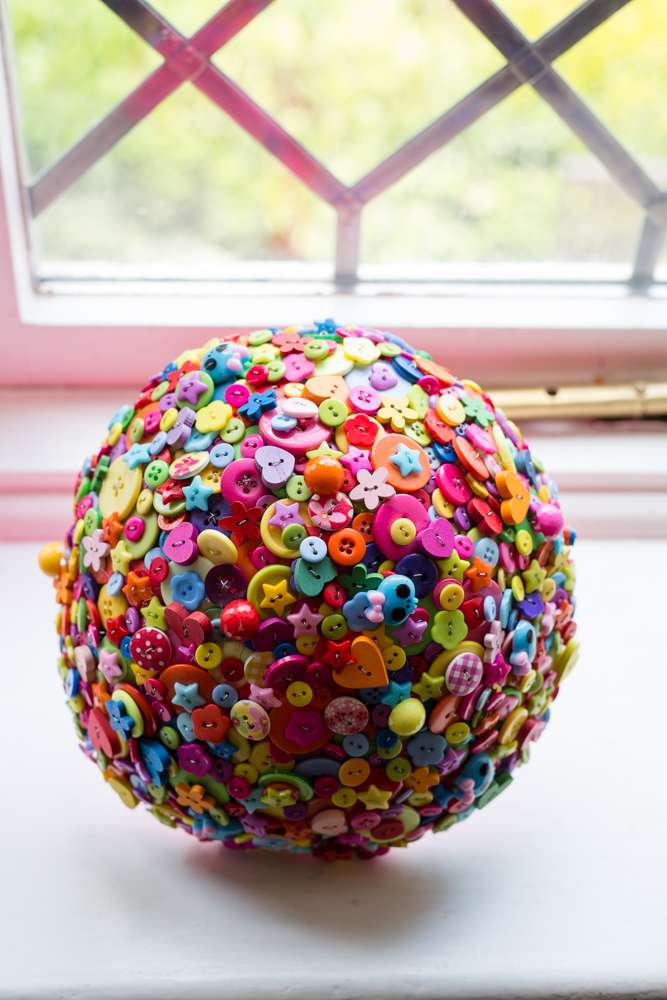 The ceremony was very short and tearful. “We had all the traditional vows in front of our closest friends and family”, explained Emma. “It was at this point that I discovered that when I try and hold back the tears my top lip quivers, ha ha! Adam was very good at holding his emotions but I nearly went when I said ‘I do’.” 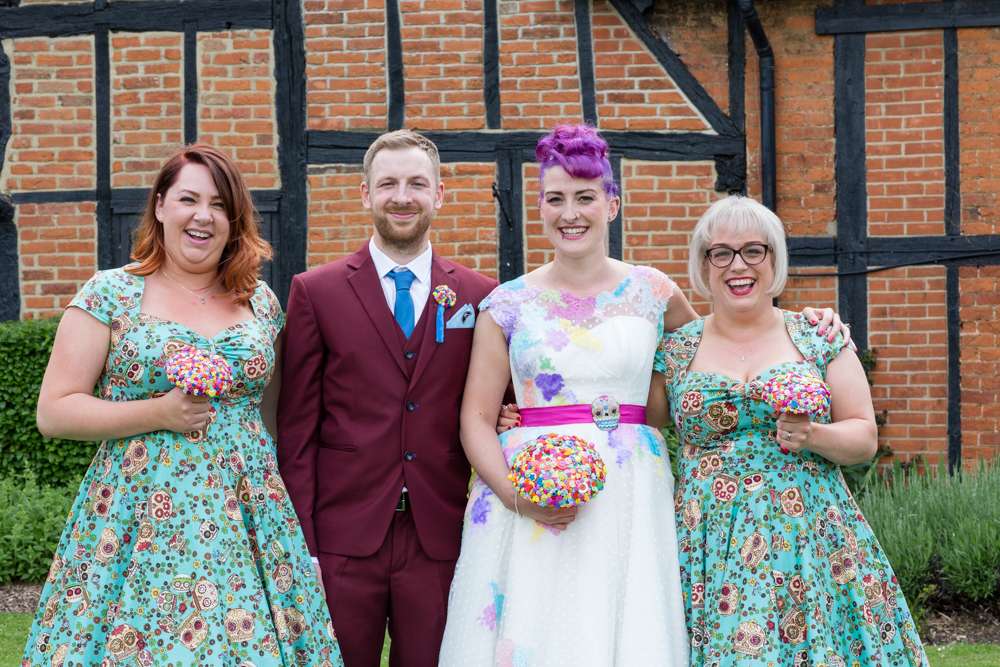 “Once all the formal stuff had been completed the cake cutting commenced followed by the reception. Everyone got drunk and had an amazing time. The band were incredible and created such a good atmosphere for everyone. Of course in the set list was the song All The Small Things by Blink 182. Adam and I were jumping up and down while singing along to all the rock songs in the middle of a circle created by our friends and family. It felt like one big party all day, it was amazing to have everyone around us be so happy for us. Such an overwhelming feeling.” 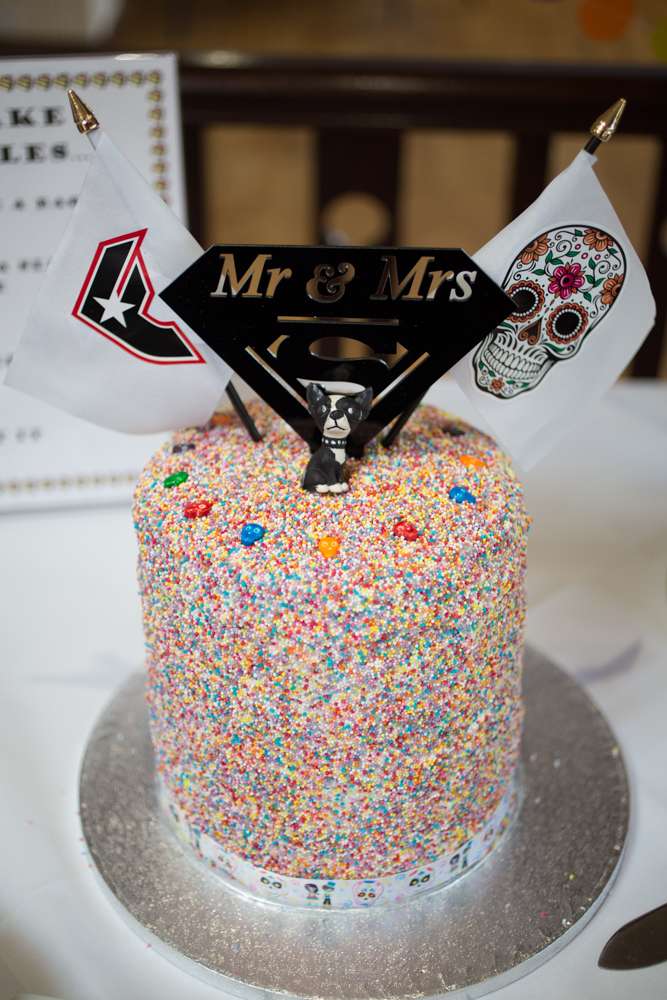 The couple saved money by not having any flowers. “I’m not a flowery person so I saved money by making my own button bouquets instead”, she continued. “We only had a few flowers on the table as it was part of the wedding package.” 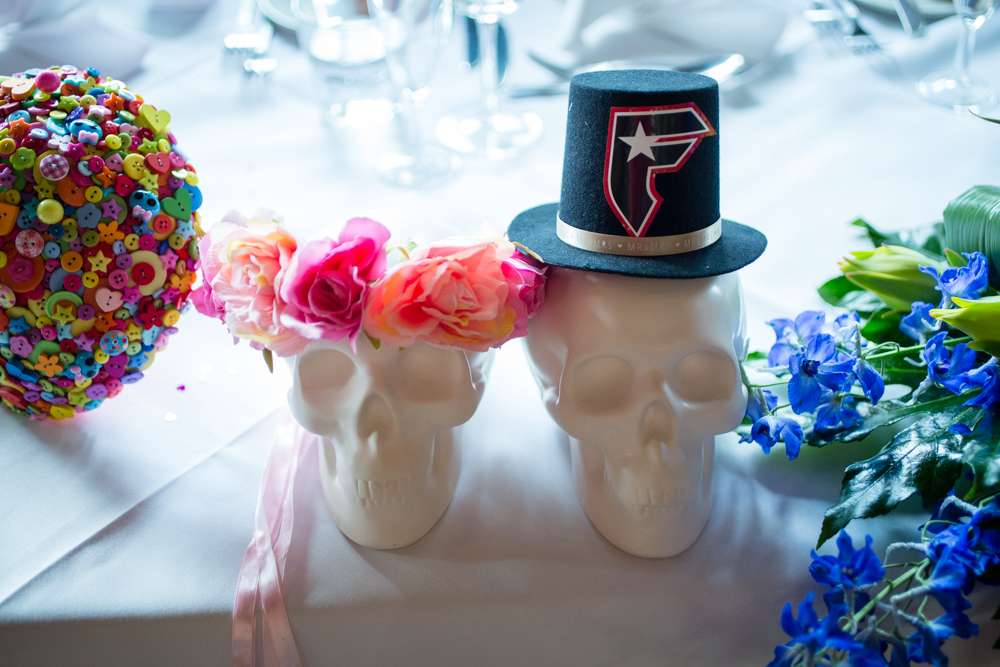 Their biggest expense was Emma’s dress. “I didn’t like any dresses other than the ones The Couture Company made. The other dresses I had seen were not ‘me’ at all and it was important for me to look the part and feel comfortable on my wedding day.” 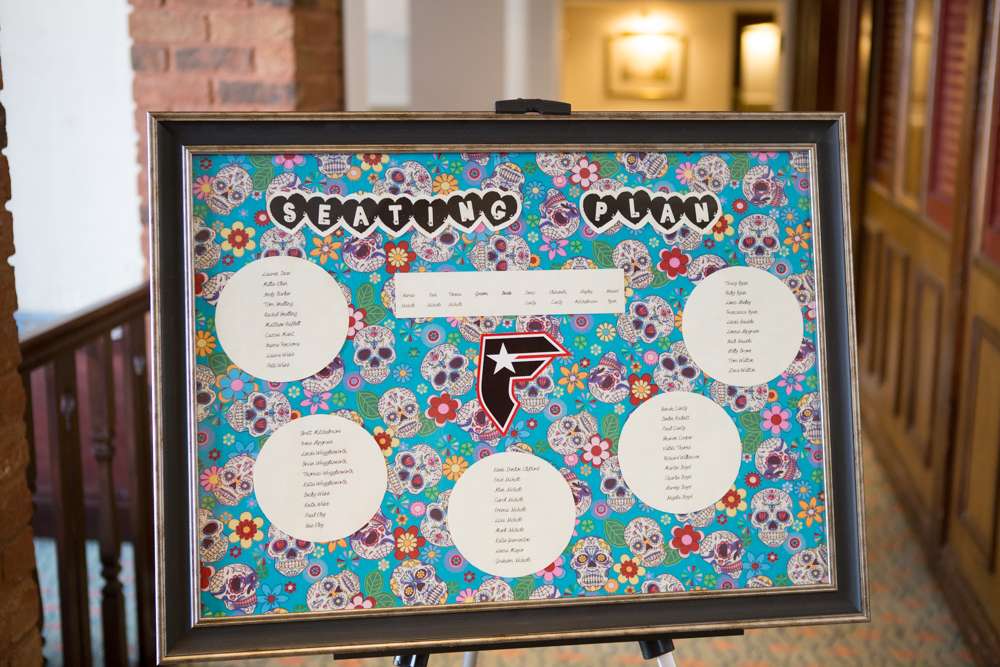 The ceremony was the couple’s favourite part of the day. “The whole day was just the best, but especially part where I got to marry my best friend. I smile to this day when I look back at the photos, reliving it all. The only thing I’d change is I wish we’d had our Chihuahua (our fur baby!) as our ring bearer, but we were so frightened about losing him we didn’t do it! Apart from that, I wouldn’t have done anything differently. It was an amazing day!” 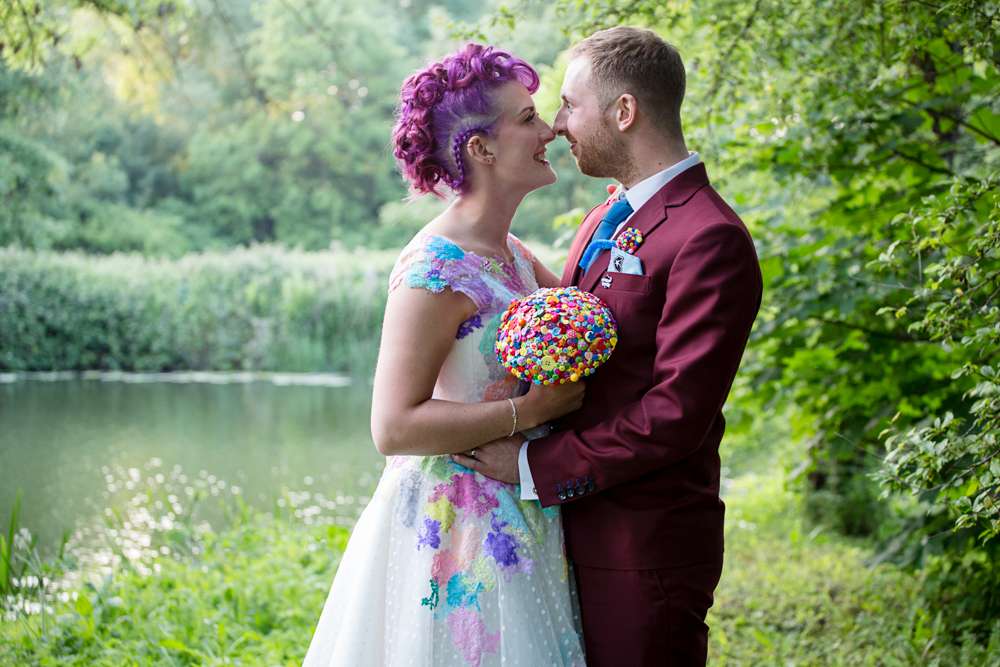 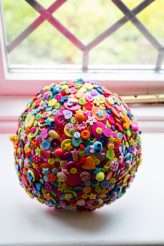 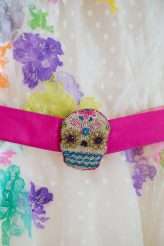 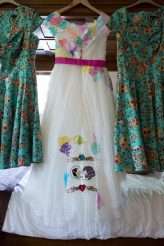 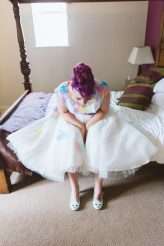 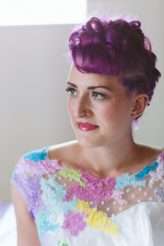 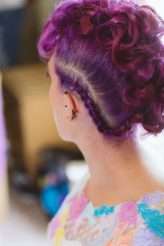 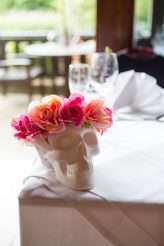 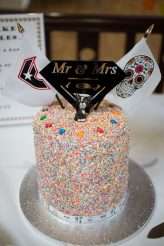 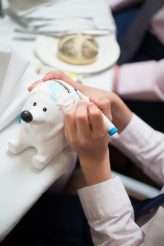 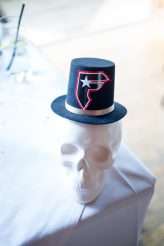 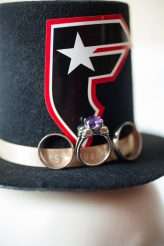 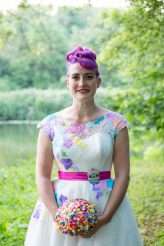 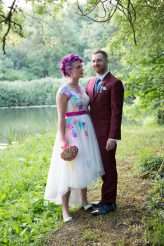 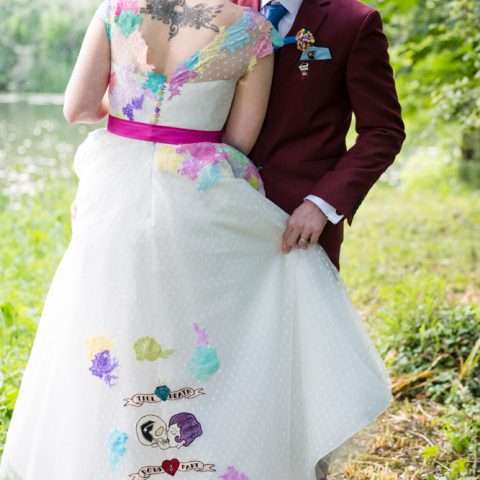 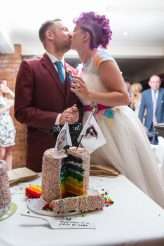