“We first started describing our vision as ‘fairytale’ until we realised the wedding industry had a very different interpretation of the word than we did!”, the bride began. “I would describe it as ‘actual fairytale’, enchanted forest or fantasy literature inspired. It was Harry Potter, Labyrinth and Star Wars with a little The Last Unicorn, Lord of the Rings and Game of Thrones thrown in!! We are both long term LARPers and share PC gaming as a hobby, so we picked out things we like and mashed them into an eclectic theme. Adrian also carried a replica of Lucius Malfoy’s Cane (complete with hidden wand) as part of his wedding outfit… We definitely went for the ‘more is more’ approach!” 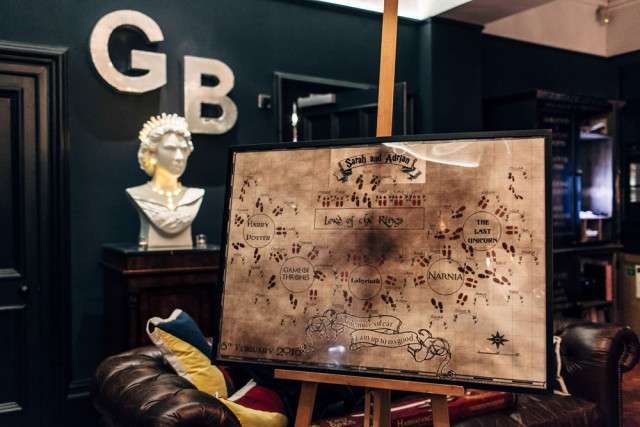 The February wedding was held at Glazebrook House Hotel in Devon. “We were married on the landing of the staircase. I was very fortunate to have the support and huge help of my Mum and sister who run the wedding decor company, Flourish. They decked the staircase in lanterns, foliage and flowers, so it looked like something out of an enchanted castle! Our registrar was really helpful in working out where we would stand and had the idea of having the bridesmaids sat on the bottom stairs which looked lovely!” 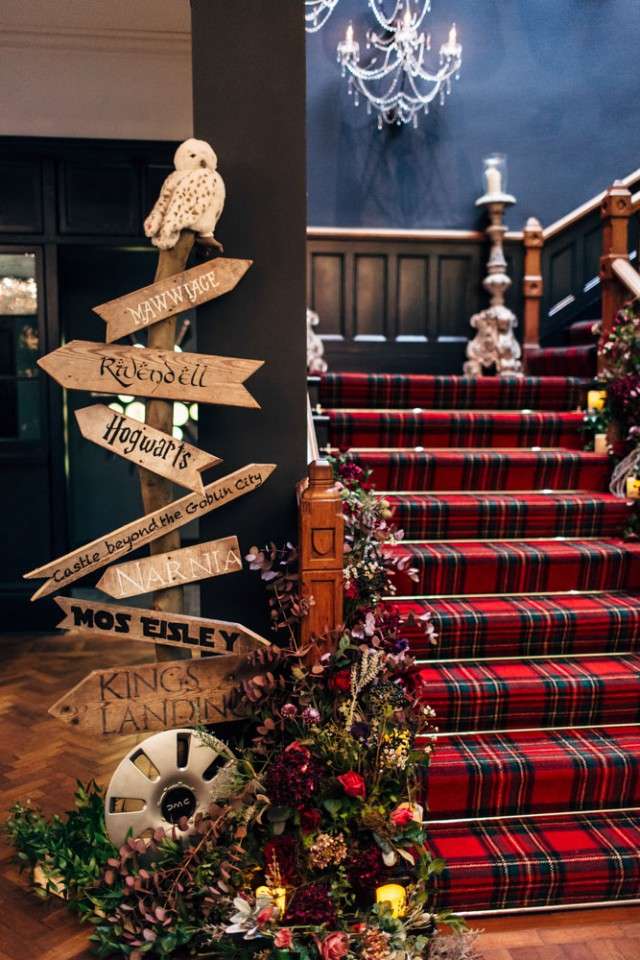 “I walked down the stairs to Hedwig’s Theme from Harry Potter, and it felt so magical as the first notes played out through a silent hotel and then the wedding procession started down the stairs. A family friend sang Storybook Love from The Princess Bride whilst we signed the registrar. I had heard him practising whilst I was having my make up done and it was my first big emotional moment of the day and brought tears to my eyes. We had two readings at our ceremony, read by my sisters who were also my bridesmaids. One was an excerpt from The Last Unicorn and the other an excerpt from Stardust by Neil Gaiman. We had the Throne Room theme from Star Wars as our exit music, and unbeknown to me my Mum had given out star wars masks to everyone, and as we exited they all put them on!” 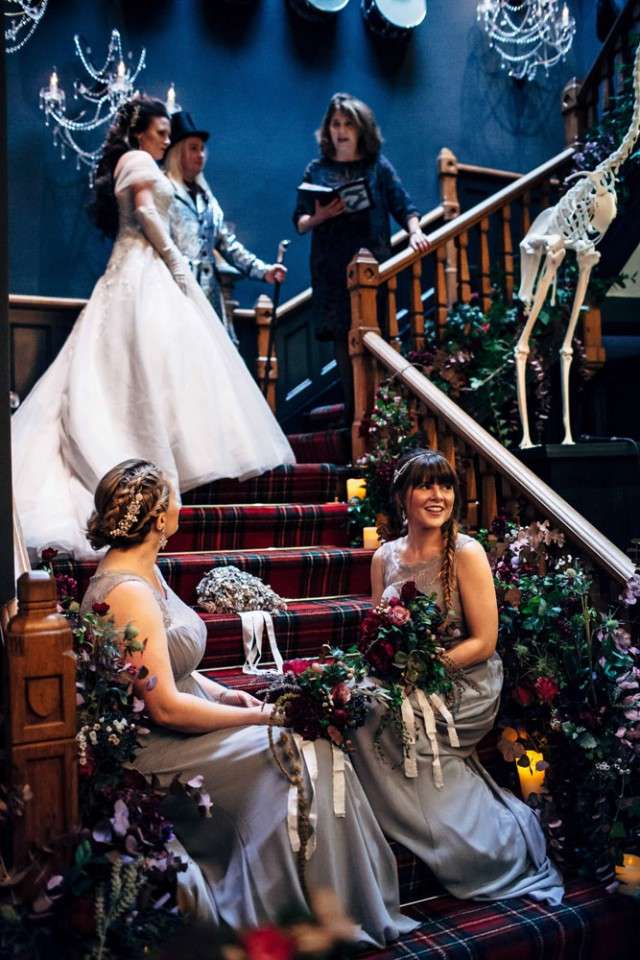 There were lot of DIY projects in this wedding, namely the centrepieces and the table plan. “I had a lot of fun doing the DIY projects which multiplied the further along in the planning I got! I designed my Marauders’ Map table plan complete with footprints and individual menus for each person themed to each of my tables. I wired metal wings onto 42 key bottle openers and created labels for them, these were used as the wedding favours and instead of placing them on the tables, they were placed on a sorting table complete with sorting hat, wand and other Harry Potter props.” 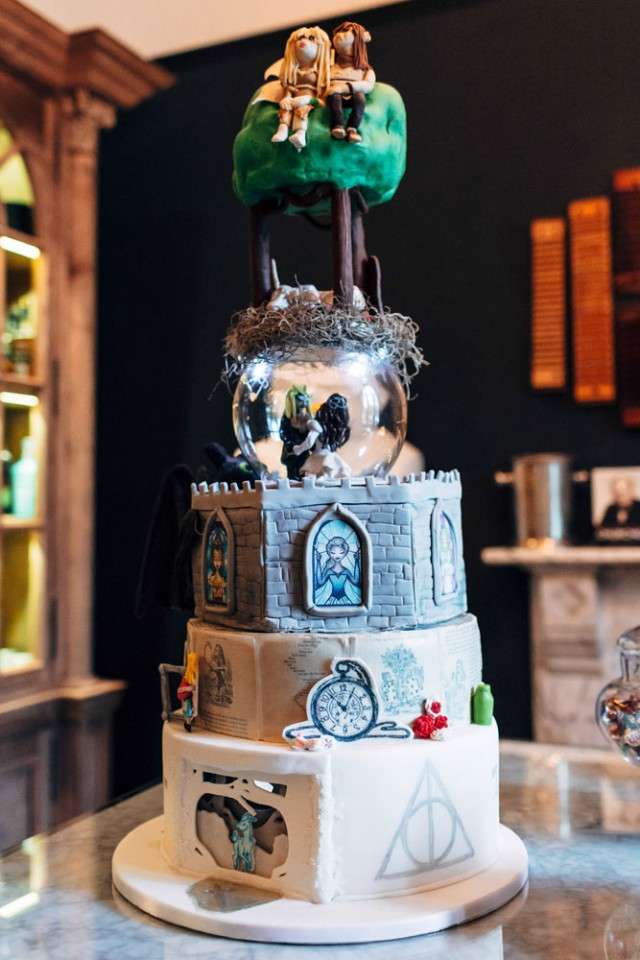 “I made the GOT dragon eggs and a weirwood tree for the Game of Thrones table. I made Jareth and Sarah (from Labyrinth) figures from fimo polymer clay which were put onto the cake and Mum and I painted the lettering on our signpost.” 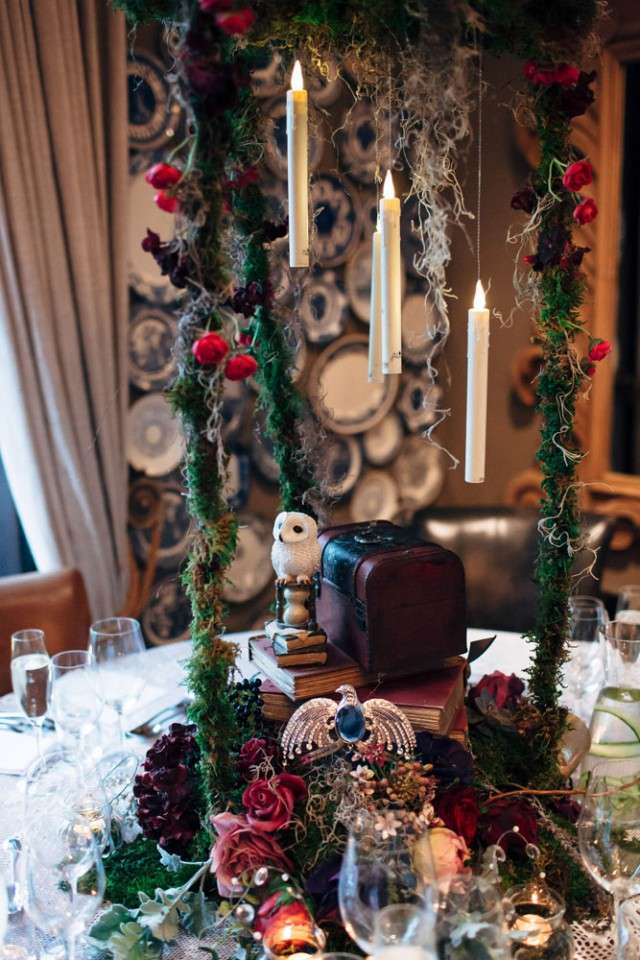 The biggest expense was the venue, but after they visited it they knew it had to be the one! “Glazebrook is a stunning yet quirky Alice in Wonderland themed boutique hotel. The bridal suite is called the White Rabbit room and features a gigantic fluffy white bed with chandeliers as bedside lights! I love all of their decorations, from the bird skeleton on the stairs, to the bowler hats on the walls to the stuffed owls in the hallway! Once we knew we had chosen our venue we had to keep an eye on the rest of our budget so we chose to have a fairly small wedding with just 40 guests and to hold it out of season in February. I am also lucky to have a sister who makes wedding cakes as a hobby, and a Mum and other sister who run a wedding decor company. They helped us save a lot of money.” 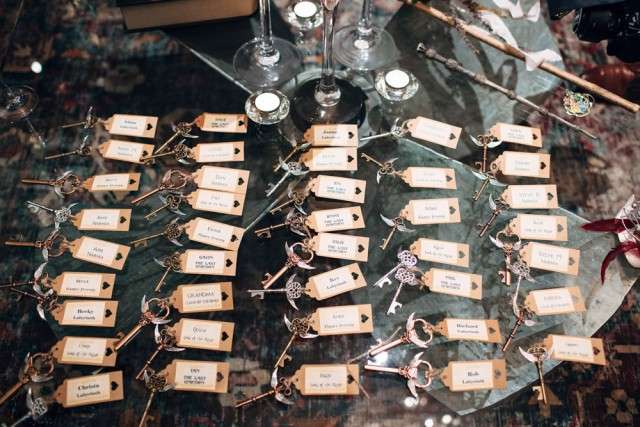 “One of our favourite surprise elements was the evening entertainment. We could not agree on what kind of band to have so instead we looked for an alternative. I love puzzles and mysteries and I had the idea of having a Murder Mystery in the evening. I found Murder by Candlelight and they were fantastic. We kept it as a complete secret and none of our guests knew at all! They started their performance after the first dance, and it was so much fun seeing everyone’s disbelieving faces until they realised what was happening, especially when we all climbed the stairs to see the body that had been discovered there! Although it was a bit of a risk, everyone really responded to it.” 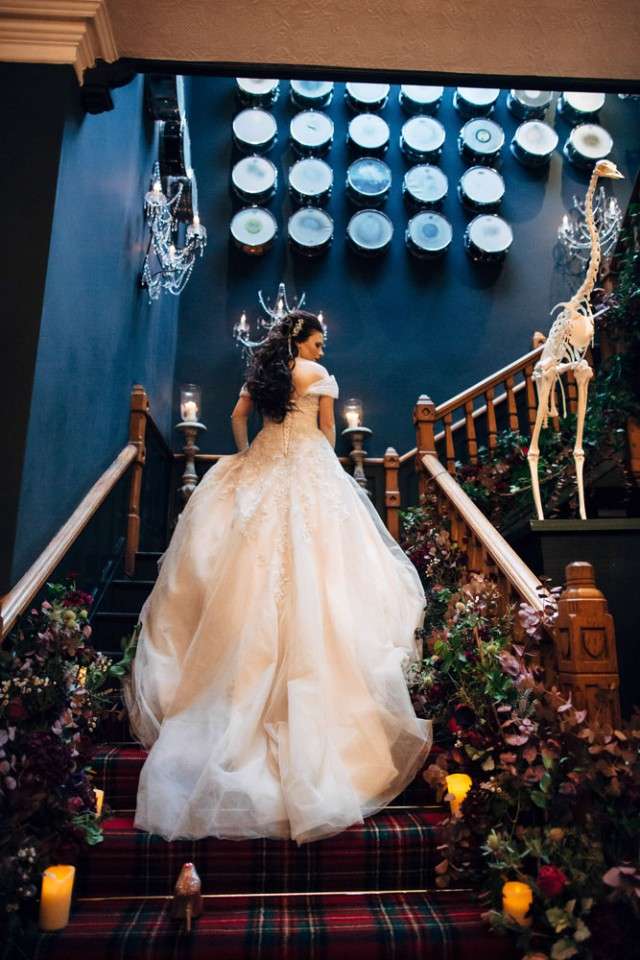 “My advice to other couples would be to enjoy it! It all goes by so quickly”, she concluded. “Also stick to your guns and make a day that truly represents you!” 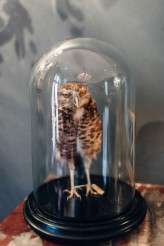 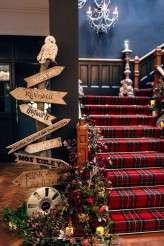 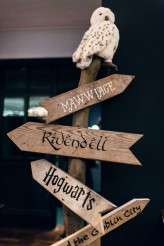 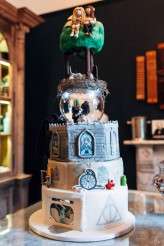 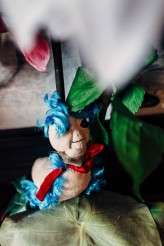 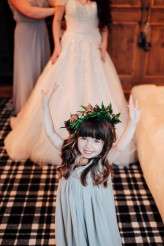 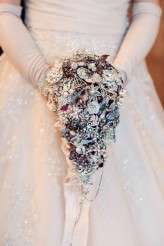 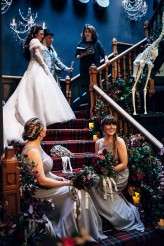 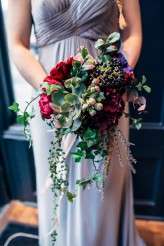 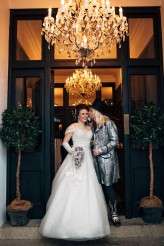 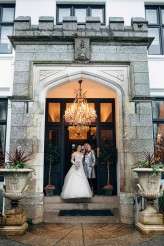 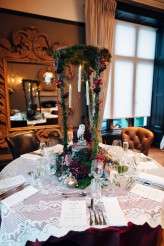 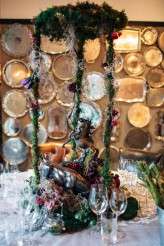 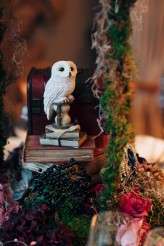 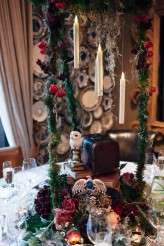 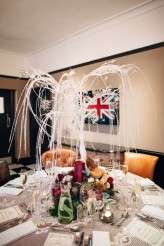 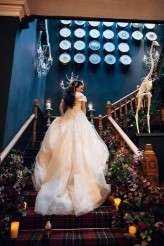 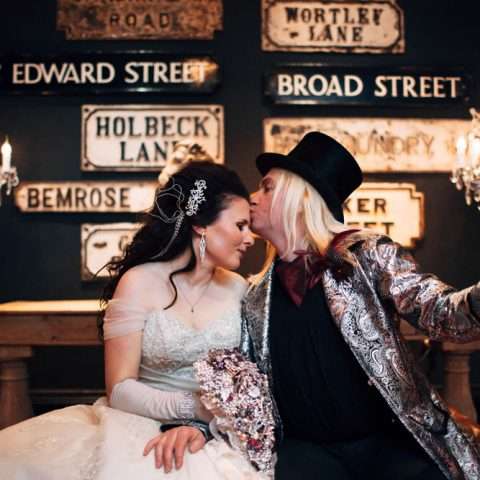 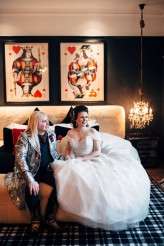 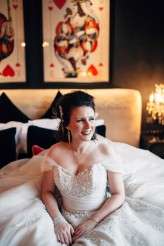