Leeanne and Zak wanted a DIY wedding in all senses of the word. Initially they weren’t even going to have a professional photographer, but thankfully some friends convinced them otherwise! While this was a bigger expense than they were planning, they were able to counterbalance that with lots of savvy money saving options. The bride’s dress was £29 in the Monsoon sale for example! Their ceremony was at Leeds town hall and their reception at Thwaite Mills, an industrial museum, also in Leeds. 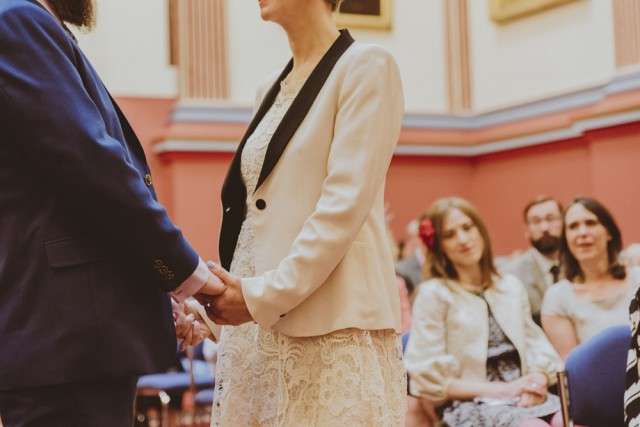 “We wanted our wedding to be informal, welcoming and inclusive”, said the bride. “Zak’s mum is Spanish and we love the way they do a great mix of food and good times over there. While our wedding wasn’t exactly Spanish themed, we were influenced a lot by that. We also wanted as much colour as possible. It looked amazing against the industrial back drop of the water mill. Leeds can be very grey, so we wanted to be sure there was colour.” 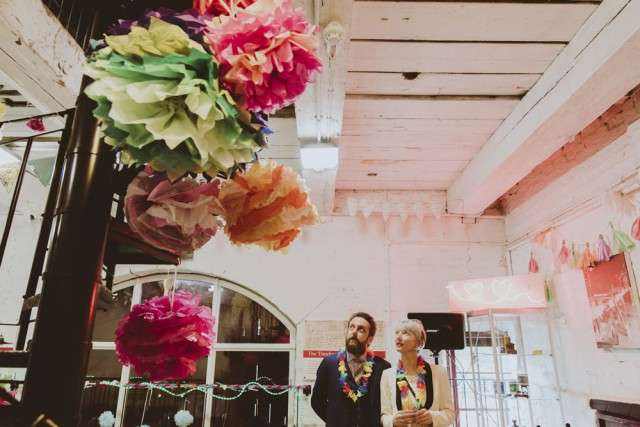 “We very much saw the wedding as being a celebration of all the relationships that we have in our life, with all of our family and friends, not just the relationship between us. We have a six year-old son and there were nearly 40 kids there, so it had to be about the kids too. We had lots for the children to do and to keep them entertained. We had bubbles, a bouncy castle, arts and crafts and a brilliant buzzy bee piñata – which I suspect the parents enjoyed even more than the kids!” 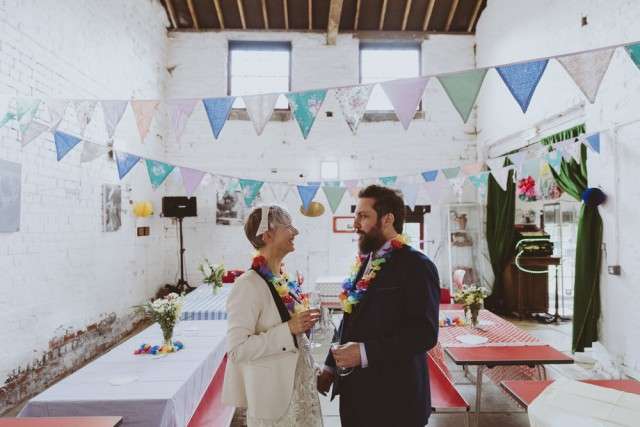 “We wanted the party to be really personal and for the guests to be part of this”, she continued. “So instead of a wedding present list we asked people to either make a decoration for the venue or make us a cake. This resulted in the most amazing array of decorations and cakes. The flowers were chosen, arranged and gifted to us by my dear friend, Megan. From initially not being that bothered about having flowers, we were blown away by what a massive difference they made to the venue, they were so beautiful and smelt wonderful.” 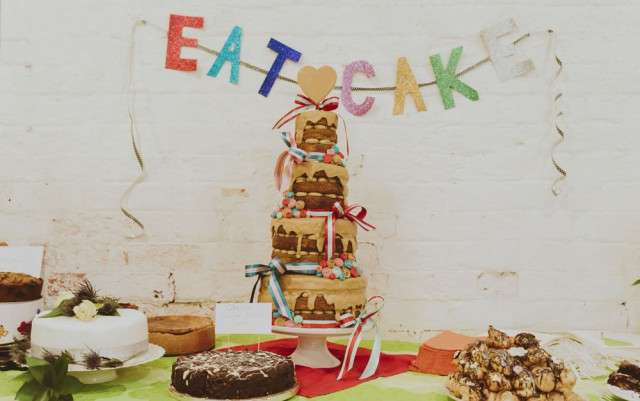 “After clearing Hobbycraft out of tissue paper and all things glittery, my glorious friends and I got together and over several bottles of fizz and from chaos came paper pom poms of all sizes, shapes and colours. It was incredible! We all had the pom pom bug for months and everyone’s houses were filled to the brim with delicious paper confections. They were a massive labour of love and wine. We were also beside ourselves with delight and amazement at the wonderful neon hearts made for us by our dear friend, Bekki. They have pride of place above our bed now.” 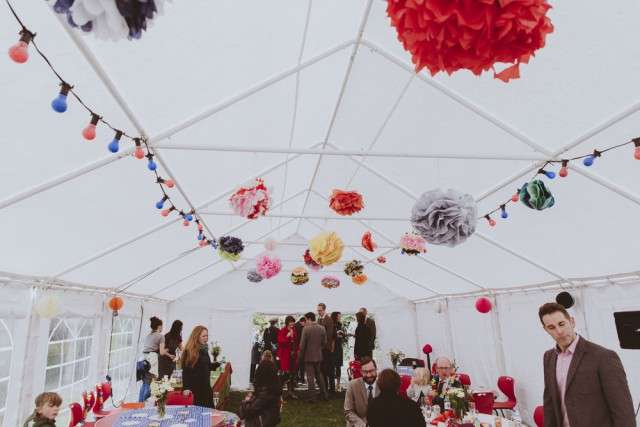 “We also saved money by choosing venue that doesn’t do many weddings”, she explained. “The venue was a real flash of inspiration. It was a blank canvas that we made our own for the day. We had to ship everything in – food, drink, bar, music – but because all of our friends helped out, it meant that the overall cost of the day was much lower than it could have been.” 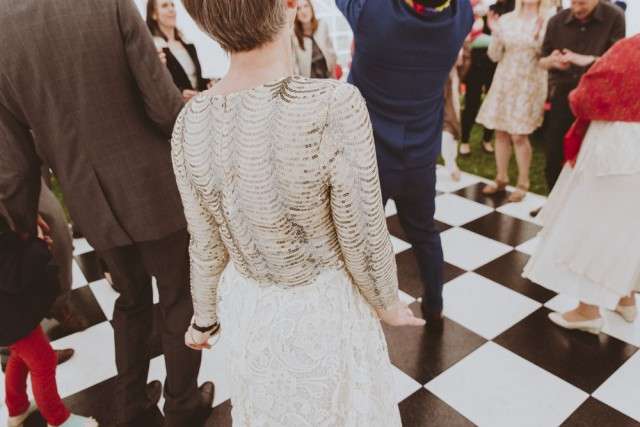 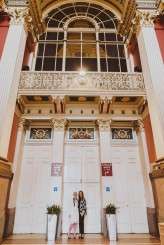 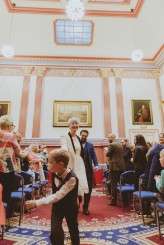 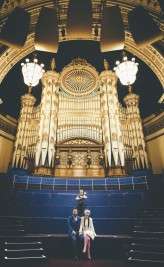 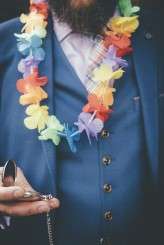 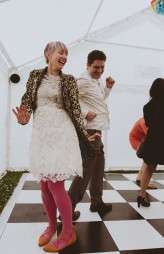