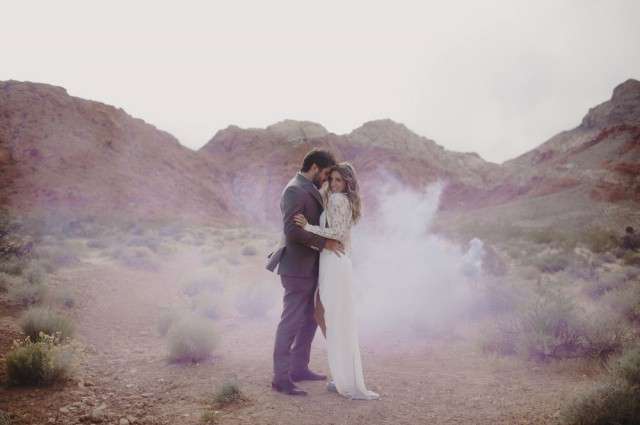 Brazil-based Marcela and Pedro got married in Vegas and they had the most amazing wedding ever! Their ceremony was at the Graceland Chapel and their ‘reception’ was lunch at Billy’s BBQ. After that they all went to Omnia Nightclub – from the early afternoon until 5am!

“Our wedding vibe and inspiration for the dress code was American Hustle, the movie based in the 1970s”, said the bride. “After the ceremony we rented out Billy’s BBQ place for lunch. Its a very simple but cool BBQ joint off the strip with plastic plates and all delicious food. On the way there after the ceremony we stopped at a huge liquor store and got pink champagne, beer, bourbon and gin. Since Billy’ doesn’t serve alcohol, we drank our own in plastic cups. We all had so much fun!” 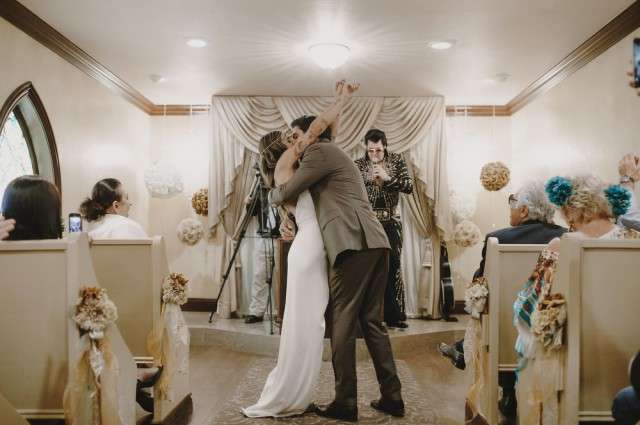 “After the meal we went with our photographer to the desert for pictures and then the Neon Museum. Our guests went back to the hotel we were staying at, Caesar’s Palace, and we went to Holiday Motel for a photo shoot in one of the rooms! We even bought changes of clothes, it was super fun.” 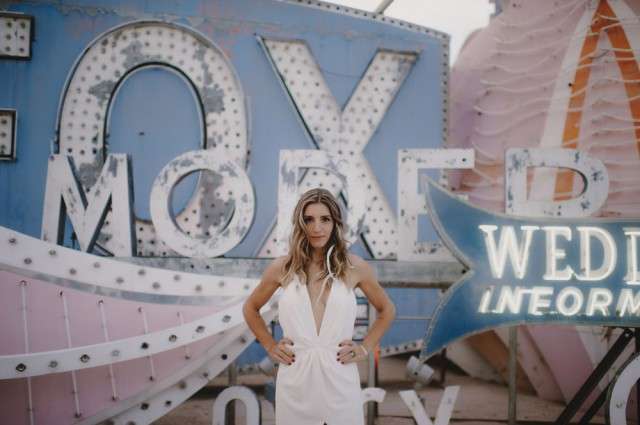 “Our main expense was getting everyone to Vegas”, she explained. “As we had a destination wedding from Brazil we thought it was only right to play for everyone’s hotel rooms. It’s the least we could do to thank them for flying 15 hours for our wedding! We saved on everything else though. Lunch was off the strip so very inexpensive.” 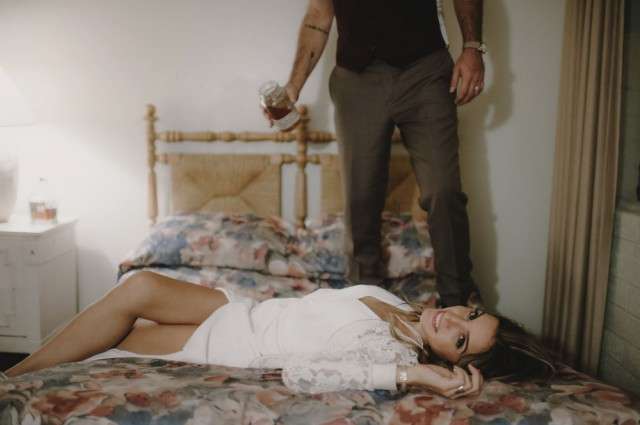 “There is nothing we’d do differently”, Marcela concluded. “Family is the foundation of everything, the most valuable gift a wedding can give you, and we’re so happy they were all there to celebrate with us.” 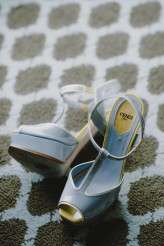 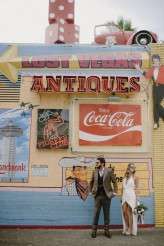 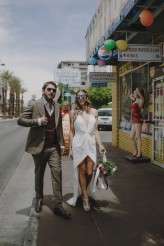 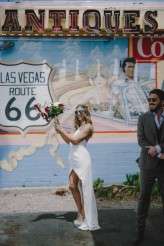 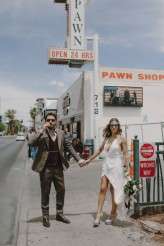 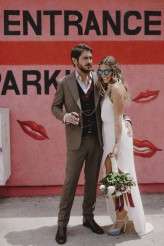 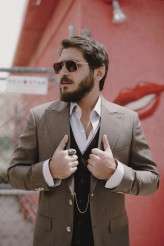 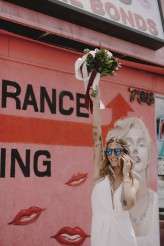 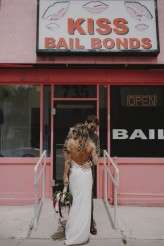 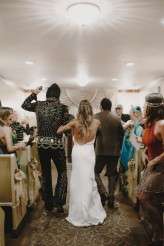 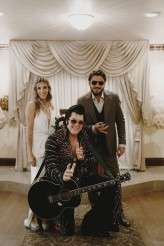 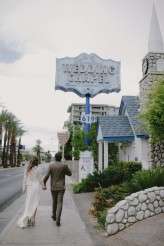 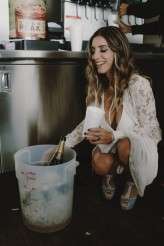 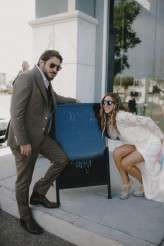 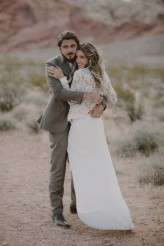