Emily and Josh met in Melbourne, where Emily lived and where Josh was visited from Auckland, New Zealand. Within six months of first meeting, he moved over with his band and they picked up from where they left of! 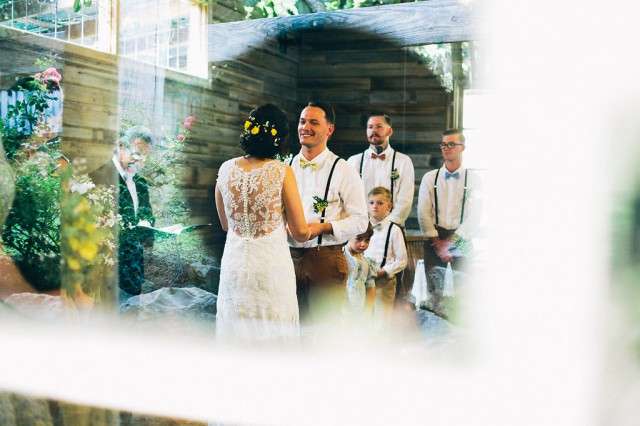 “We were heavily inspired by the 1940s for our wedding, especially the working class side of this era”, Emily explained. “The whole day was on a farm with animals, fruit trees and we held the reception in a barn. The girls all had mismatched floral dresses and 1940s styled hair and make up. The boys wore black work wear boots, heavy linen shirts, and fade to zero military haircuts – definitely referencing the prohibition era of American working class for the boys.” 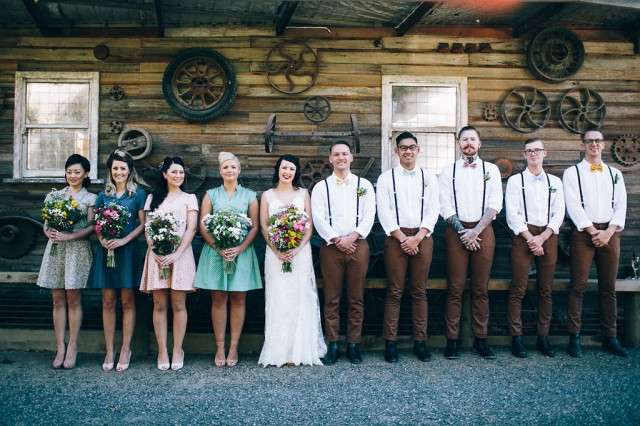 “All the invites, order of ceremony, and menus were all hand made by us. We screen printed the invites on to calico and sewed different floral fabric on the back of each invite. We had bought old lace curtains from a garage sale, cut it up and sewed it into bunting to decorate the entire venue. Josh built and hand painted road signs to lead our guests to the venue through the Dandenong Ranges.” 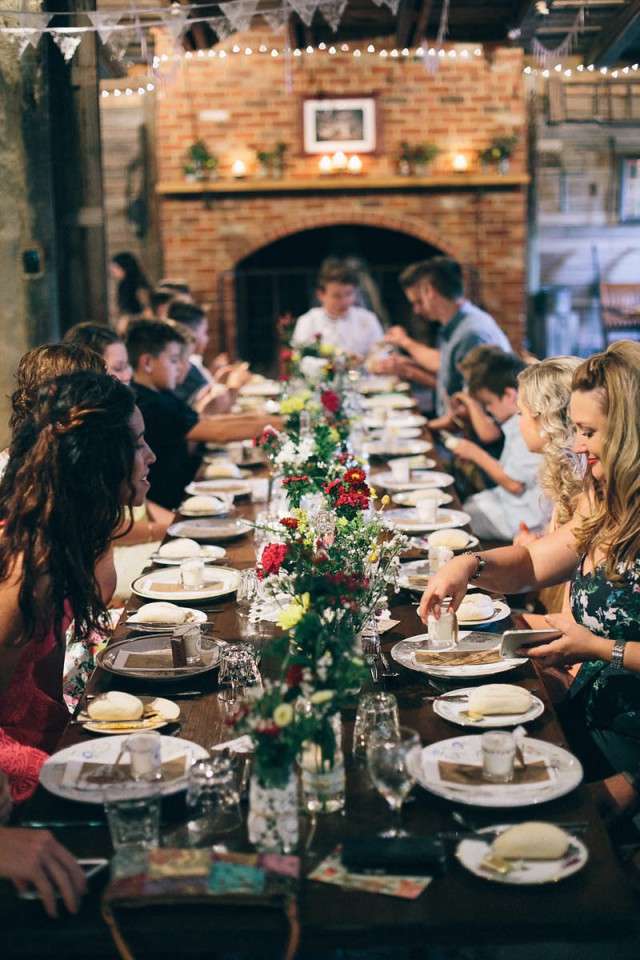 “We spent months collecting old floral plates and jars from op shops and garage sales to dress the table setting and also used the lace curtains as table runners. The jars covered the tables and were filled with fresh flowers. I also handmade all the boys bow ties to match the girls’ dresses.” 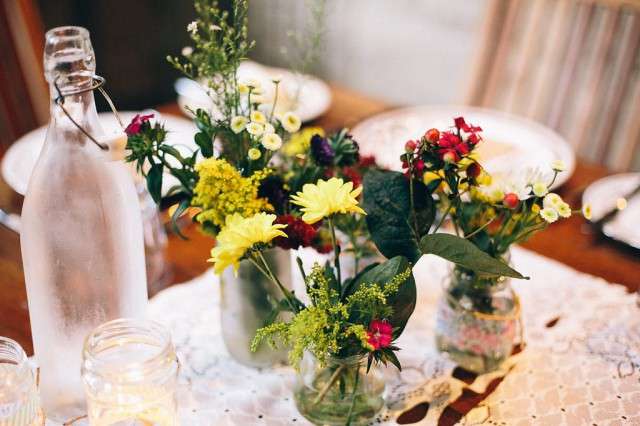 “The DIY saved a lot of money especially on the flowers, the cake, and the band. The flowers were arranged by our niece and the cake was baked by one of my sisters. The live music was performed by ours friends from Five Mile Town.” 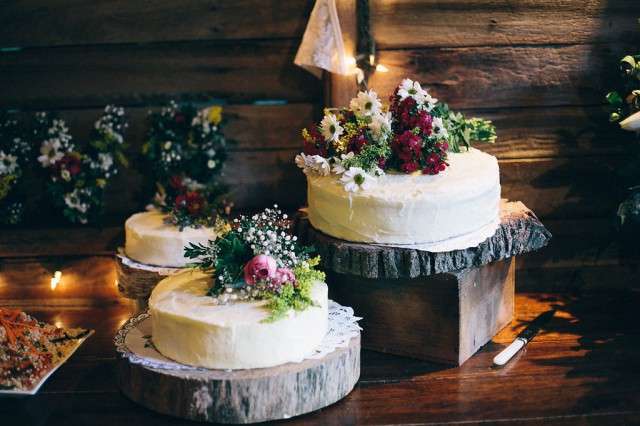 “Our day couldn’t have been any better!”, she concluded. “Don’t worry about things not going as planned. As long as you both stand opposite each other in front of the people you love and your officiant pronounces you husband and wife, the rest won’t even matter!” 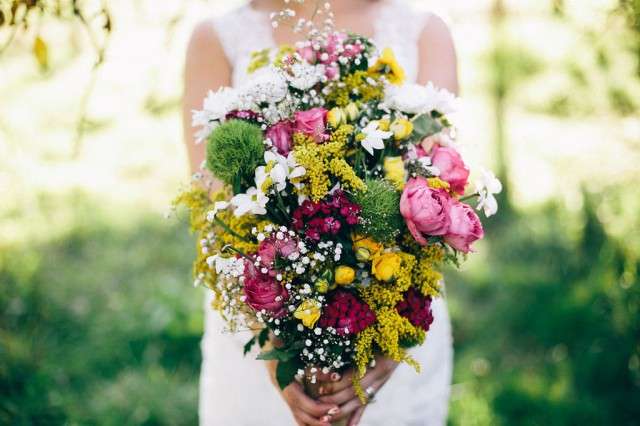 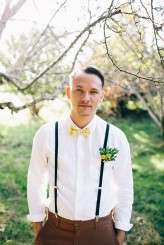 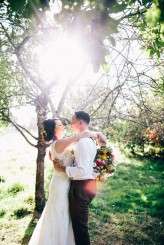 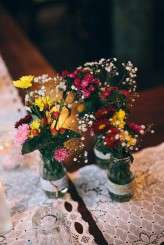 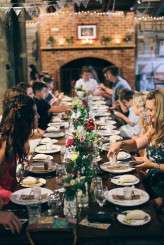