There was a lot of rain for Maja and Gavro’s Slovenian circus themed wedding, but that didn’t put a dampener on one hell of a party! The day was circus themed and planned in just five months. The bride wore an AMAZING one of a kind wedding dress. She bought a relatively plain gown online and added the coloured tulle and black sash herself. 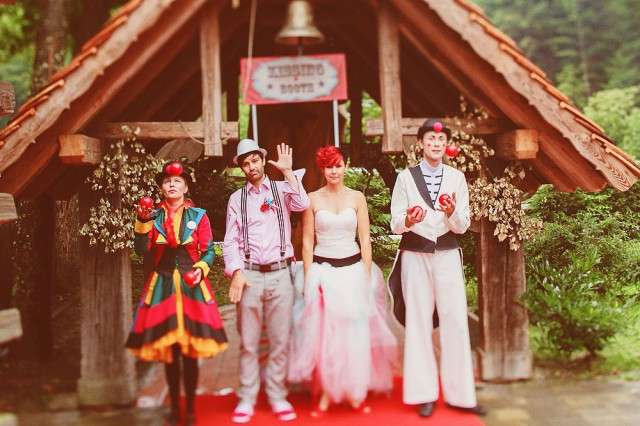 “We met in high school but we fell in love when we were finishing our studies and also partying a lot in Ljubljana, the Slovenian capital”, Maja told me. “After 10 years and 4 incredible kids, we decided to get married. Among the reasons was also to have a great party with closest friends and family.” 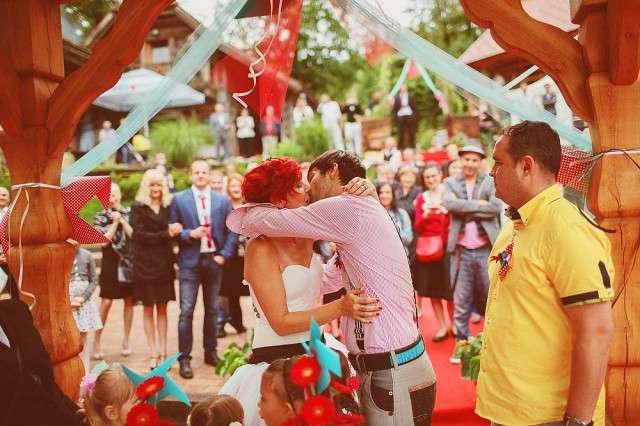 “Our main theme was a circus, because with our kids, we sometimes look like one! We wanted a fun wedding that no one would be bored at during any part of the day. We had lots of little details like colourful flowers and windmills decorated in tin cans. The basic idea was to have good vibes at all times though! From our experiences, a lot of weddings can be very boring is there is lots of waiting around and we did not want that. We wanted to have everything in one place and we put a lot of effort into having great music and entertainment for our guests all the times.” 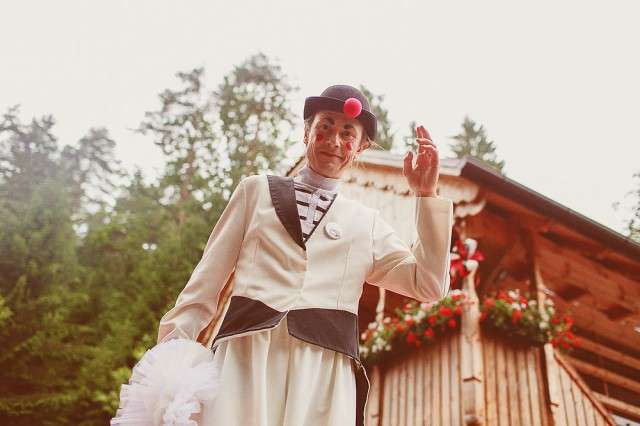 The couple also gave their guests a dress code if that wanted to take part in the theme. “Our guests were invited to dress up in a circus style if they wanted. We also had clowns walking around the place, juggling and spinning plates, and someone on huge stilts!” 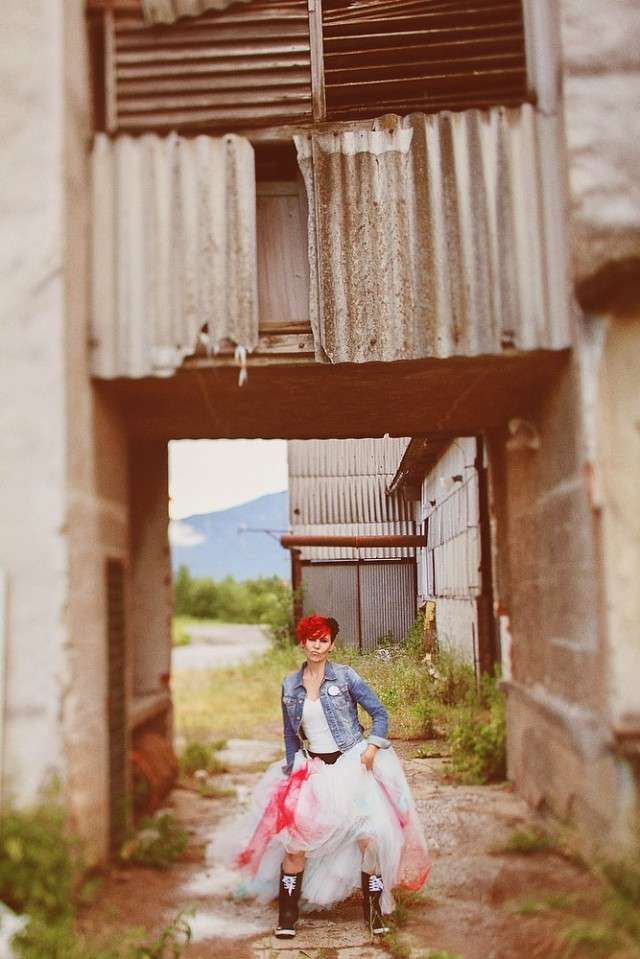 “The only thing we’d do differently if we were doing the wedding again would be to invite more people”, the groom took over. “We wanted a really big party. We had 100 but could have had more!”

“And I wish I’d eaten the food”, the bride laughed. “I was so thrilled about everything else happening that I didn’t really take the chance to eat anything!” 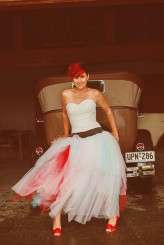 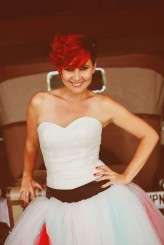 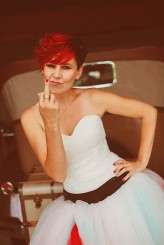 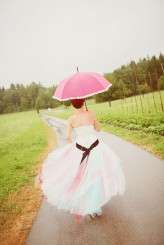 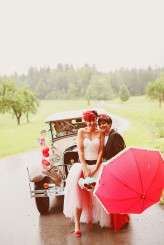 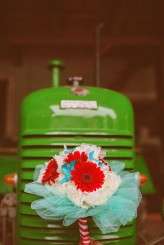 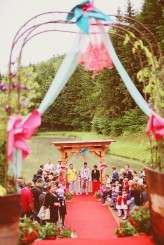 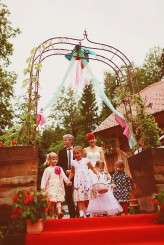 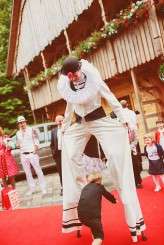 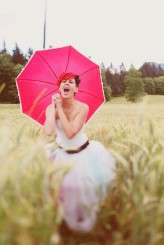 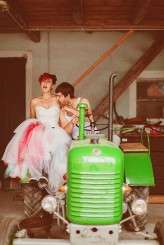 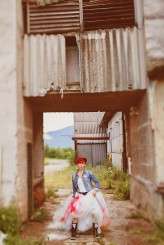 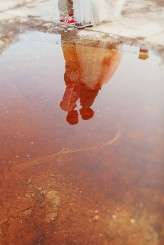