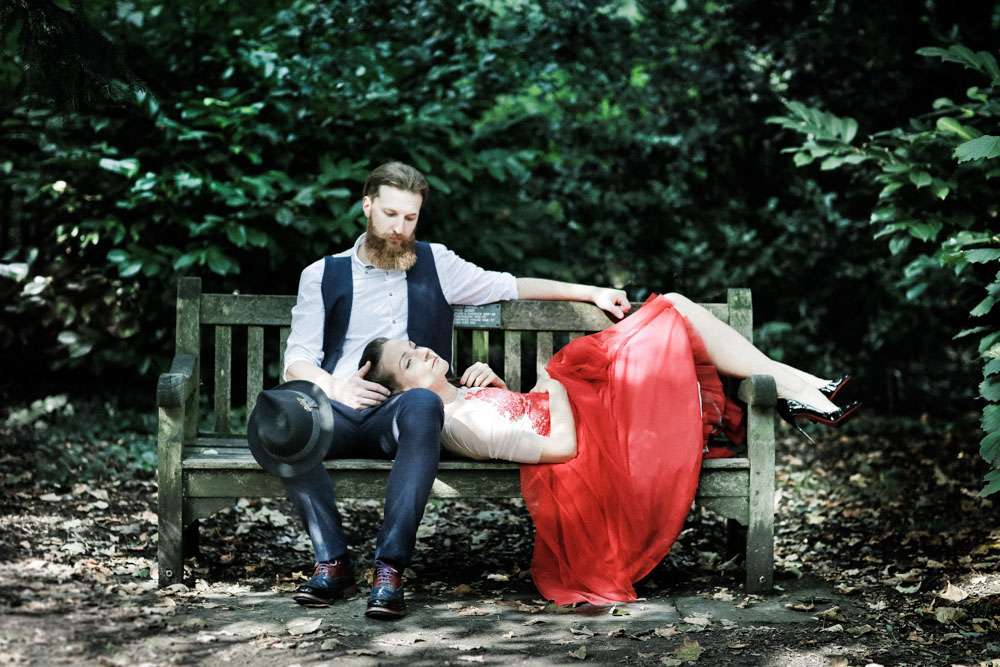 I seem to be featuring a lot of elopements at the moment. So many Rock n Roll couples are choosing to do things completely on their own terms, which I think is fabulous! Viktorija and Martynas, originally from Lithuania, were married at their embassy in London on their five year anniversary.

“I’ve dreamt about all the different wedding I could have ever since I was a small girl because I always knew I wanted something different”, began the bride. “When I came to marry Martynas we decided on something bold and public. I wore red and we took the London Underground all day.” 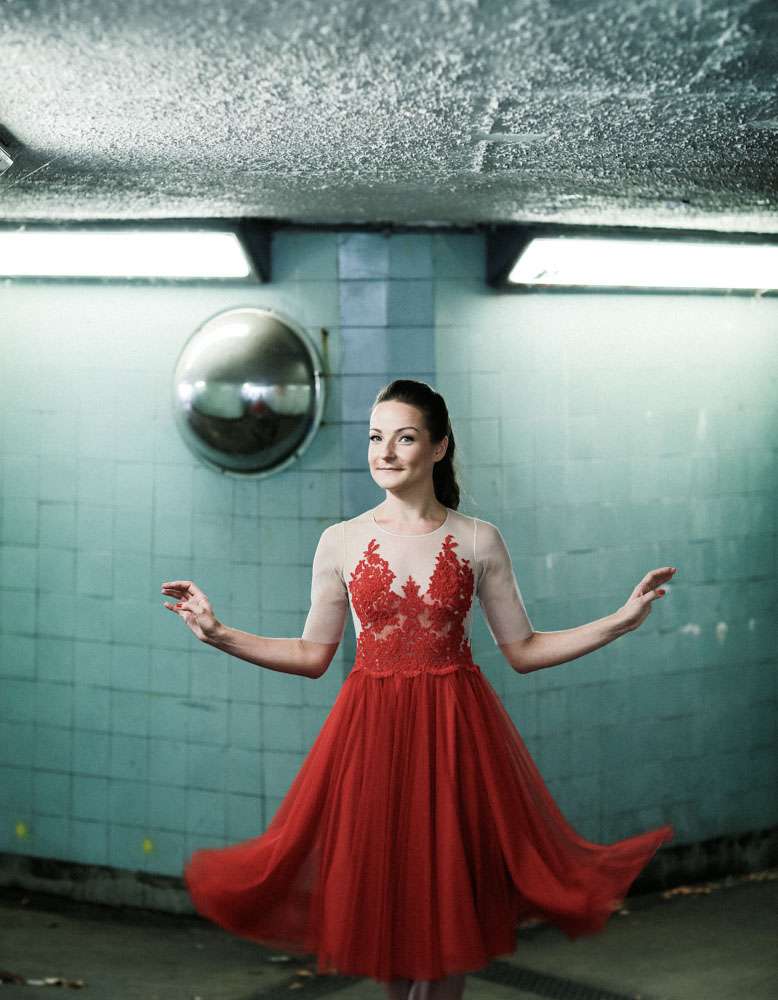 “My dress was red and made by Tiulio Feja. I picked red because I wanted to wear a unique colour and it means passion and love and power – everything you need in life!”

After the ceremony, the couple did portraits around the city with Kristida Photography.
“My favourite part of the wedding was probably was in the afternoon, during the portraits, when I realised that in a couple of hours we were flying to the Dominican Republic on our honeymoon”, she said. “I’m just mad about travelling! We had our ceremony at 3pm and at 9.30pm we were already on our way to PARADISE!” 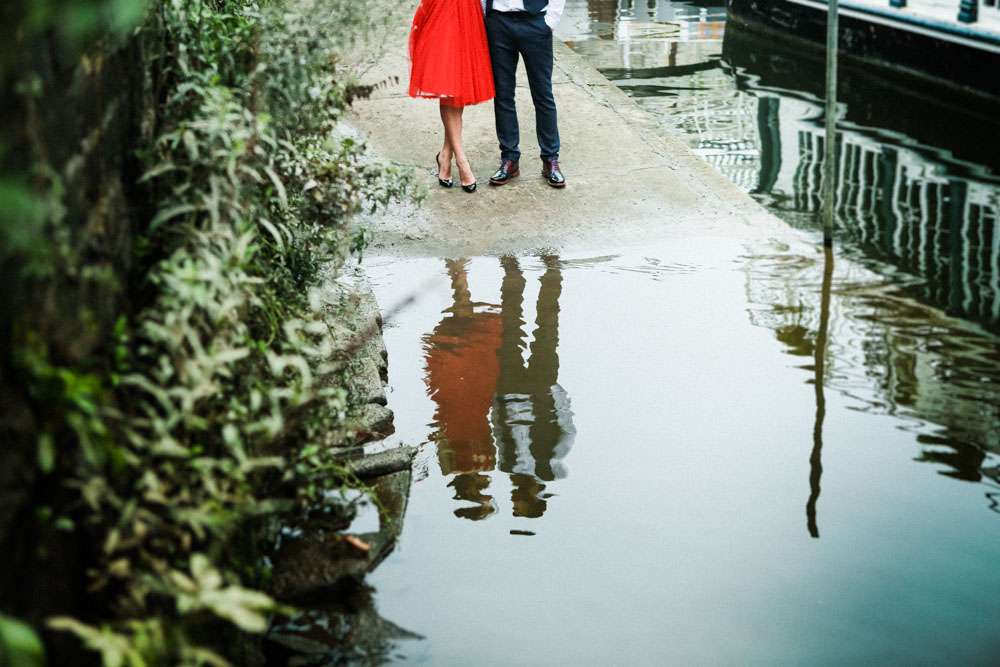 “I would tell all future brides and grooms to make their wedding for themselves”, she concluded “and if you can keep it small. We just had a couple of witnesses for the ceremony and it meant that our day was intimate, sweet and all about us and our love!” 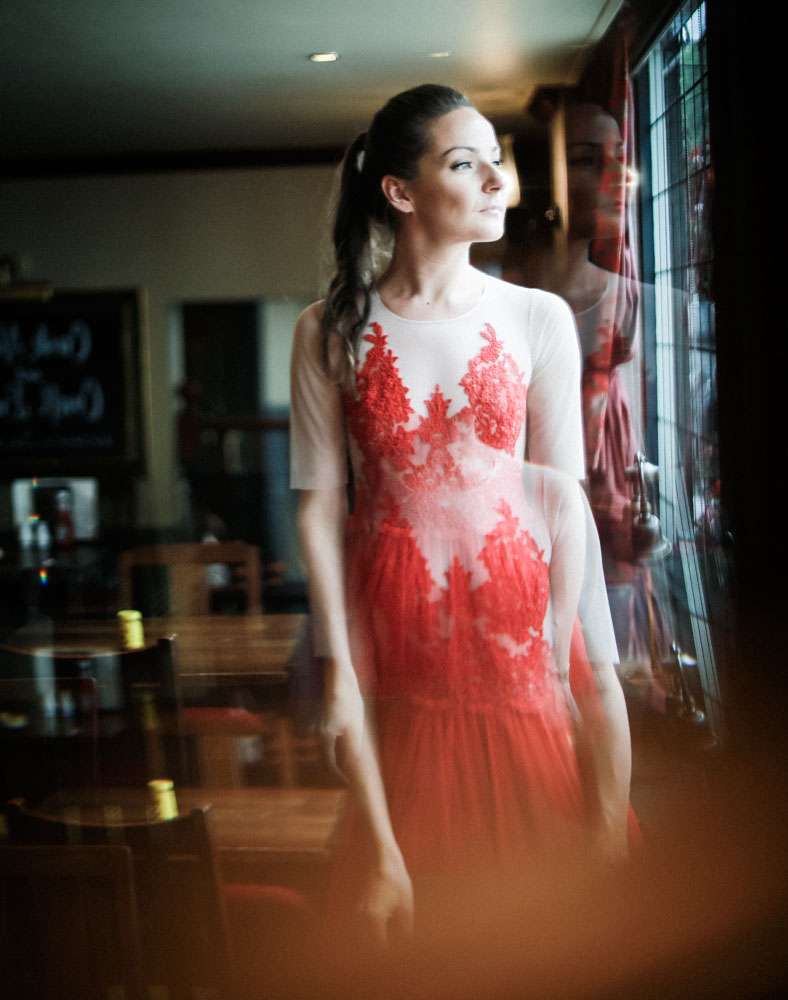 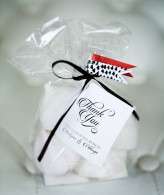 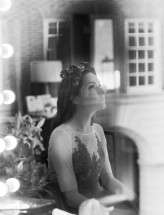 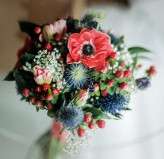 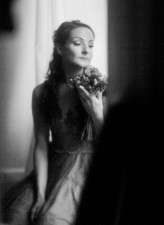 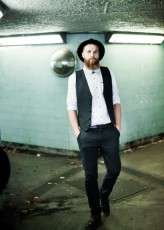 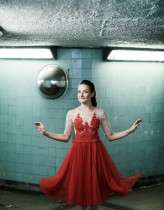 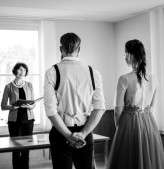 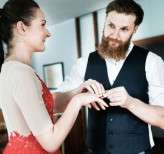 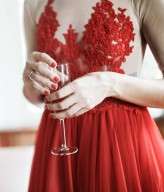 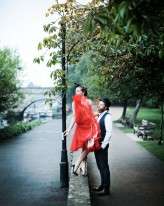 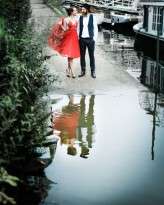 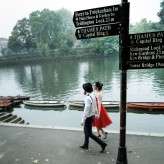 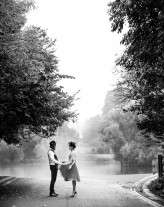 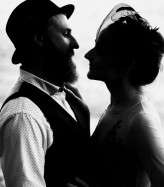 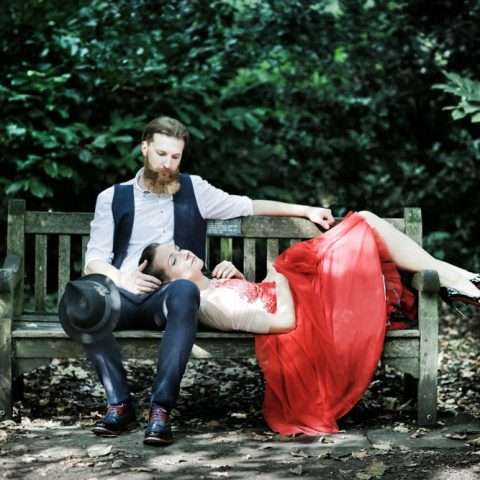 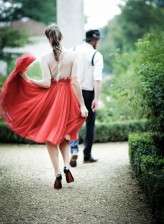 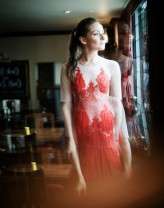 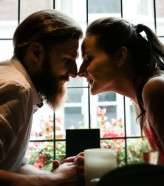 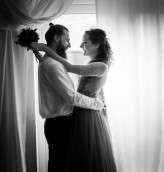 It's a pretty good indication that a wedding is 100% awesome when I sneak peek a shot of it on my facebook page and it gets nearly 400 likes! That's exactly what happened with Jolyon & Kate's wedding and I'm pretty sure it was down to one thing... Kate's epic wedding dress! In fact the wedding itself was quite low key. The couple were married in London with just immediate family around them but that didn't stop this bride going all out with her bridal style! She actually designed the dress herself with the help of a dress maker friend who helped bring her ideas to life.

Green and Leafy Yet Urban Wedding

Libby and Matt were married at The Chainstore at Trinity Buoy Wharf. The inspiration for the wedding was the bride's emerald engagement ring, which was originally Matt's grandmothers. The also bride wore a bespoke green silk dress by Wendy Benstead.

Trinity Buoy Wharf has one of the best views in London which suited Rebecca and Dave's red, white and blue themed wedding to a tee. The couple didn't want the day to be too 'matchy-matchy', but they did was cohesive elements to run throughout. The bride wore a stunning red Pronovias dress (from their evening gown range, so less than a quarter of the price of their wedding gowns!), the bridesmaid wore white and Dave and his groomsmen were in blue suits.

Colourful, North London Wedding with All the DIY

Aiming for their August wedding to feel like 'the best night out in a pub EVER!' Ali and Jed's colour scheme was inspired by her custom dress by The Couture Company.

After meeting at a student club night in university, the theme for Dawn and Chris' October wedding had to be their ideal party! Dawn told us, "once we found the band and the dress, the day grew from there!"