I’ll admit, when I first laid eyes on Eve and Devin’s warehouse wedding I was convinced it must be a styled photo shoot. I mean, couples as cool as these pair don’t actually exist in real life do they?! Turns out they do and they get married in historic warehouses in Buffalo, New York! 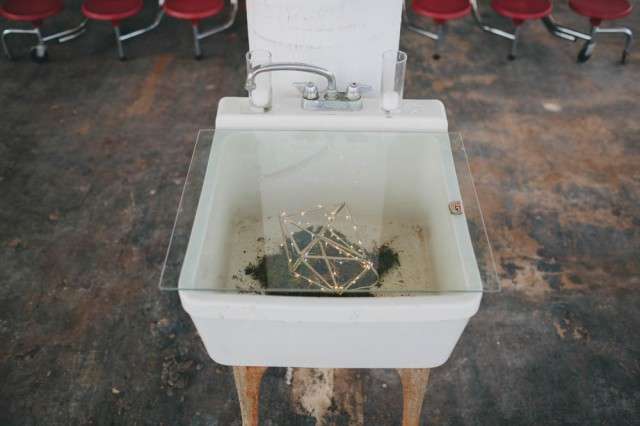 The couple hired Costamagna Design to bring their vision to life. They used a lot of greenery, garlands and moss mixed with paper flowers and geometric shapes. “The vision for the wedding was an old abandoned building where nature had started creeping in and claiming the space”, wrote the bride. “It just so happens we own an old concrete building and we could bring that concept to life!” 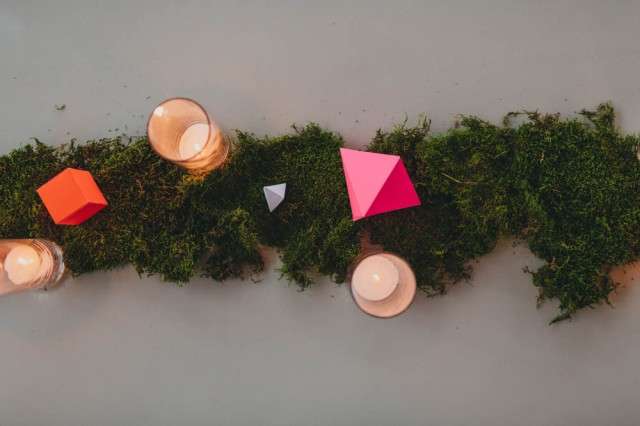 “I think our wedding, which we called The Arrangement, was unique because of it’s location but also different because of the collection of random elements laid out in the space (that represent our quirky ways). These created great photo opportunities, excuses for people to mingle and kept people on their toes as they progressed through the building.” 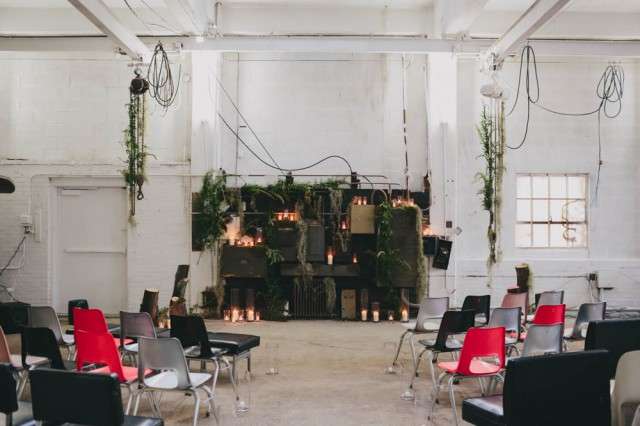 The bride wore a vintage black velvet dress from Ralph Lauren with leather fingerless gloves and white Dr Marten boots. “To some people, the fact that I wore black velvet and fur, Dr Martens and clutched a paper bouquet might have made our wedding a little different too, but you know, I think that’s just normal.” 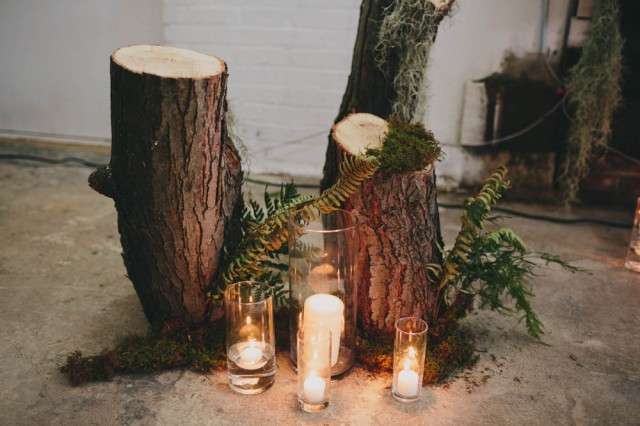 The pair also wanted to get married quite quickly after they decided to do it. “We decided to get married, got our marriage license a couple days later, told our parents, decided on a date 6 weeks later and got our empty warehouse building ready and functional in the following weeks. I frantically scoured Etsy for dresses, shoes and accessories, and flew my sister in from Australia. We had the officiant read a Milli Vanilli song during the ceremony, kissed, ate, drank and partied with a giant snowman. Who said last minute projects weren’t fun?!” 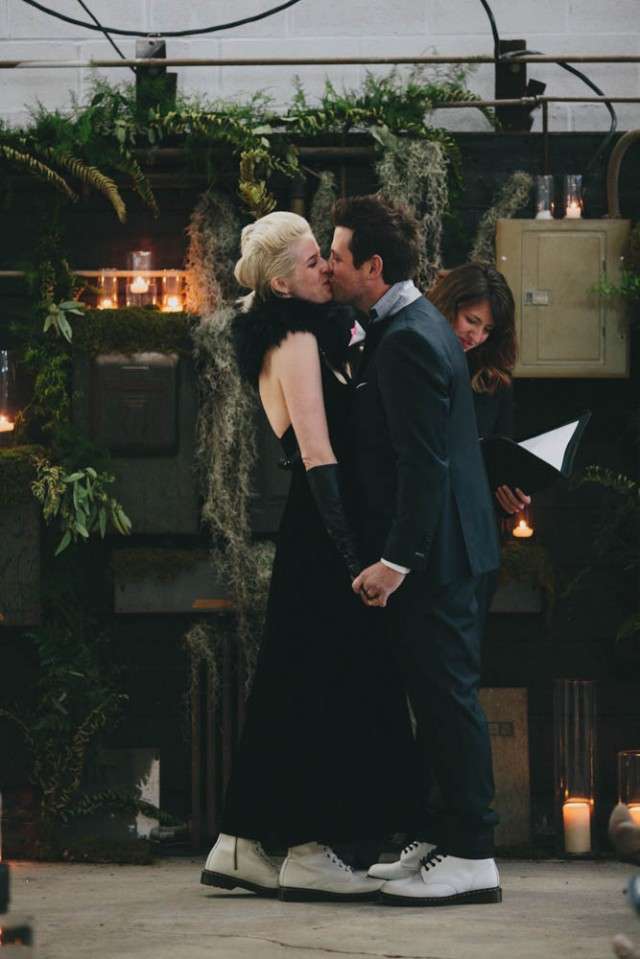 “The ceremony was actually my favourite part though, even though I wasn’t sure what to expect. A gathering of our closest people to celebrate love, in an old derelict building… what else could we ask for? It was pretty great.” 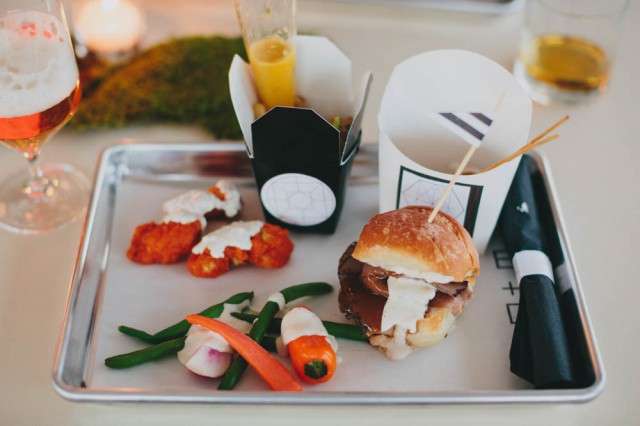 “I would suggest to other couples to not spend too much time stressing about the wedding”, Eve concluded. “If you think about something too much you’re more likely to be disappointed. Plus, last minute ideas are sometimes just as great, if not better than overly thought out ones. But that’s just me.” 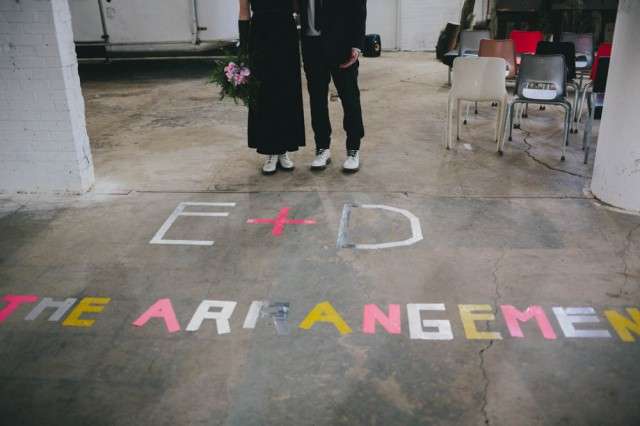 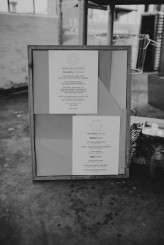 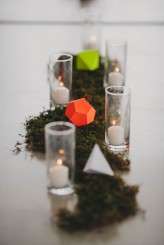 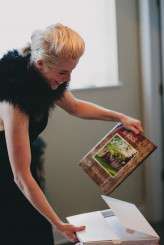 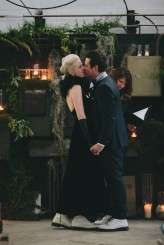