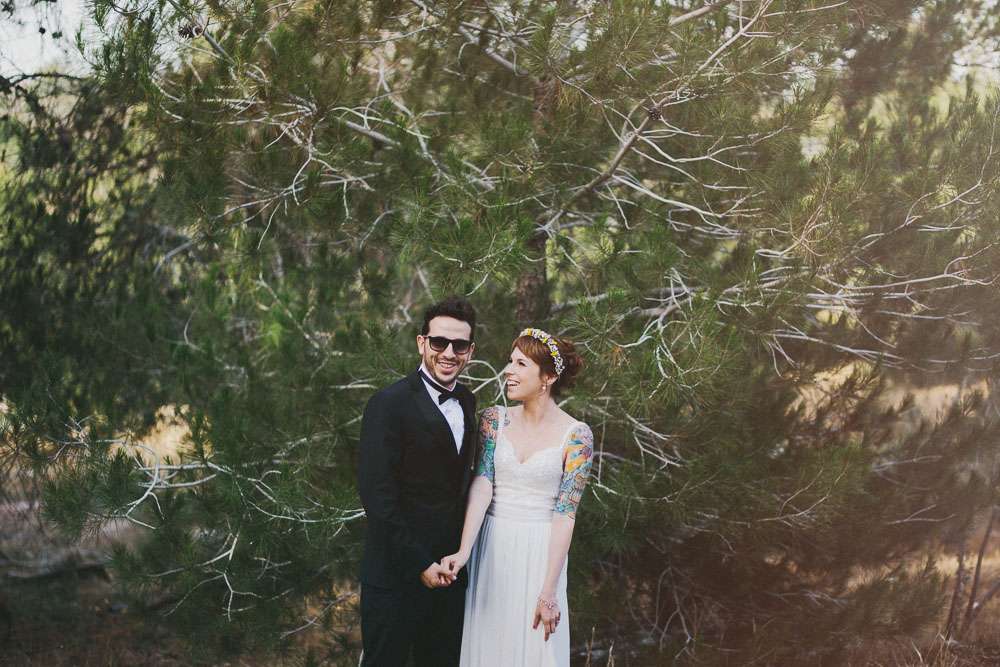 Michaela and Aviad were wed in the Ben Shemen forest, Israel. They wanted a relaxed wedding, just like they are in their every day lives! “We met while working together at the same bar”, began the bride. Nothing happened between us for a long time until we were both invited to a friend’s wedding. Maybe it was the magic air of a Jewish wedding, but I started to see something between us. Before we knew it we were on a date in a Greek restaurant in Jaffa!” 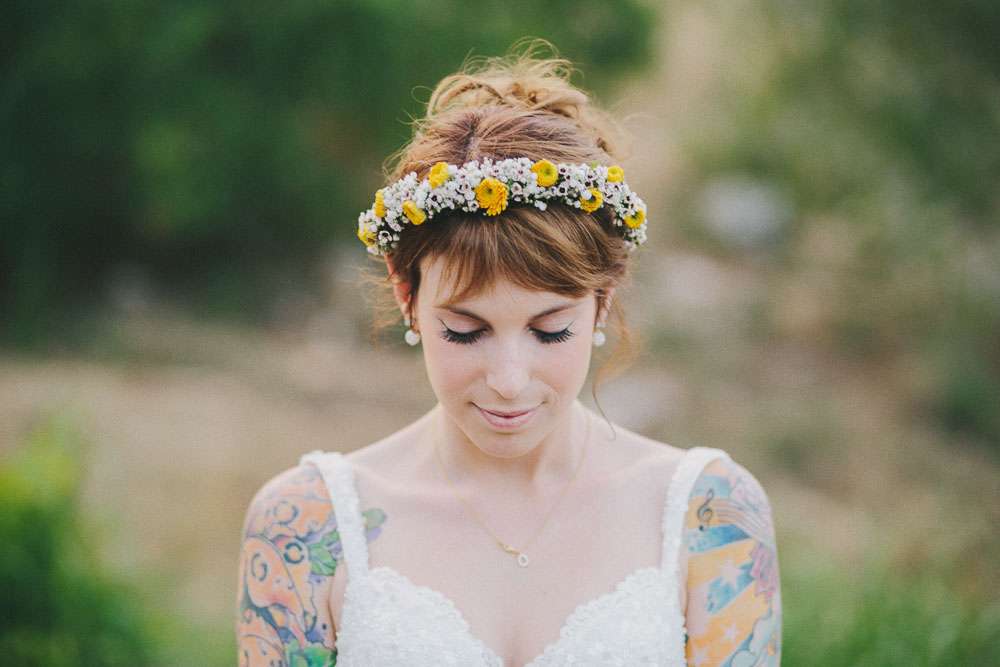 “The wedding atmosphere was of course MAGICAL”, she continued, “I bet everyone says that, but everything really worked for us that day. The sunset between the trees, the dust on our shoes, the wind in our hair. It was perfect.”

“We wanted our wedding to feel really natural, like a school trip to the forest. We just wanted to hang around and having fun, with no stress.” 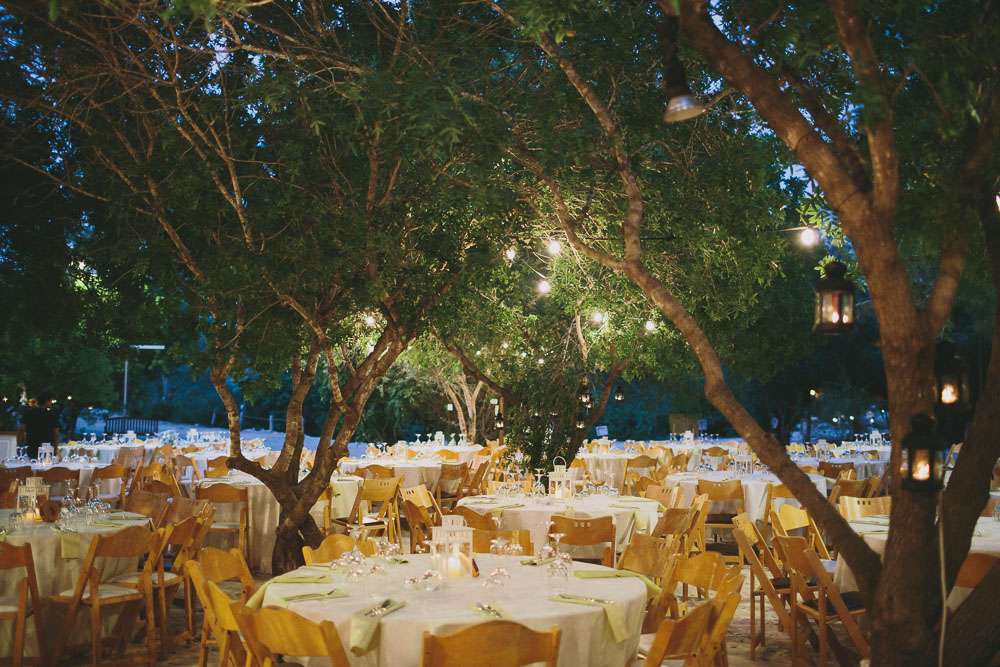 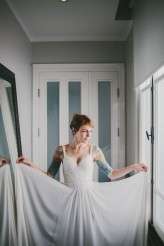 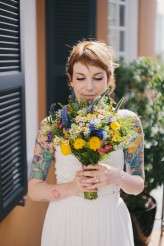 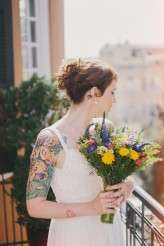 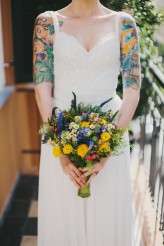 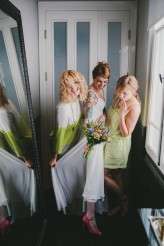 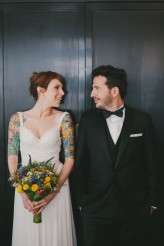 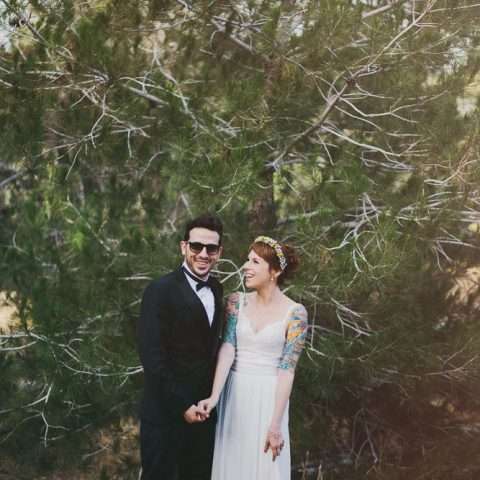 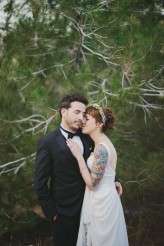 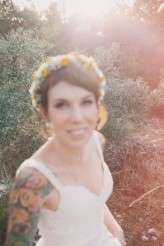 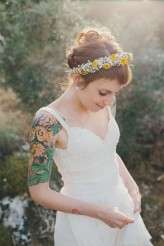 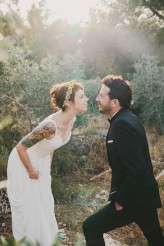 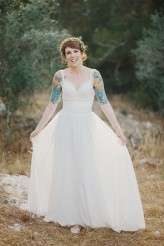 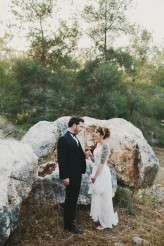 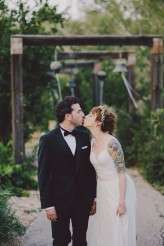 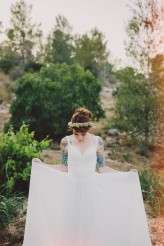 Mor and Amnon were married at a nature reserve between Jerusalem and Tel Aviv. The location helped to set their theme of 'concrete and nature'. "We didn't want to decorate the place too much because the forest around is was everything," began Mor. "We wanted people to come and enjoy nature, but to have the concrete floor too dance on too!"

Patrick and Jessica were married June 29th with a budget of under $5000. They planned everything themselves and the bride's uncle conducted the ceremony.

Natural and Effortless Wedding in the Woods

Tara and Aaron had a woodland wedding in Canada. They wanted their day to feel natural, organic and to be as enjoyable for their guests as possible. "The theme for the day was really brought to life when I chose my wedding dress", Tara said. "It was dip-dyed so that it had a very subtle purple ombre. That was the moment that our colour palette was chosen. We used lavender, grey, white and green. We wanted everything to look very natural since we were in the woods."