Although a worry for a lot of brides and grooms, rain on your wedding day isn’t the worst thing that can happen. Although you might be a bit damp (and hey, if you’re in the UK you’re probably quite used to being in a permanent state of saturation) I promise you your wedding will still be wonderful – even if the whole thing is outdoors! Yes, Aaron and Vicky planned for their entire summer wedding to take place on Willow Farm, Vicky’s family home. 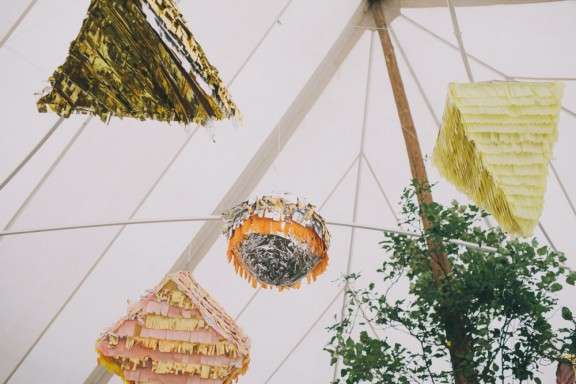 “There was a month’s worth of rain on our wedding day”, began the bride. “We have been told this means good luck and that we will be rich in the future. I do hope that is true but on the day it meant we had lots of umbrellas and wellies. We did manage to have the actual ceremony outside despite the weather. And we have plenty of cocktails to keep everyone’s spirits high!” 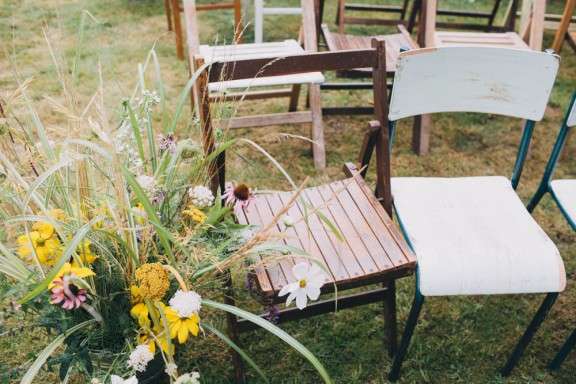 “We called it our wedding ‘wedfest’ on the invite”, she continued. “We had camping for our friends so they could dance all night and flop in a tent. We stayed in a yurt in the field, it was brilliant. Aunts, friends and mums grew all the flowers for the wedding and my good friend arranged them all so it was very a group effort. Having friends come and help beforehand meant everyone felt part of it – lots of people stayed on for the following days as well. It turned into a bit of a four day event as there was lots of food and drink left over.” 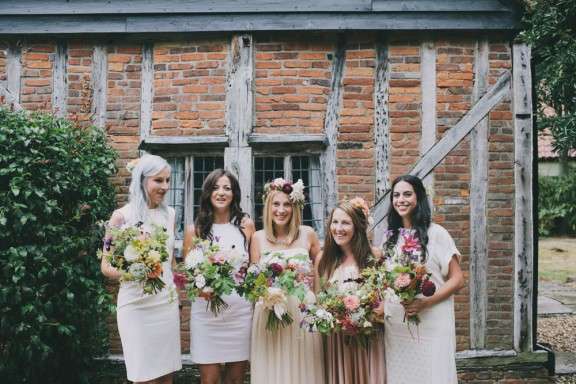 “Certain elements were really important to be good such as food, drink and music. Other than that we tried to be very relaxed about it for example no table plans, order of ceremony, no top table or favours etc. It sounds like small things but meant we could concentrate on what was important for us. Basically food was definitely where the majority of our budget went but it was so worth every penny.” 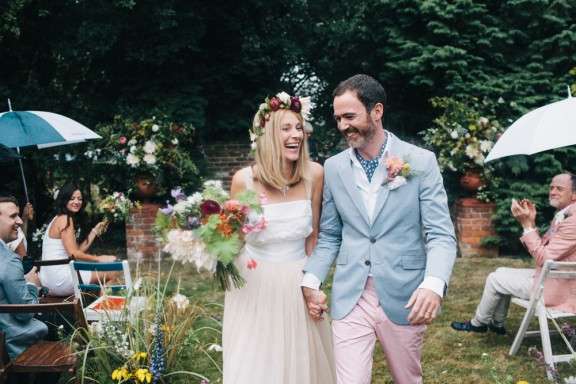 “The other extravagance might also be the chairs – they were all different mix-match hotch-potch style and it’s hard to source that in deepest darkest Essex so we paid to have them delivered from Staffordshire. However as it was the same chairs for the ceremony and the reception (guests had to pick their chairs up from the garden and carry them into the marquee) it seemed to be justified.” 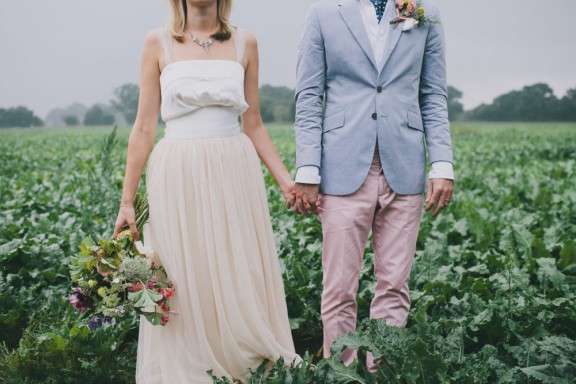 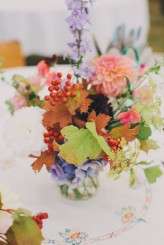 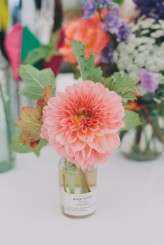 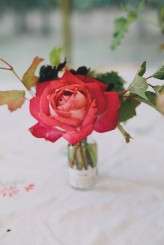 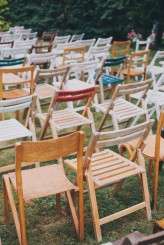 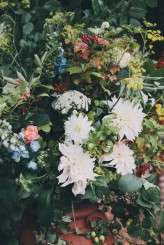 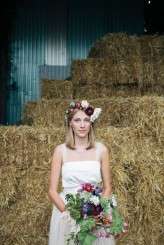 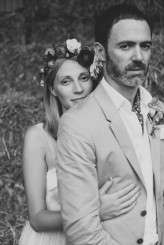 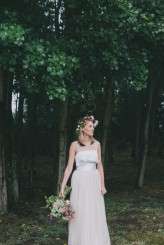 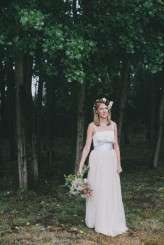 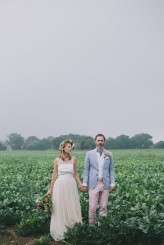 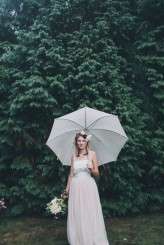