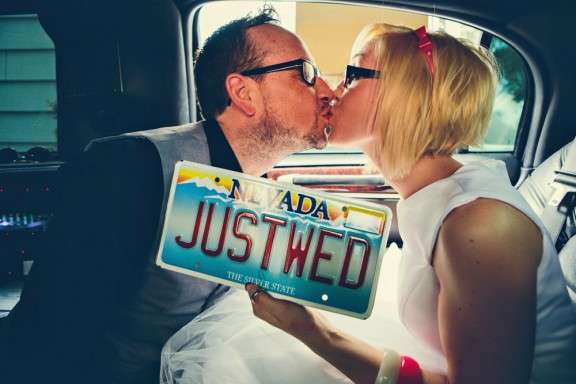 Mike and Manda got engaged in Vegas, so it was only natural that they go back to actually get married too. They wanted a fun and laid back day with no stress at all. They kept things pretty simple and just had fun with it!

“Because we had been to Vegas previously we knew how crazy, carefree and fun it was”, Manda explained. “We wanted the same ideologies for our wedding so this was the perfect place for us to tie the knot. The whole day exceeded our expectations. We had time to reflect later on in the evening, whilst sitting back in our hotel room looking over the dancing neons on the strip drinking vodka. I think we suddenly realised we had just got married in Vegas – that was quite a defining moment. It was such a significant, romantic and awesome feeling in which everything just connected.” 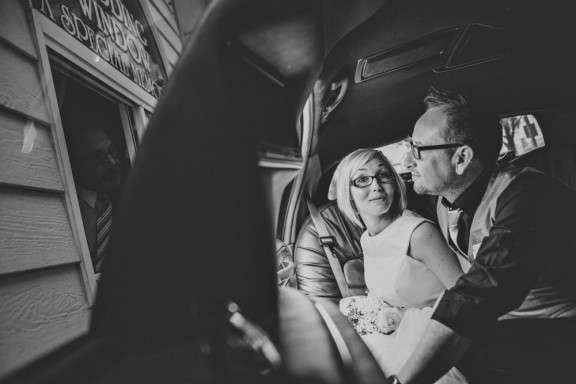 The ceremony was at a drive thru chapel, The Special Memory Chapel, I mean what could be more quintessentially Las Vegas than that?! “We are both non-religious so a church was out of the question (in any country) and we both wanted something fun and non-stressful”, she continued. “I found the drive thru on the internet and the deal was sealed. We both loved the idea as it was a little quirky and different to the norm. It was quick, simple, fun and everything we wanted – we even got a novelty ‘Just Wed’ license plate!” 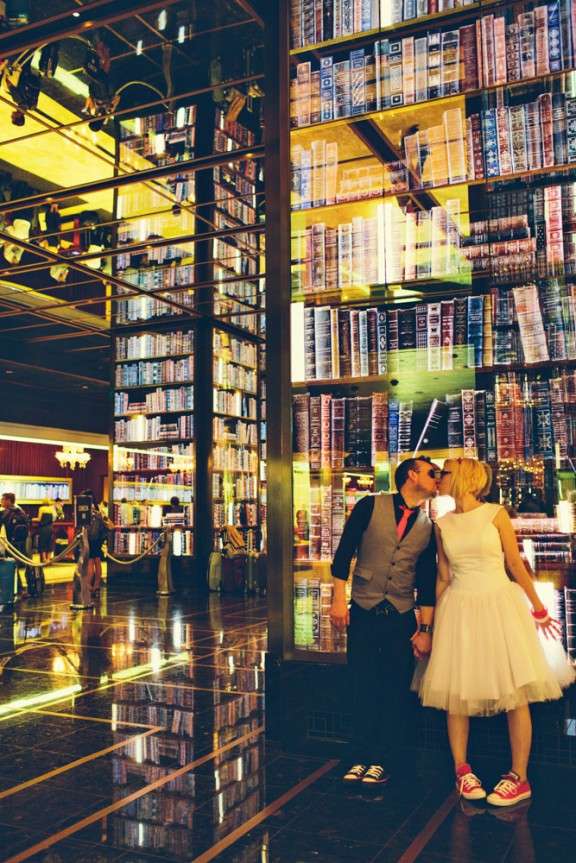 “Inevitably because we were getting wed in Vegas the day had to be casino themed so we had lots of black, red and white. The idea was Queen of Hearts and the Ace of Spades and was carried out on the invites and in after party. Mike designed the invitations based off a playing card but with a very graphic and contemporary concept in mind. We chose pink, black and white for our outfits. Mike never seems to think red suits him therefore we opted for pink. Real men can wear pink he says!”

“We had a party of six with us and we all wore Converse trainers which were custom made to coordinate with our outfits. One of the chosen locations for our photos was the Cosmopolitan underground car park – famous for it’s graffiti pieces which was a must. We definitely ain’t no traditionalists and creating a DIY wedding was pretty cool and punk rock!” 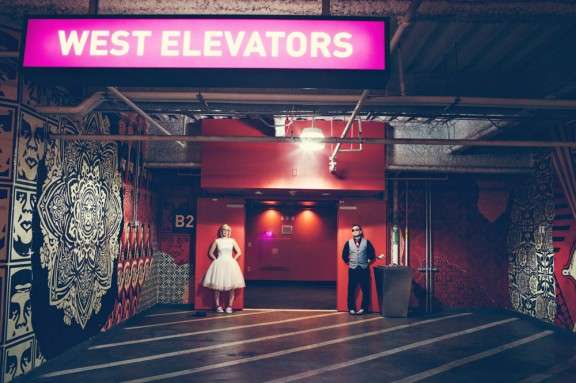 “Our favourite thing about the wedding was just how laid back and non stressful it was, and that it was nowhere near the cost of a traditional wedding! We were in charge of the whole thing. Everything went according to plan despite everything being organised in the UK. Cruising down the Las Vegas strip in a white stretched limo was pretty awesome and having photos at all the famous Vegas spots was amazing. We brought our photographers with us from the UK. Jade and Nicky from GASP Photography rocked! Of course we had to do some gambling too and the roulette tables were great fun. The only thing we would have done differently is maybe practiced Poker and Black Jack before we went!” 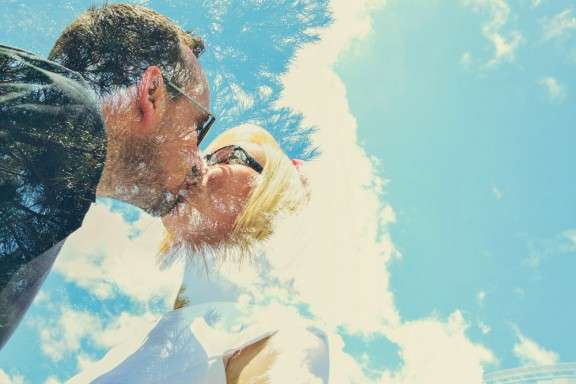 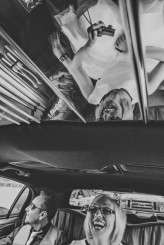 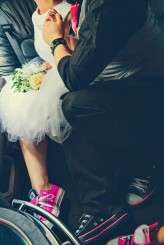 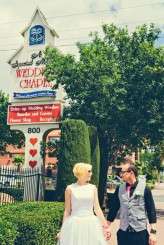 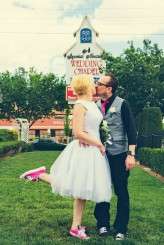 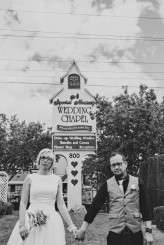 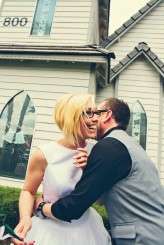 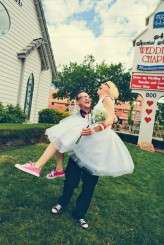 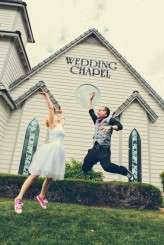 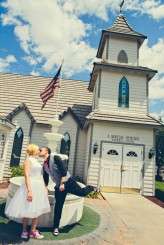 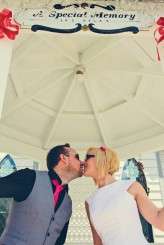 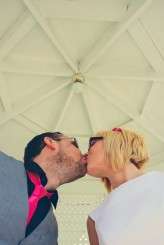 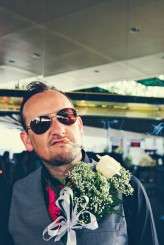 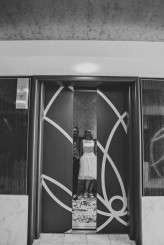 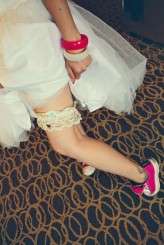 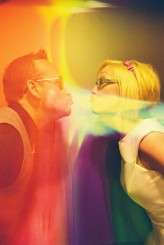 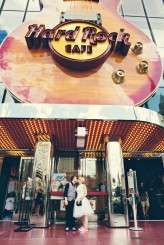 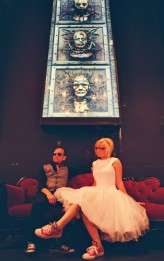