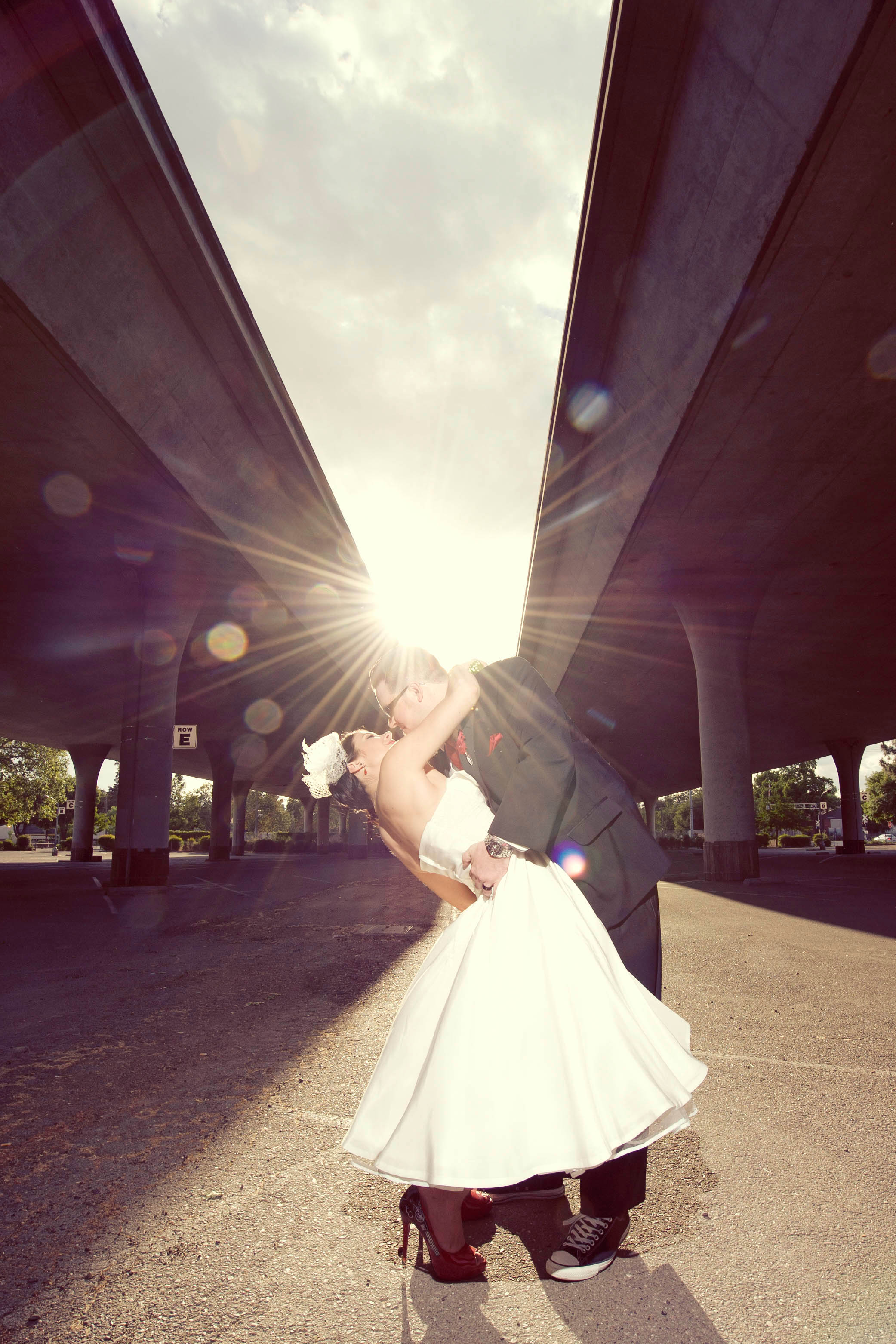 Happy Monday everyone! I thought I’d start this week with a bang, some much needed sunshine and the gorgeous May wedding of Theron & Erin. The couple were married at Vizcaya Pavilion and Mansion in Sacremento and had a red & black themed celebration.

“Our advice to future brides & grooms would be to stay organized and delegate tasks in order to stay sane”, Erin told me. “Don’t change anything in order to make other people happy… stay true to who you are and what you like. We knew that people were going to want to rock out and mingle, so we didn’t force anyone to a sit down dinner… it was all about the open bar and heavy hors d’oeuvres!” 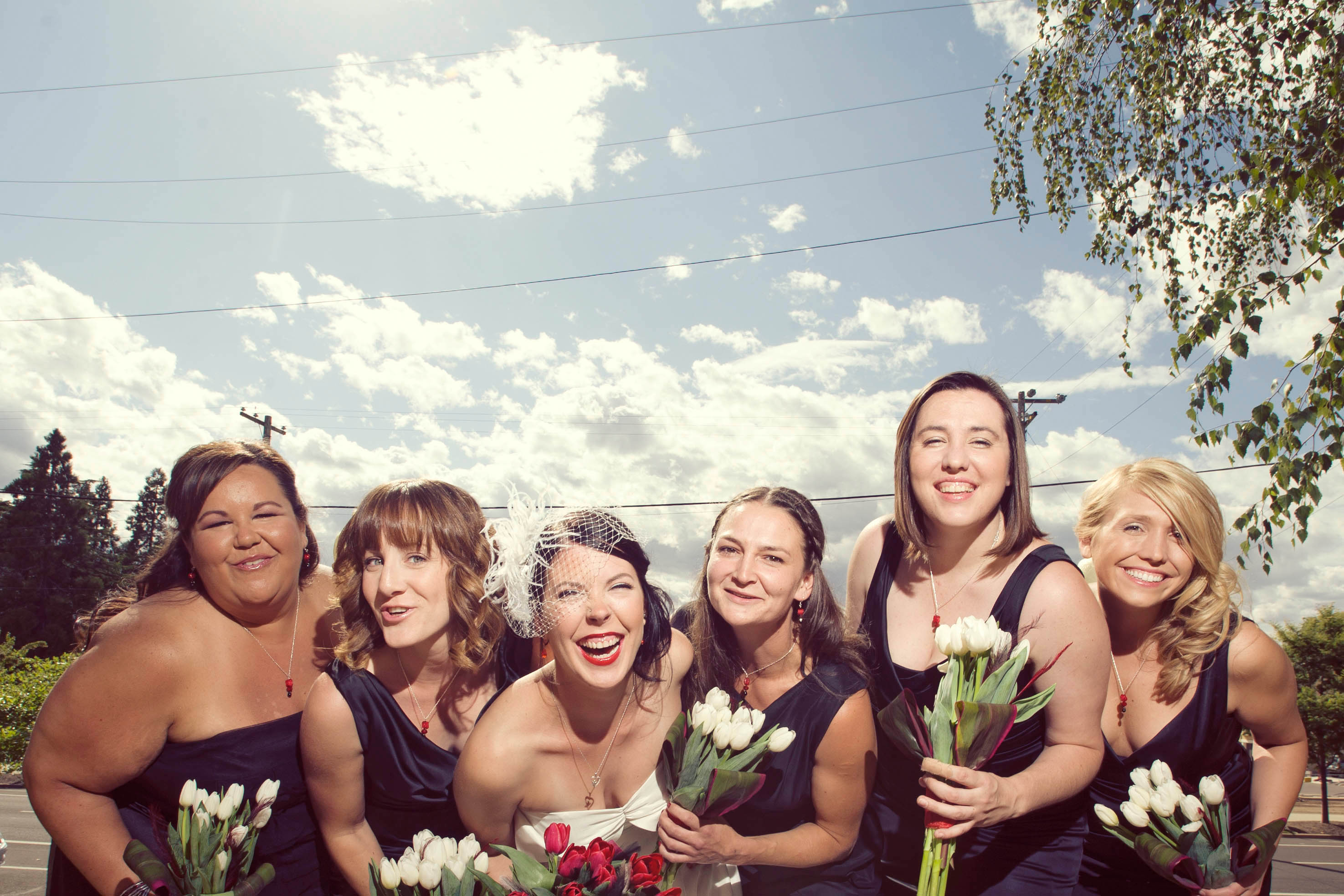 The couple strived for an out & out Rock n Roll vibe with music, shot glass cake toppers and a hilarious but super personal ceremony being some favourite details. “My husband thought it would be badass to have one of our groomsmen, a talented guitarist, play the Top Gun Anthem as our exit song… He did and it was awesome. I couldn’t have been happier with how it turned out! In addition, our cake toppers were little shot glasses with a little glass bride and groom at the bottom. One of the best parts was one of our groomsmen becoming ordained, just so he could marry us. He did a very loose and casual ceremony, fully equipped with a Rick Roll in the middle. Hence the reason I’m laughing through a majority of it. I knew, he knew, part of the wedding party knew, but the other 180+ people didn’t. It was hilarious. I guess you could say our inspiration was simply ‘fun’. We didn’t want anything traditional – the exact opposite, really.” 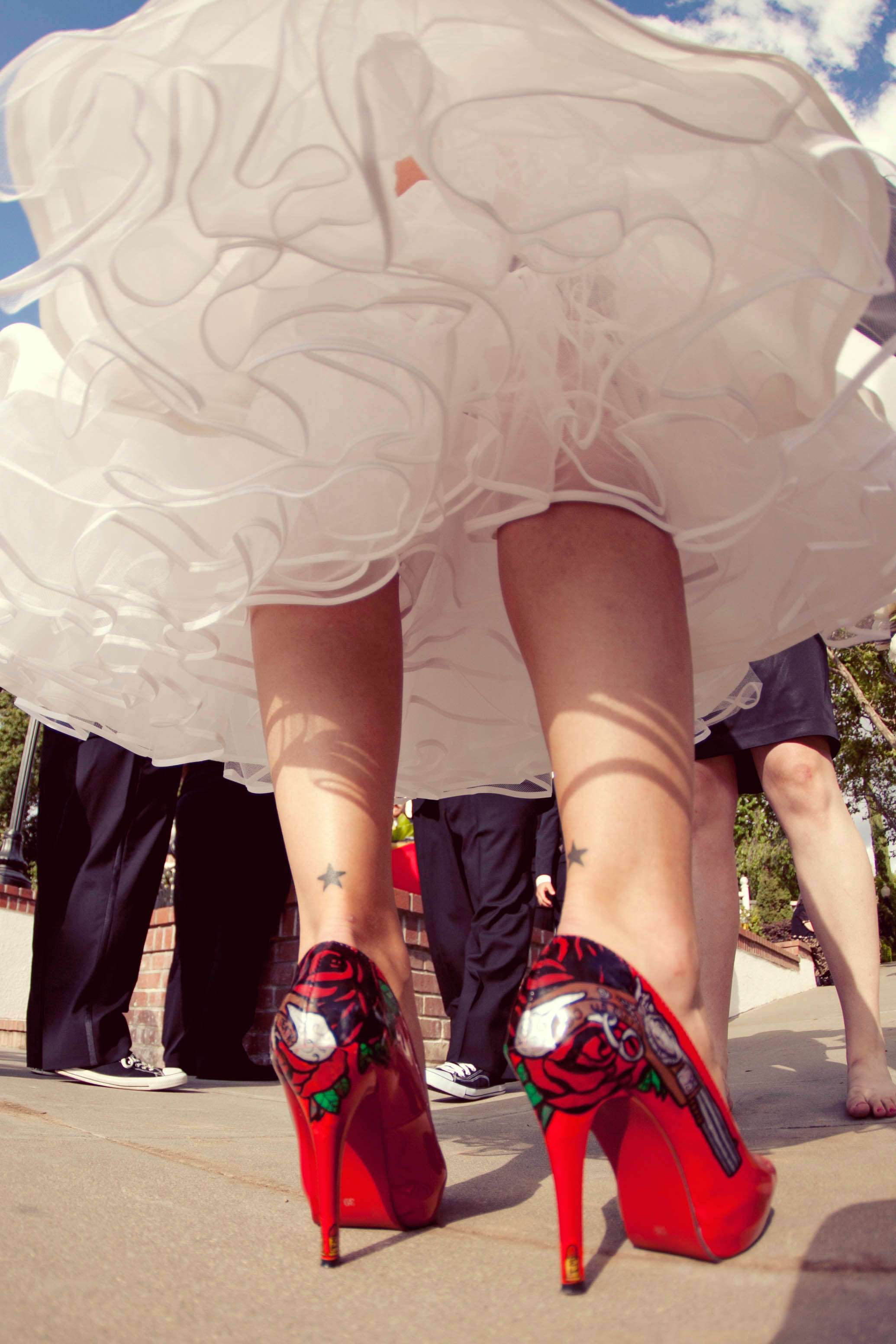 The bride wore a short dress from Whirling Turban with amazing custom painted shoes by Yellow Brick Road Shoes on etsy. “Every bride deserves the best day ever”, Erin concluded, “just don’t forget to take it all in. I know it’s cliché, but it really does FLY by, so enjoy it to the fullest! And don’t be afraid to be crazy when planning… non-traditional is the new black!” 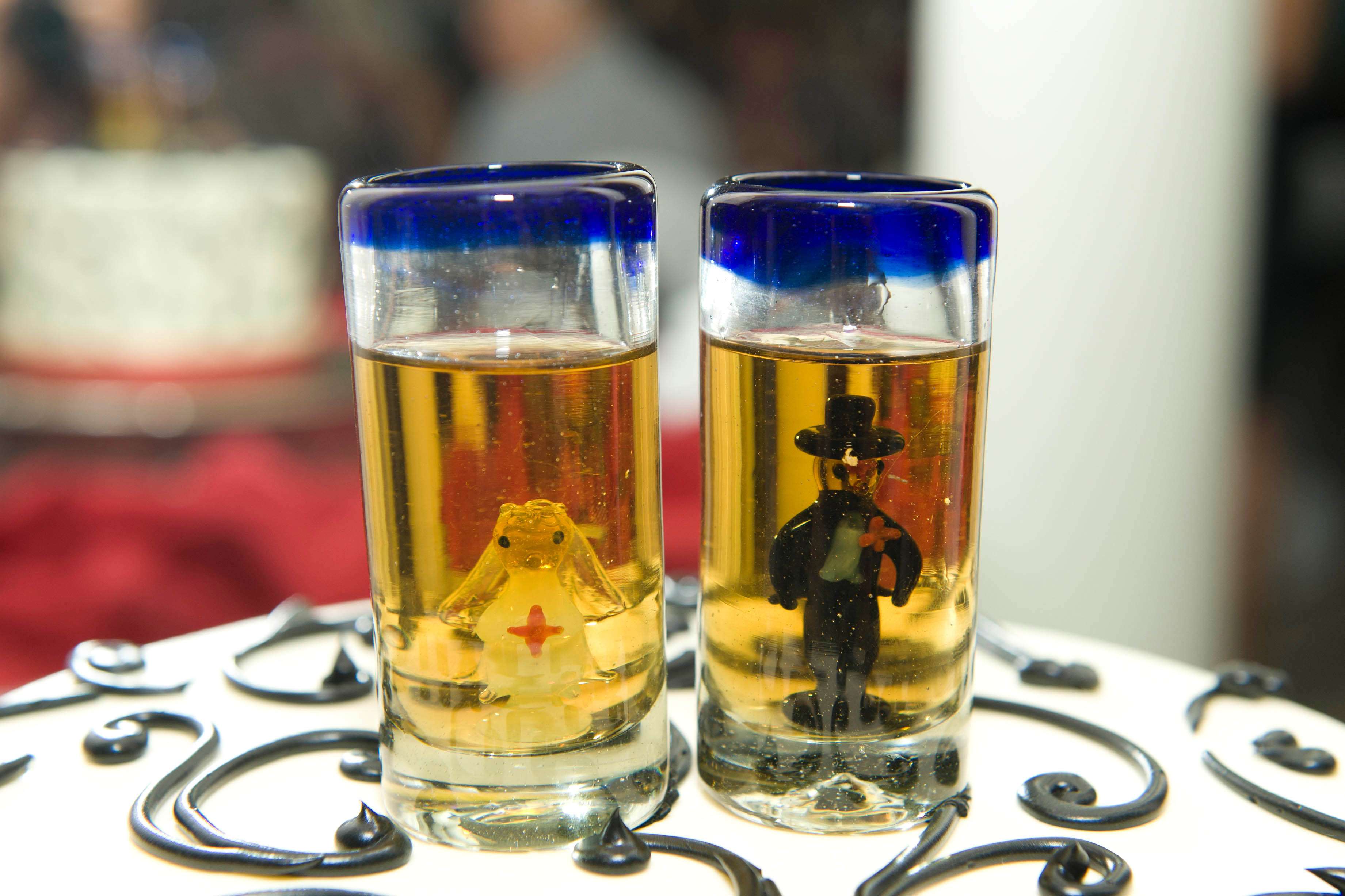 Awesome. Thank you to Theron, Erin and their photographer Beth of True Love Photo for sharing today. 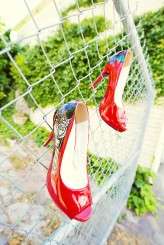 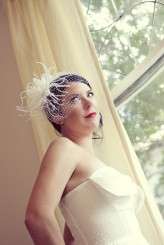 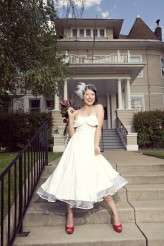 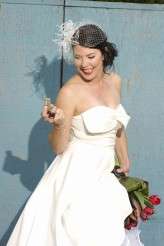 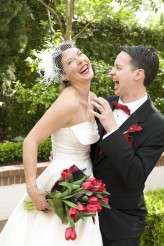 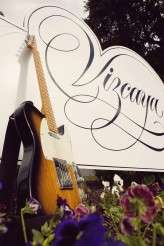 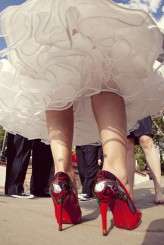 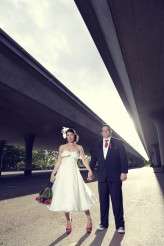 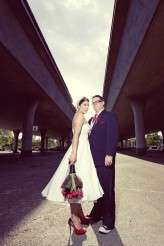 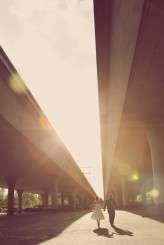 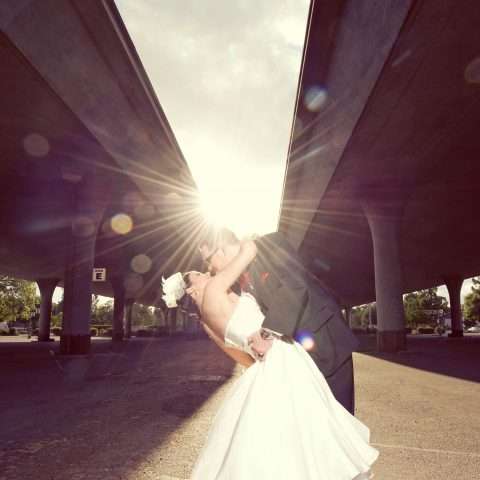 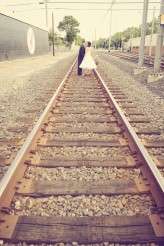 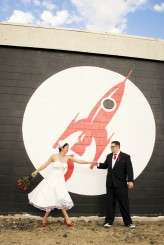 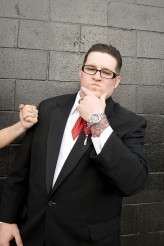 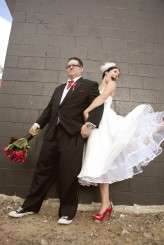 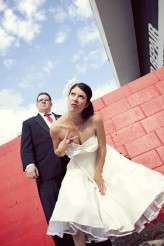 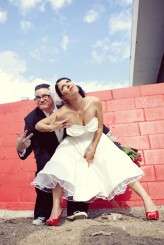 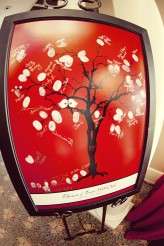 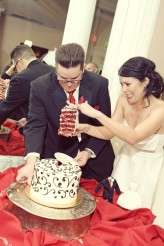 Not wanting a super formal, traditional Italian wedding, Licia and Matteo decided that they wanted their day to be low key and fun. They also didn't want to spent a lot of money so the bride bought her amazing dress from the Concious range at H&M and most of their décor items came from Etsy.