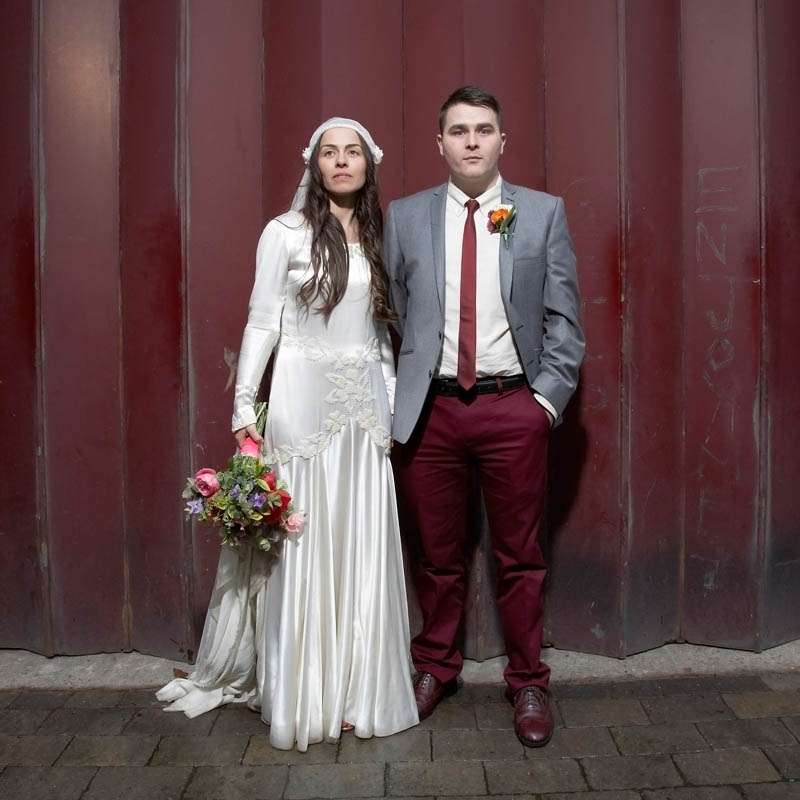 Aimee & Lee were married in April at the Hackney Council Chambers. The wedding had an effortlessly cool, East London vibe with vintage elements throughout. “We both really love Hackney and wanted to get married in the borough as we brought our first home here and its where we first met”, the bride told me. “We picked the council chamber because of its art deco features and also it is a circular room so it felt really intimate and we loved the idea of being surrounded in a circle by all our family and friends.” 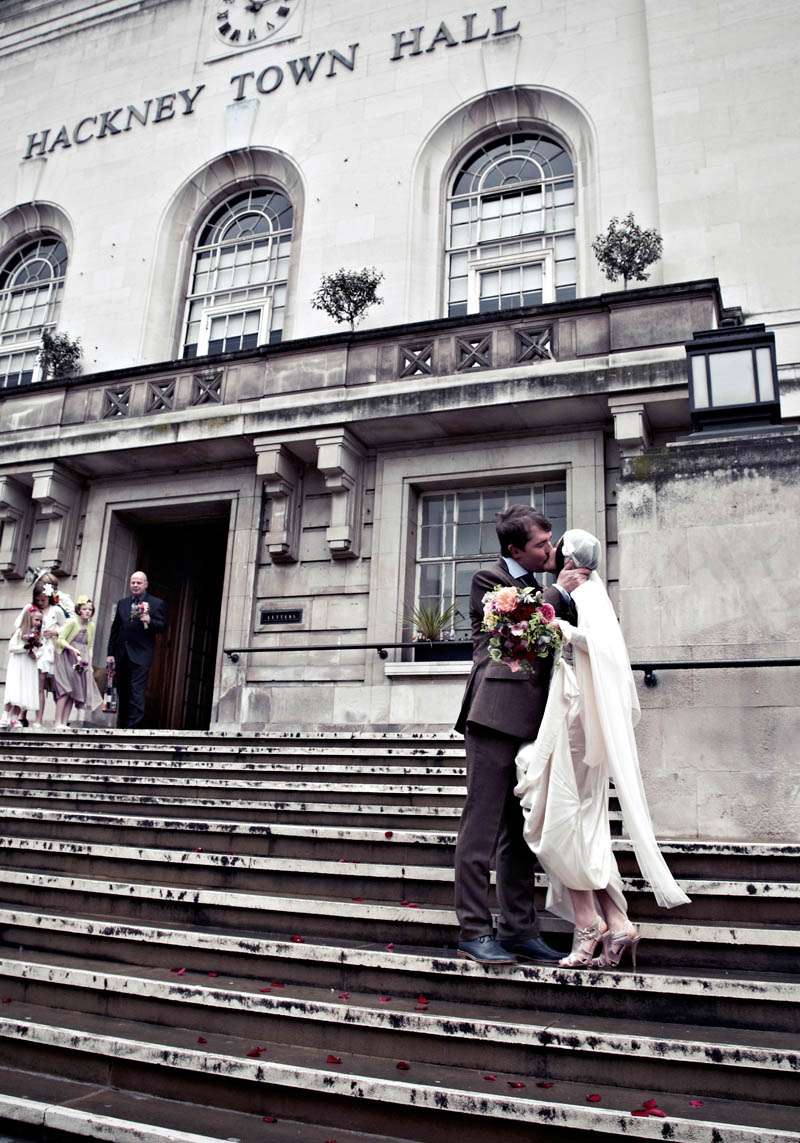 The Peasant Pub in Clerkenwell proved to be the perfect reception venue for this laid back couple. They were able to hire the entire pub for a fraction of the cost of a traditional wedding venue, as well as really go to town putting their own stamp on the decor. “Myself and Lee wanted a relaxed wedding venue and somewhere where we felt at home, this happened to be a pub in Clerkenwell”, the bride continued. “It has some lovely original Victorian features in the pub and being a lover of anything old it was the perfect spot. I also had specfic ideas of how I wanted to decorate it and Nick the owner was open and let us decorate it how we felt. He was fantastic at planning and helped us with any queries, his staff where also incredibly helpful on the day.” 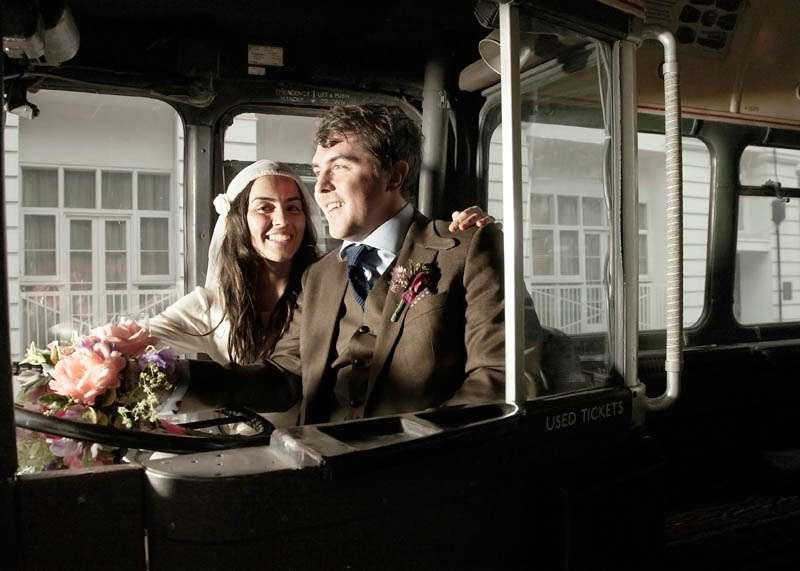 “We tried to do a lot of decoration at the pub ourselves so customised our own bunting with our initials entwined. Lee is a massive lover of Scrabble so everyone had a Scrabble name as there name place. I also brought loads of vintage table cloths on eBay to give the pub a vintage feel. Our favours where a tape we recorded together of one of our favourite songs, Johnny Cash – Jackson. I can’t sing so I’m hoping no one has actually played it.” 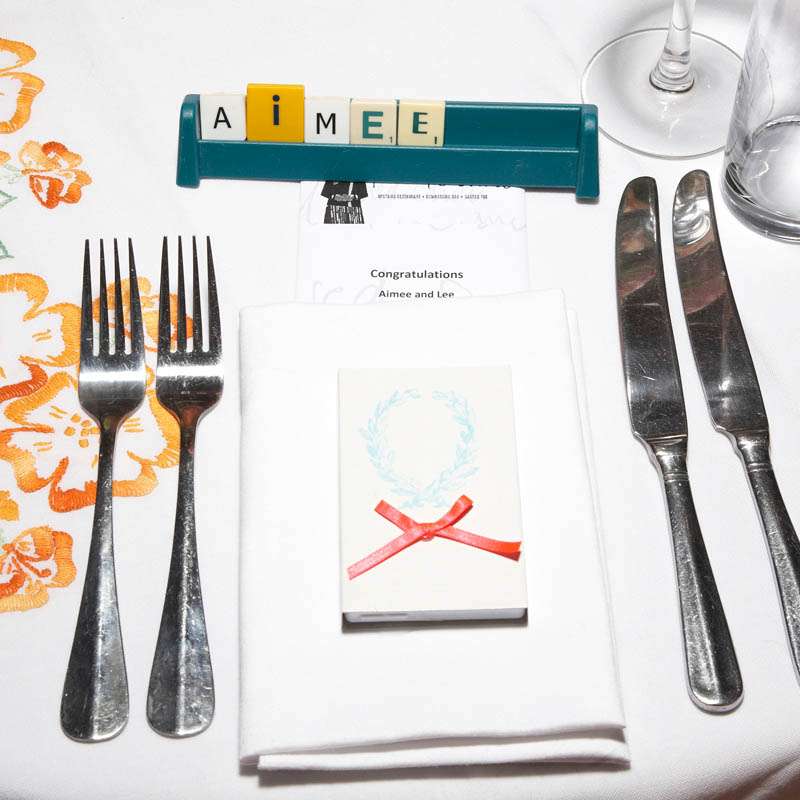 The bride wore a 1940s vintage wedding dress which she found in Hope and Harlequin, Brighton. “As a massive lover of anything old I always knew my dress would be vintage”, she explained. “I went to Hope and Harlequin in Brighton as its a relaxed atmosphere and you can browse through the rails of dresses from all eras. Louise the owner is a jem and encouraged me to try on all styles. I ended up choosing a 1940s dress with pearl embellishment, which they took in for me and ended up fitting me like a glove, it was perfect and reduced me to tears.”

With her perfect dress she added customised Kurt Geiger shoes and and a homemade 1920s inspired cap veil. “I love Kurt Geiger shoes and wanted something classic but with a modern twist, so I brought the shoes and a talented friend of mine customised the soles so they where neon pink. I made my veil myself and was influenced by the 1920/30s caplets. I found a old pearl necklace and brought some silk mesh from Berwick St in London. The floral brooches on the ear pieces where from Hammersmith vintage market.” 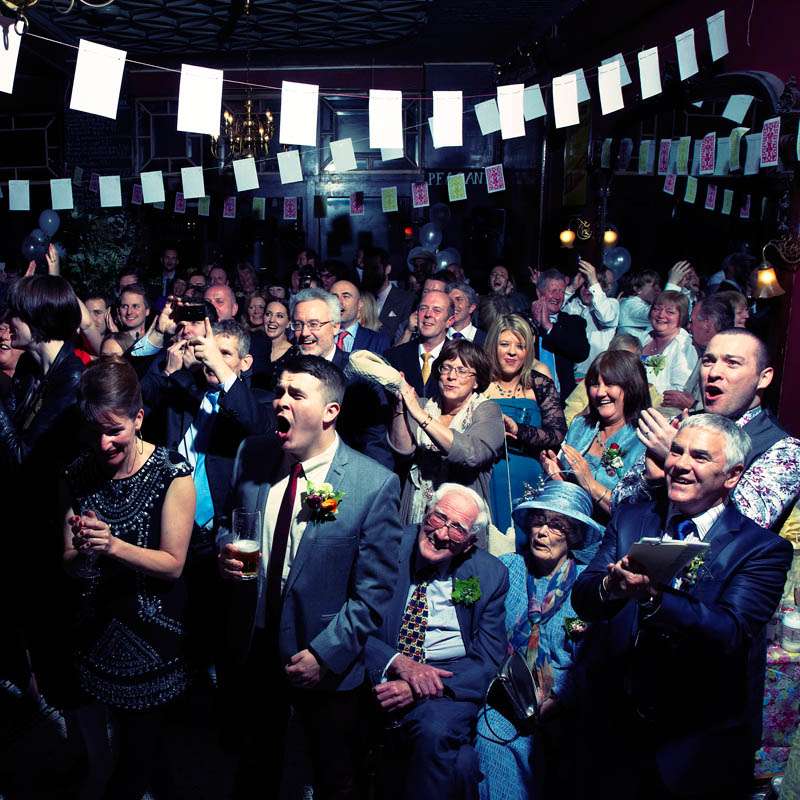 Gorgeous! Thank you to Aimee & Lee and their photographer Ian for sharing this today. 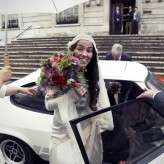 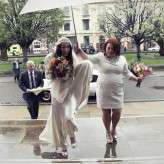 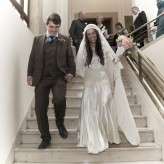 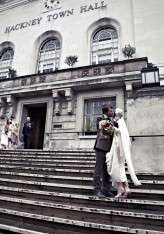 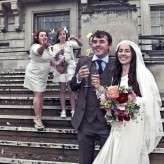 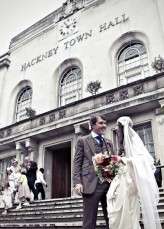 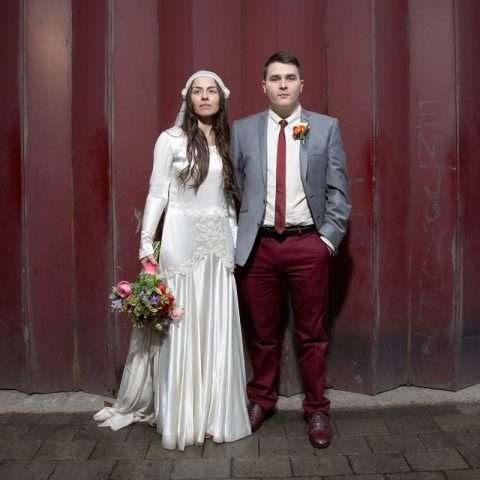 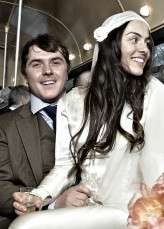 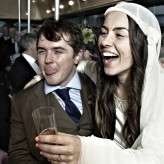 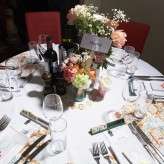 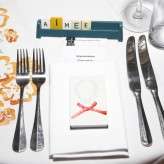 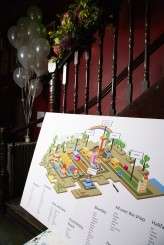 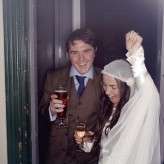 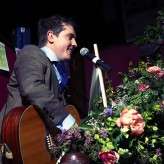 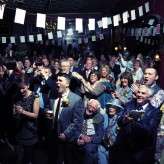 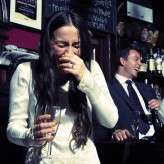