This simple and cute tutorial to make your own twine ball light garland is right up my street. Thank you to Michelle Kelly of Pocketful of Dreams for putting it together for us!

Over to you Michelle… 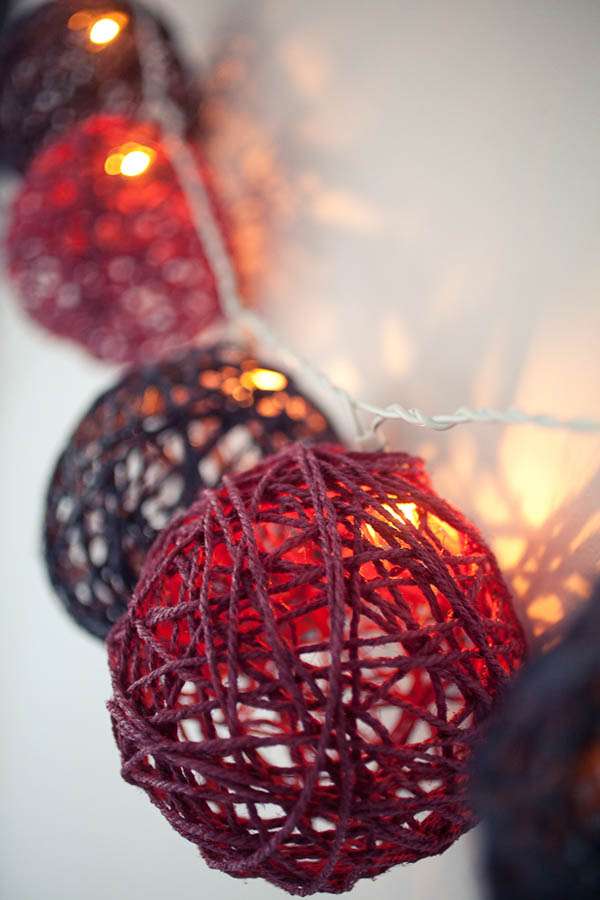 I’ve seen twine balls used for all sorts of purposes, from chandeliers to pretty table decor, so I thought I’d have a go at making a light garland using this idea. I wanted something that would create a really pretty lighting effect, but I also wanted the string to have quite a strong and vibrant colour.

So I chose to use coloured twine, alternating between pink and purple twine balls. But what I actually found was that the glue and cornflour mixture tended to make the colour look a little dulled and whitewashed, it still looked pretty and works really well if you have more of a muted colour-scheme, however this is not the look I was going for. So to create the vibrancy I wanted I sprayed my twine balls with spraypaint once they had dried, this gave them a really lovely sheen as well as the strong colour I wanted, so this is worth noting if you want strong as opposed to muted colours. And of course if you are spraying yours you can use any twine, you don’t need to go to the expense of sourcing pretty coloured ones. 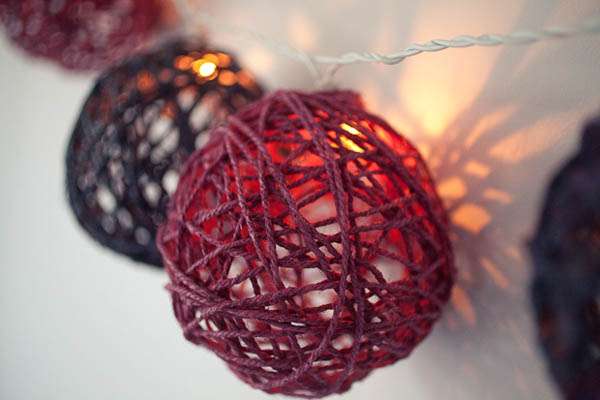 Step One: First of all blow-up the balloons, one for each twine-ball you want to make. Smear the balloons with a thin coating of vaseline (this will stop your twine from sticking to the balloons).

Step Two: Tie a piece of string to the ends of each balloon and then around an old piece of wood (I had mine balanced across the backs of two chairs in my backyard). Make sure you have something underneath, like plastic sheeting or bin bags to catch all the drips. 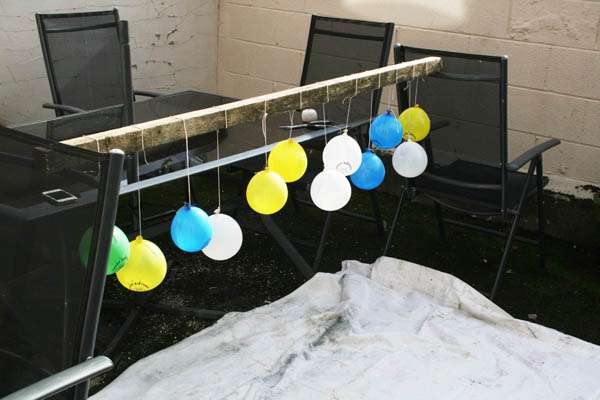 Step Three: Now make your glue mixture. Take the old tray (I used a disposable roasting tin so I could just throw it away afterwards) and mix up PVA glue, a few tablespoons of cornstarch and warm water. You want the mixture to be smooth, not too runny, and make sue there’s lots of it as twine is quite absorbent. 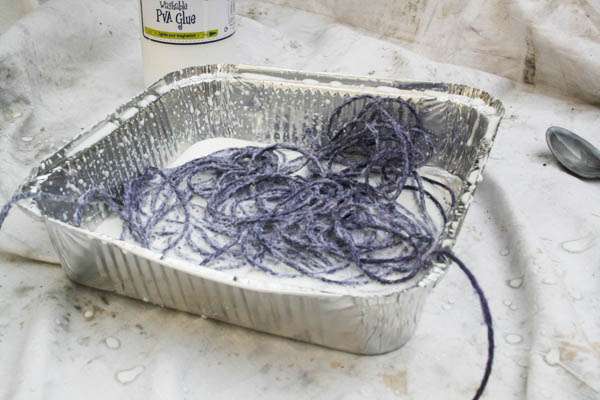 Step Four: This is the really messy part. Take the twine and dip it into the glue mixture, running it through so it is entirely soaked, then begin wrapping it around the balloon, both vertically and horizontally until you get the desired effect. I wanted mine to have quite a lot of twine so did this a few times. When you have finished snip off the end of the twine and tuck it underneath another piece so it doesn’t stick out. Do the same for all the balloons. 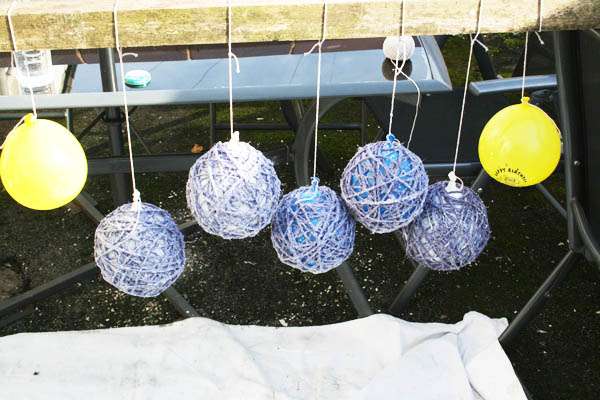 Step Five: Leave to dry overnight, you will find that your twine balls have now gone hard, if they haven’t then just leave them a little longer until they are fully set. All the balloons on mine began to pop as they dried, but if they haven’t give them a nudge and pop them then remove the balloons. 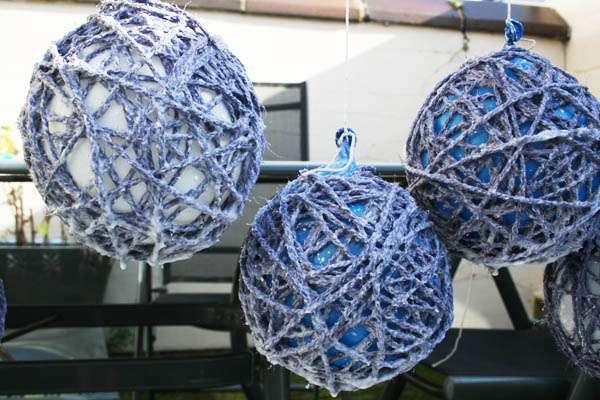 Step Six: You can now spraypaint the twine balls into your desired colours and attach to your string of fairy lights. I used fishing wire which is clear to attach mine. Hang with more fishing wire. 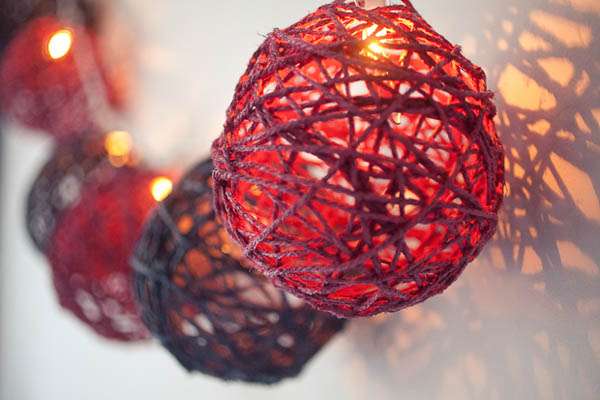