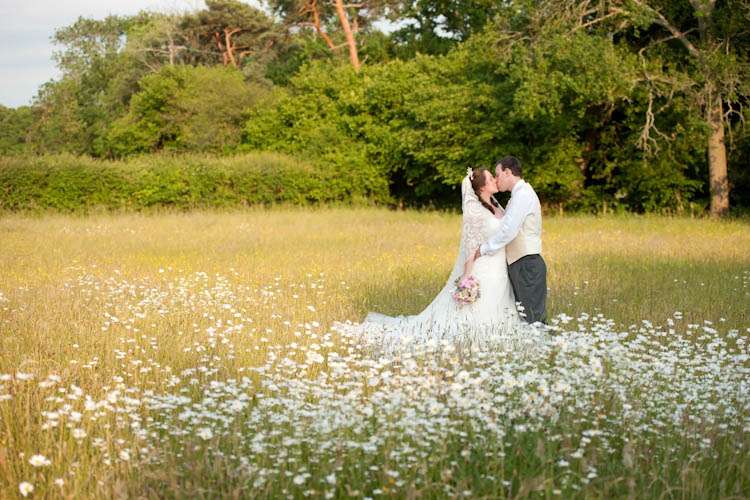 Elizabeth & Simon’s crafty vintage tea party wedding was a DIY effort and the beautiful touches and attention to detail really shows. The couple put a lot of themselves into their day and the bride especially homemade a lot of their wedding details. “Over several months I purchased vintage china and glass wear from various charity shops and Pannier Markets,” she told me. “This was used as the crockery for the tea party and because we’ve managed to collect some really nice pieces and a substantial amount, we’re keen to start a small vintage crockery hire service after our wedding.” 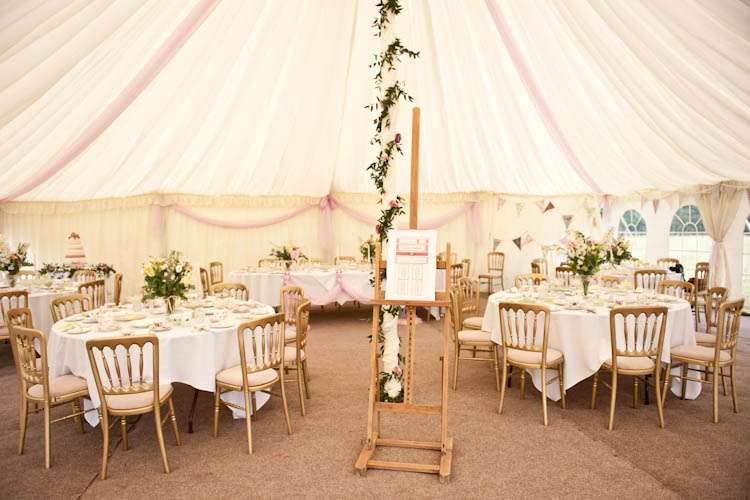 Elizabeth continued, “We made our own wedding favours (traditional sweets in jam jars which we collected). Simon and I made our own colourful sugar heart cubes to go with the tea. My mum made some of the bunting. We had a lot of friends and family with different skills who were able to provide various things for the wedding.” 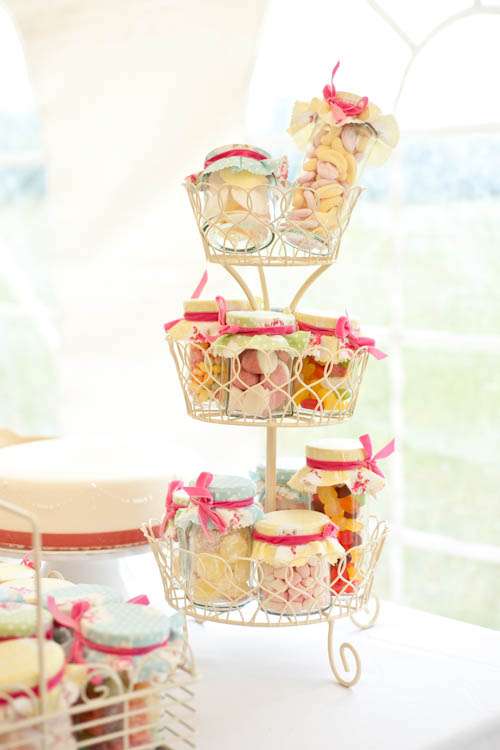 To plan their day, the couple scoured various wedding magazines and cut out pictures of things they liked to stick in a wedding scrap book. This is a really great idea for collecting all your ideas and keeping your theme on track. “I’m also a fan of all things vintage and often visit lots of little antique/craft/home shops – particularly in Devon,” the bride explained. “From there, the theme of the vintage tea party grew. It’s not necessarily Rock n Roll, but it reflects us and is how we wanted our day to be. It was also made personal to us by friends and family being involved in the day and being able to run the day as we wanted and not being restricted to a hotel regime.” 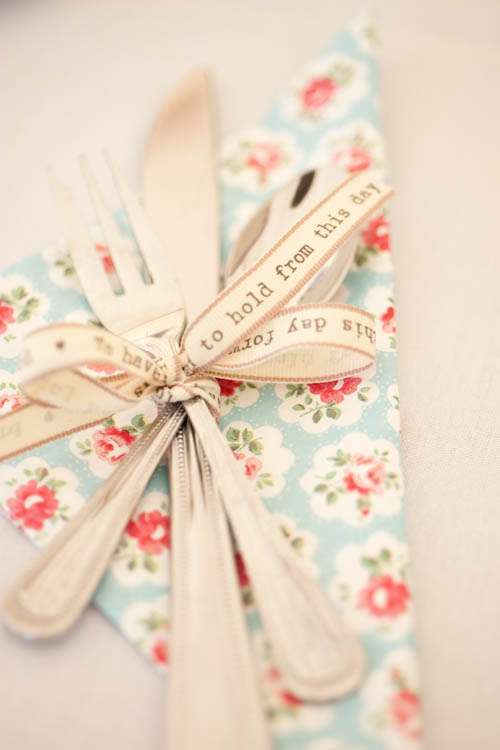 To keep their theme unique, the couple bought mismatched items from various different sources such as the signage from Cox & Cox, reception décor from notonthehighstreet.com and silver lanterns from a local boutique store. They even had a bicycle ice cream cart to serve guests ice creams as they arrived at the marquee after the ceremony.” 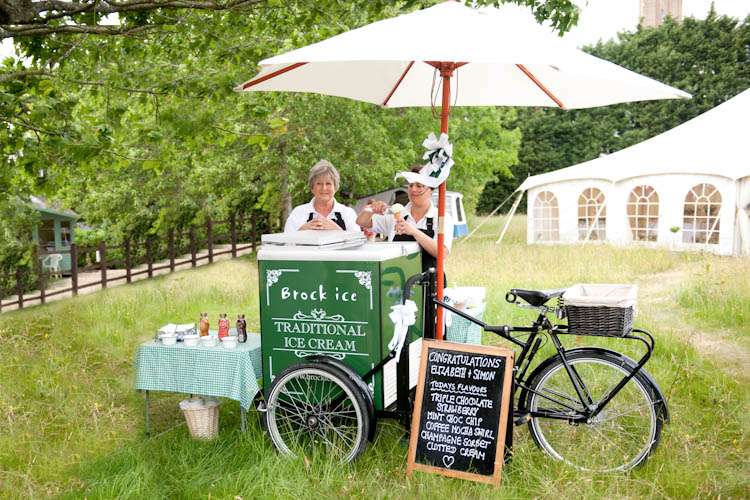 Beautiful! Thanks so much to Elizabeth & Simon and their photographer Kathryn Andrews for sharing this today. 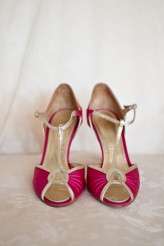 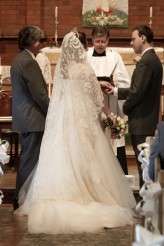 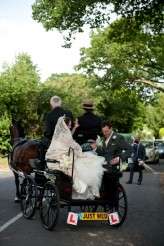 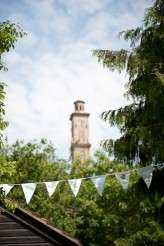 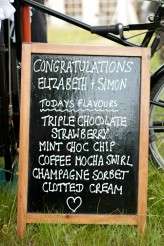 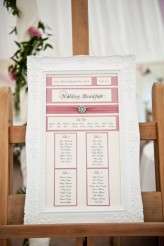 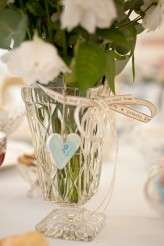 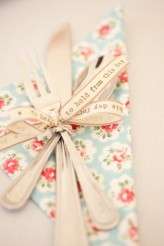 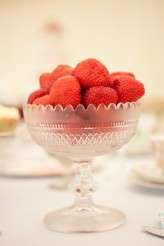 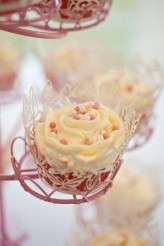 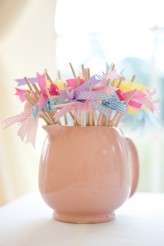 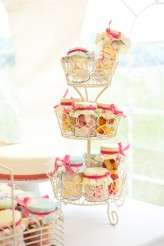 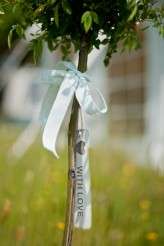 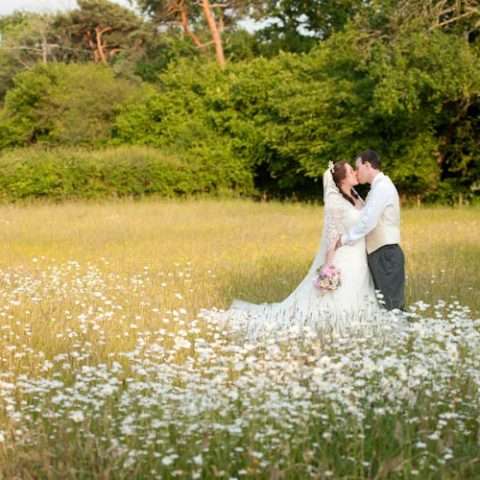 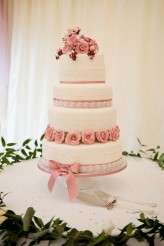 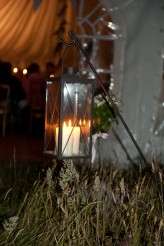