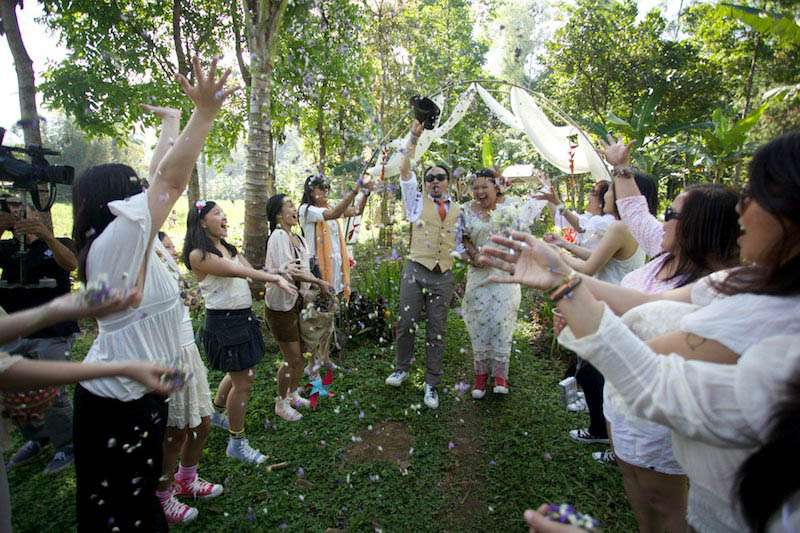 Kei & Wilson three-day wedding which they affectionately dubbed ‘CAMP KASAL’ (Kasal is the Filipino word for wedding.) On the first day the couple welcomed their guests, who all stayed over at their venue, and they had an intimate “Welcome to Negros” (Welcome to the Island) evening dinner. They served local delicacies such as batchoy (noodles), inasal (grilled chicken), kadios (A local stew) and apan apan (sauteed leaves). 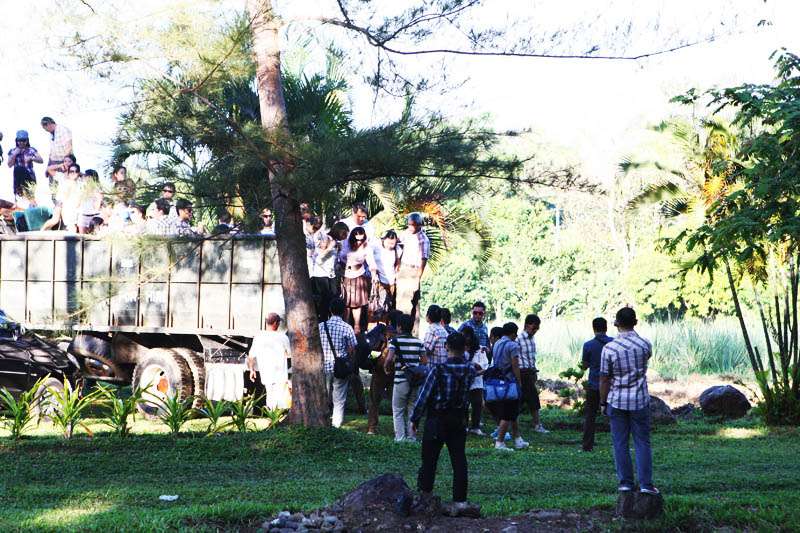 The wedding ceremony took place the following morning and was followed by a tree planting, a traditional breakfast and fun activities. At lunch the guests were treated to a “Boodle Fight” (a military style of eating where guests sit on long tables and the food is served on top of the banana leaves) lunch roasted pig, grilled fresh fish, steamed veggies and ensalada (salad with tomatoes and salted eggs). 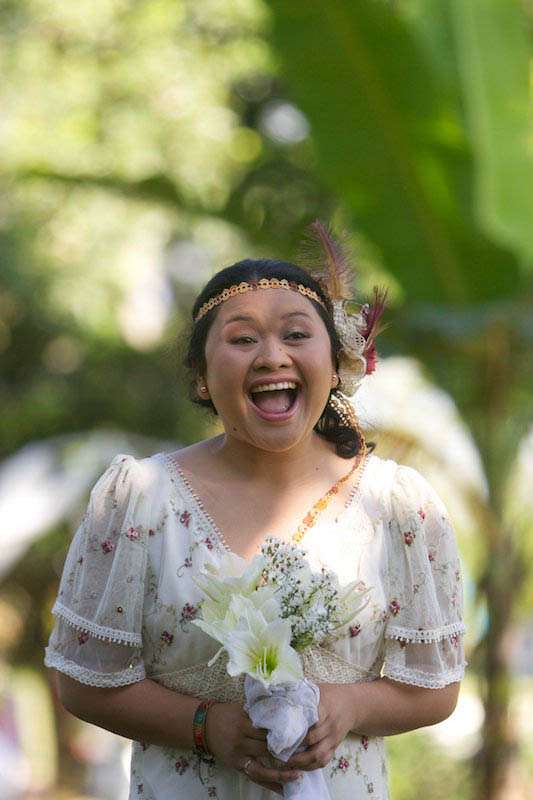 “We had several activites in the campsite for the guests,” explained the bride. “Since this was a camp wedding, there was no internet or television so we thought they could release their creative side by doing some beading, colouring, building toy airplanes, clay making and different activities such as pick up sticks, board games, bubble playing, swimming etc… There was also a SNAP STATION where there were polaroid cameras, Lomo cameras, Analog SLRs that guests could use and return after. Guests were shuttled back and forth to their hotel via a big Sugar Cane Truck.” 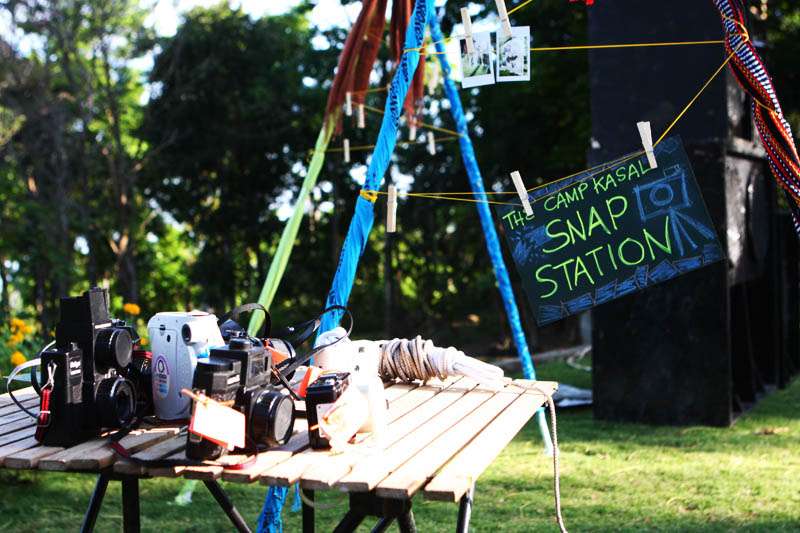 “Almost all the details were DIY,” Kei continued. “From the invites to the cord used in the ceremony which was made from different yarn colors and rope. My head piece was also DIY, the bridesmaids carried fresh picked lillies while the groomsmen brought pinwheels while walking.”

“We wanted the wedding to reflect us not just as a couple but also as individuals. When we were thinking of a theme we wanted something classic so we thought of chuck Taylors and corduroys which were a staple in everyone’s closet. We also wanted an adventure for our guests and a vacation for them so we thought of conducting it on a mountain and guests had to travel almost all kinds of transportation — Jeepney, taxi, airplane, bus and even truck. We made sure the trip will be worth it by providing them accomodation, welcome dinner and some meals and a breathtaking view. After the wedding, the guests wanted more adventure and some even decided to make our anniversary an annual reunion and adventure!” 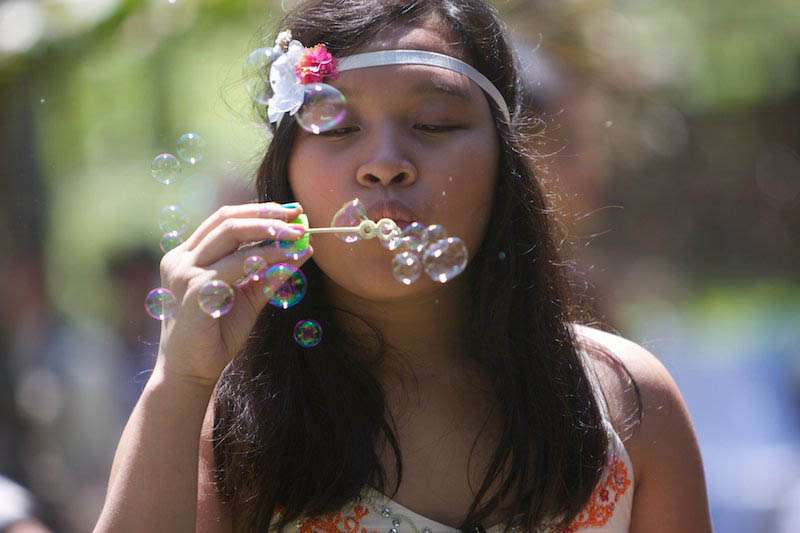 If you want to see more, you can see the couple’s save the date video here and their engagement shoot here.

Be sure to also watch their adorable wedding video…seriously, cutest thing ever!

Big love to Kei & Wilson for sharing their wonderful day with us, and to their photographer (and brother of the bride) Jojo Mamangun for his images. 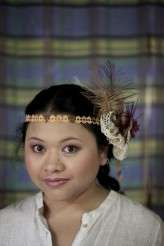 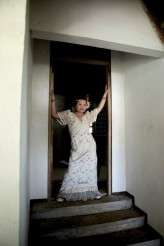 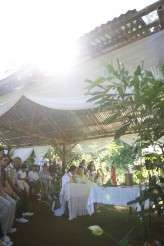 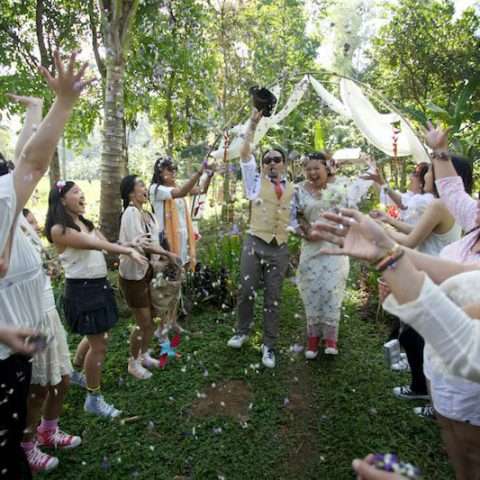 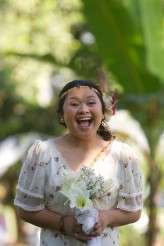 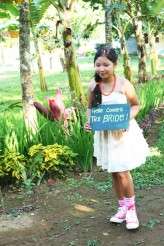 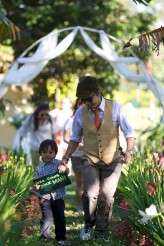 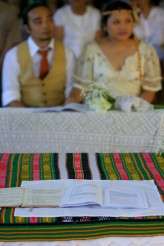 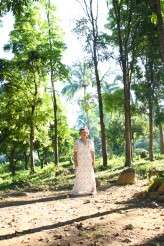 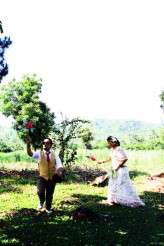 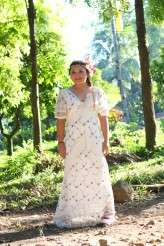 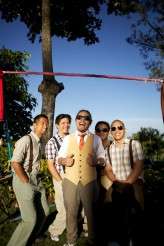 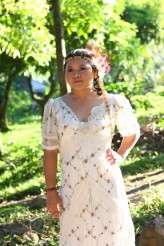 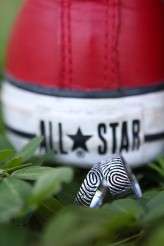 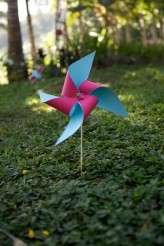 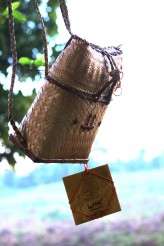 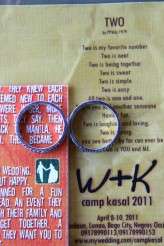 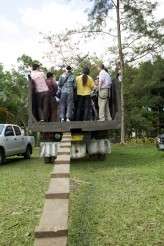 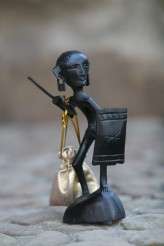 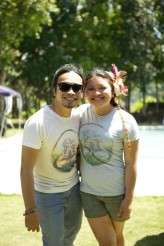 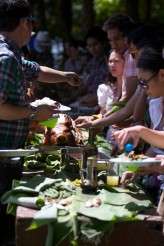 Ben and Roo wanted their big day to feel like 'them'. So they enlisted the help of friends and family to hand craft the wedding of their dreams! "Our theme was 'nature meets colorful meets elegant meets comfortable!" began the bride. "I was a circus performer for ten years and Ben has been a rigger for his whole professional life. Our friends are eclectic and multi-skilled and they all pitched in. It made a blank slate of a venue become a colorful tapestry of strings of circus lights, people on stilts, colorful guests, chandeliers hanging from trees and an amazing electro-swing dance party!"

If cute, quirky, outdoor weddings are your idea of heaven then prepare to stand at those pearly gates, because Phillip and Elena's Colorado wedding is a beauty!

Kat and Brent were married in July after a five and a half year engagement and nine years together! They wanted their wedding to be family focused and relaxed. "Our wedding was a family camping trip with a wedding thrown in the middle of it", explained Kat. "It was a Wes Anderson picnic meets garden party meets Oregonian wedding. We are not religious, nor traditional, or even that young (I’m 31 and Brent is 34). I guess our main theme was 'us'. We didn’t do anything in the wedding that didn’t feel 100% right for us."

Megan and Pasha met on OK Cupid. Both having been married before, they decided that they wanted their wedding to be unapologetically them!