This fantastic and individually detailed wedding took place in San Francisco and was captured by Cooper Carras.  I not only love the cute caricatures of the Bride and Groom, but I’m a little bit crazy about the Bride’s vintagey outfit she changed into fro the outside shots. 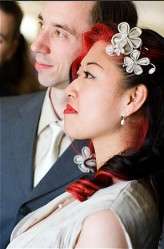 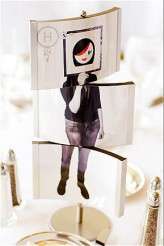 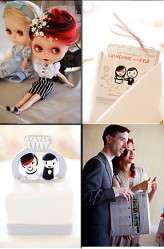 Ben and Erin's DIY Autumn wedding was held in a barn at Tuckaway Cove, a historic event space on Tellico Lake in Greenback, TN. Their main inspiration came from family: past, present and future.