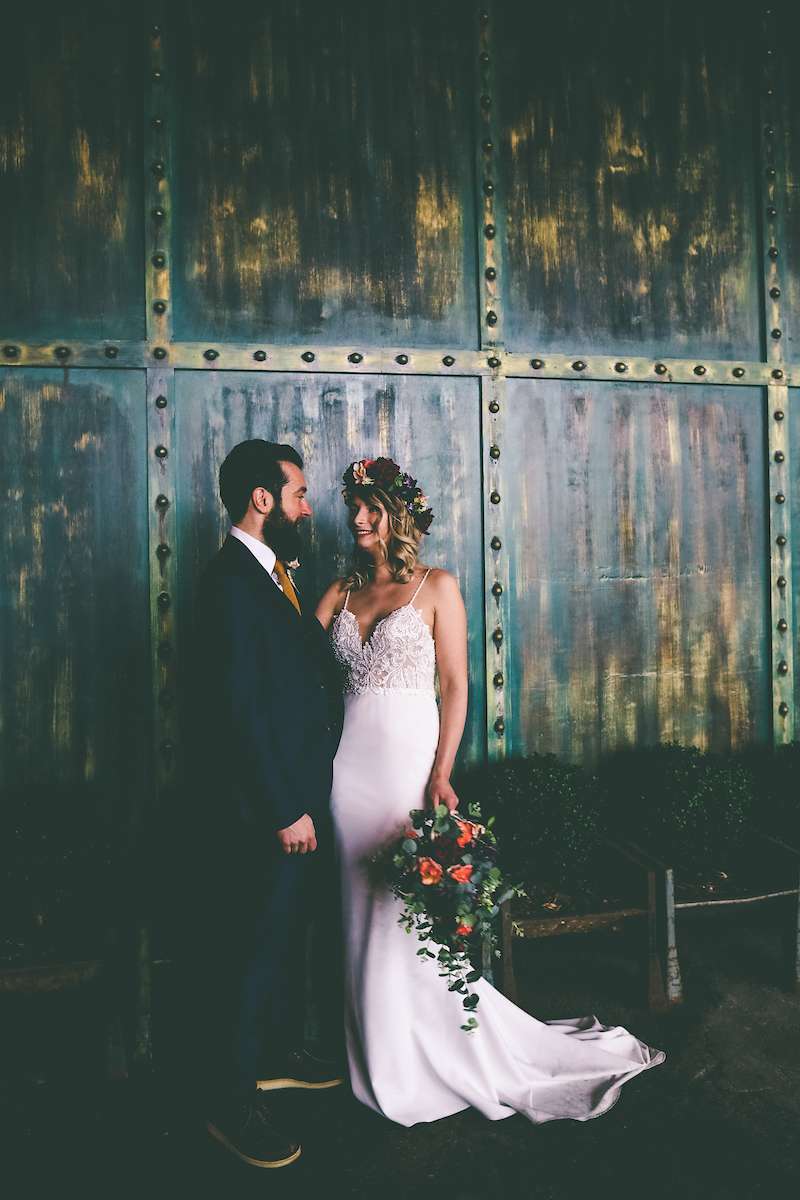 Sophie and Matt’s December wedding encompassed everything that love about the festive season: Sequins, sparkle, lots of booze and party food (complete with a Krispy Kreme tower of doughnuts instead of cake!) The atmosphere was celebratory from start to finish. 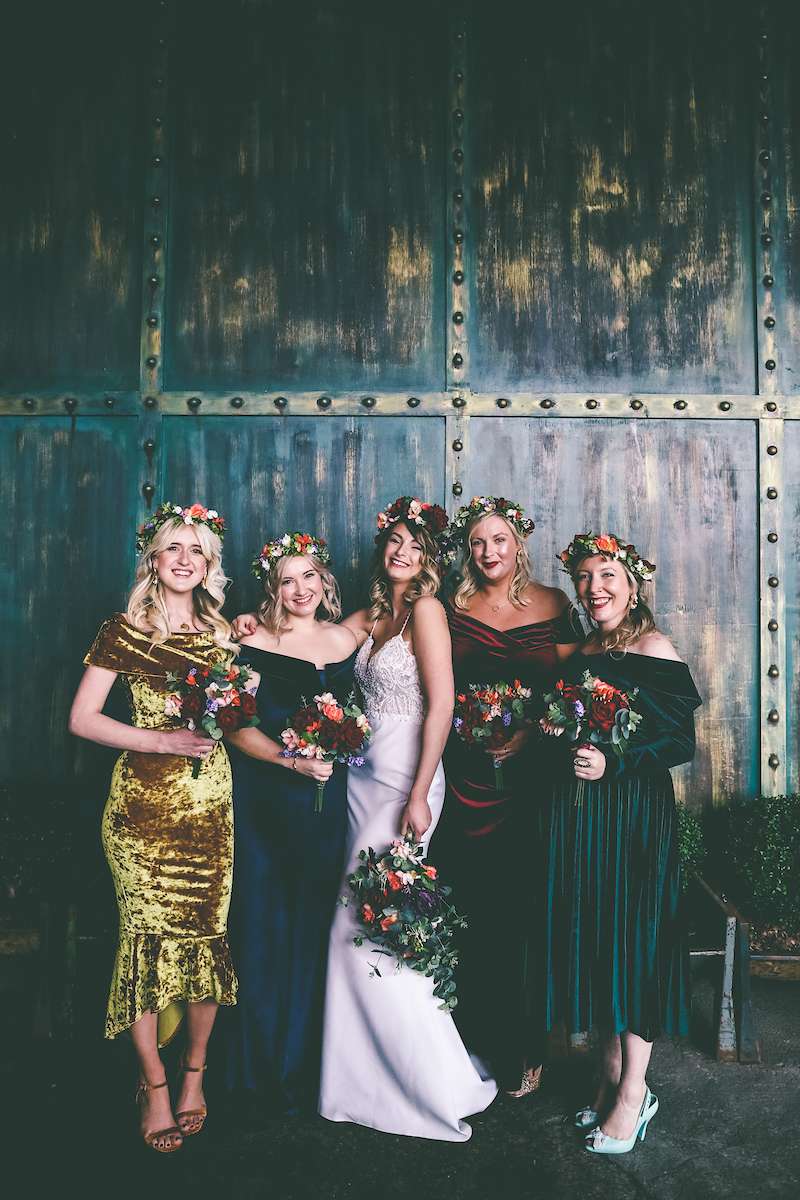 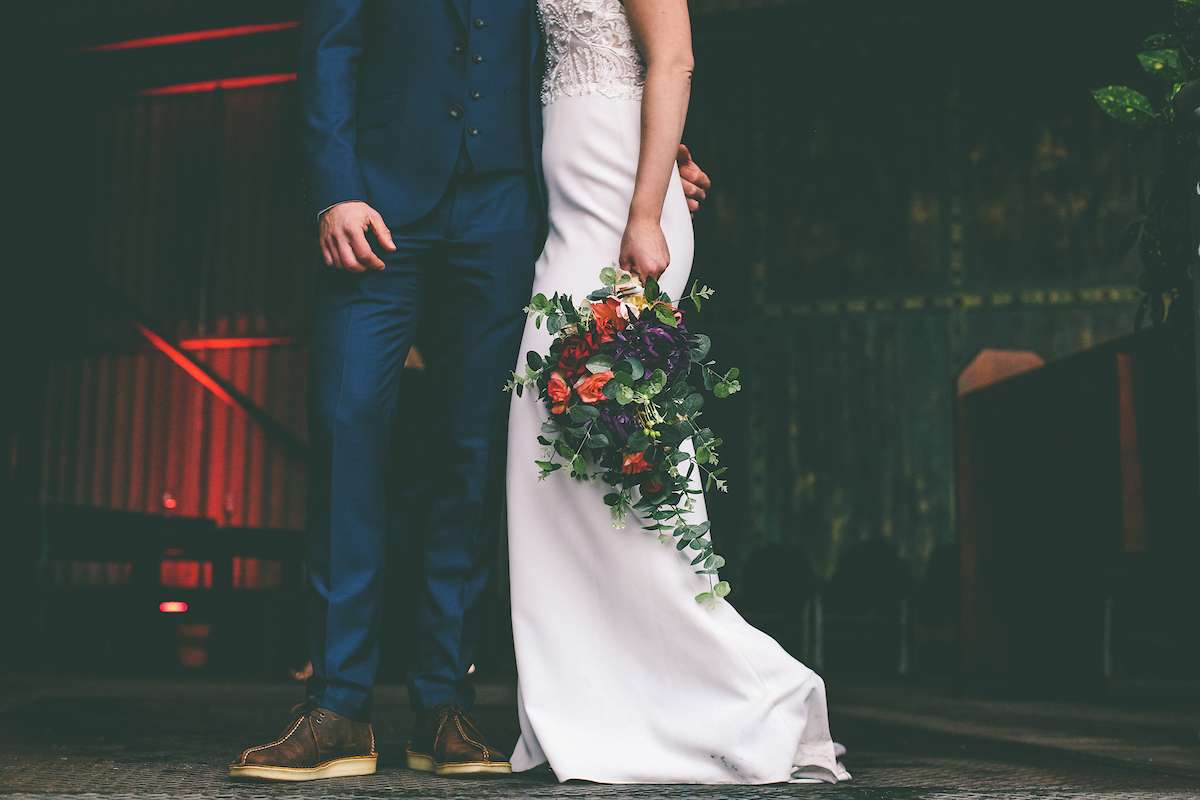 They were married at Victoria Warehouse in Manchester. “We wanted everyone to have lots of fun and feel relaxed”, said the bride. “We had a lot of neon and the venue was a red brick, industrial warehouse so the day did have a I laid back, industrial feel. I spent a lot of time on Pinterest and Instagram but really, the venue was the inspiration for the wedding. It was an iconic representation of our beloved city, Manchester, and really didn’t require much decorative input from us – though we did have a lot of fun making things like the table centres, table plan, name cards and floral arrangements.” 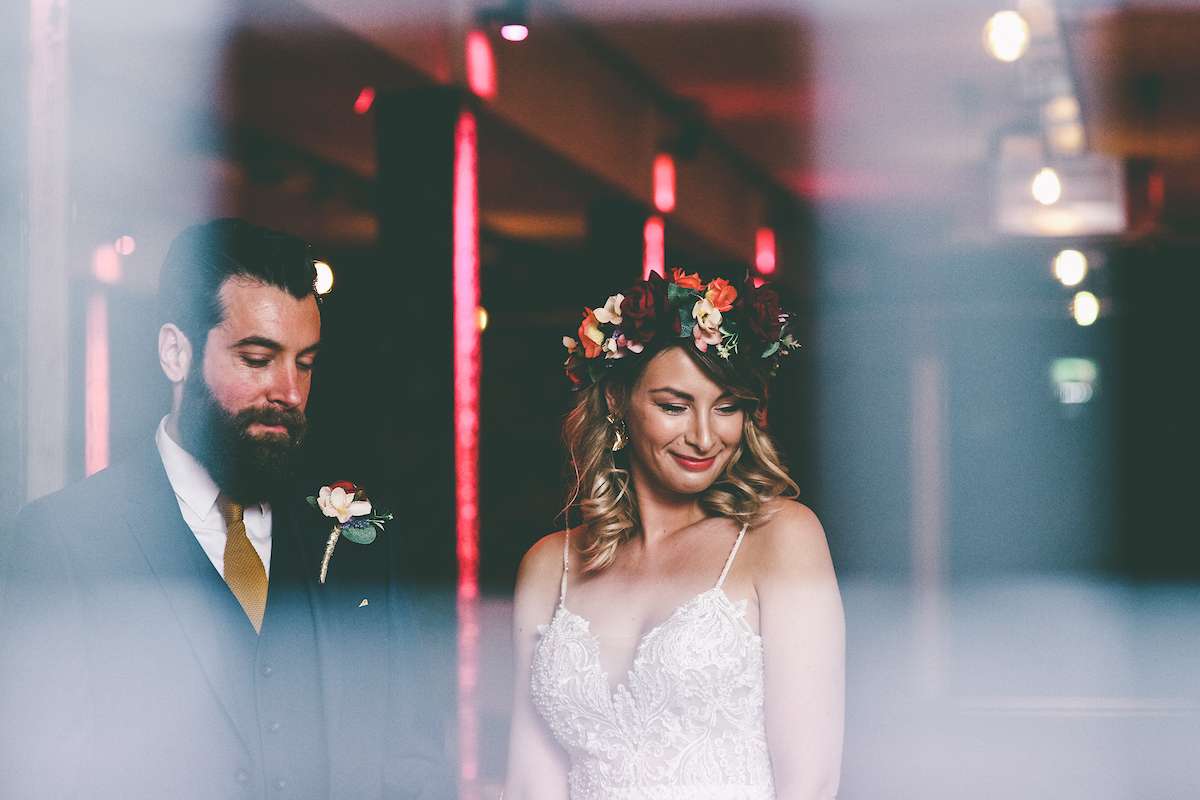 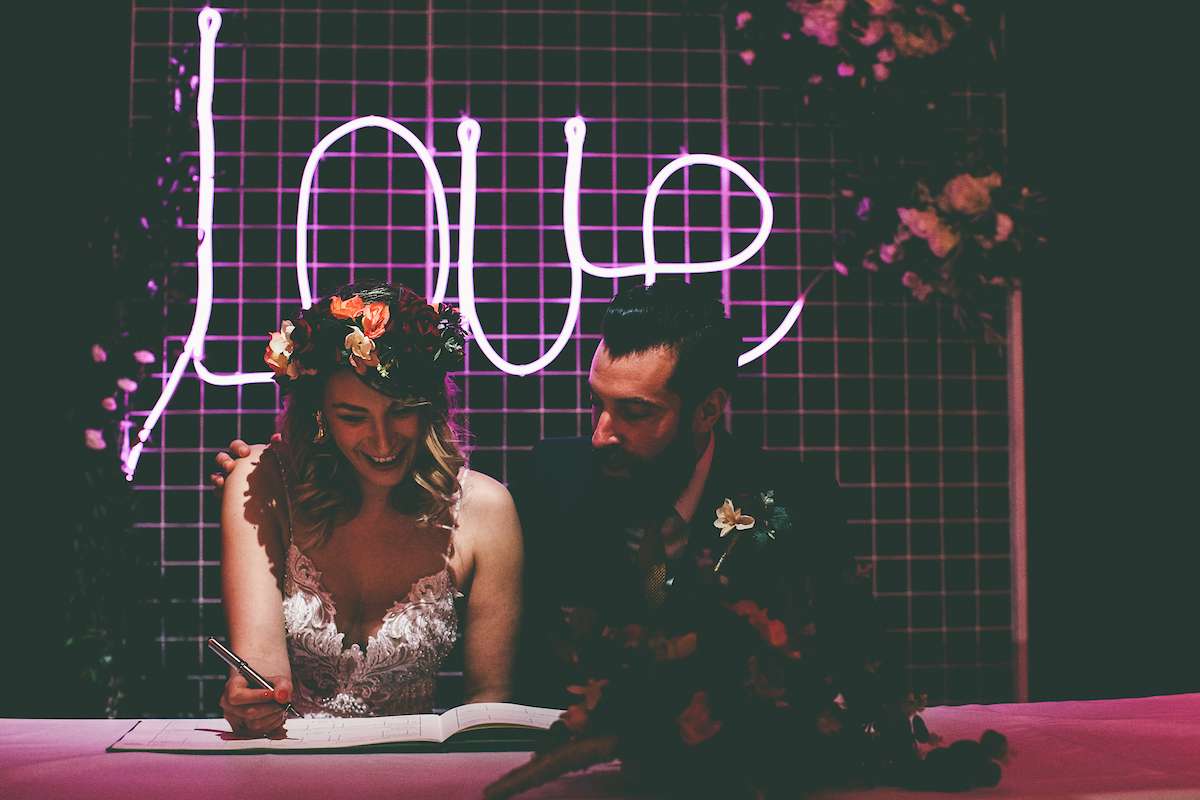 They had a giant LOVE neon sign to get married in front of and they also had lots of smaller neon signs (bought from lots of different places, some of which were made from kits by the mother of the bride!) dotted about the space. They also made the table plan from 7” singles, had the table names made from 12” records and giant silver ‘NEWELLYWEDS’ balloons, inspired by the groom’s nickname, Newelly.” 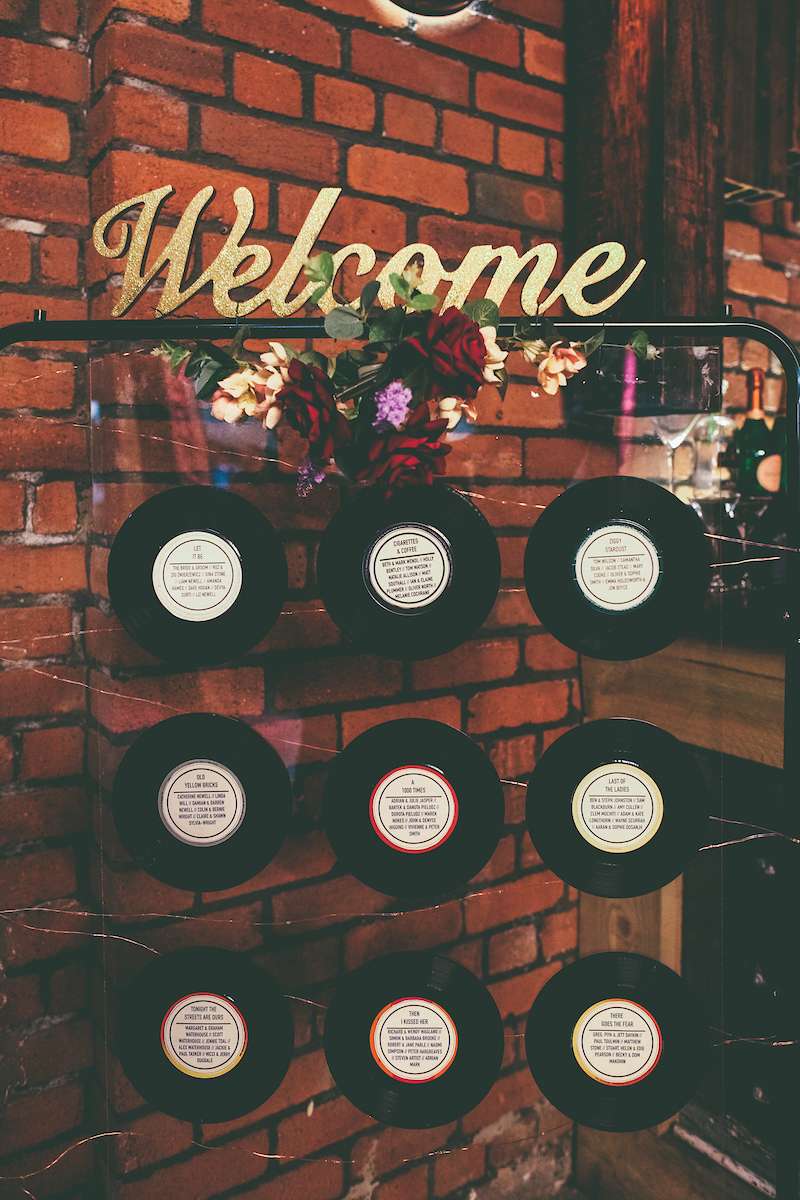 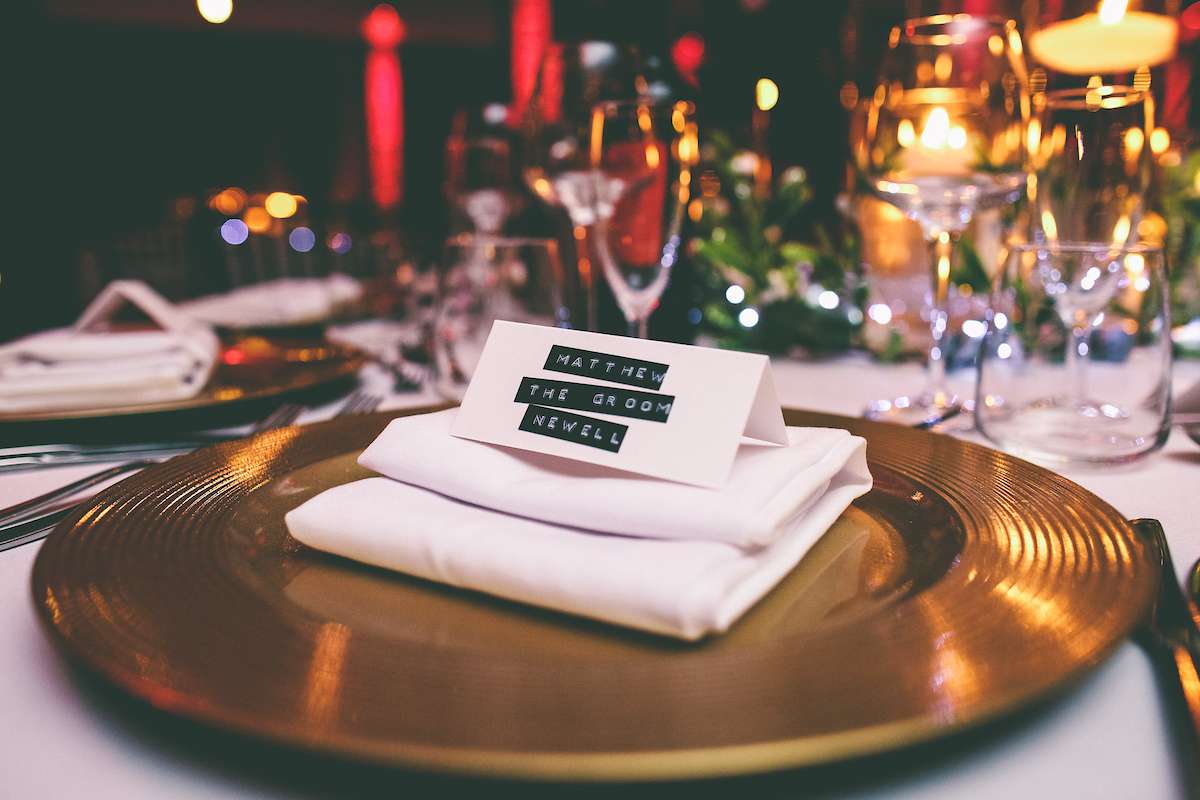 “We tried to keep all of the details alternative”, Sophie explained. “Elvis serenading our first dance, the disco dress, the mismatched wedding party outfits, the neon and the warehouse venue to name a few. It was also a three-day-long New Year’s Eve bash and it was pretty spectacular! We met the whole wedding party and their partners the night before for a dinner and drinks, and the day after my parents hosted a NYE party at their house that went on until 6am!” 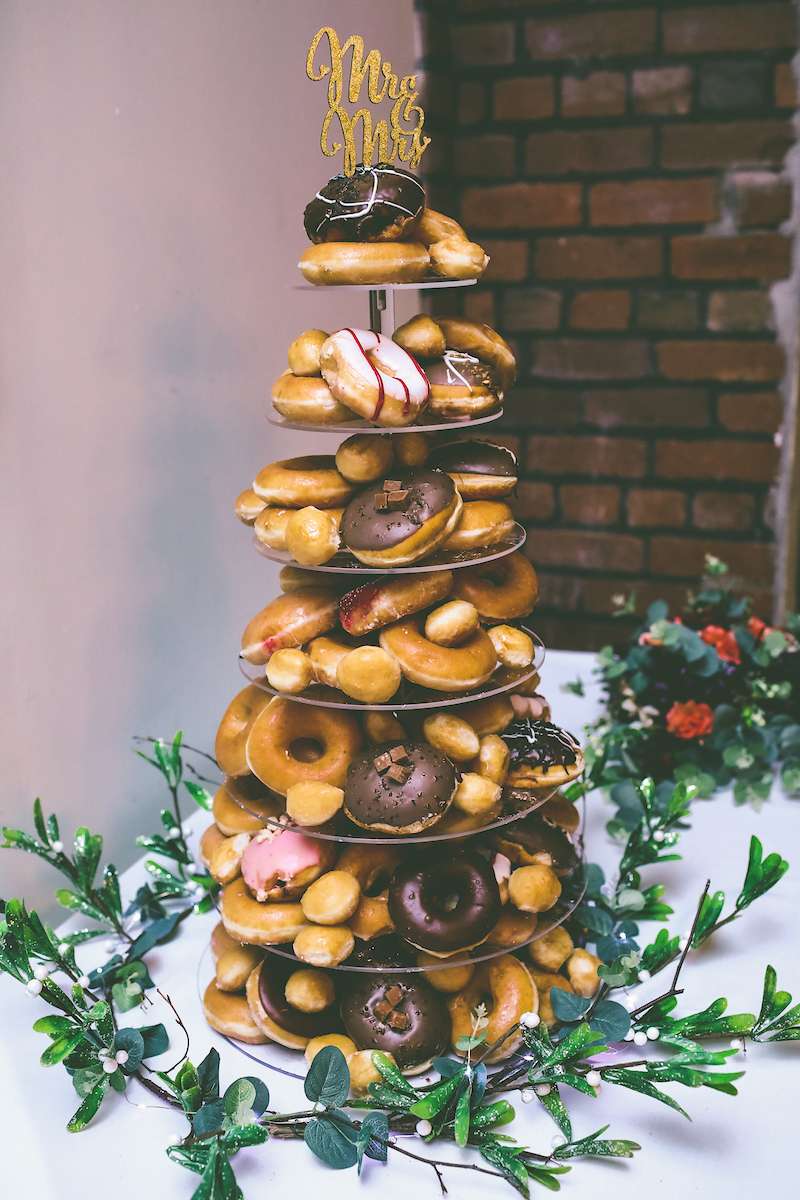 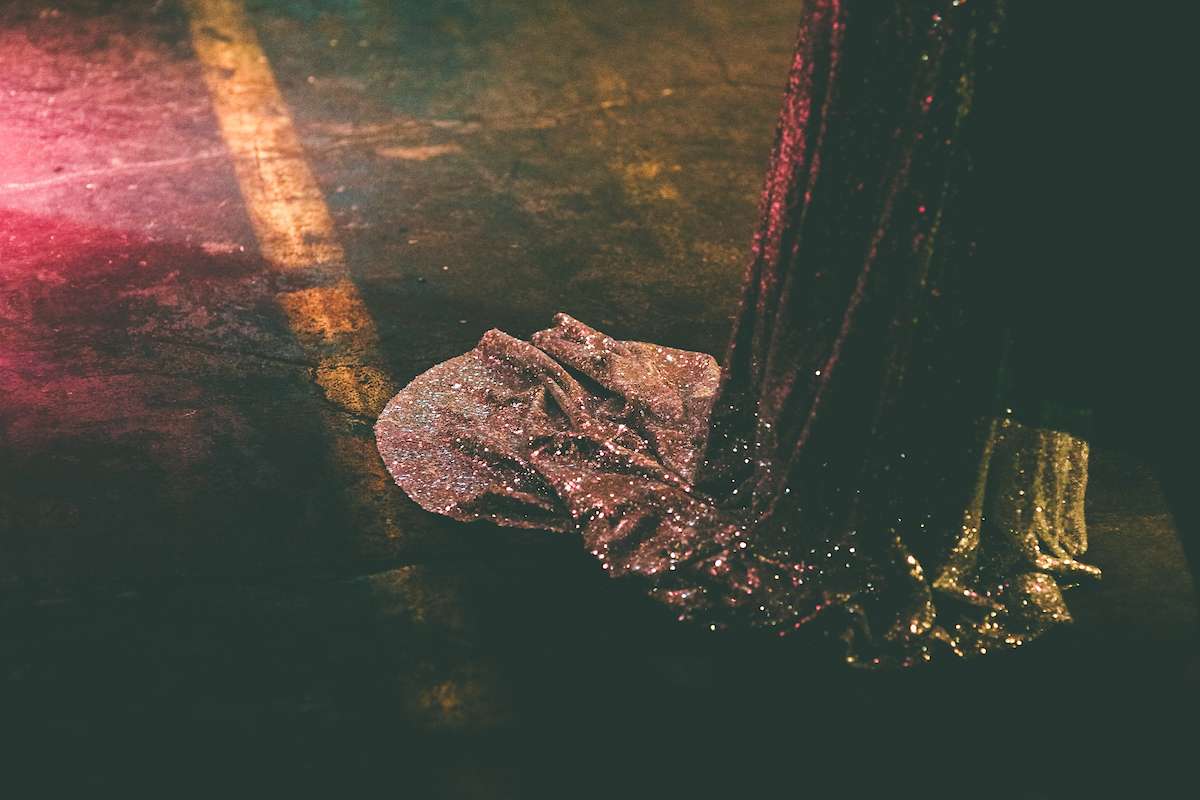 Of their £17,000 budget, the biggest cost was the venue and catering (“we got a really good deal with it being a winter wedding but it was still the biggest expense – although it did include food and drinks for a hundred people!”) To balance this they saved cash on their DIY decorations and also on Sophie’s dresses. Her first one was found in a sample sale and the sequin number for the evening party was found online. Having doughnuts instead of a cake also saved a big chunk. 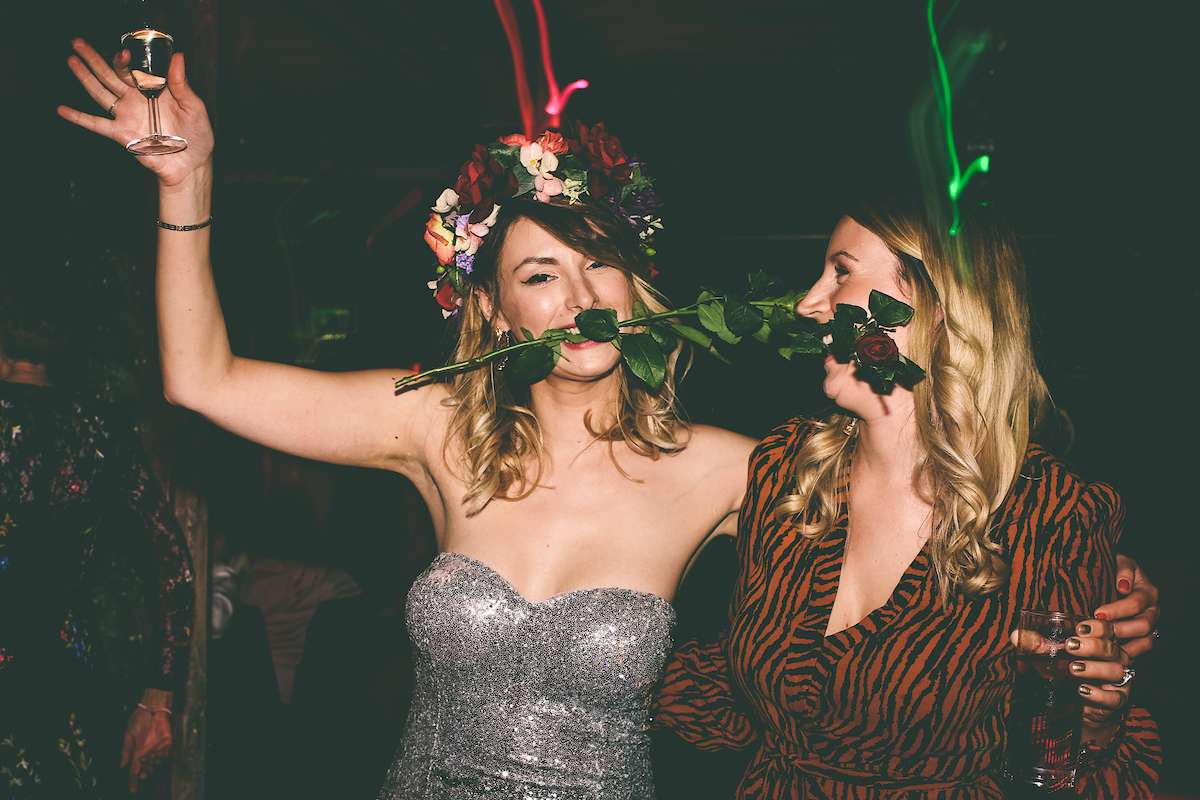 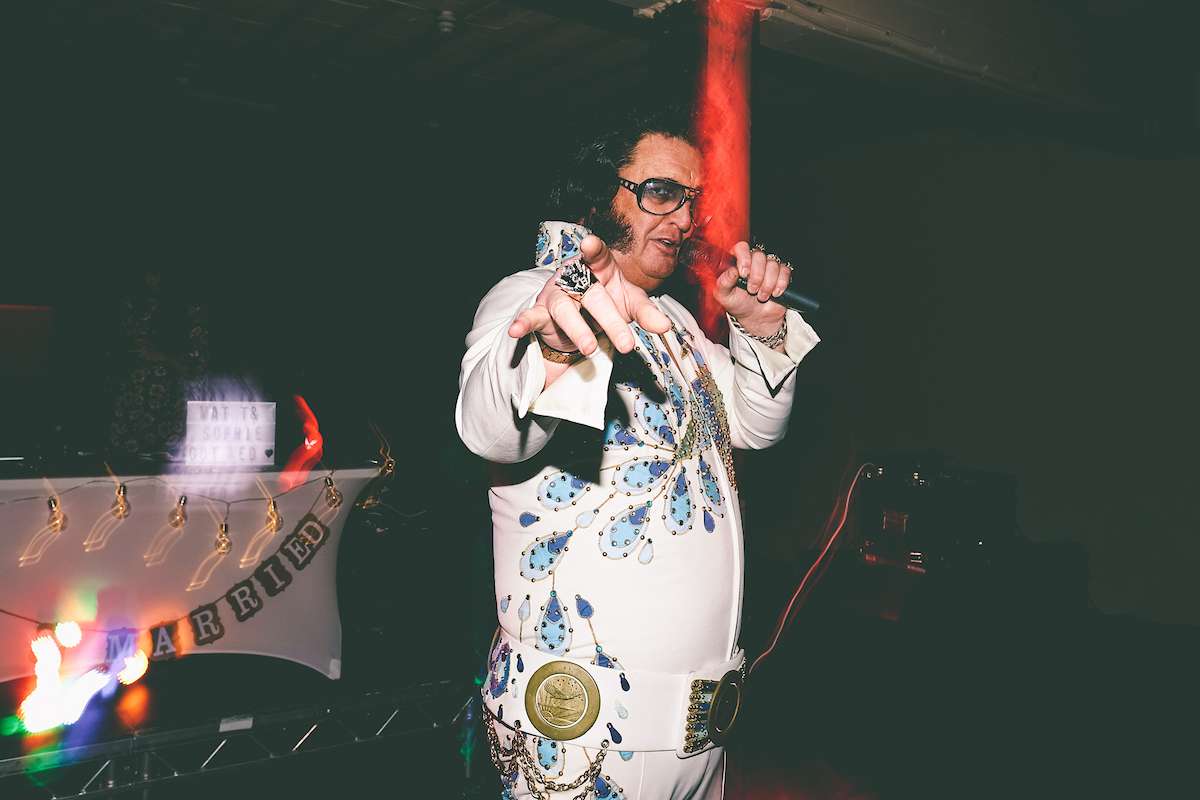 “I do wish we’d realised earlier in our planning to just be more confident of our own vision. When we’d tell people what we were doing (or how far behind we were!) on occasion some people would wince which would sometimes make us feel the pressure! But ultimately, we had a great wedding and a really fun, low-stress planning process, which we always knew we would!” 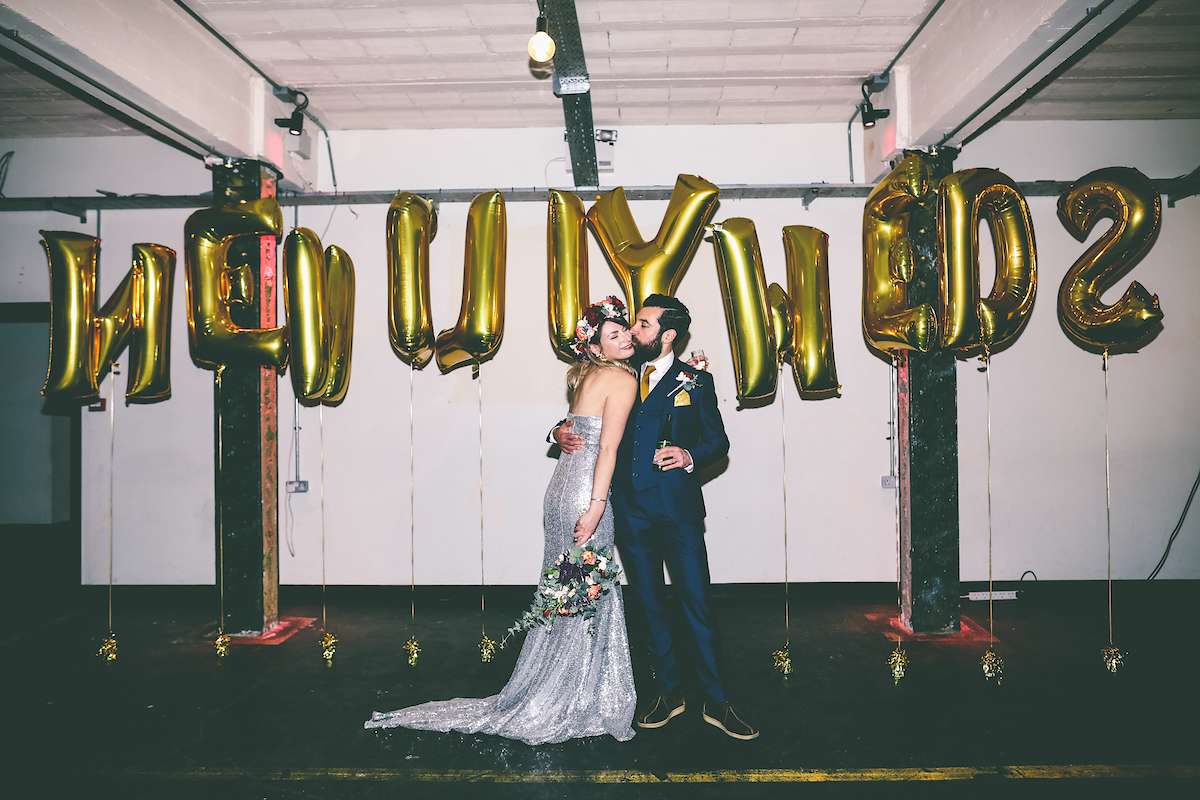 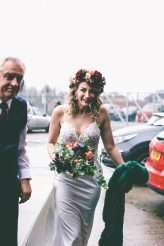 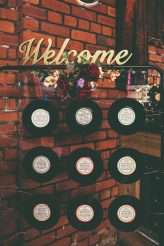 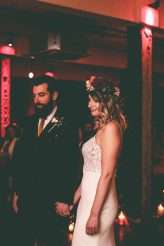 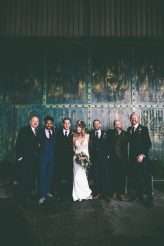 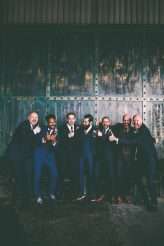 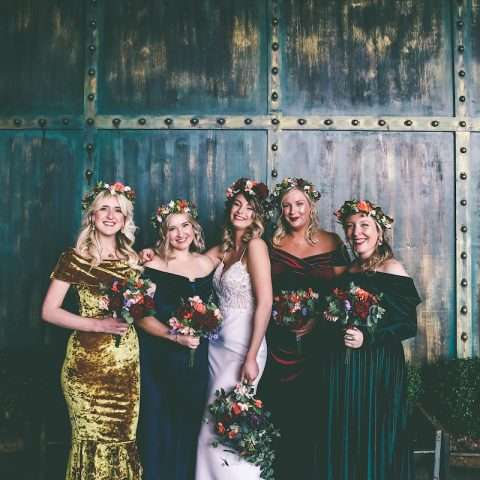 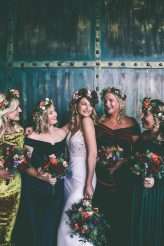 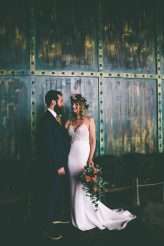 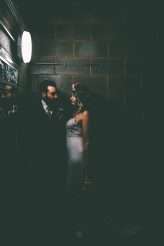 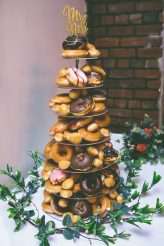 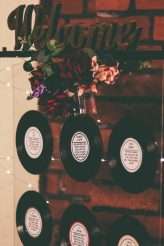 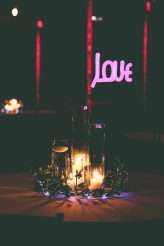 Laura and Al grew up in the same town, went to the same school and the same art college! They were always ‘aware’ of each other growing up but only met properly at a party when they were 17. After that they were inseparable and the rest is history!

The main priority for Chris and Nat’s September wedding day was for them to host a really fun party that had little nods to all the things that they both love. They were also really keen to keep things local; part logistics for all their guests, and part because after many years of travelling around, they’ve finally put down roots in London so it seemed like an excellent idea to celebrate the city that they hold so dear.

Mirain and Jak were introduced by a mutual friend who was fed up of them both making bad relationship choices! “He knew we were both going to the same festival in a few weeks, and started a WhatsApp group for us... then left us to it!” explained Mirain. “I can honestly say that I’d fallen for Jak before we even got to the festival. He moved in with me the following weekend!”

A Sequin & Glitter-Filled Wedding with a Carnival Atmosphere

So we all know a wedding day is, for the most part, all about the couple getting married. But when a bride and groom put just as much thought and effort into their guests having as much fun as they do, well you know you're into a winner. I also can't go on any further without calling out probably THE most amazing bridesmaid outfits I've ever seen! Tulle skirts, oversized sequin playsuits, HELL YES, I am so on board!

Michaela and Dave both love going out and dancing and so wanted their wedding to have that same feel. Their theme was ' A Disco Love Kid's Party' full of entertaining things to bring people together. They had face painting, a photo booth, colouring in and pick and mix! Ultimately, they wanted the wedding to feel like the most fun night out you can imagine and all in honour of their love.