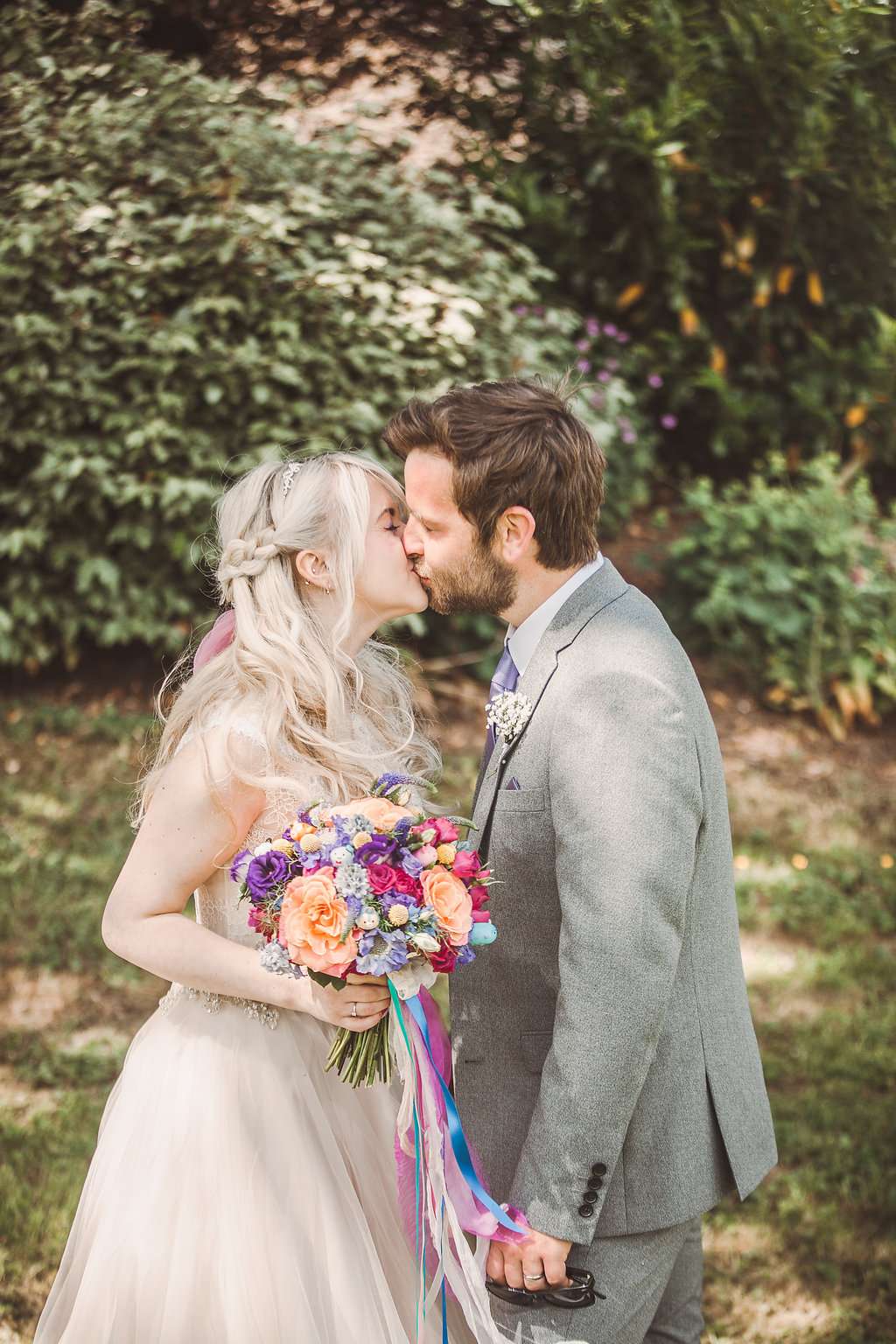 This fairytale wedding has to have some of the sweetest Disney inspired touches we’ve ever seen. From the centrepieces (each table was named after a movie and the props on the tables matched), the Disney inspired wall hanging favours and the subtle Disney inspired cake (those colours are just perfect!) complete with a with a glitter ‘to infinity and beyond’ topper.

“Our wedding theme was Disney all over”, began Laura who married Dean in June. “Everybody knows my favourite thing is Disney and I wanted to have a wedding that was attached to me and showed my personality come through.” 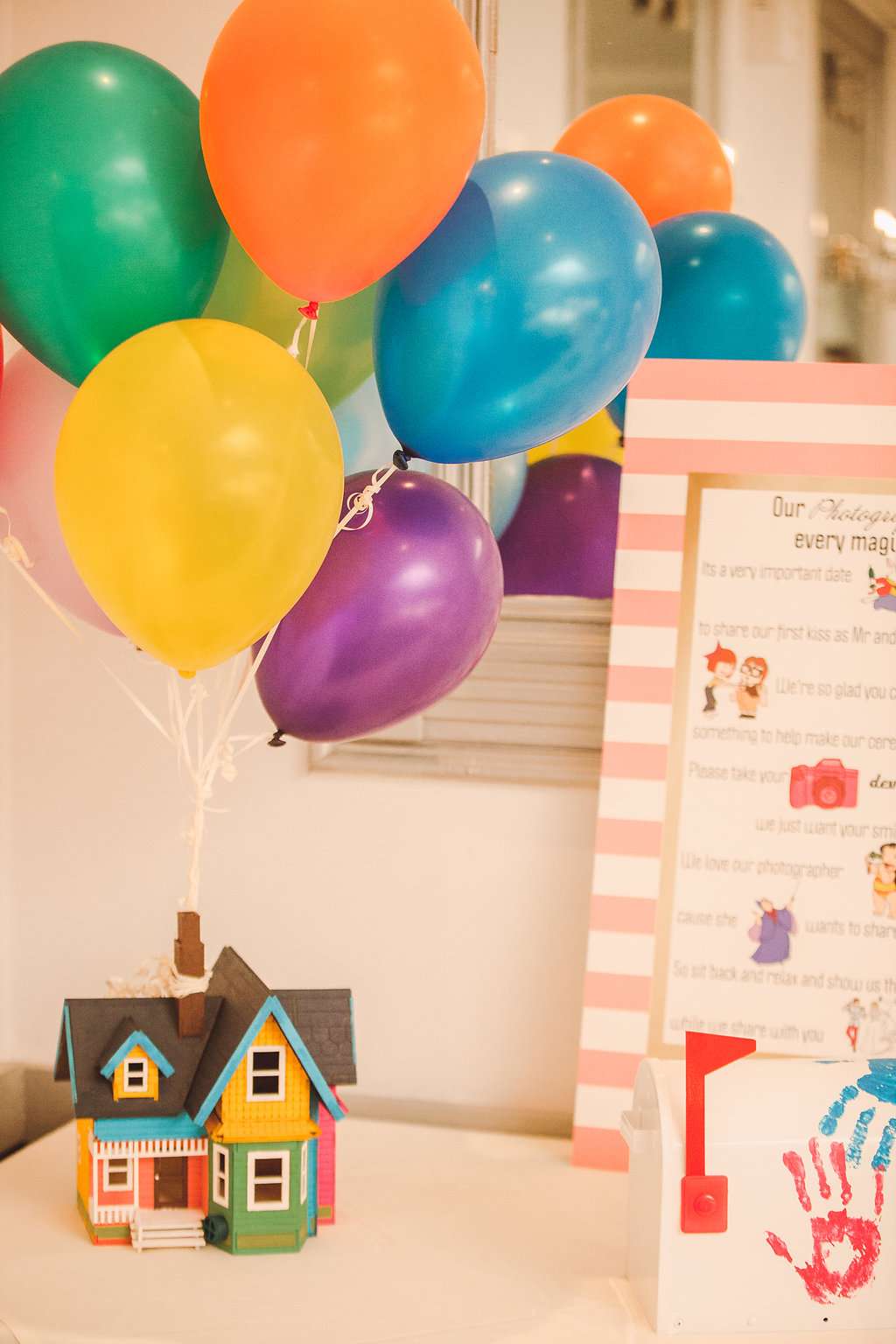 “The centrepieces were all Disney themed each to a different Disney film.  My mum and I collected everything over the 19 months we were engaged. We searched charity shops and eBay. The guest book table had an UP! theme and I bought an MDF model UP! house that I painted and built together from America. Our memorial table (with photos of our loved ones that have passed) was Winnie the Pooh themed.” 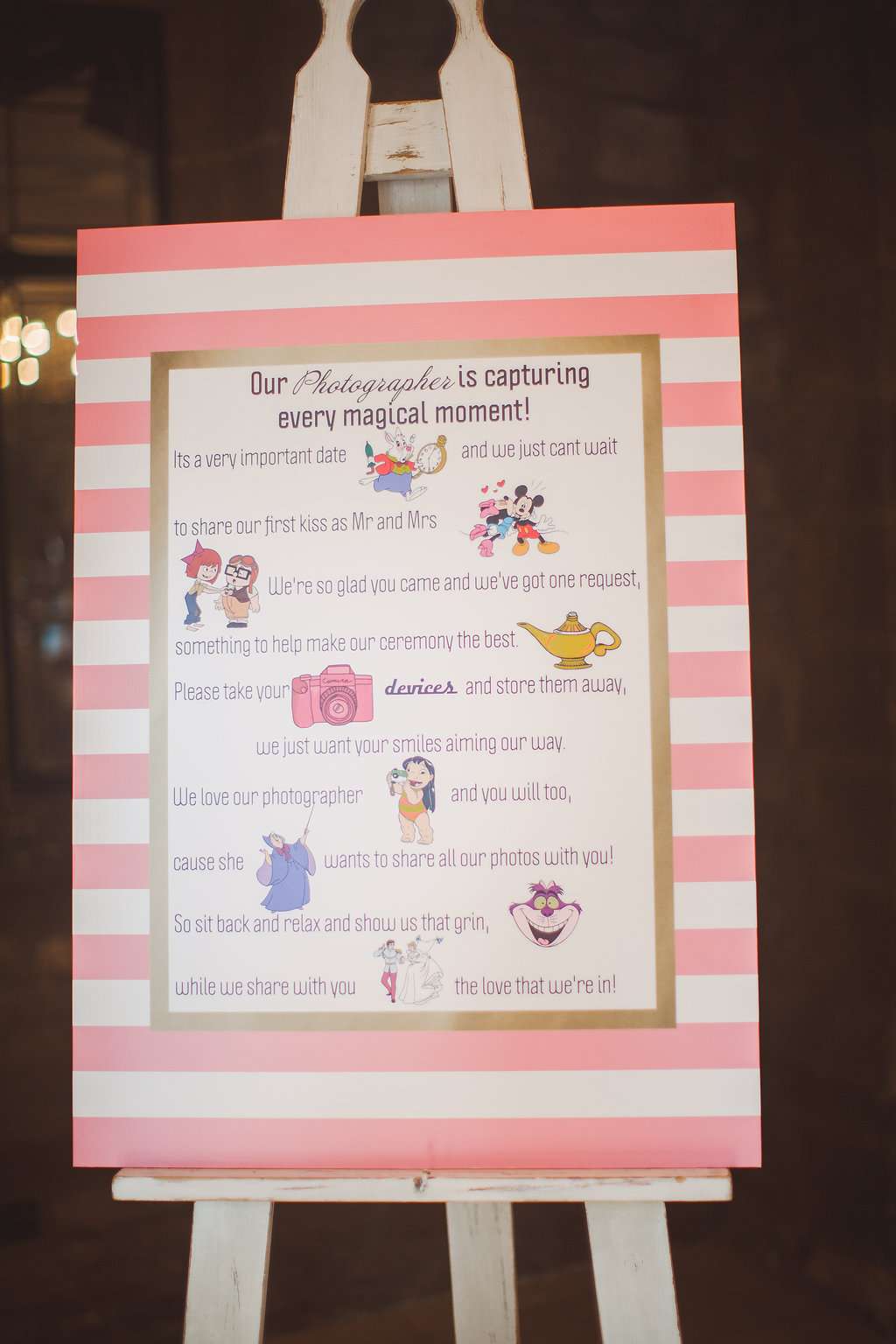 “My mum and I hand made the favours by making Disney themed magnets and stuffed wall hangings which we kept on a table for people to rummage through and pick there favourite to take home. Each one was completely different. We also hand-punched all the confetti using coloured tissue paper.” 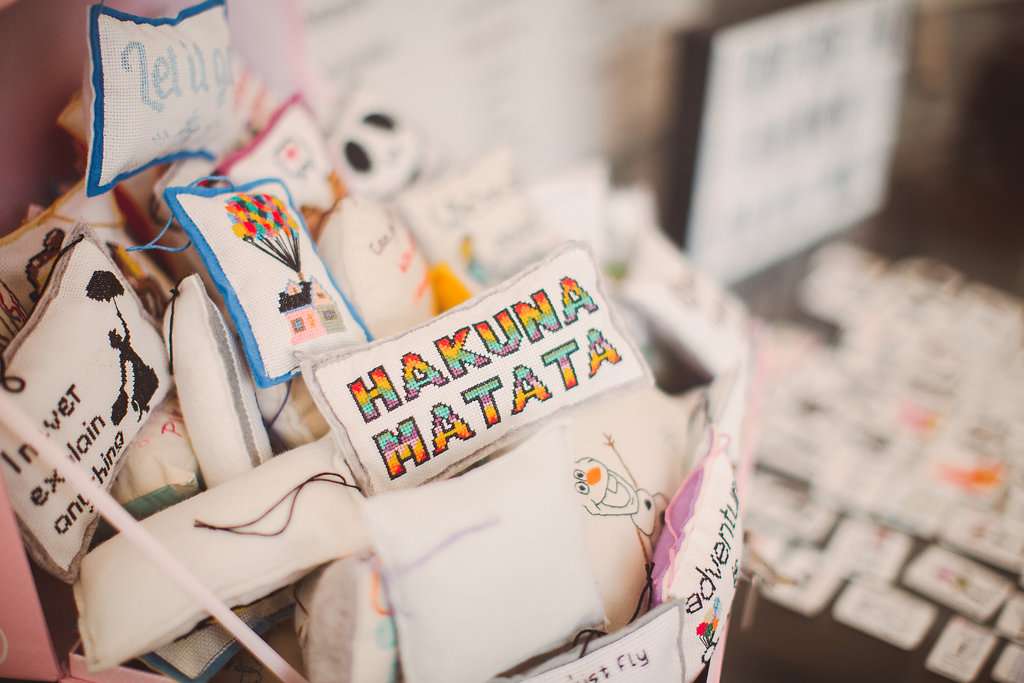 Of their £10,000 budget. their biggest savings were made by doing all the decor themselves. They also had the cake made for them by a friend. However the one thing they didn’t want to scrimp on was their photographer, Nichola Morton. “I wanted to make sure the best memories were captured and I loved Nichola’s relaxed approach when I saw previous weddings she had done,” Laura explained. “She brought along another photographer too and even included a pre-wedding shoot which really got us to feel at ease for doing the photos on the day.” 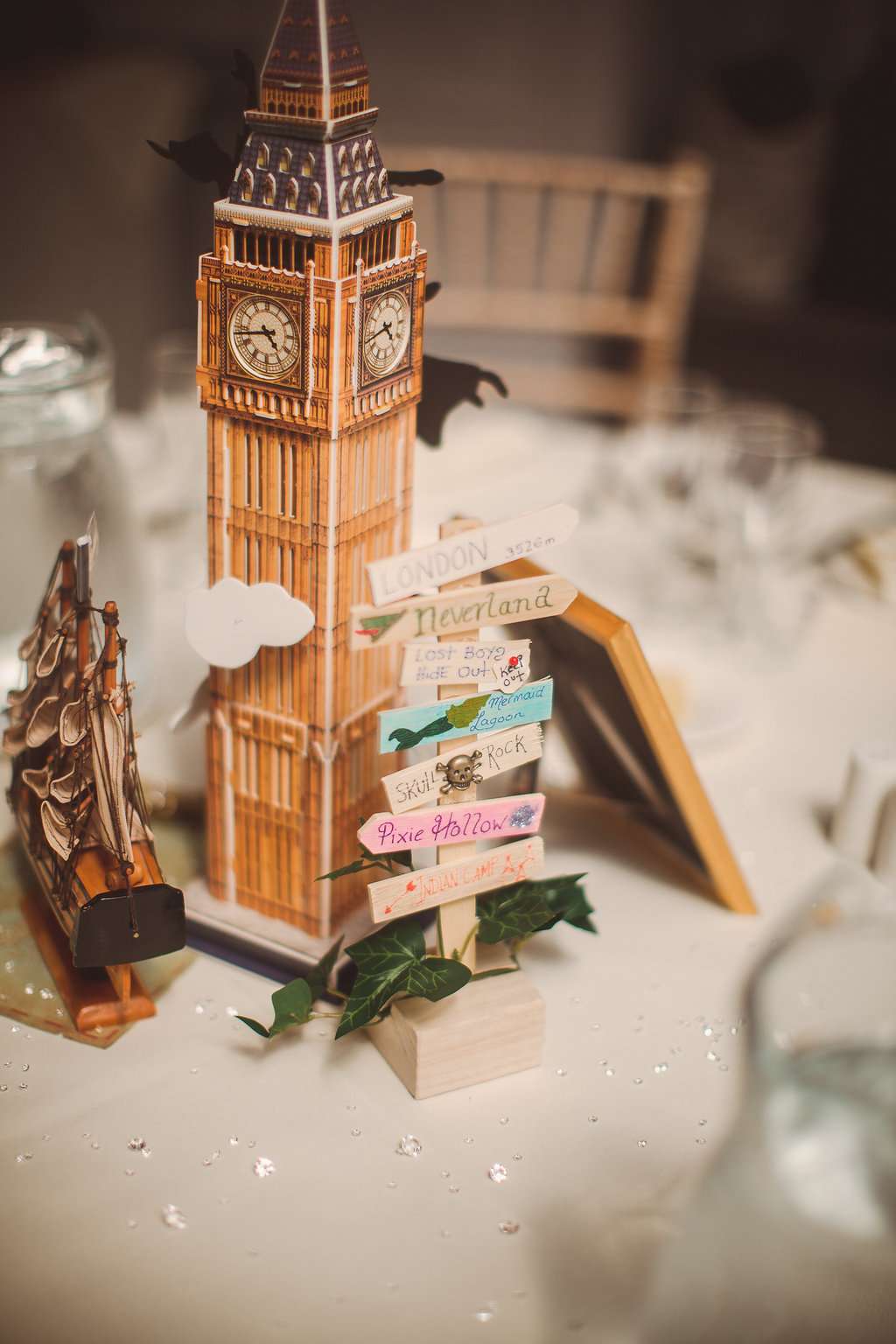 “The best thing about the wedding planning was seeing all the ideas I had come together”, she concluded. “I just couldn’t wait for my family and friends to see all the hard work and thought me and my mum had put into it.” 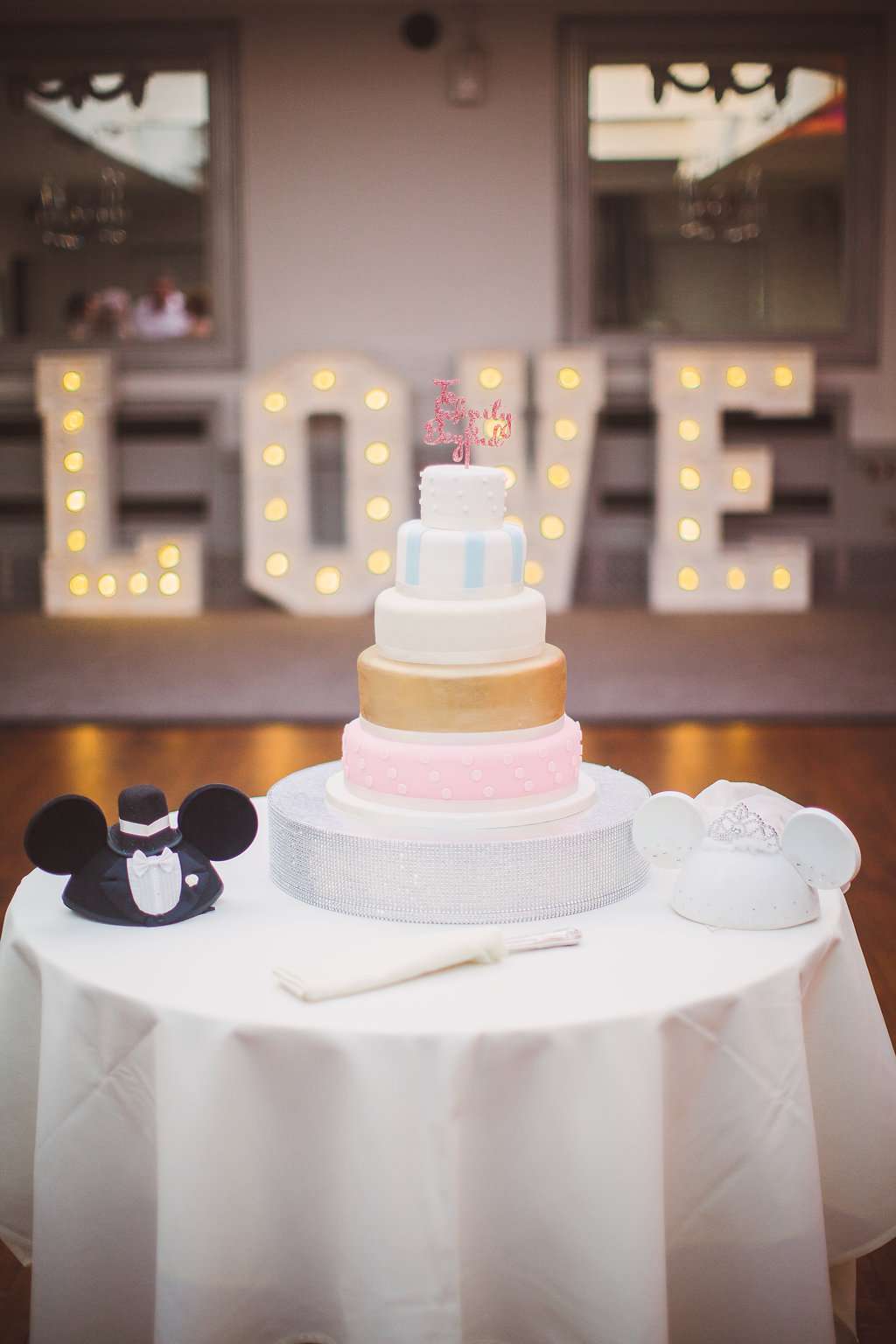 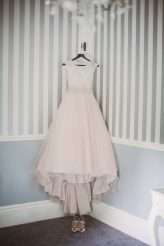 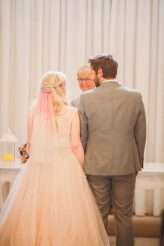 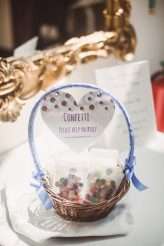 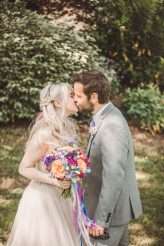 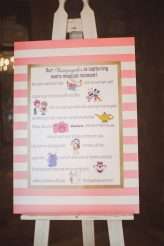 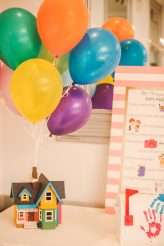 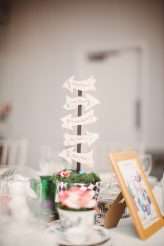 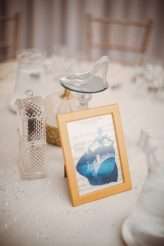 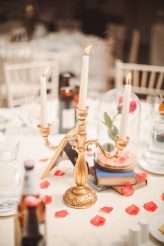 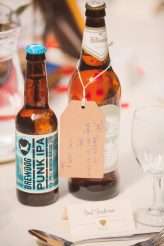 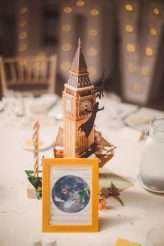 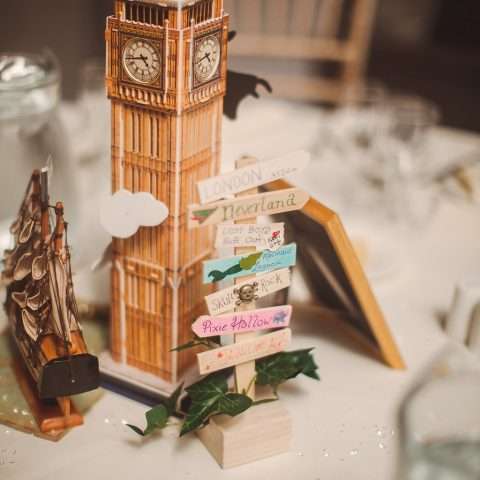 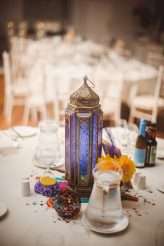 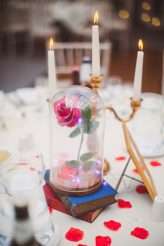 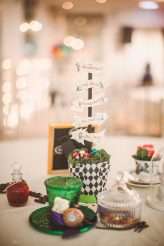 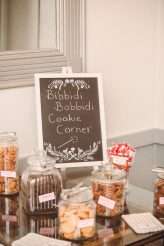 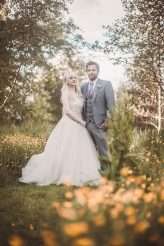 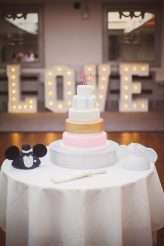 Liam and Sarah wanted a small wedding which meant they only invited their closest friends and immediate family. They had a big party at a later date for everyone else.

The inspiration for Mary and Alex's colourful wedding was family. Having two kids, it was important to them that they were involved and enjoyed the day too.

I'm not going to lie, I have a bit of a soft spot for Disney weddings and I'm pretty sure you're all going to love this just as much as I do! That cake, the Mickey and Minnie balloons, the perfectly executed themed tables and, of course, the bride's Cinderella shoes... I mean, there's just SO much to love!