Corinna and Ady met at a punk gig in 2013. The inspiration for their wedding was music, each other and their mutual love of tattoos.

Their reception was held at The Bridge Inn in Stalybridge. “We did everything to please ourselves”, said Corinna. “I think there is an immense amount of pressure on couples planning a wedding to make sure everyone else is happy, and this can be so stressful on what is supposed to be the happiest day of your life! So we promised each other to only do what we wanted, if people didn’t like it, well, it wasn’t their wedding! It turned out to be the best day of our lives.” 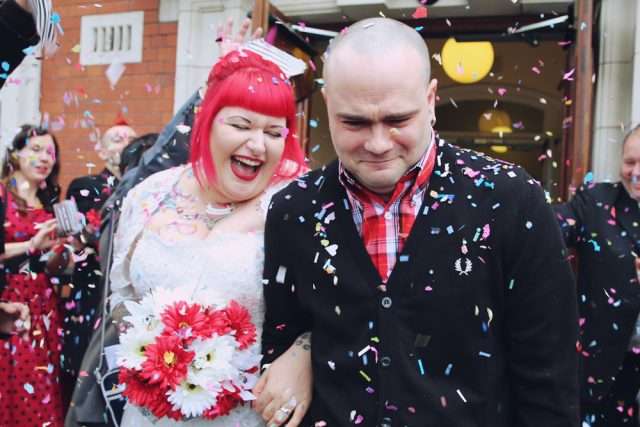 Their budget as £4500, including a week in Majorca for their honeymoon, and they kept costs down by doing lots of DIY and calling in favours. “My dad’s band provided the entertainment and my sister DJed. We had a buffet instead of a sit down meal and the function room was free! We made own invitations and did all the décor. I got a bit giddy over all the little things I bought! I got lots of fairy lights, union jack bunting, red glass candles for each table, heart shaped balloons, a light up ‘A & C’, just married bunting, and a few Mr & Mrs signs. We also made our own confetti by ripping up coloured and glittery tissue paper from Poundland. I was gobsmacked how expensive it was to buy ready-made!” 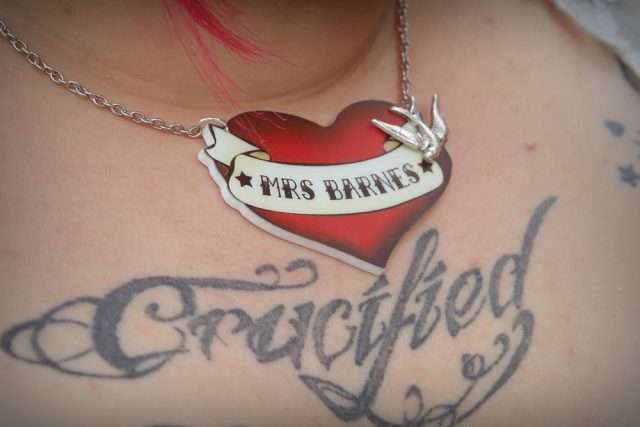 The bride bought her dress from a bridal outlet store for £600. She wore it with white Dr Martens and her own jewellery. She also didn’t carry real flowers, opting for a faux flower bouquet which she made herself from flowers from eBay and Wilkos. 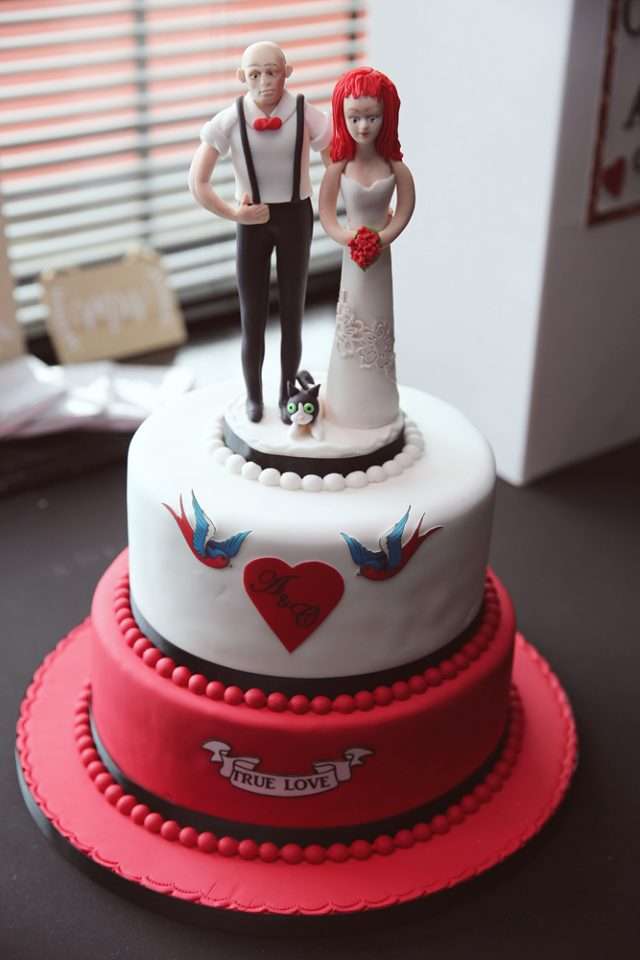 “I’ll admit, I did find wedding planning hard – that’s something I wish I’d know before we began”, she said. “There’s so many little itty bitty things to plan such as what kind of underwear looks great but is also comfortable all day underneath a skin tight dress, what lipstick looks rood and doesn’t smudge all over your new husband’s face… the list is endless!” 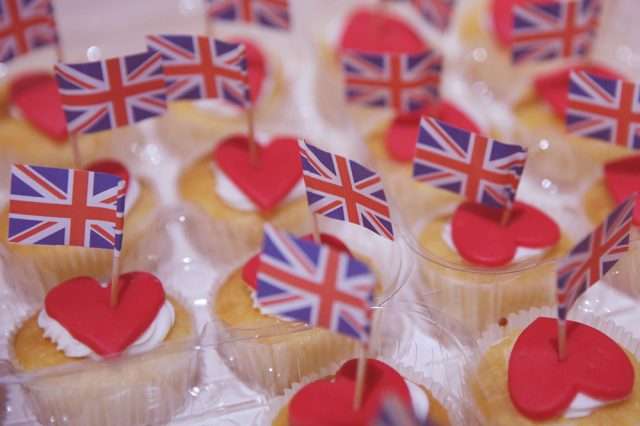 “Being skint for a year and half was the worst thing about planning the wedding, but the best was definitely the excitement about being husband and wife!” 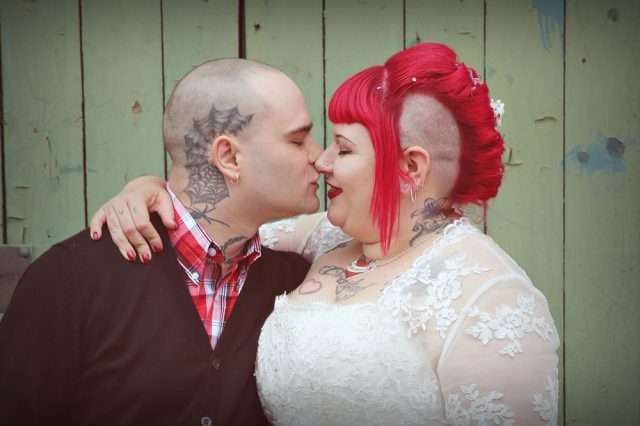 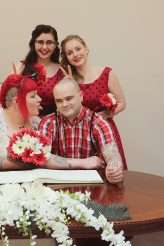 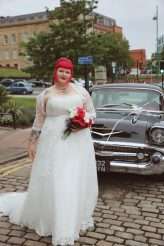 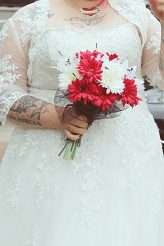 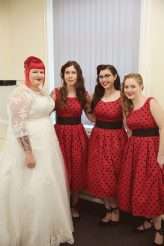 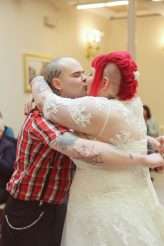 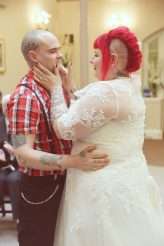 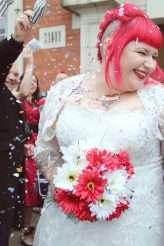 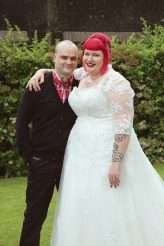 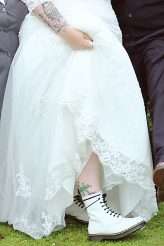 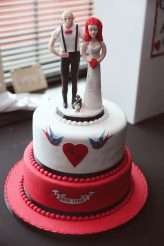 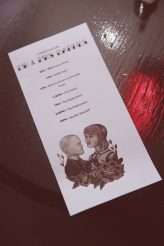 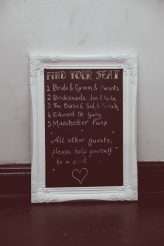 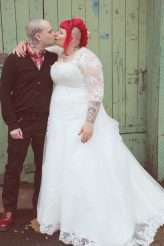 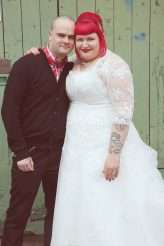 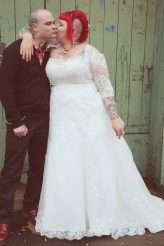 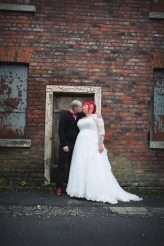 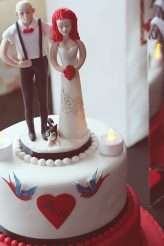 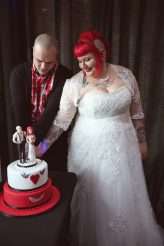 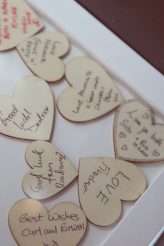 The £500 Wedding Planned in Seven Days!

No that isn't a typo - Lucy and Adam really did only spend £500 on their wedding and they planned the entire thing in a week! With some super clever ideas (and a mother who used to be a professional photographer doing their photos as a gift) the wedding turned out just as beautifully as one with a budget ten times the size.