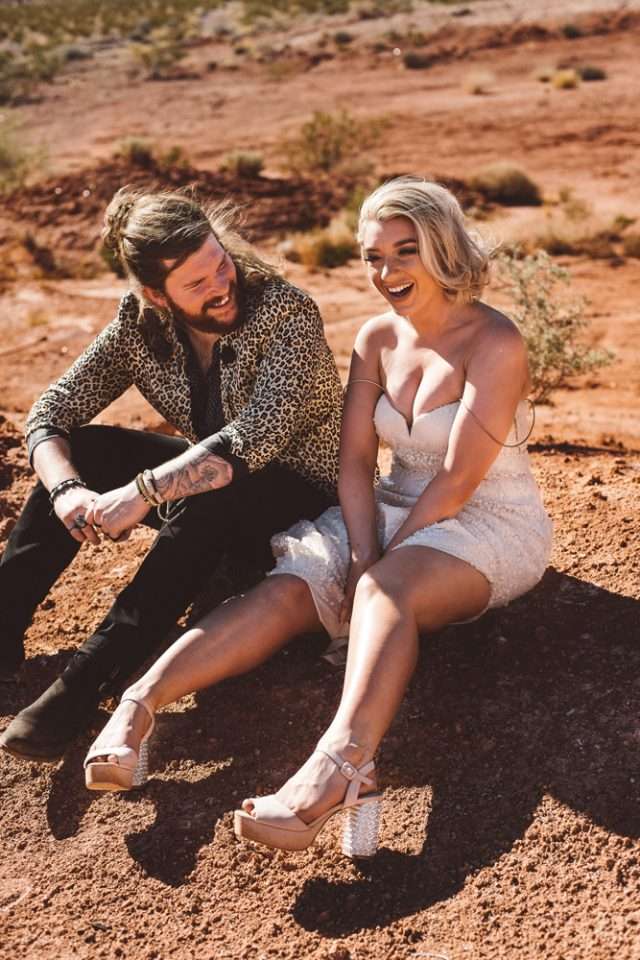 Sarah and Olie’s wedding can best be described as old school Las Vegas. They both love Downtown and the history of Vegas so wanted to capture that feeling on their day. They didn’t keep to any strict plans, guest lists or time frames…they wanted to just go with the flow!

“We had been to Vegas on two other occasions and knew that if we where ever to get married it would have to be there,” explained Sarah. “Our main goal was to have as much fun as possible and this was the most unplanned planned wedding!”

“We had a vague idea of what we wanted, picked dates, booked flights, rooms and everything else was fluid. Our wedding was open for anyone to attend and we made it up as we went along. This included changing Elvis’s songs once we arrived at the chapel (to something more upbeat so we could all have a dance) and changing our wedding reception venue last minute! We just went with the flow and everything was perfect.” 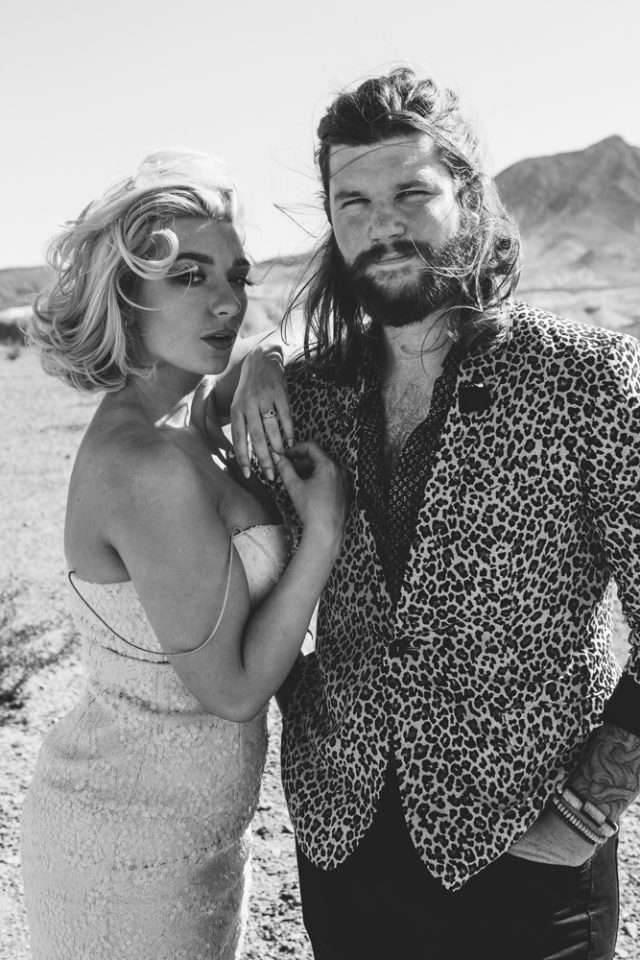 Before the wedding they met with their photographer, Ashley Marie Myers, for a pre-wedding photo shoot. “Las Vegas was experiencing a heat wave and the temperature was reaching 117 degrees!” she explained. “Ashley was amazing and came equipped with ice cold water and beer. We would jump out of the car, snap a few pictures on what felt like the surface of Mars, and quickly dive back into the air conditioned car again!” 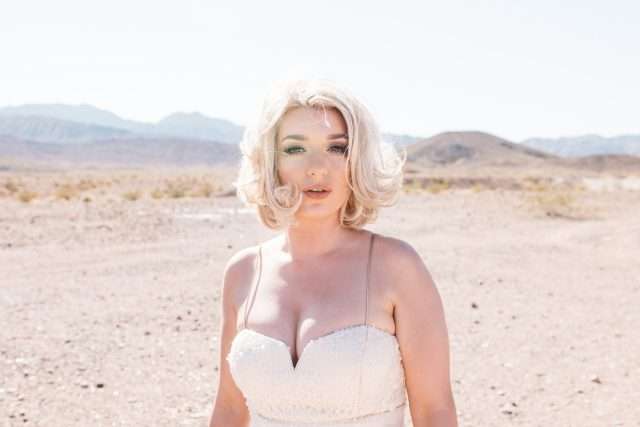 They had a small ceremony at Graceland Wedding Chapel and also streamed it live online for their friends and family who couldn’t be there with them. “The ceremony was amazing! We only had 10 guests with us but the whole thing was filmed on Facebook live and streamed directly from the chapel. As a result everyone we know was able to watch back home which was amazing. The service was short but the perfect mix of romantic and funny. All our guests had Elvis sunglasses and would put them on during the ceremony to dance and sing along. There was so much energy and laughter throughout the whole service. Elvis was great too and really played up to the camera throughout. After the service we had some photos taken inside the chapel and went outside to the small but charming courtyard. Our guests were waiting for us there, blowing bubbles!” 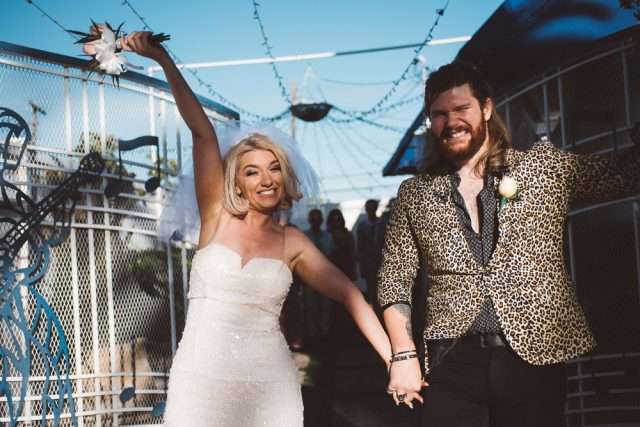 They had originally planned to have their reception meal at a fast food chain, but changed venues last minute based on a suggestion from Ashley! “Our photographer suggested a very small independent gourmet hot dog restaurant. The restaurant was itself housed in an old shipping container and as a result we filled it completely! it was like having our own tiny little reception venue. It was a last minute change of plan but the best decision! Later when we arrived at Atomic Liquor, Vegas’ oldest freestanding bar, we were greeted by an extremely raucous applause by all the strangers in the bar! Having reception drinks there with the music and atmosphere was just perfect and we felt like we had stepped back in time.” 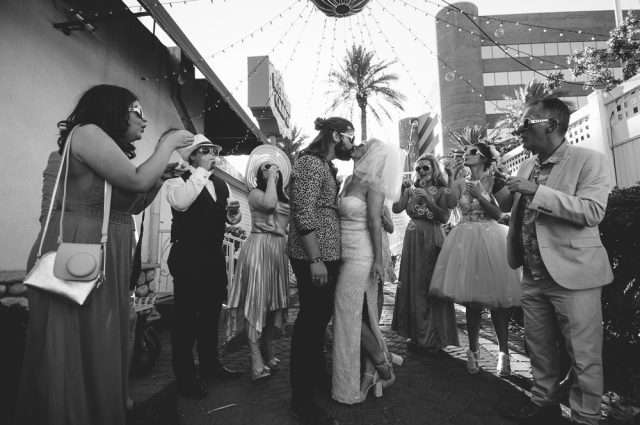 Their biggest expenses were flights and accommodation but they saved money on Sarah’s outfit. “My wedding dress was bought in the sale from an outlet store, originally priced at £250 but reduced to £45! My veil was made by hand by my mum. I wanted a replica of Priscilla Presley’s wedding veil, large, stiff, square and very typical of the time period.” 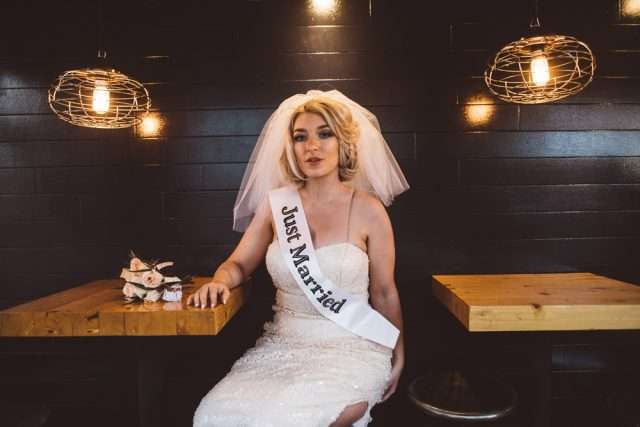 During the planning process, they found the time difference sometimes caused difficulties and delays when trying to liaise with venues and suppliers. “Planning with the time difference in mind, contacting people and getting replies by phone or email was sometimes difficult. But we still really enjoyed it. We would spend Friday nights with a glass of Bourbon, researching the different places we could visit once in Vegas and what we wanted to share with our friends and family.” 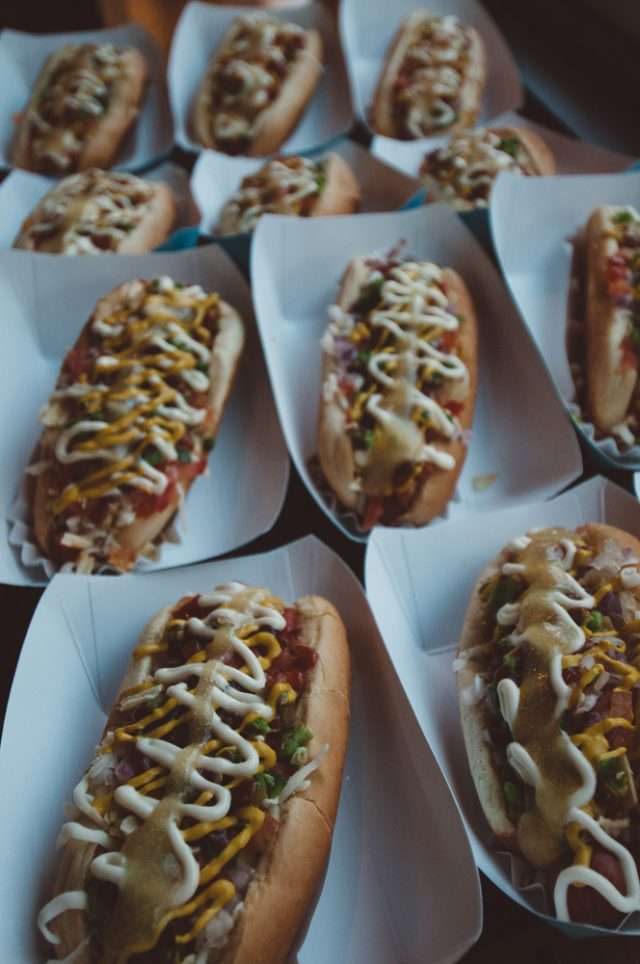 “Our advice for future brides and grooms is do what is right for the two of you and don’t get hung up on the small stuff. We didn’t have most of the smaller details that you expect at a wedding and we honesty didn’t miss them. Our wedding was fun and full of energy. When we look back on the photographs the one notable thing is that everyone is smiling and happy. We planned a wedding that we knew we would love and our guests clearly loved it too.” 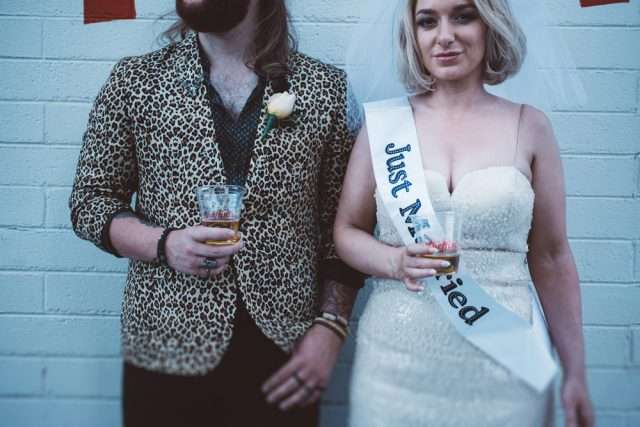 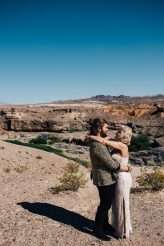 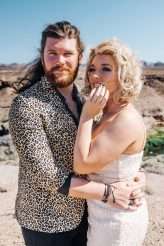 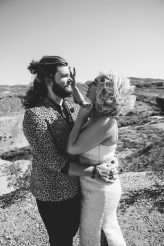 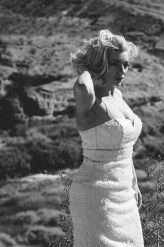 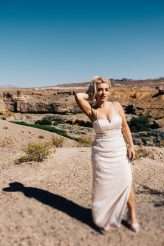 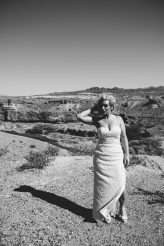 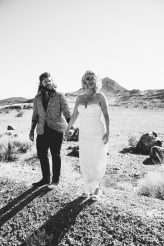 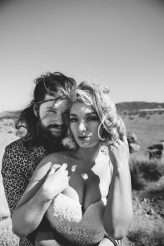 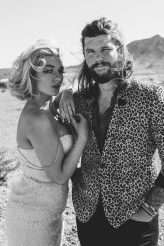 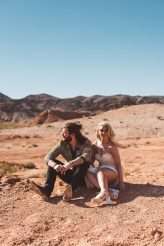 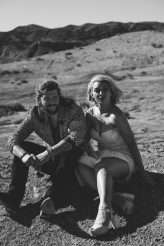 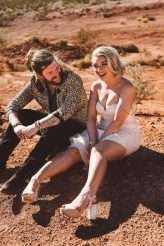 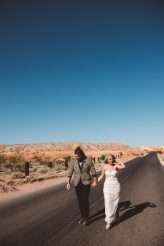 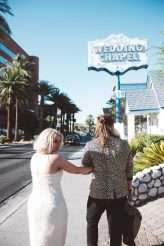 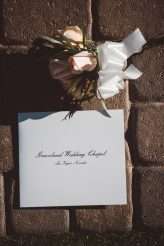 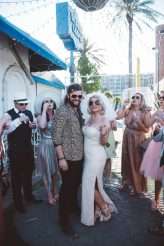 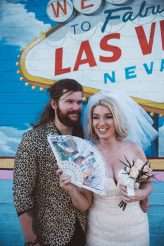 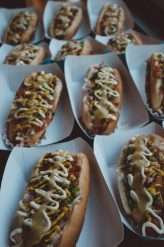 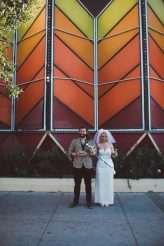 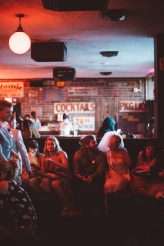 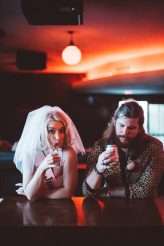 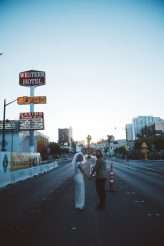