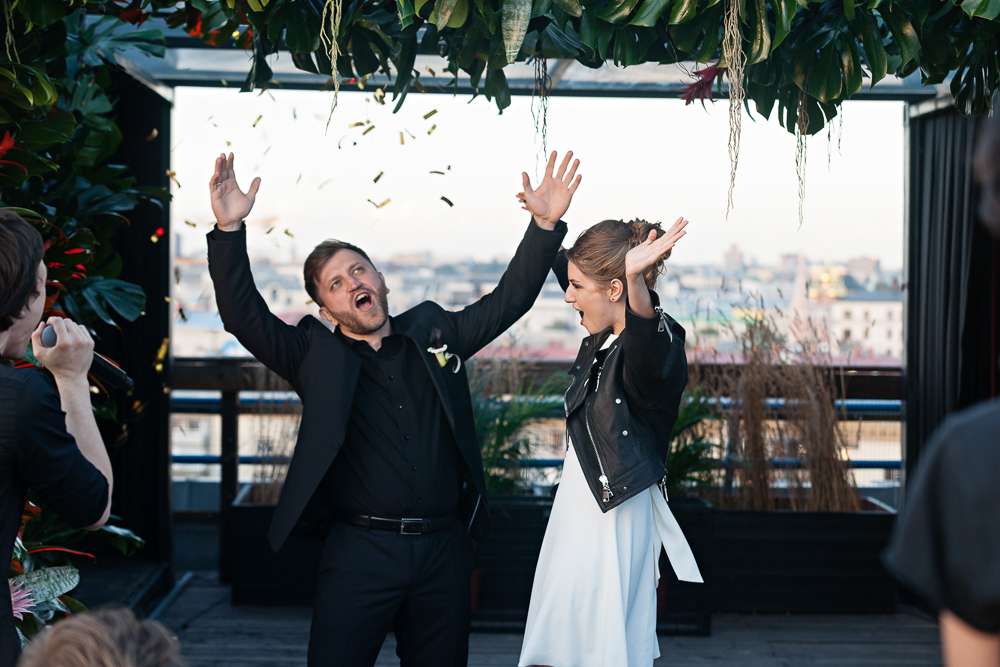 Alice and Andrew’s 50-guest wedding was held on a rooftop in Moscow. They gave their guests a dress code to wear only black, and the cake was all black as well. As I’m sure you can guess, black is the bride’s favourite colour. They really just wanted to get married and have a huge party – so that’s exactly what they did! 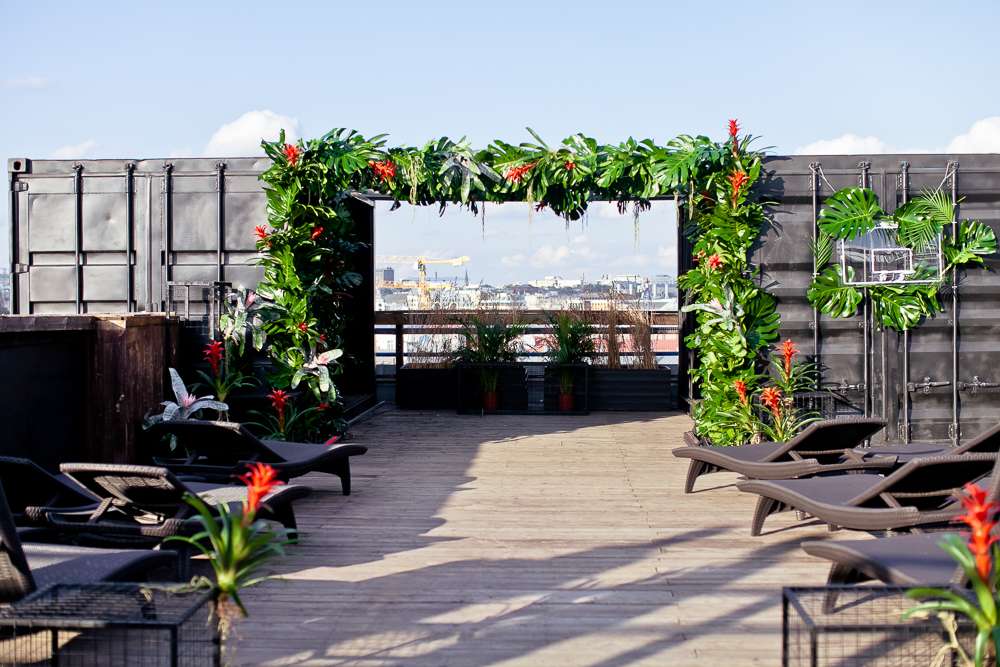 “Our first idea was that we would have a pool party!” said the bride. “But the weather in Moscow in September differs completely from the west. It may be 20°C or it could be 5°C! So instead we decided to have a party on the urban roof with a magnificent view of the beauty of the Moscow city centre. The idea of a kind of ‘city jungle’ themed party came after we found the right rooftop. We loved the idea of a neon tropics theme!” 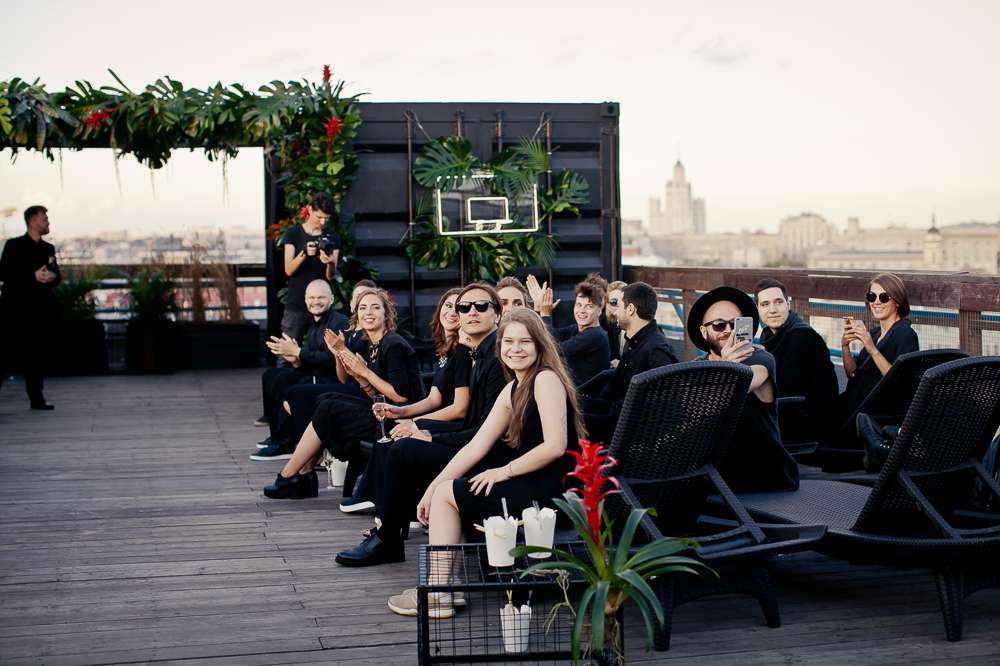 “Our wedding was totally different to most weddings in Moscow. When we decided to have the ceremony up on the roof we knew we wanted an unforgettable ceremony arch to get married in front of – not one that was plain or easy to forget! To fit in with the city jungle theme we took construction containers, removed the labels and painted them black, then we added tropical leaves. Instead of normal chairs for our guests to sit on we had black loungers and we gave everyone a cocktail to enjoy during the ceremony!” 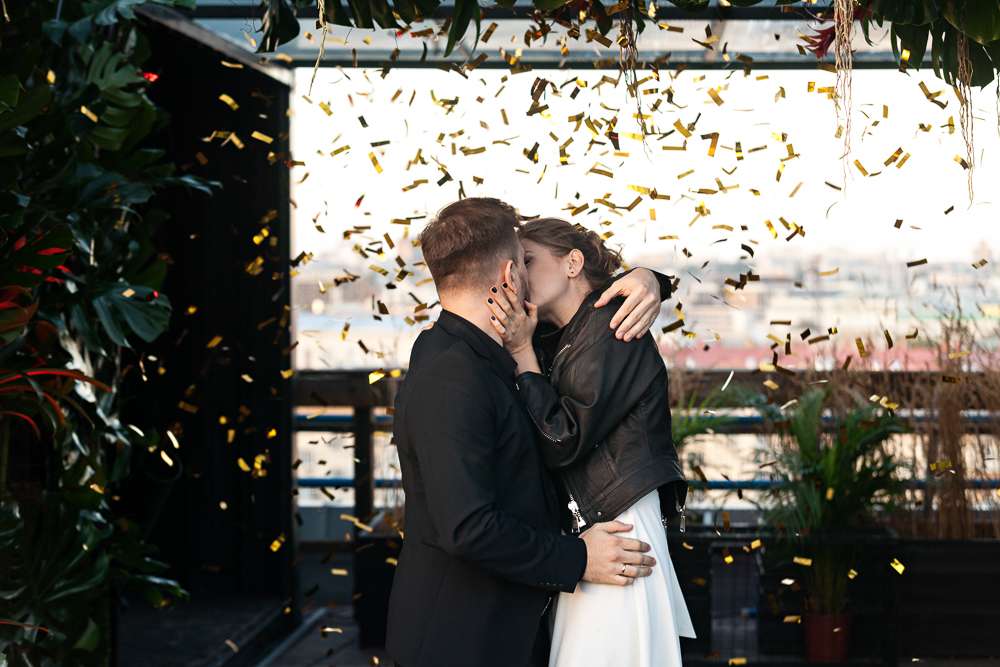 The black wedding cake was a huge hit with the guests too. “Our total black wedding cake made a splash on everybody”, the bride continued. “It was decorated with a golden chain and praying hands, inspired by the cover of Drake’s album. Inside it was an absolutely stunning red velvet filling.” 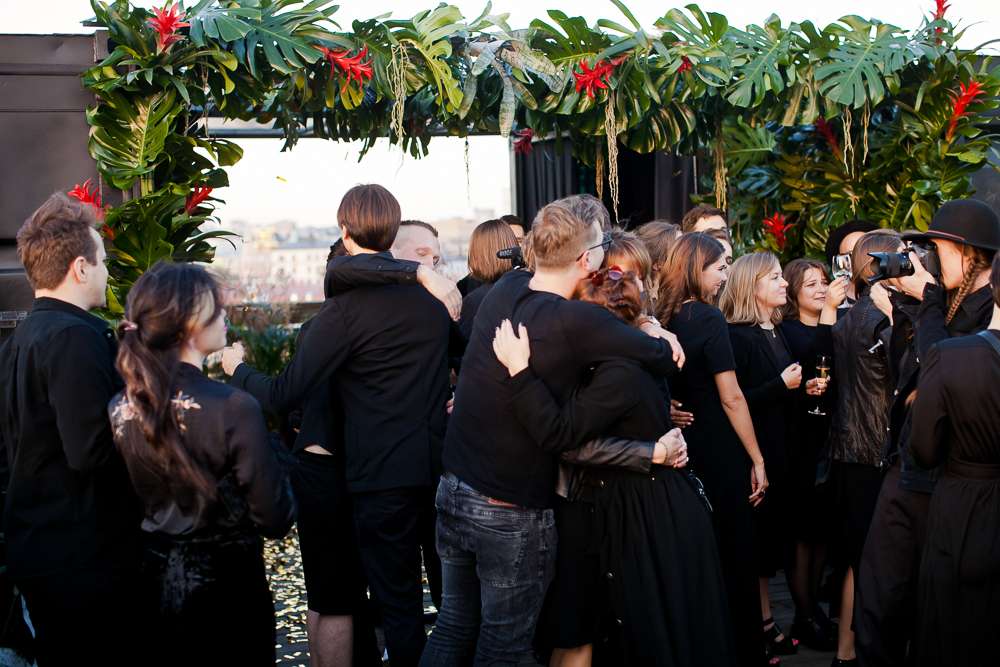 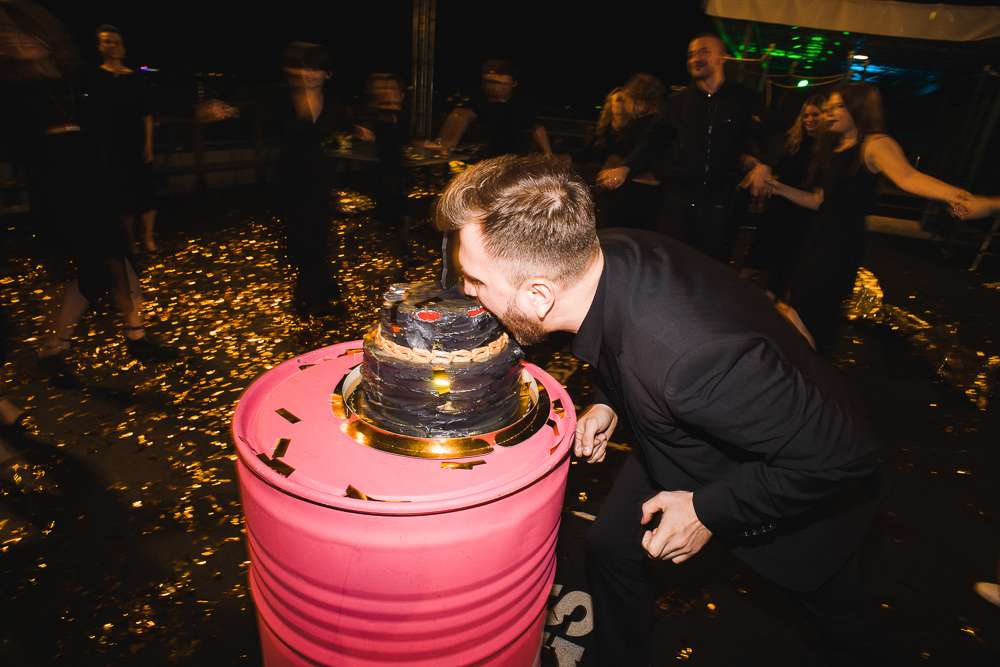 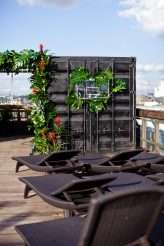 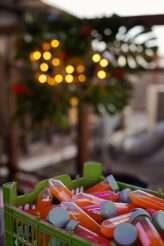 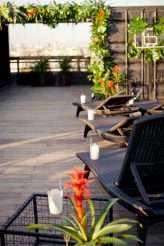 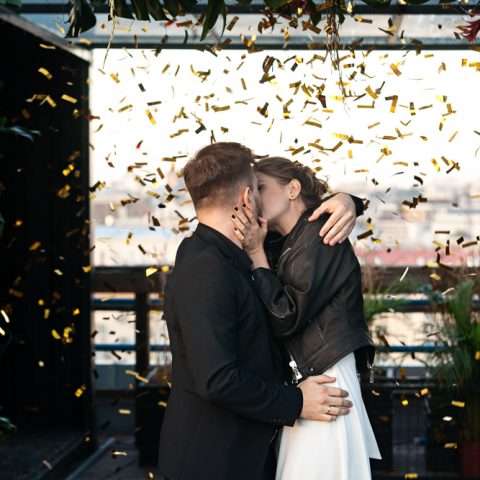 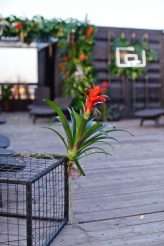 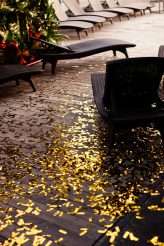