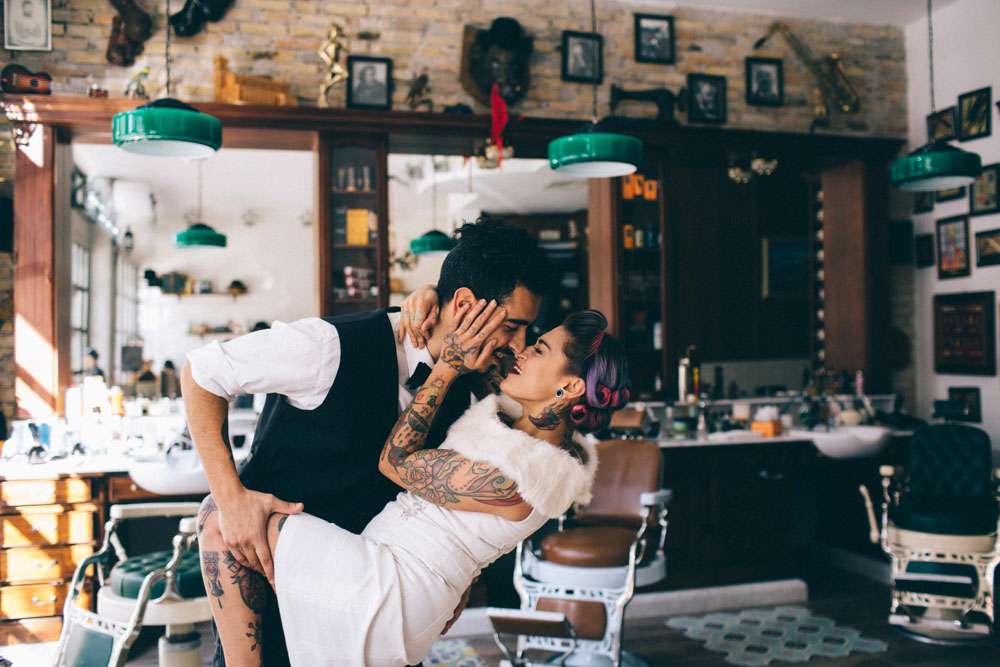 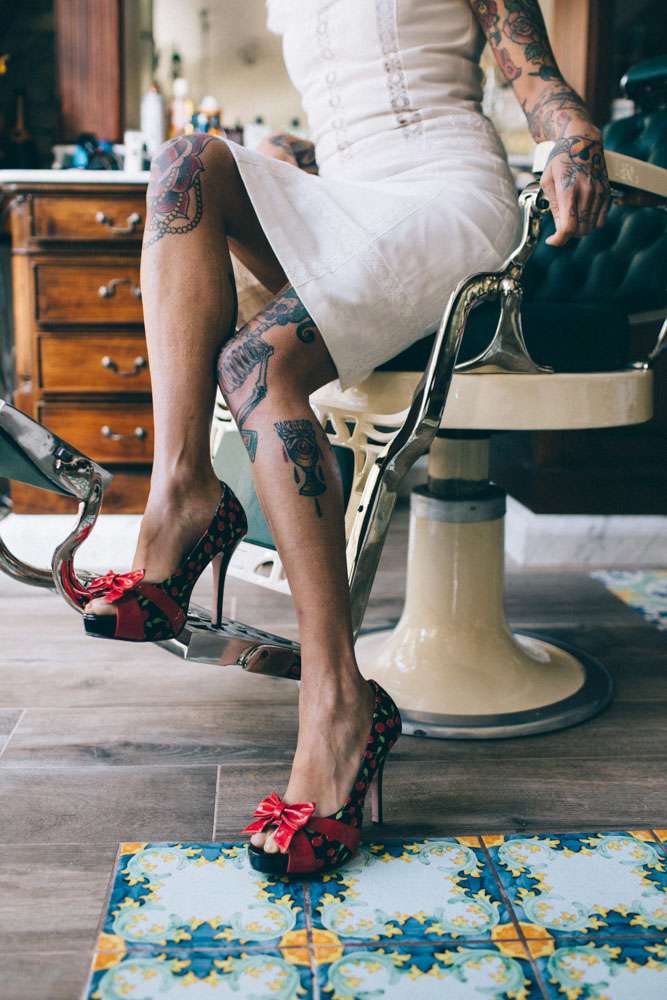 “Valentina and Jacopo are Rock n Roll dancers and they own a tattoo shop”, explained photographer, Vanessa Repupilli. “They wanted their pre-wedding shoot to reflect their love of retro and for it to be romantic. Figaro’s, the barbershop, is full of vintage details which really helped me to tell the story.” 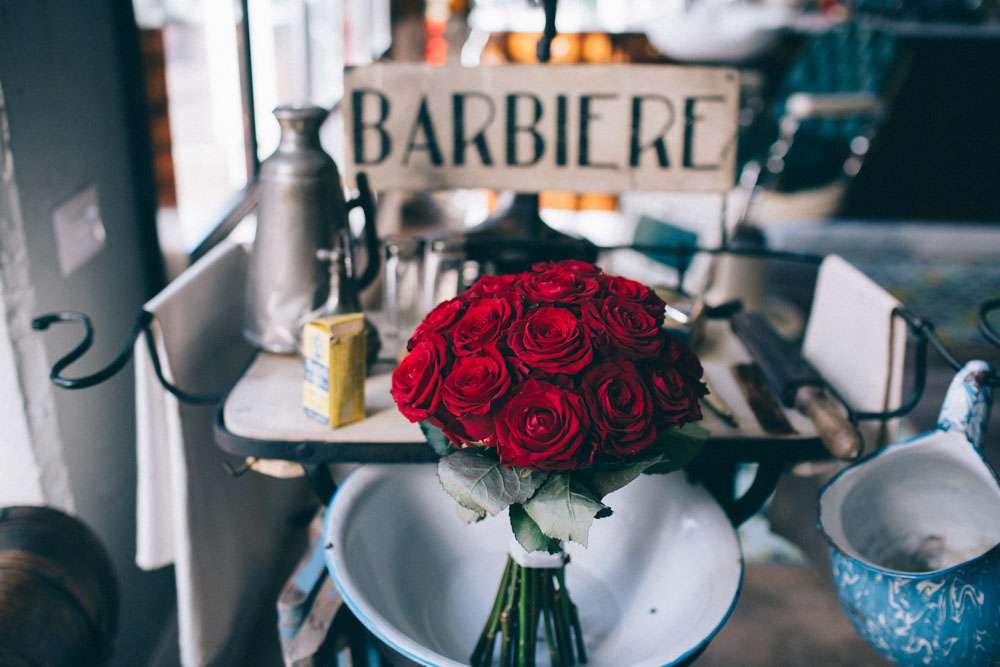 “This shoot was unconventional, full of colour and happiness and I hope everyone enjoys looking at the photos.” 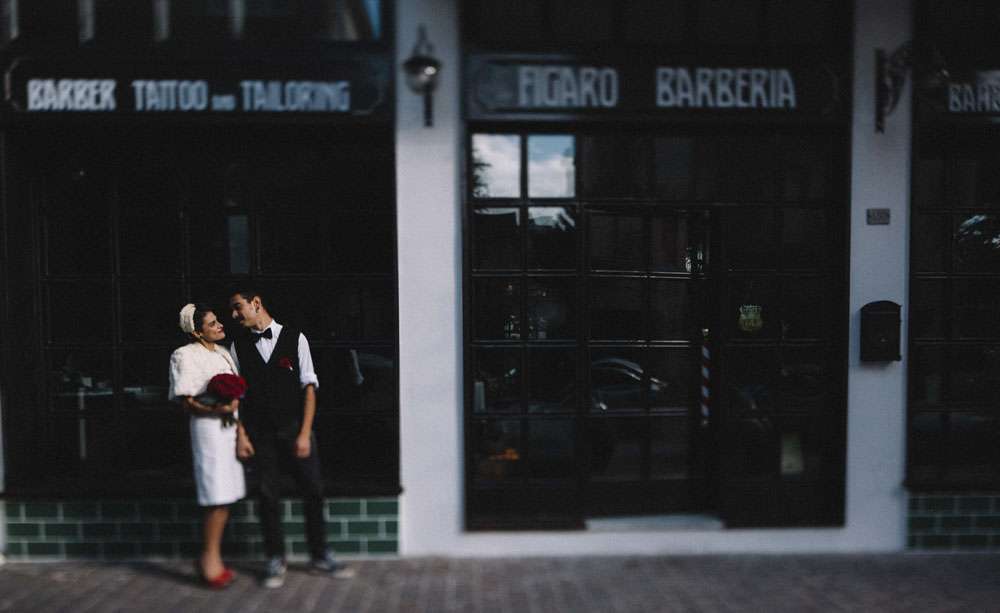 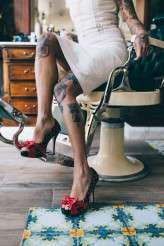 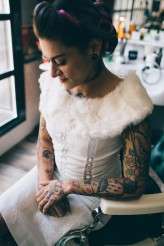 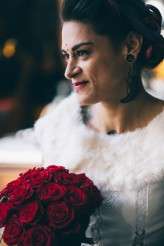 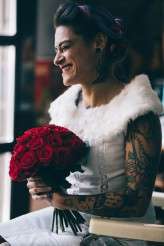 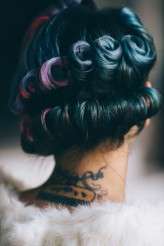 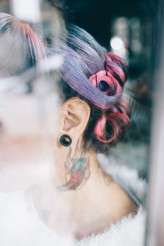 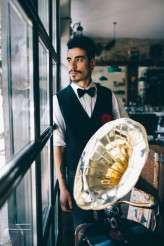 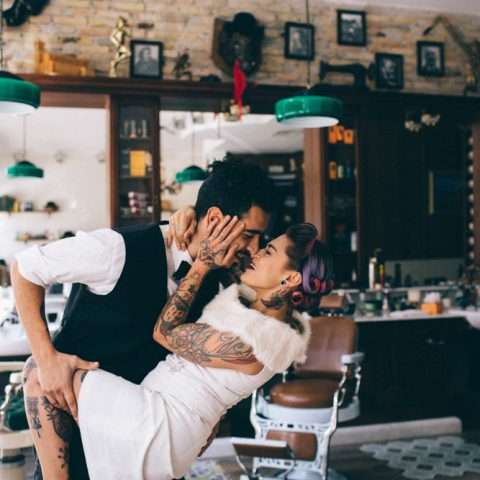 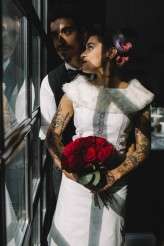 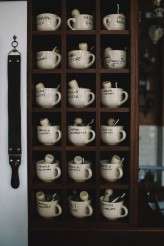