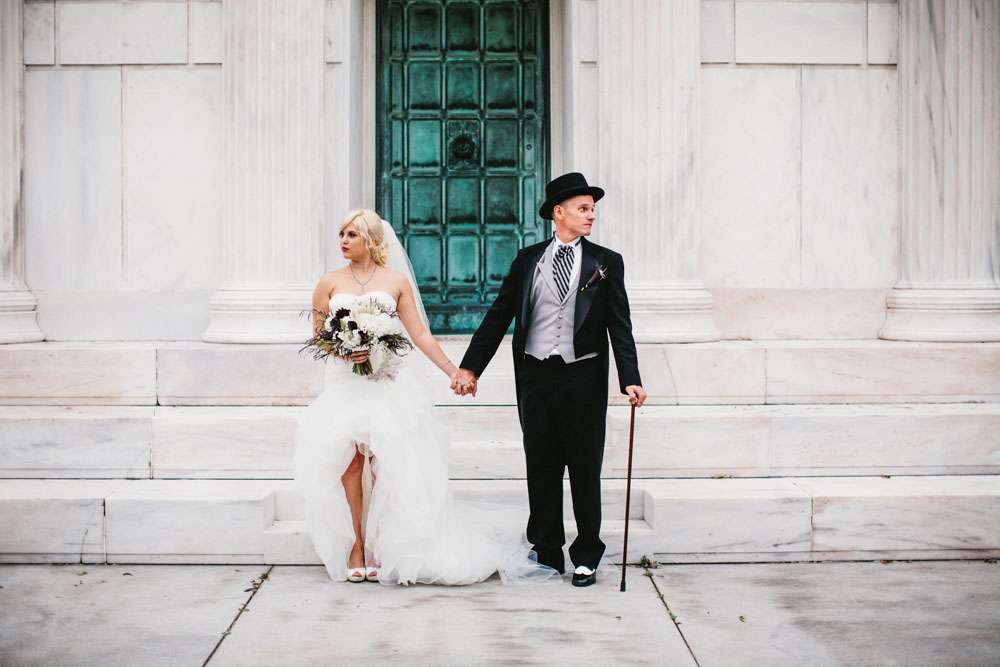 Mike and Poli were married at Hollywood Forever Cemetery in Los Angeles, just before Halloween. They both play in punk rock bands, which is how they met, so their love of music also influenced their day. 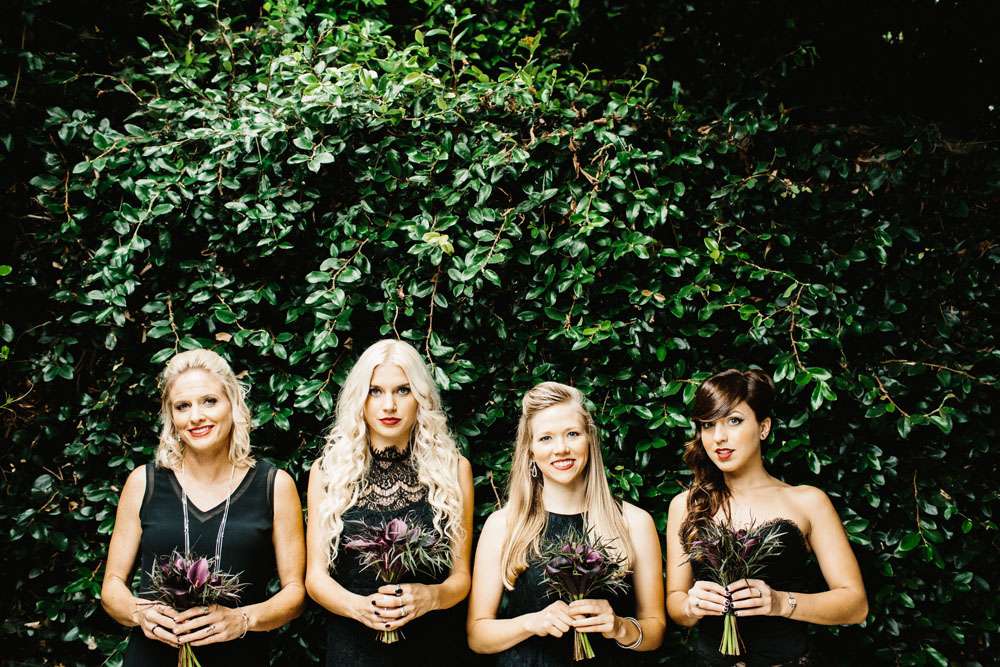 “Our wedding theme was old timey Hollywood elegance meets clandestine cemetery congregation of an arcane secret society”, said the bride. “We are both intrigued by the boundless realm of the supernatural and the allure of mysterious Los Angeles history, both of which are represented in the spooky tranquillity of Hollywood Forever. Once we picked the venue the theme and all of that came together pretty easily. It was our biggest single expense but it was, without a doubt, totally worth it. ” 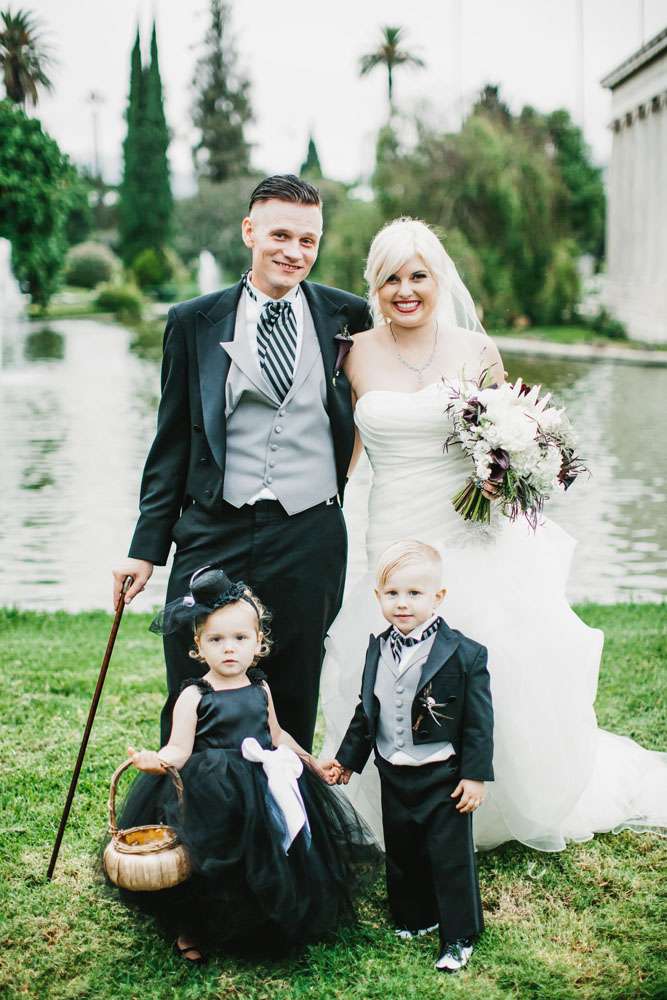 “Halloween style weddings, while decidedly untraditional, are not unheard of”, she continued. “However what made ours particularly special was the authenticity of the venue, the restrained use of autumnal and morbid flourishes and the punk rock edge lurking amidst the weird classiness.” 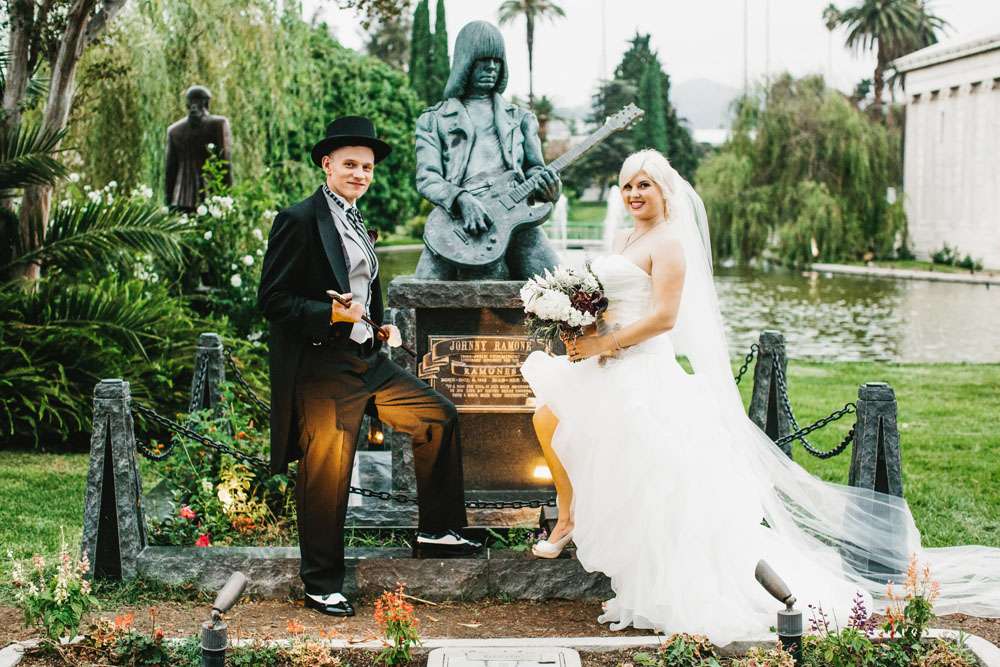 The ceremony took place outside in the cemetery. “It was fairly short and totally secular”, Poli remembered. “The processional music was all curated by us. The groom, officiant, wedding party and ring bearer/flower girl entered to Tom Waits’ Innocent When You Dream. I pulled up in the venue’s 1930s Rolls Royce hearse where I was greeted by my father right in front of Johnny Ramone’s memorial statue. Fittingly, this was underscored by the Ramones’ She’s The One. Our officiant was bay area ska-punk legend Mike Park.” 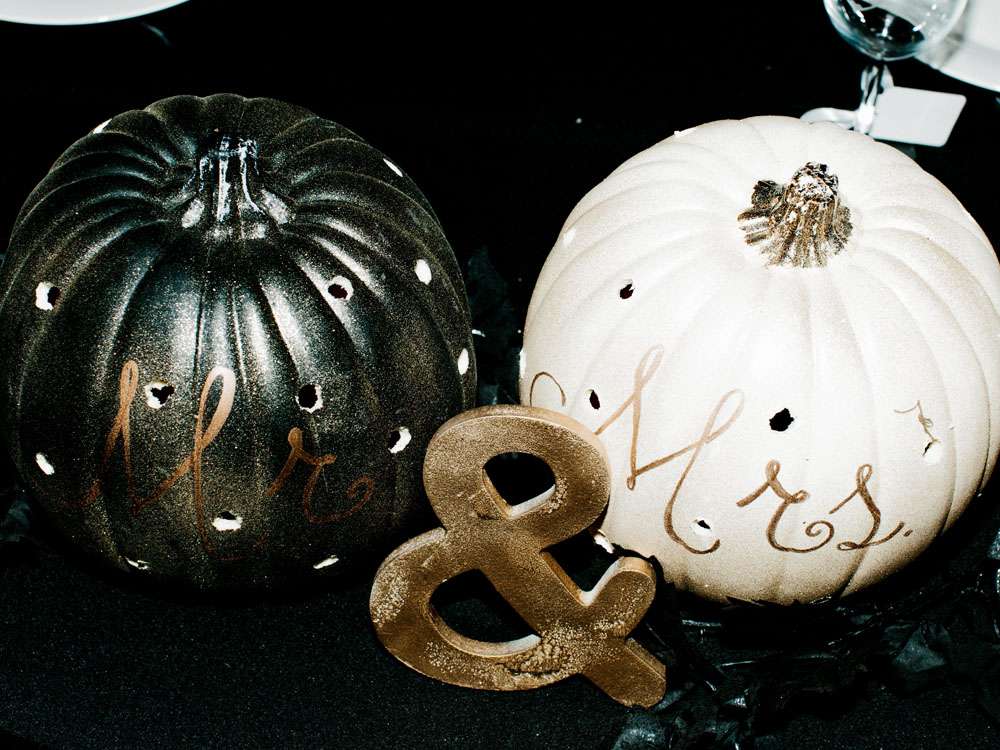 “Having our son Adler as the ring bearer was one of the most special parts of the wedding. Even though he is a maniac and ran around the venue during the entire ceremony, it wouldn’t have been the same without the little dude.” 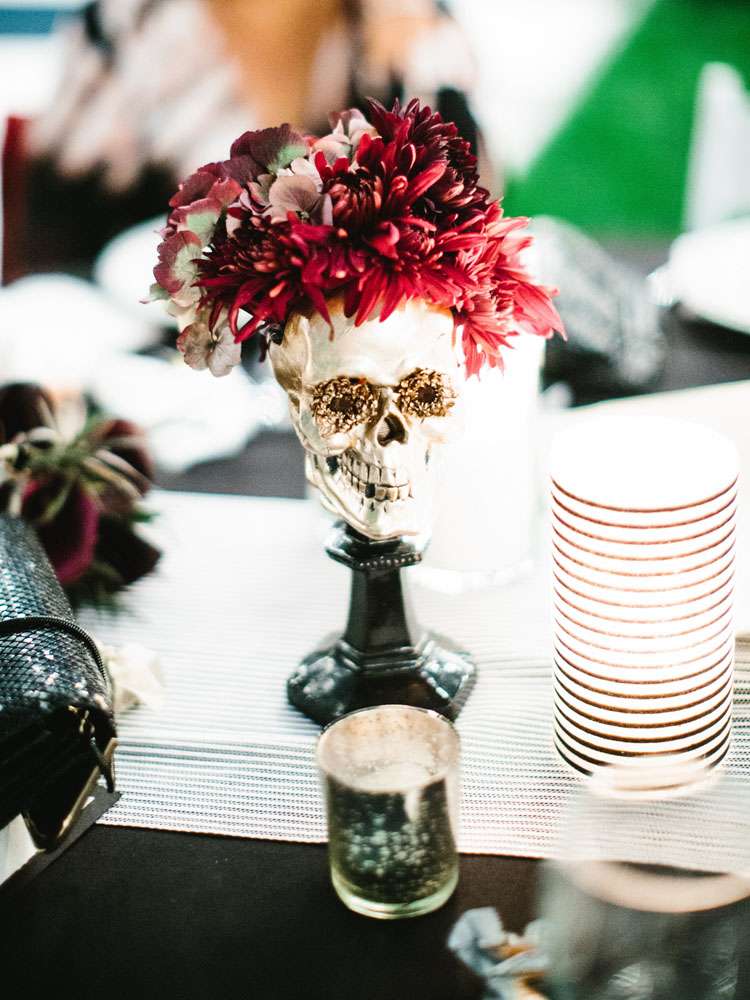 “There’s not much we’d change about our wedding”, she concluded. “But we bought way too much alcohol! We decided not to provide spirits and evidently underestimated our guests capacity to sneak flasks into a graveyard. We ended up with 2 ½ kegs worth of leftover beer!” 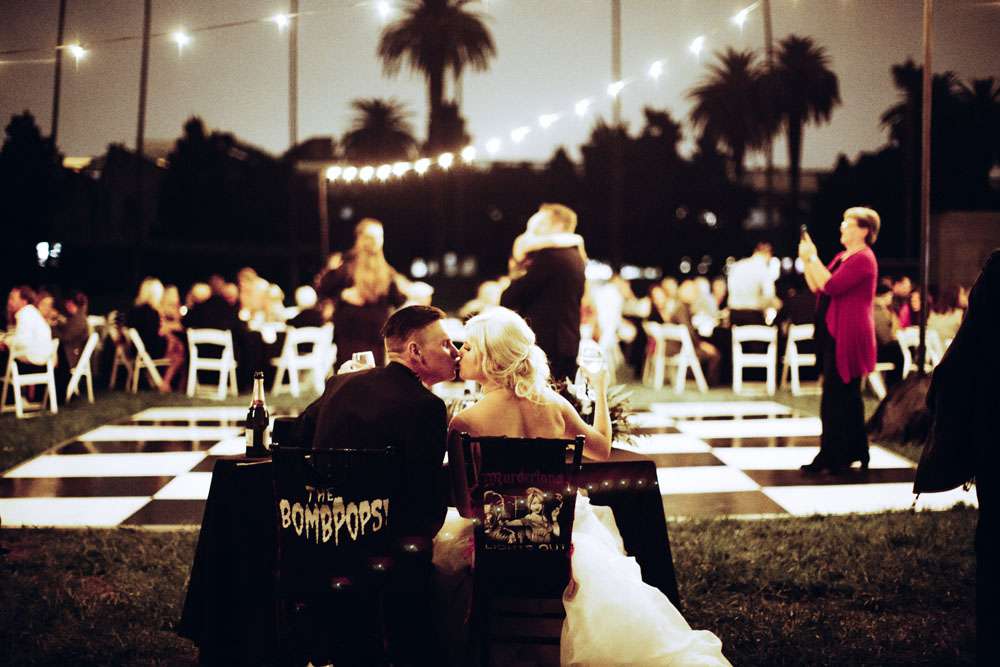 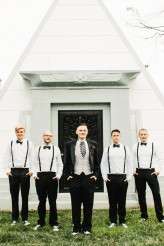 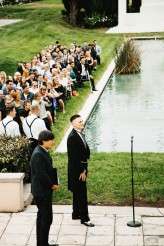 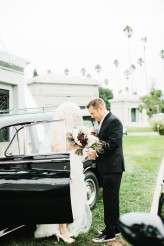 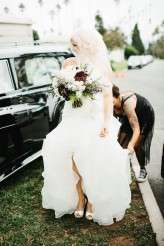 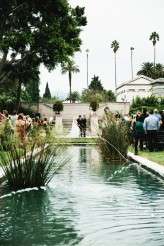 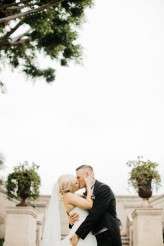 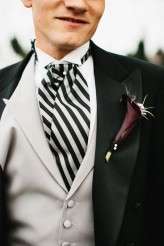 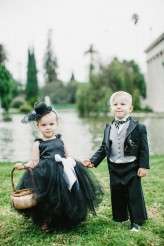 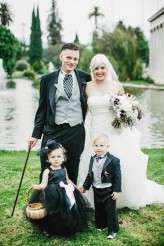 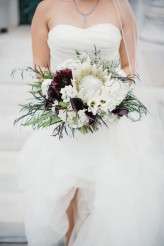 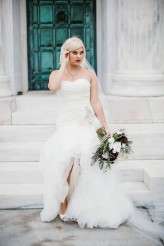 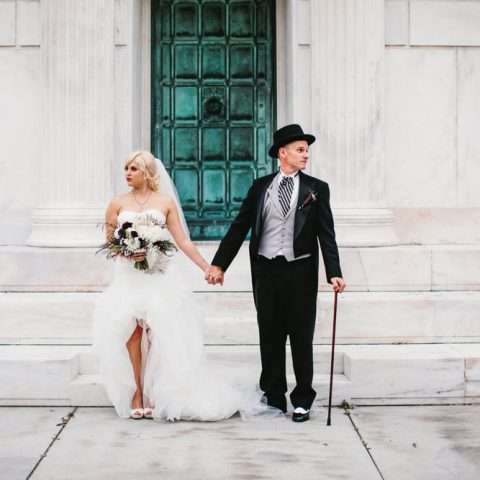 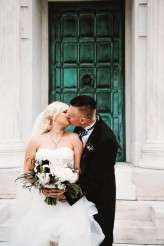 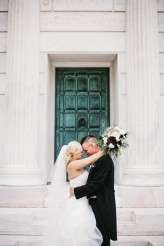 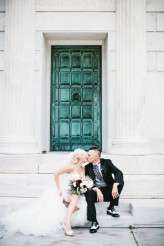 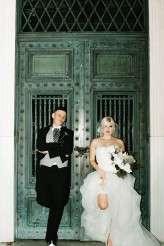 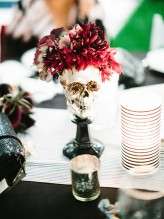 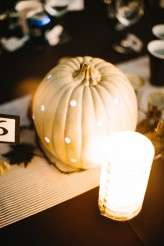 Renee and Richie love candles but aren't big fans of flowers, so they decided to not have any at their November wedding. Instead they incorporated fog machines, smoke bombs and candles to create a spooky ambience on the day. The bridesmaids carried incense burners, and as the couple walked up the aisle to be wed, they lit candles held by their guests to guide them. They were also heavily inspired tarot cards, incorporating them in the invitations, signs and centrepieces at the reception.

Marc and Chloe have always been interested in gothic style and an alternative lifestyle - meeting at a metal gig in 2012 - so it was never a question that they’d have anything other than a wedding that reflected their true selves!