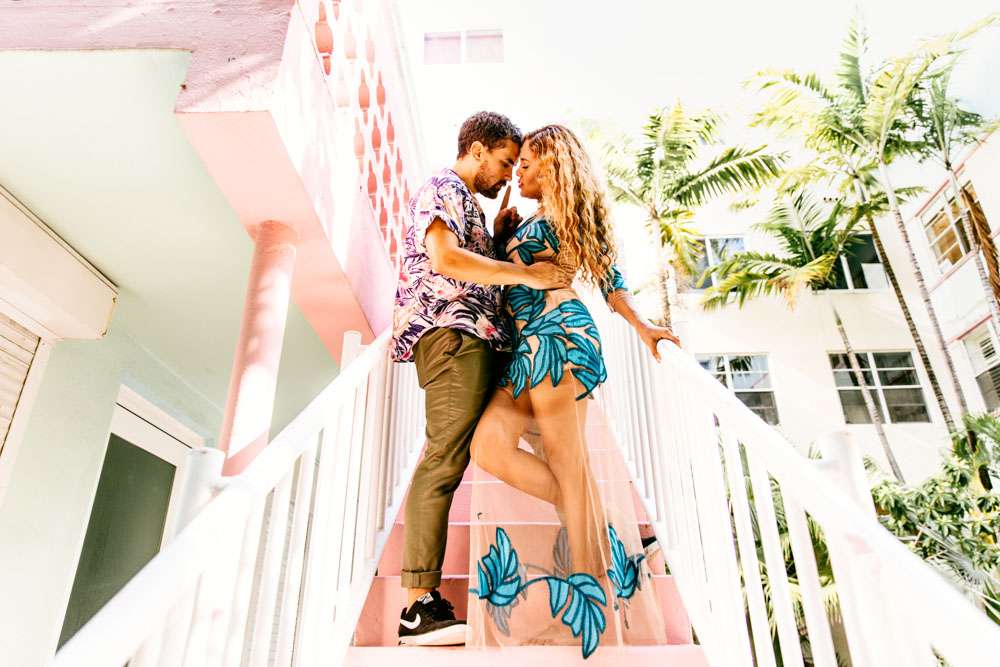 Are you having an engagement shoot? If you weren’t planning on one, this awesome session that was sent to me all the way from Miami might just change your mind!

“When the bride contacted me, she said she didn’t want the typical Miami engagement photo session”, photographer Yesi told me. “We both quickly thought about the MIMO district and agreed that mixing Miami with old motels would be the perfect blend for old school glam with some raw indie editorial style photos.” 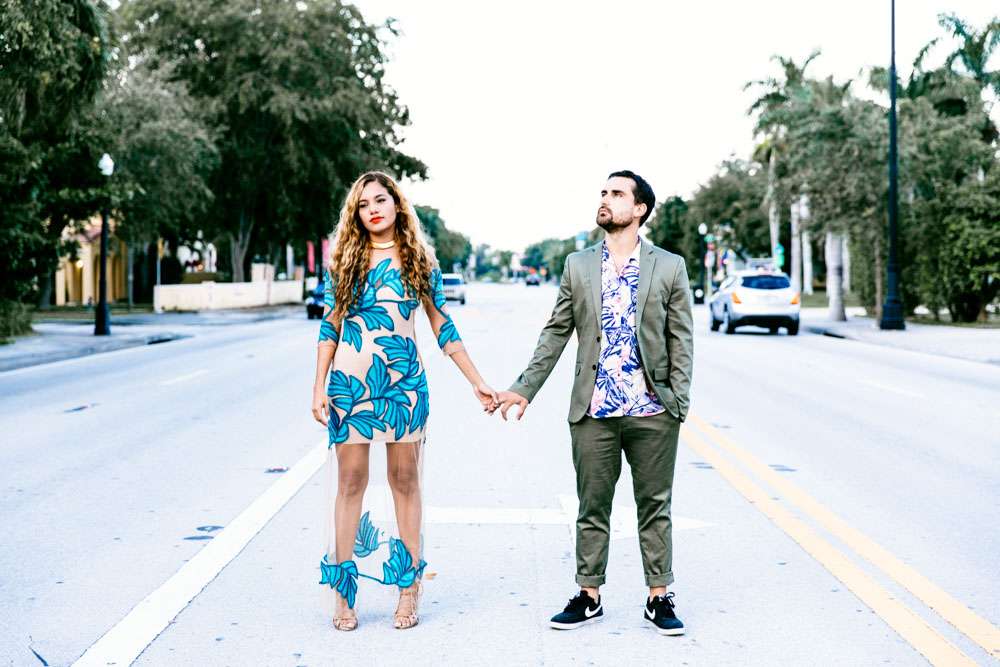 “Erika and Piero didn’t want their engagement session to be cliché and they didn’t want the usual poses. Rather they asked me to capture them hanging out and being themselves.”

Erika wore an amazing and colourful dress by For Love and Lemons and Piero donned a colourful shirt which was found at the Salvation Army thrift store. “This shoot is not your typical ‘stare into each other’s eyes’ engagement session”, Yesi concluded. “In fact, we strayed away from ‘poses’ as much as we could. We wanted it to have more of an editorial feel. This shoot tells a love story in a different unexpected way. We hope it inspires Rock n Roll brides to take a risk and have fun with their engagement shoot, to not settle for the usual.” 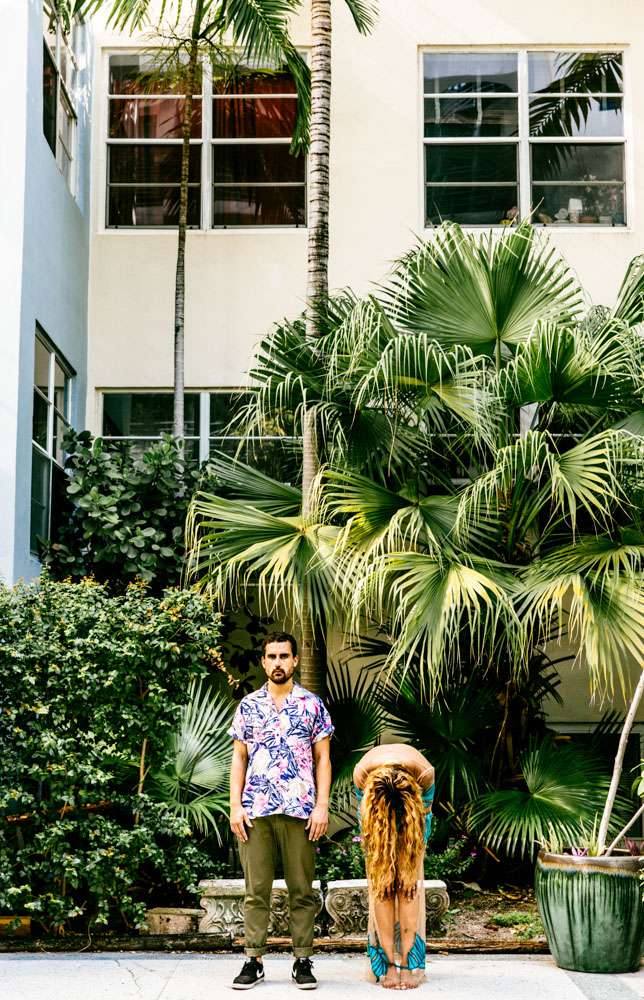 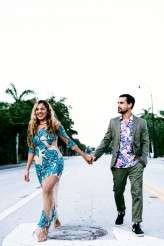 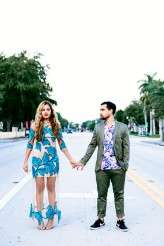 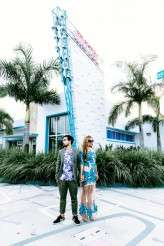 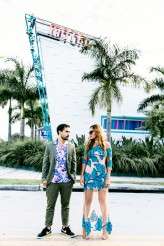 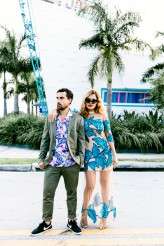 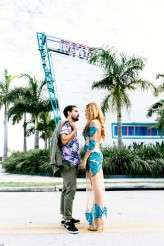 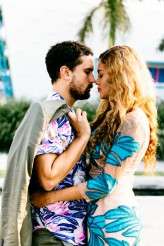 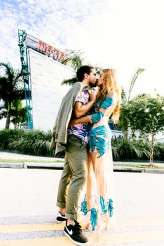 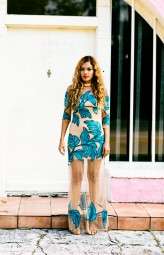 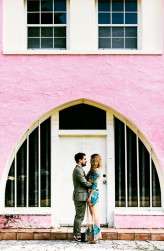 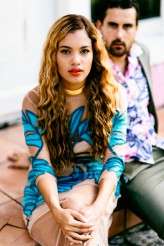 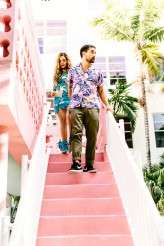 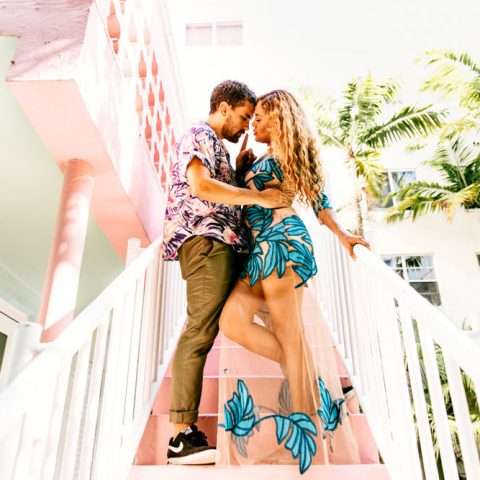 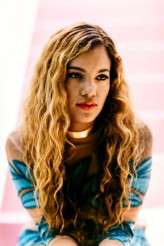 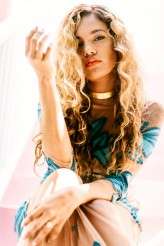 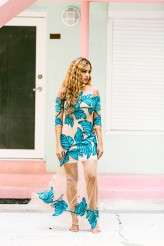 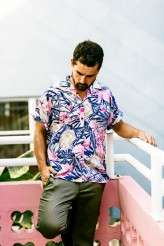 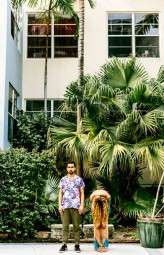 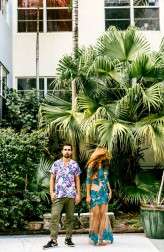 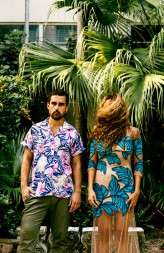